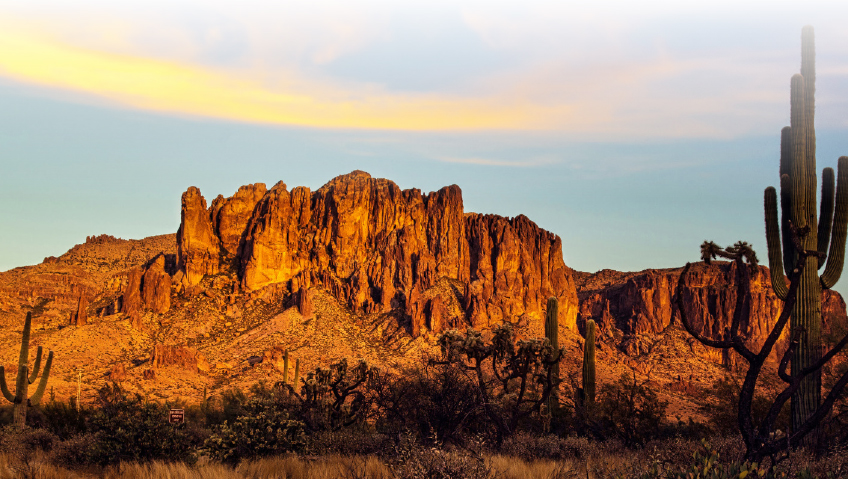 Located at the center of the Sun Corridor between Phoenix and Tucson, Arizona, and home to over 439,000 residents, Pinal County comprises both mountains and deserts, and boasts a wealth of economic sectors including copper mining, manufacturing, distribution, and agriculture.

The county is also ideally situated along primary traffic arteries of U.S. Route 60, Interstate 8 (Pinal County to San Diego), and Interstate 10 (California to Florida), allowing easy access for a wide range of manufacturing and distribution companies.

The county’s abundant options for recreation, culture, and tourism support the ongoing development of a diverse economy, high-wage job opportunities, and a very high standard of living.

These impressive elements combined with the “pro-business” environment fostered by Pinal County and local governments, the availability and affordability of land, water resources, a first-rate transportation and power infrastructure, and a skilled, trained, and available labor force, all contribute to the creation of a wide range of opportunities.

The county’s warmth toward business and programs like job training partnerships and reimbursements have kept Pinal County on the rise with high-end industries. These include electric vehicle manufacturing, the tech support industry, and building supplies, with names such as Lucid, Nikola, Hexcel, Monsanto, Abbott, Frito-Lay, Walmart, Tractor Supply, and Owens Corning already established.

In short, there’s an enormous amount of exciting development going on in Pinal County right now, and the future looks even brighter.

Vehicles of the future—now here

“Lucid Motors is a high-end electric vehicle manufacturer and a Tesla competitor,” says James Smith, Economic and Workforce Development Director. “Their vehicles are starting to hit the road now, and the current price points definitely make it an exclusive vehicle. They were the Motor Trend Car of the Year for 2022, and they’re being manufactured here in Pinal County. They’re really nice vehicles.”

Nikola, a company manufacturing 18-wheel diesel trucks and panel delivery vans, is working on all-electric truck vehicles with product already being delivered particularly to the Port of Los Angeles and Long Beach in California.

“There’s a tremendous interest from California in these green and sustainable vehicles,” says Smith. “It’s another exciting development.”

LG Energy—which has connections to Nikola and is expected to supply batteries for their trucks—has announced plans to build a $2.8 billion battery manufacturing plant in the county, a definite win-win partnership.

“We have a lot going on in our area, with approximately $7 billion in projects and 12,000 jobs that are already operating or have been announced within the last five years,” says Smith. “And electric vehicles certainly are one of the key industries for us. We are becoming an epicenter for these projects, which are green and sustainable.”

The semiconductor industry is another big local player, particularly in nearby Chandler, and has been a pillar of Phoenix industry for more than 40 years.

“The semiconductor company TSMC (Taiwan Semiconductor Manufacturing Company) is under construction with a $12 billion project in North Phoenix,” says Smith, “while Intel is doing a $20 billion expansion in Chandler as well, so there’s a need for more of the supply chain to support those two projects.”

That need is being met with six projects planned for the industry, primarily in Casa Grande, and including several international corporations such as Chang Chun, Kanto, Air Products, Jing He Science and LCY.

Bolstering the steady economic growth is the county’s highly desirable location, which Smith says is vital to the county’s ongoing success.

Location, location, location
“We’re strategically located. If a company wants to serve both Phoenix and Tucson, we’re right in the middle,” he says. “If they want to serve California and Texas because of our access to I-10 and I-8, they can, and can also serve Mexico too. Whether they need supplies from Mexico or are serving that market, we’re strategically located among some of the biggest economies in the world.”

The county is also conveniently close to a sizable commercial airport and can be reached by car in good time. In fact, most of Pinal County is within an hour from Phoenix Sky Harbor International Airport, while Phoenix Mesa Gateway Airport is situated not far from the northeastern corner of Pinal County.

There’s also the Tucson International Airport, accessible in about an hour, and the County has a number of general aviation airports, including Pinal Airpark in the south, which is the location of Evergreen Air Center, one of the largest airplane storage and heavy repair facilities for commercial jets in the world.

Rail is another key driver for much of the economic growth, adds Smith.

The third sector that’s seeing a lot of activity is building materials. Kohler, a global leader in bath and kitchen products, is busy building a million-square-foot manufacturing plant in the area, along with insulation manufacturer Owens Corning, which has just reopened a plant they had shuttered for many years.

Gold Bond, a division of National Gypsum, which manufactures drywall wall board for building construction projects, will generate another 100 jobs in its $250 million manufacturing facility.

Of course, this thriving business activity is generating an urgent need for more, accessible housing at all levels, Smith adds.

“One of the things we see is that this new workforce needs diverse, attainable housing,” he says. “Pinal County was predominantly rural in the past, so you had a lot of larger lot homes, but we are transitioning in our cities and towns and are more open to a diverse housing mix, including multi-family housing or just housing that accommodates a wide variety of people regardless of where they are in life.”

This means housing for young families and for singles starting out; places to make a life for a younger workforce in general.

“We’re planning diverse housing and our communities are very open to providing the housing that these companies need.”

Those families and younger people will certainly have lots to see and do in their holidays and downtime. The Superstition Mountains and Lost Dutchman State Park in Apache Junction, Casa Grande Ruins National Park in Coolidge, Boyce Thompson Arboretum State Park in Superior, the Town of Florence Historical District and McFarland State Historic Park, both in Florence, Picacho Peak State Park close to Red Rock, and Oracle State Park, close to Oracle, are a few of the stunning parks and recreation areas within the County.

San Carlos Lake, on the San Carlos Indian Reservation in the northeastern part of the County above the Gila River, offers fishing and water activities, and there are a host of other parks and recreational activities.

The steady influx of both employment opportunities and residents will clearly be enhanced by the enviable opportunity to live, work, and play right at home.

“There are a lot of job opportunities here,” says Smith. “We think that when people see the quality of life they can have, and the opportunities for the future, they’ll want to take a look at Pinal County.”

It’s not just about helping companies recruit the workforce they need, however. It’s also about working with companies to ensure they get the skilled workforce they need. That, Smith emphasizes, has led to the county’s strong commitment to entailing a partnership on job training.

“A key example of that was when Lucid was going to build their factory. There’s a partnership that exists between the Arizona Commerce Authority, the City of Casa Grande, Pinal County, as well as our local community college—Central Arizona College,” he says.

“They’ve actually built a training center called Drive 48 on the Central Arizona College campus which includes all the equipment that people work with on the shop floor at Lucid.”

Over 1,700 people have now completed this program, getting valuable work experience on the same equipment they’ll use in the factory. They’re trained and ready to go from day one.

“Each of the partners contributed to that. It’s a great partnership that’s helping to make sure we have a skilled workforce.”

Smith says that the county is also helping provide some job training via reimbursement agreements with companies to help them work right here, in an effort to ensure that companies have the people required for success in Pinal County. In fact, it’s the aim of county leadership to help create and make available lucrative jobs for their residents, with the aim of reducing long commutes.

“It’s been a strategic goal of the county,” Smith says. “For years our residents have had to leave the county to find good paying jobs, and targeting these manufacturing jobs goes hand-in-hand with the fact that we want people to be able to live, work, and play here. I know everyone says it, but we will keep on targeting good employment here, so we can live here, work here, play here, and shop here.” 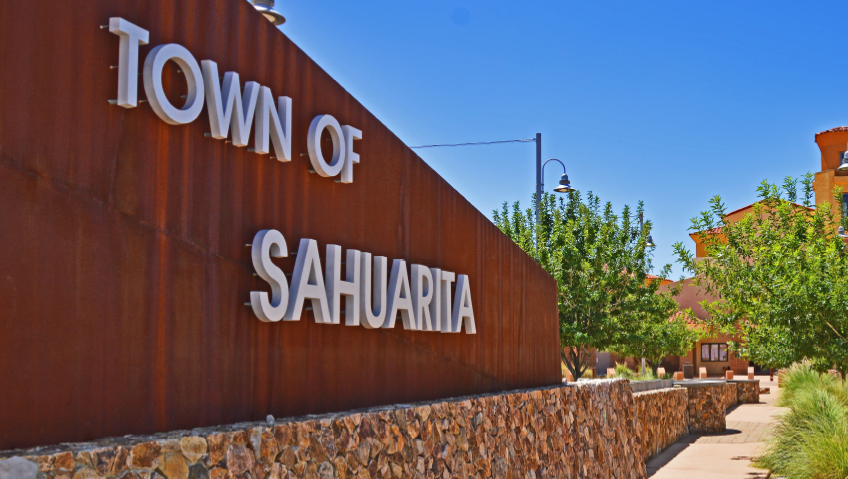