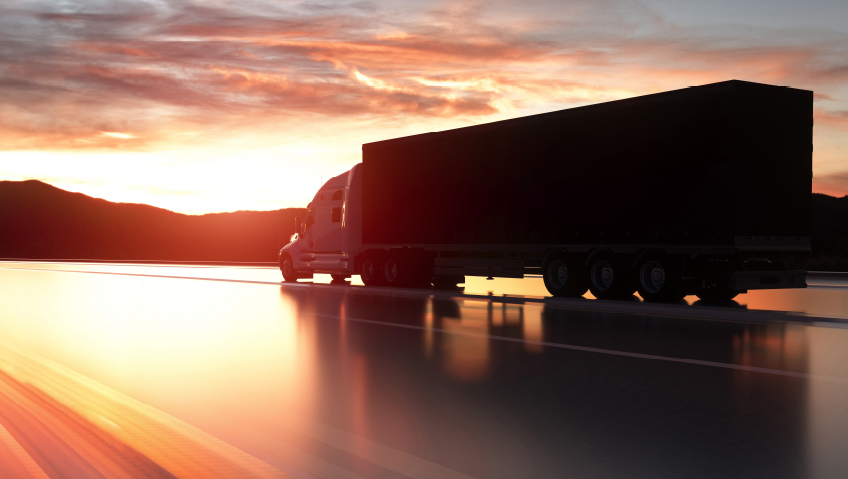 “Surround yourself with good people, treat them well, and you will be successful,” was Raymond Cook’s business philosophy. It has stood Valley Equipment Ltd. of Hartland, New Brunswick, and other Cook Family Group holdings in good stead for over 50 years and continues with the newest acquisition of Freightliner of Maine.

Valley Equipment Ltd. is Atlantic Canada’s #1 Truck & Trailer Team, headquartered in Hartland, NB with locations in Salisbury, Fredericton and St. Leonard, NB, and under the banner of North East Truck & Trailer in Truro and Dartmouth, NS, both part of the Cook Family Group of Companies.

Valley Equipment serves loyal, longstanding customers who appreciate the highest standards of service. Clients include transportation companies ranging from small to medium to the region’s largest national and international carriers; municipal fire departments; and in New Brunswick, the Department of Transportation, which purchases its various snow plow trucks.

In addition to superb service, the company provides its customers with their pick of leading brands of new and used trucks, trailers, chassis, tires, and parts. As an authorized dealer for new and used Freightliner and Western Star trucks, both leaders in the industry, Valley Equipment can provide a trailer suited to every job from such leading brands as MAC, Utility, BWS, Lode King, Trout River, and Stargate, along with Max Atlas Chassis, and has been an authorized dealer for Michelin Tires for over 50 years.

Clients have access to the largest parts inventory in Atlantic Canada and qualified technicians who are committed to excellence with Elite Support Certification, and who can service Class 6, 7, and 8 premium trucks.

The company’s dealerships and service locations are strategically located. The Hartland location is well positioned close to the Houlton, Maine-Woodstock, NB border crossing, with traffic entering New Brunswick and returning to Maine on Interstate 95. The Salisbury location is advantageous as it is located on Rte 2 of the TransCanada Highway, just 20 minutes from Moncton, the Hub of the Maritimes, as all traffic going to Nova Scotia, Prince Edward Island and Newfoundland from the rest of Canada and New England has to pass by there. The Truro location is similarly well placed as Truro forms a hub for Nova Scotia, while the Dartmouth location is at the port which receives and delivers container shipments from across the Atlantic. (Note, Dartmouth is now officially integrated into the Halifax Regional Municipality or HRM).

Recently, Valley Equipment purchased JML Garage Ltd., a trailer and truck repair shop in St. Leonard, NB, another strategic location as it is in the centre of the northern NB logging business and catches traffic heading to and from Quebec and Fort Kent, Maine. In the spring, there are plans to break ground in St. Leonard to build another Valley Equipment location housing another Western Star/Freightliner dealership.

We learned all this and more in a wide-ranging interview with President Peter Cook and his son Caleb, Vice President of Truck Sales, in which they talked about the company’s beginnings, its business philosophy, growth, the benefits to consumers that come from dealing with a family-owned business, and other Cook Family Group holdings, including a major recent acquisition across the border in Maine.

A rocky start on the road to success

Valley Equipment is truly an inspiring success story that nearly didn’t happen. The company was formed in 1964, when a group of Hartland area farmers joined forces to launch a full-service dealership supplying agriculture, lawn care, forestry, and industrial equipment. Early on the company purchased a local John Deere franchise which encouraged them to construct a new facility in 1966.

But a decision by John Deere in 1969 to separate their existing dealer networks into two divisions — one selling industrial and forestry equipment and the other farm and lawn care, with Valley assigned only the farm and lawn care lines – put the fledgling company in a precarious position. Prior to 1969, it had been “just getting by” according to Peter, but this change saw sales volumes drop and things going south very quickly.

One of the owners, Joseph Palmer, who was also President of Day & Ross, one of Canada’s largest transportation companies, bought out the other farmers and offered Raymond Cook, Peter’s father, the position of General Manager in 1970.

Hoping Raymond could turn the company around, Palmer offered him a small starting salary, which included a five percent ownership share per year if he could meet the targeted profits — which he did, increasing sales to $620,000 in the first year.

Year after year, Raymond continued hitting his targets. In the second year he became 10 percent owner, in 1975 purchased 40 percent of the shares, and in 1978 purchased the remaining 50 percent, becoming the sole owner.

Always looking for ways to grow the company, he added the Hayes Truck lines in 1971, and in 1972 was awarded the “Golden Grizzly Award” as the top Hayes truck salesman in Canada. Over the years he added other lines including Freightliner Trucks, Michelin Tires and Utility Trailers.

Peter Cook recalls, “Dad brought me in to work on the first day. I was just 11 years old, so I’ve always worked in the business. I was an only child and if I wanted to spend time with him, I had to work with him. I worked all through my teenage years and did everything. I started on the ground level in the company, painted, ran errands, and even cleaned the floors.”

By age 16, he was selling lawn mowers and making deliveries. After attending Mount Allison University in Sackville, NB, he returned to work alongside his father, taking over as President when Raymond passed in 2014.

The Cook family is extremely close-knit, Peter says, “something my mother and father instilled in me growing up, and a trait I hold true today. My wife Patricia and I enjoy time at our cottage, and spending time with our boys and their families, which include four cherished grandkids under the age of seven. We enjoy all that rural New Brunswick has to offer; we love to snowmobile, hunt, boat, and fish together.”

A belief shared by Raymond and Peter Cook is the importance and value of diversification. In addition to Valley Equipment and its sister company, North East Truck & Trailer in Nova Scotia, the Cook family owns car dealerships including Valley Honda and Connell Chrysler, Jeep, Dodge, both in nearby Woodstock, and Covered Bridge Farms. Named in recognition of the longest covered wooden bridge in the world, which connects Hartland with Somerville across a 1,282-foot span of the St. John River, the 2,500 acre farm is dedicated to growing over 1000 acres annually of chip stock potatoes.

In total, the companies including Valley Equipment provide 265 people with employment. “I’m proud to say I treat employees like family,” Peter says. “We have very little turnover and a lot of them have spent their entire career here. We have many who have been with us 25 and 35 years and even a few 40-plus-years people.”

“People here are a name and not a number and I don’t like to hear people saying they work for Peter Cook. I say no, you work with the Cook family to improve things. I believe in that philosophy. I don’t want employees or anyone to think I am better than anyone else and I never ask anyone to do anything I wouldn’t do myself.”

Certainly, maintaining positive relationships with employees is of great benefit to any business. “Long-time employees know customers’ needs,” he says. “That promotes their trust and loyalty, and it works because we do have loyal, long-standing customers. Many have been purchasing here since 1970.”

Another advantage to being a 100 percent family-owned business is that “it allows us to make quick decisions in the marketplace and often jump ahead of changes in the industry. Also, it means there are no shareholders looking to turn a quick profit, so we are able to reinvest all we can into the growth and sustainability of all our holdings.”

Adds Caleb, “there are no closed doors and no ‘corporate stuffiness’ here.”

Rolling across the NB-Maine border

At present, everyone is excited about the acquisition by the Cook Family Group of Freightliner of Maine, also a privately-owned company and Freightliner dealership. This company is headquartered in Bangor, with locations in Auburn, Houlton, Waterville, and Westbrook, and has 130 employees.

The good news is that employees will all be keeping their jobs, the management will continue to run the company in the way they had been, and Freightliner of Maine will retain its name, which Cook assured the employees in a letter sent to all of them.

In it he wrote: “Our intention will be to keep all of Freightliner of Maine Inc.’s current locations and divisions running as they currently are and allow all of you to continue to do what you do best, servicing our customers.” He goes on to praise the outgoing owners, Joe Cyr and Brenda Thornton, who have been at the helm since 1992, and “who have mirrored our same business philosophy.” Referring to the employees, he wrote: “You are the backbone of this wonderful opportunity and I truly believe we will grow and prosper together. I thank you for your years of service to Freightliner of Maine, Inc. and I cannot wait to have you all as part of my family.” What’s most touching about this personal letter of welcome is that it’s signed simply, “Peter.” Not President, not CEO, not owner – just Peter.

Speaking on behalf of the Cook Family Group, Caleb explains, “This is a major acquisition for us and our biggest one yet. It gives us more stability because along with our multiple locations on the east coast of Canada, we will now have Freightliner of Maine’s current five locations to better serve all of our customers.”

The Cook family is already expanding Freightliner of Maine’s footprint by opening a new Western Star/Freightliner location in Fort Kent. Caleb shares that, “We felt there was an abundance of customers who have been loyal to our brands in that area, and we believe a dealership there will suit their needs.”

He concludes, “I’m sure they are going to teach us some tricks of the trade and maybe we will teach them some of ours. Both sides of the border will benefit from the knowledge that each of us has about doing business. It’s truly a win-win for everyone.” 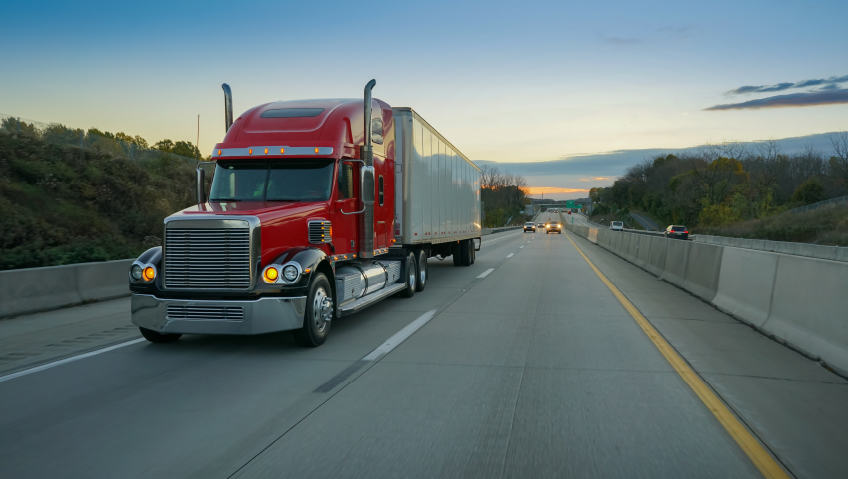