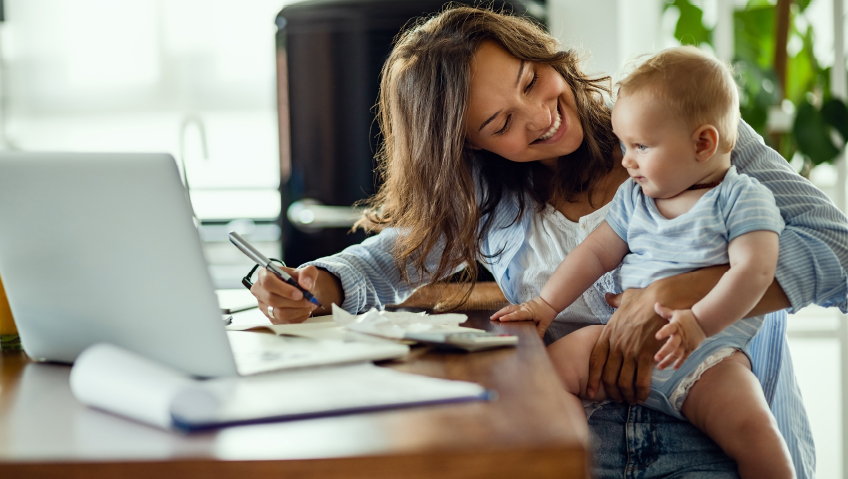 Is a “she-covery” possible as we bounce back from COVID-related job and economic losses?

In a popular New York Times article, C. Nicole Mason, president and chief executive of the Institute for Women’s Policy Research says, “I think we should go ahead and call it a ‘shesession’.”

Mason coined the term to highlight the disproportionate impact of the economic disruption of the pandemic on women.

According to the institute’s analysis of labour department data, women were hit by 60 percent of the job losses. But here’s the twist: as the virus continues to mutate and cause havoc, there are glimmers of hope that we are seeing the start of a recovery – and women are leading the entrepreneurial charge.

And why not women? The realities of the pandemic, like the increased need for childcare services and remote learning responsibilities, and job cuts in women-populated hospitality and retail, have led to a surge in necessity and flexibility entrepreneurs.

These entrepreneurs are a new breed. Our usual definition of new business founders are “opportunity entrepreneurs,” most likely to start a business during good economic times to take advantage of positive market conditions. But as many women are now unemployed or underemployed, starting their own businesses is necessary to finding flexible employment. For many, it’s the only way they can handle domestic duties and pay the bills in times of uncertainty.

These entrepreneurs of necessity are products of economic crisis and they are more likely to seek traditional employment as soon as market conditions improve, and a suitable position comes available. But that might be changing.

Numerous reports have shown that women were most likely to leave their place of employment to manage childcare responsibilities because of COVID lockdowns. A survey from Syndio, a software company specializing in pay equity, indicated that 14 percent of women had considered leaving their jobs due to home-life demands.

Global Entrepreneurship Monitor (GEM) recently stated that it is the entrepreneurs who drive economic recovery and are integral in helping communities rebound after catastrophic events. Just as disasters are a destructive force, entrepreneurs are a creative force, and as more women take on these roles, they will be the catalysts in helping us all bounce back.

According to American Express and the 2019 State of Women-Owned Businesses, women account for 42 percent of business ownership, up remarkably since 1972 when the number was just under 5 percent.

Interesting, too, many women who are taking on these new roles are over the age of 50.

“Society doesn’t place enough importance on the experience and wisdom that women have gained over their careers, particularly when it comes to relationship-building and leadership abilities,” Debbie White, founder and CEO of brand strategy company Frankly Deb, told Forbes Magazine.

“There are plenty of myths floating around about 50-plus women – namely, that they aren’t relevant or tech savvy, that they’re uninspired or don’t want to work hard but in my experience, these are false.”

Entrepreneurs in their 50s are twice as likely to be successful as compared to their younger cohorts. The key ingredient in this success rate is experience. Women approaching mid-life have honed leadership and relationship skills that are critical to grow a business.

Also important, this demographic of women is credited with controlling more than 70 percent of all consumer spending, Forbes reports. So they can easily relate to what this groups wants.

“Women in their 40s and up influence both their parents’ and children’s spending, control most household purchasing and generally have more money to spend, making them a real economic superpower,” says White.

“Look at it this way: if the women on this planet were a country, it would be the most powerful country in the world in terms of sheer buying power.”

GEM reports that women-led start-ups thrive when there are supportive government initiatives and policies. A 14-year panel studied women’s entrepreneurship and concluded that the U.S. lacks in providing sponsored entrepreneurial programs, research and development grants, and reducing market entry burdens and regulations.

Despite women being in position to accept venture funds and grants, access to this capital remains a challenge for women.

New data from All Raise, a non-profit group for start-up founders and venture capital investors, reveals a record $156 billion in venture capital flowed into the tech industry in 2020 but only 14 percent went to women entrepreneurs while 86 percent went to all-male founding teams. As part of the study, All Raise counted any start-up with a woman founder or co-founder and discovered that only 2.3 percent of funding raised went to all-women led start-ups.

To overcome such inequities, some women have opted to create their own venture funds but for the most part these are funds tend to be less significant.

The trend toward not funding women-led businesses continues with federal grant programs for research and development transfers with only a tiny percentage going to female-led business. Again, women are at a disadvantage as R&D leads to important commercial innovations and market share.

While there may be an assumption that all entrepreneurs have equal access to participation, funds and supports, ‘A Gendered Look at Entrepreneurship Ecosystems,’ a 2019 report in the journal Small Business Economics, found that this is not always the case.

Researchers say that women are at a disadvantage in most aspects of the entrepreneurial ecosystem, highlighting that support for childcare would encourage more female participation in entrepreneurship.

Despite these market barriers, there are some positives to note when it comes to funding and outreach support for women in business, including the Eileen Fisher Woman-Owned Business Grant, Plum Alley and the Female Founders Fund.

The Eileen Fisher Woman-Owned Business Grant provides support and leadership programs for women and girls. To be eligible, businesses must be focused on social change or the environment, have a three-year track record and revenues not more than $1 million annually. The grant of $100,000 is awarded to five to ten businesses each year.

Plum Alley Investments is a private membership platform that influences the shape and future of women-led businesses by investing in their companies. It offers its members curated opportunities to invest in private companies with the aim to get capital to the most promising women entrepreneurs, provide a powerful experience for these entrepreneurs and a positive return on investment to investors.

Vyv, for example, is a women-led company that has created antimicrobial LED lights for home, public and industry with the goal of reducing costly and deadly infections.

The Female Founders Fund is an early-stage investment fund led by women. It focuses on e-commerce, web-enabled products, marketplaces, and platforms with disruptive and innovative ideas.

Success stories include Base, the at-home lab testing and smart app combo that helps people to improve their sleep, stress, diet and more with insights into their body’s data through blood and saliva monitoring, and Boon + Gable, a virtual personal shopper that delivers hand-picked fashions to your home.

Clearly the way we work has been forever disrupted by the pandemic and women entrepreneurs are playing a critical role in the economic “she-covery.”

“You have a lot of women leaving the corporate workforce, opting for a more flexible environment by creating their own companies,” Alison Wyatt, co-founder and CEO of Female Founder Collective told Forbes. “A large portion of small businesses are actually run by women.”

“I think sometimes women can shy away from wanting to be too tough or too strong because, you know, we get judged more harshly. And I’ve just taken a stance that you can be empathetic, you can be kind, but you can also be very strong and demand excellence and I felt like that’s been the right move for me as a leader in order to see people succeed.” 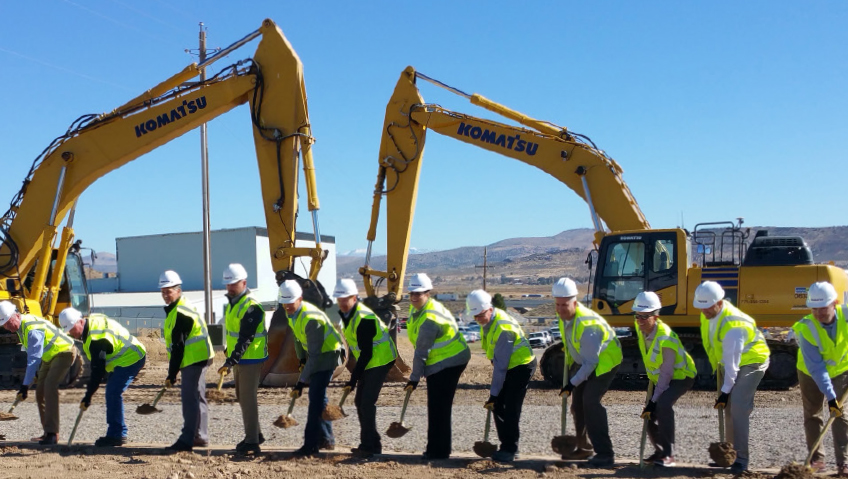 Good as Gold and Getting Better