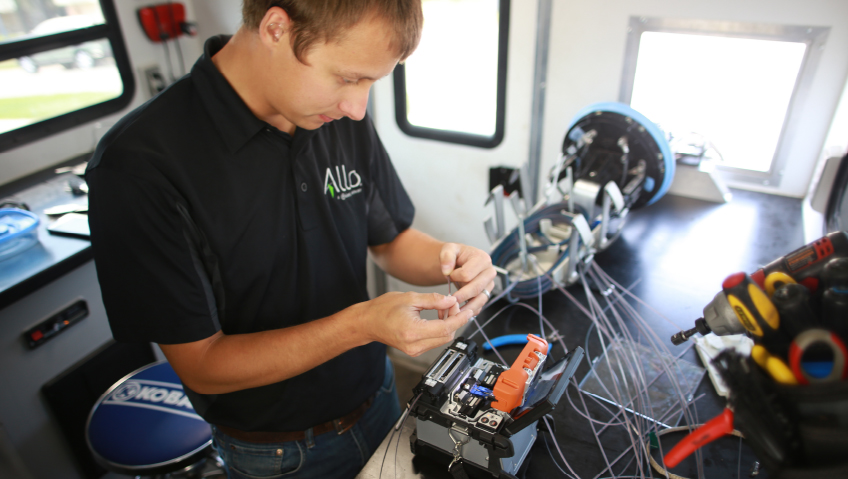 The pandemic and the resulting boom in working from home have proved, beyond a shadow of a doubt, the need for adequate internet networks. One company has become a leading provider in high-speed fiber networks across the region and beyond in the Midwestern United States. From its Imperial, Nebraska headquarters, ALLO Communications is building networks to keep connections in the American Heartland stable, secure, and fast.

Founder and President Brad Moline reflects on ALLO’s approaching twentieth anniversary, recalling how ALLO rose from humble beginnings. “When we started, I was focused on voice lines,” he says. But in those early days, ALLO’s sales pitch was an uphill battle. “We needed to offer internet, but convincing people that fiber and Layer 2 services were better than TDM circuits and T1 lines back in 2004 and 2005… it’s obviously changed pretty dramatically,” Moline remarks.

Despite initial challenges, expansion proved steady thanks to ALLO’s products and exemplary customer service, and the company expanded from business networks to residential offerings in 2011. A further turning point came in 2015, when the company was acquired by Lincoln-based financial services provider, Nelnet, ensuring a steady stream of both business and financial support. Since then, ALLO has expanded across the Cornhusker State to new horizons in Colorado and Arizona.

As ALLO has grown steadily, its employee numbers have also grown to accommodate the expansion. “When we started, I never thought we would have more than fifty associates,” Moline recalls. “We’re quickly approaching eight hundred right now.” Extensive training and robust benefits packages ensure new hires see the company as a long-term, stable career. He says ALLO views its employees less as a resource and more as an achievement. “We’ve had a philosophy, for a few years, that we need to compete just as hard for teammates as we do for our customers,” he says. “We’ve moved a long way toward that end.”

Moline notes that employees are attracted by the company’s benefits and steady salaries, and the prospect of building and creating something tangible. “It’s really rewarding to look at a community and say, ‘Yeah, we did this,’” he says. “People want to work for a company that does that and believes in their communities and teammates.”

ALLO works closely with local two- and four-year colleges, providing work placement and internship programs that ensure a steady stream of qualified graduates. This opportunity contributes further to the company’s goal of long-term staff. “When somebody joins ALLO, we really want them here for the ten and fifteen-year anniversaries,” Moline says.

These staff members continue to serve their communities as part of ALLO’s business model. The company has implemented a highly localized customer service system, ensuring that employees are customers’ friends and neighbors. This ensures familiarity with client regions and creates a decentralized corporate structure that gives client communities high degrees of autonomy. A large community like Lincoln naturally differs from a smaller town like neighboring Seward, but ALLO successfully serves both.

In its most recent expansion, ALLO announced new 10-gigabit bandwidth projects in five Nebraska communities, bringing the total projects in its home state to twenty-one upon their completion in 2022. These will provide 10 gigabits of speed in both uploading and downloading content, as well as data transport, video, voice, phone systems, and redundant connectivity to leading cloud storage providers.

These communities reflect ALLO’s commitment to building Gigabit Societies rather than mere networks. As their name implies, these Societies connect homes and businesses to create new digital communities. Moline says that faster internet increases connection speeds and changes how societies operate. As so many activities moved online with the onset of the pandemic, providing fast, stable service without traditional industry impediments such as data caps is proving essential.

As our lives continue to be online-focused, ALLO is working to turn internet connection from a luxury to a utility for all. “You don’t think about getting enough connectivity, you just try to figure out how you can use it,” Moline observes. “You almost take it for granted, much like you do with water or electricity—any other utility.”

Although traditional ISPs have usually given consumers slightly less than they need, ALLO is looking to create a new connectivity standard for the modern world. “To me, a Gigabit Society means you have all you need. You have all the connectivity with the Cloud, and you get to figure out how to use it,” he says.

To Moline and ALLO, fiber-based Gigabit Societies represent the future of modern telecommunications, and the pandemic has been the proof that cable and DSL internet services are not enough anymore. “It’s not future-proof,” he explains simply. He believes the market has spoken, as fiber networks step up to relieve overburdened infrastructure. “COVID moved the fiber business model up, probably three or four years, and I think we’re seeing that with the enormous investments in infrastructure funds, other private investments, as well as the governmental investment in fiber.”

While ALLO can provide Gigabit Societies in smaller and mid-size towns, larger cities present a greater challenge. However, more public-private partnerships are springing up throughout the United States, representing the next major change in American technological development. Moline compares it to the building of the first electrical grids in the late nineteenth century—a project of equal scope, requiring equally sizable investments.

In his view, ALLO will handle the mid-size projects, with larger metropolitan areas requiring more investment. “The last two pieces will be the metro areas and the very rural areas, and they’ll come along,” he says. “I personally feel, by 2025, there aren’t going to be many markets that aren’t either fully constructed or under construction, from rural to metro.”

Moline has high hopes for these projects despite current shortages across the international supply chain. Due to his decades of business experience, he takes the long view despite comments about the ‘unprecedented times’ in which we live. “This is the meaningful fourth business cycle I’ve been through,” he says, and he has used this experience to plan ahead.

“More than a year ago, we began ordering equipment and materials for 2022,” he says, further estimating all orders are filled for 2023 as well. This preparation, like ALLO’s customer service, comes down to building good relationships with clients. “That’s part of being a good partner with our vendors. They should know our expectations and demands in order to fulfill them quickly and efficiently.”

With short-term challenges solved, Moline and his colleagues are looking for long-term solutions. ALLO represents an evolution in the ISP field, yet it too must look to future trends to remain competitive. “The industry has evolved, so the challenges have evolved, and our leadership has evolved,” Moline remarks. “We’re always saying, ‘Is that a thirty-year solution?’” He notes that the company’s innovations are increasing the ‘thirty-year solution’ to fifty years, as it is building infrastructure networks built to stand the test of time.

Despite its strong, local-focused networks and highly personalized customer service, leadership resists the lure of expanding beyond the company’s capabilities. “We’re not trying to dominate the world,” Moline says, but instead be meaningful to smaller communities in a small number of states. “I think that helps keep you grounded and keep you focused on not just the thirty-year strategy but the tasks that are necessary for the next several years.”

As ALLO continues to look ahead, it is applying its experience in building large and small fiber networks into Gigabit Societies. Moline points out that successful business practices outweigh technological advances. “There will be different technologies, but we don’t need to bet on the future,” he remarks. “We connect people, and we enable them to live, work, and play. If you look at it from that simplistic situation, you make the right decisions three, four, five years ahead.”

No one can truly know the next big leap in telecom innovation, but ALLO aims to be a part of it through its practices and networks. “If you provide a service that meets the needs and values of the customer, charge a fair price, and create a hassle-free experience, everything kind of works out,” Moline says. “If you focus on that, the future will take care of itself.” 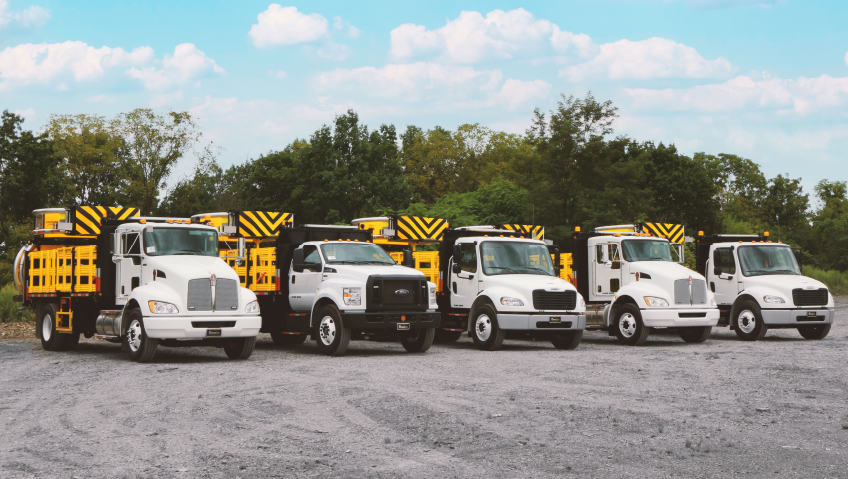 Where Safety is the Driving Factor