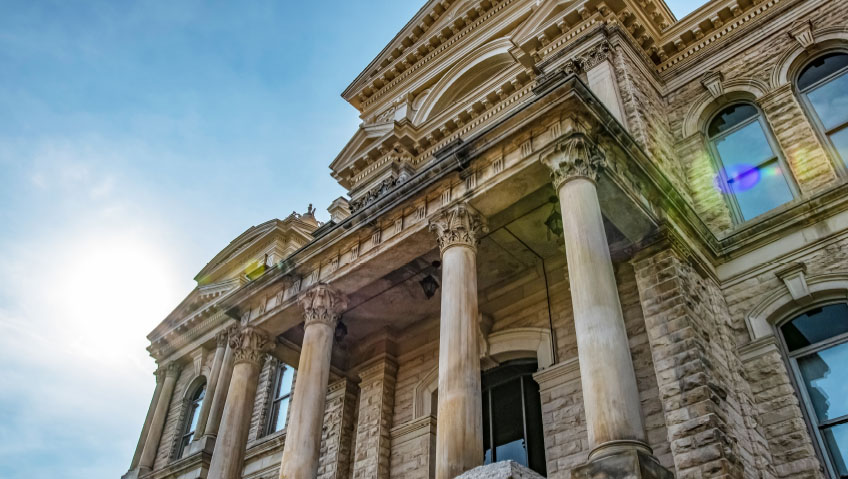 In 2017, we reported on how beautiful Belmont County, Ohio, took action to create a booming economy. Abundant in opportunity and with a strong labor force, the community is now ready to further develop.

Belmont County Port Authority invited two of the region’s up-and-coming business leaders, Ohio Gig and MPR Transloading, to tell us more about how they are helping to propel the county forward with their game-changing contributions to this fast-growing local economy.

Belmont County’s position in the Wheeling, WV-OH Metropolitan Statistical Area of West Virginia, near Pittsburgh, Columbus, and Cleveland, makes it a transportation hub with easy access to Interstate 70, Interstate 470, and Ohio Route 7. The region offers commercial and private landing strips, Class I and Class II rail with access to the Norfolk Southern Railway, the Wheeling & Lake Erie Railway Company, and the Ohio River, which have been transformed into valuable assets by MPR Transloading. As the gig economy continues to expand, high-speed fiber optics service is being introduced by Ohio Gig, bringing all businesses and students the opportunity to experience modern connectivity.

Larry Merry, Executive Director, is full of praise for the recently founded firm. “Ohio Gig is making tremendous investment in our community. We are so excited that we were able to get connected with the company last fall. We worked with them in getting an agreement put together. To have someone come in and provide an infrastructure that is so necessary in today’s world,” he says.

Merry points out that, while there are communities in the county with sufficient internet supply, the infrastructure installed by Ohio Gig will elevate the entire county’s economy to a new level. For people and new business “to be able to come to Eastern Ohio and be able to get great, unbelievable fiber internet service makes us very excited. It’s important for development, quality of life, and people being able to enjoy a rural area from where they can connect with the rest of the world,” Merry adds.

The fiber optics company began with Little Miami Gig in 2020, with the mandate to create opportunities in local communities. Ohio Gig broke ground on the first phase of the $132 million Belmont County project in July this year. Belmont County will see the start of the second, third, and fourth phases in 2022, each of which will reportedly take around three to five years to complete.

“When businesses are looking at an area, communication is their number one concern. If they are going to compete globally and communicate with the world, they have to have great internet connectivity. What Ohio Gig provides is far superior to what is available in most of Eastern Ohio,” says Merry.

It all started around 2016 when the Hunter family started looking at ways to supply their fabrication company and their 1792 Revolution-era farm in Warren County, with high-speed internet. Prices were prohibitive, and the search led to Hunter’s commitment to finding a solution in the form of Fiber Capital Partners, which now acts as a funding partner for the Ohio Gig business group. Tim Berelsman, Chief Executive Officer of Ohio Gig, recalls being introduced by a colleague to the Hunter family in 2016 when he was running a consortium of independent broadband providers.

Nicholas Hunter proceeded to garner as much investor support from the local area and across Ohio Appalachia as he could, charting the way for the people of Belmont County to meet the future of business head-on. Hunter proposed going into business with Berelsman, who finally agreed in 2019. “We started up a company to bring fiber into the home in Hunter’s rural area just outside of Mason, Ohio and called that company Little Miami Gig. We turned up our first customers in May 2020,” says Berelsman.

Then came a fortuitous meeting with Larry Merry and the Belmont County Port Authority. In December 2020, Jarrod Pantier joined the Ohio Gig team as Chief Operating Officer. Pantier, from Fujitsu Network Communications, brought extensive expertise in project and construction management when he came to settle in Belmont County. Feasibility studies concluded in May 2021, and the starting date was agreed on for July this year.

“Our intention is to lay fiber past every business and every residence in Belmont County and to provide world-class, high-speed, high reliability, fiber internet services with low latency. We are installing infrastructure that will serve the needs of the Belmont County businesses and residents today, but also well into the future,” says Berelsman. He hopes that the service will strengthen the oil, gas, transportation, and other industries that contribute to the local gross domestic product, which will allow the county to become a global leader.

Ohio Gig is also fast becoming part of local communities. Together with Fiber Capital Partners, it committed Chromebooks and $35,000 to a Belmont County Backpack Program in partnership with Union Local High School and the local Farm Bureau. At the beginning of COVID-19, Ohio Gig’s work was deemed an essential service. As school students in many places were hard-pressed to find internet access to complete their school work off-premises and with no restaurants and libraries offering free wifi, the company had its work cut out.

Suddenly providing access to high-speed internet to everyone instead of only higher education institutions became imperative to the county’s education. In some rural areas, the need for internet access became so dire that school districts provided busses with hotspot boosters where students could come when they needed to complete projects and communicate with teachers online. “That was the short-term fix. Now we’re working on the long-term fix,” says Berelsman.

As the county grows, this long-term solution will continue to expand. “We accelerated our work where we knew people didn’t have any internet. While starting up Little Miami Gig, “we made sure that every time we went into somebody’s home, we wore masks. We did everything we could while still delivering that essential service where people need it the most,” he adds.

People in even the most remote areas in the Union Local School District will begin to see the arrival of excellent internet services thanks to this dynamic collaboration. It started with an area west of Saint Clairsville, Ohio, where the regional data center is located. A total of fourteen hundred miles of fiber is planned with estimated growth, according to Berelsman, at twenty to twenty-five percent over the next two to four decades.

The fiber optic project is financed by both public and grant funds and will rely on subscribers later. More funding means that the estimated five-year completion time per region can be minimized to three years, bringing the overall project timeframe down to seven years. Responsible for around half of the construction work, Ohio Gig is confident of its future in the county. In addition, its technology is ready for the next wave of home entertainment appliances that will replace copper connections with fiber soon, according to Berelsman.

“We expect the next generation of electronics to come out sometime around the second quarter of next year or so. We’re getting ready for the next platform as soon as chipset manufacturing catches up,” Berelsman says.

Since the first settlers began pushing west, the economic lifeblood of Eastern Ohio has been the Ohio River, and it’s on those shores that another significant economic contributor to Belmont County’s success has begun to leave its mark on the region as well as its industry.

MPR Transloading & Energy Services is a multi-mode transportation facility that moves freight and bulk materials from the Ohio River onto the trucks and railcars that carry them through on the last leg to their destination.

Natalie Brown, President of MPR, is proud to be part of a family business that provides quality employment opportunities to the region while passing along significant cost savings to customers. By utilizing MPR’s facility to transload a variety of commodities, companies avoid some of the transportation costs associated with moving freight further north where the river narrows and hooks east. Once offloaded at MPR, materials are within one day’s drive for more than sixty percent of the U.S. and Canadian populations.

“As a community and as the port authority, we are excited about the fact that a local company has such a valuable location, not only as a job provider for the community – because they have been a great employer with their operation – but I also look at it as infrastructure,” says Merry. Highlighting concerns such as the ever-increasing price of energy and other looming challenges, he praises MPR for its proven capabilities, cost-effectiveness, and efficiency in the face of adversity.

MPR is strategically nestled in the Bellaire Industrial Park, less than a mile from major North-South and East-West transportation routes with easy access to industry centers in Pittsburgh, Cleveland, Columbus, and others along the East Coast. According to Brown, there is a growing interest in using the waterways to transport materials due to the limited capacity and rising costs associated with trucking. Moving seventy truckloads to a single barge eliminates approximately 1,700 tons moving across the roadways.

In 2015, the company expanded its capabilities to include a dedicated terminal where frac sand, used in the hydraulic fracturing of rock, is delivered to MPR via barge and transferred to MPR Sand Terminal’s automated frac sand facility, which boasts the largest ground storage in the region. Trucks are received 24/7/365 to be live loaded on scales with impressive six-to-nine-minute load times.

“What is exceptional about MPR is our operational capabilities coupled with state-of-the-art equipment and the ability to unload or load barges around the clock. Our expanded dock is over 850’ long, allowing continuous feed to our storage facilities,” Brown states.

The company revealed a new fifty-acre riverfront expansion earlier this year that forms part of a greater collaboration with assistance from JobsOhio, OhioSE, the Belmont County Port Authority, and others, for a total investment of $9.5 million. The expansion is also in the Bellaire Industrial Park, only one-half mile south of MPR’s current location – a stone’s throw from interstates I-470 and I-70 – and possesses two large warehouses with room for additional development.

The projected development of this property, with help from JobsOhio; OMEGA; Appalachian Growth Capital; the Ohio Rail Development Commission; and WesBanco, comprises the addition of rail facilities with the capability to hold a unit train. Brown stresses that the property is unique because it not only has river access, but frontage on both the Wheeling & Lake Erie (Class II) and Norfolk Southern (Class I) railways that converge on the site. The expansion will allow MPR to facilitate transloading from river to rail and from rail to river.

“This expansion is not only going to provide additional jobs and renewed development along the river, but it’s absolutely going to move us closer to our region once again being seen as a nexus of industry in this latest push toward updating our nation’s infrastructure,” says Brown, who also noted that this is, “… inviting to new customers coming to the area,” as well as opening the possibility of joint ventures with MPR.

While Belmont County was historically known for its agricultural and industrial economy, recessions and factors like changing global supply chains caused their share of misfortune. The county watched its traditional high earners like steel mills, power plants, and the bulk of its coal mines being driven to extinction over three decades and turned its sights toward energy, oil, and gas for economic survival. Gargantuan investments in these sectors as well as in river transportation and fiber optics are returning jobs to its people and, as a result, prosperity to this fast-growing, rural gem. 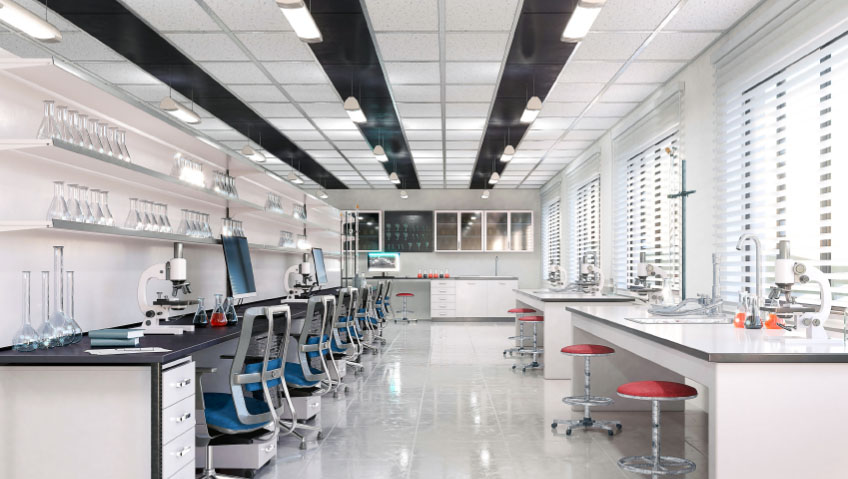