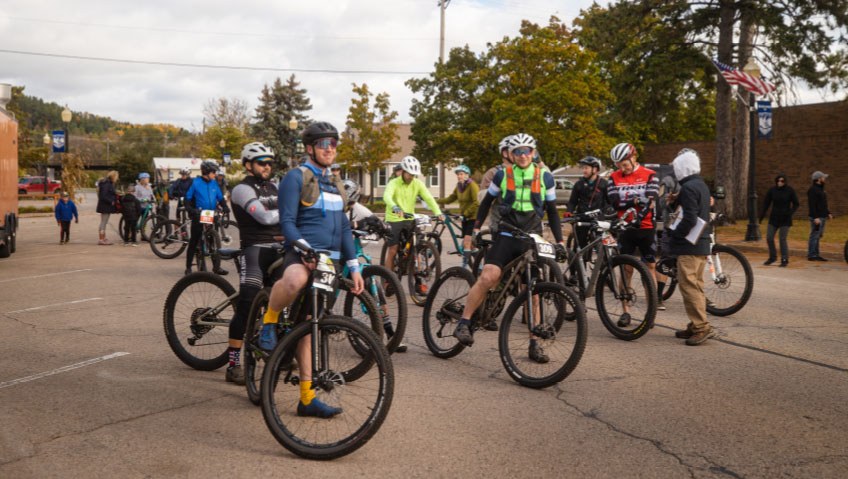 For decades, Michigan has been the backbone of America’s manufacturing industry, and nowhere is this more evident than in Dickinson County. With manufacturing as one of the county’s leading sectors, many companies long ago established themselves in Dickinson and remain in the area to this day, building on generations of tradition and experience.

With the goal of bringing together the private and public sectors for positive change and driving a strategic direction, the Dickinson Area Economic Development Alliance (DAEDA) is led by Lois Ellis. Executive Director of the Alliance for four years now, she says some area companies in the county were founded by families decades ago, and work alongside other businesses in the spirit of camaraderie.

“That sentiment still exists, and there’s a connection because it is such a manufacturing-based community,” she says. “We all know how important it is for the local economy, and most everyone is willing to help when there is a need.”

Community involvement
For the many employees at Systems Control, created in 1962, and BOSS Snowplow, which started manufacturing in Iron Mountain in 1985, long-time employment in these companies is much more than a job; it’s a way of life. Key companies both, these businesses play an integral role in the county’s economic and community fabric.

BOSS Snowplow is a leader in the snow and ice management sector. BOSS is owned by respected manufacturer, The Toro Company of Bloomington, Minnesota. Systems Control is a best-in-class designer/manufacturer of control panels and electrical substation equipment for the transmission and distribution industry. Both businesses are based in Dickinson County’s seat of Iron Mountain, MI, and were owned, at one point, by the same family.

Going beyond the customary donations to local charitable entities, Systems Control and the Northern Lights YMCA Dickinson Center recently renewed an existing partnership with Little Sparks Child Care Center. Formed in 2018, the partnership is now extended through 2024. This will ensure parents have the finest child-care services available for their young ones.

“We are the primary sponsor,” says Systems Control CEO Brad Lebouef. “Not only revitalizing its facility, the YMCA also offers much-needed daycare services which are welcomed by people in the community and our employees. As this program evolves, the goal is to have expanded hours to assist our off-shift families. I think that speaks to the community,” says Lebouef. With the company for 20 years – four of them as CEO – Lebouef says Systems Control has always been a believer in giving back.

In September, a ribbon-cutting ceremony was held for the new Imagination Factory Children’s Museum in Iron Mountain. Undergoing two years of renovation and exhibit installations, the Museum – with manufacturing exhibits relating to local industries – has already welcomed thousands of guests.

An important part of the community, the Museum benefitted from over 300 financial donations, and features displays from BOSS, Systems Control, and other companies. “The museum reflects our community makeup and provides another way to connect our community to the economy,” says Ellis of the resource and its value to parents and children alike.

Local loyalty
With a population of about 25,000, Dickinson County is the area’s largest economic center. Bordering Wisconsin – which draws workers to the area – the actual market-area count is closer to 35,000. Located just 100 miles from Green Bay, a large community with a population of almost 108,000, the county is well-connected to rail and to an extensive freeway system.

Thanks to its location and manufacturing legacy, Dickinson County is a popular base for existing and new businesses alike. In recent years, both BOSS Snowplow and Systems Control have made major investments in expanding their footprint.

In 2005, the same facility housed both companies. The next year, Systems Control bought a new facility, which today measures over 400,000 square feet following several additions, including one in 2018.

“Demand is strong, and the brand and reputation we’ve built in the market is the top brand,” says Lebouef of the expansions. With about 750 employees, Systems Control recently acquired a second facility in Des Moines to meet customer demand. “If I could right now, I’d take 100 production employees,” says Lebouef of the need for additional workers. To aid in attraction, we are now providing area-leading starting wages for production employees.”

Much like Systems Control, BOSS Snowplow has also undergone multiple expansions, including an added 44,000 square feet to the north of its existing building for a new powder coating system, and another 19,000 square feet on the south to expand its machine area.

Investing over a million dollars into its product development lab – a research and development facility – the company recently broke ground on an office expansion which will more than double its existing office space.

“We are pretty excited about the investment BOSS and Toro have made into the community here and the facility at Iron Mountain,” says Jody Christy, Vice President of the BOSS products division. With over 400 staff, BOSS is the biggest single brand of snow and ice removal equipment in North America, with exports to Europe, Asia, Australia, and other countries.

Addressing challenges
Like many other area manufacturers, BOSS and Systems Control are experiencing a shortage of workers, which has only increased during the COVID-19 pandemic.

One way the county and the DAEDA are addressing the issue of attracting and retaining employees is by building a talent pipeline, raising awareness about good, well-paying careers in the community, and reaching young people in K-12 by helping them match education opportunities to available careers.

In this way, they can sustain the community members, instead of them having turn elsewhere for jobs. Their efforts include setting up task forces on talent and education, marketing and branding.

“We make a lot of educational efforts to help people understand that a four-year degree isn’t always the best path for every student,” says Ellis, “and that there are other options to have wonderful careers where you can grow and have financial rewards that can make a very nice life for yourself.”

An example of community outreach is the annual Virtual Heavy Metal Tours Manufacturing Day Event for ninth graders held in October, a month-long social campaign for manufacturing, and virtual legislative visits with leaders at the state capitol.

In 2020, this saw the collaboration of five companies, along with Bay West, Dickinson-Iron Intermediate School District (DIISD), and the MichiganWorks! Association, which focuses on advancing prosperity through a skilled workforce.

Reaching out to schools in the area, some manufacturers have created partnerships with a vocational center, focusing on much-needed skills like welding and electrical wiring. A number are working with Bay College to help augment skill sets, with a special certificate for welding.

“A lot of it is about awareness, and we are pushing at the middle and high school levels to really break the tie between manufacturing not being a career and being a dirty and grungy job, and I think we are a good example of that,” says Lebouef.

Even with much manufacturing growth in Dickinson County, other companies like BOSS have had to expand their coverage for new talent and are reaching out beyond the county’s boundaries through job fairs and other means.

There are, according to Christy, lots of available opportunities for production and professional positions alike. “You can have a great career and quality of life where you grew up,” he says.

With workplace flexibility on offer, some staff can work from home, which allows BOSS to broaden its geographic reach.

Area investment
From healthcare to re-invigorating its downtowns, Dickinson County is actively ensuring an outstanding quality of life for its residents.

Recently, the county announced a planned partnership between the Dickinson County Healthcare System and the Marshfield Clinic, which will see the construction of a new game-changing cancer center.

“It’s exciting to see,” says Ellis. “The Marshfield partnership will bring even better healthcare opportunities to our community than we have today.” Healthcare is a large segment of the economy, she adds, with the county having a sizable hospital and a full federal VA Medical Center.

“Veterans come from all over the region to be treated here, and they locate here, because it is accessible to them.”

Along with healthcare, the county’s downtowns are undergoing a revitalization. To maximize space, upper stories of some buildings are being converted into apartments, located near restaurants, cafés and retail shops. Additionally, a new Marriott hotel of about 100 rooms will be built in 2022, adding more investment into the downtown areas.

From its downtowns to a growing trail network, a new dermatology clinic, investment in parks and playgrounds, a ski jump for World Cup events, a convenient airport and much more, Dickinson County is on the rise.

Underlining its growth, the county recently welcomed a new hunting-products manufacturer, drawn by the many nature activities the area offers.

To ensure the county keeps meeting the needs of its many companies, the Dickinson Area Economic Development Alliance conducts an annual survey of area manufacturers to get a sense of job demands for the coming five years.

The last survey revealed a need for about 750 more employees – many of them in production – to accommodate both retirement figures and growth.

“There’s a manufacturing heritage in this community, and the workforce shows that in its commitment and work ethic,” says Ellis. “It’s a working person’s town, and that’s reflected in the services available. Many of our businesses are open 24 hours because of the shift work. So when it’s in your DNA, it’s something you do really well, and it bodes well for our future.” 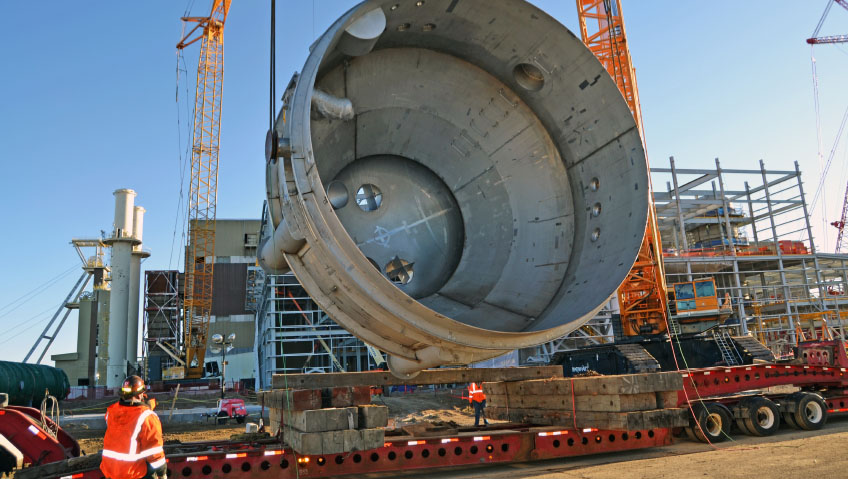