These are busy times at Globe Food Equipment Corporation, a Dayton, Ohio-based firm which designs and manufactures commercial kitchen equipment. Since Business in Focus profiled Globe in October 2018, the company has introduced new products, adjusted to the market realities of COVID, and taken up distribution duties for a company called Varimixer.

Globe Food Equipment is headquartered in Dayton and has a warehouse in Canada to stock material for Canadian dealers. Globe’s main product categories are slicers, mixers, scales, cooking gear, and other food preparation items, all sold through a dealer network rather than directly to customers.

Foodservice businesses like restaurants and delicatessens and food retail establishments like grocery stores are the two biggest markets for Globe’s wares. The company’s market reach within these sectors has greatly expanded since we last spoke in 2018.

“Now that we’re part of Middleby, it opens up some international opportunities because Middleby is an international company. We were a little limited on what we were doing internationally prior to Middleby. Middleby operates companies pretty much around the world, which will open up some new opportunities,” says Todd Clem, Vice President of Sales and Marketing at Globe Food Equipment.

Globe already has an established presence in domestic markets. “We’re pretty well represented [in the U.S.] except for food retail right now,” he continues. The company recently hired a food retail business development manager to help expand this segment for the company.

“We build very good products. We’re not the cheapest, but we’re not the most expensive either. The value for what you get is unsurpassed,” says Clem. “We told people: ‘Do you really want to buy the cheapest thing you can get and then be replacing it in eight months, or do you want to spend a little bit more money and have something that’s going to last you fifteen to twenty years?’”

On top of this, the company offers comprehensive customer support. It has a team of authorized service providers who handle repairs, maintenance tasks, and installation as well as a huge spare parts catalogue that can be accessed through its website.

The attention to quality and customer support is a natural outcome of the company culture. The firm prefers to hire new team members who fit these values and adhere to its mission, vision, and core beliefs.

Globe has introduced several new products since 2018, including immersion blenders which have proven to be top sellers. “We have also added a tabletop power drive unit and replaced a thirty-pound scale with a newer version and [reduced the price]. We also added a new slicer,” he says.

Having Middleby for a parent company was beneficial when the COVID pandemic hit hard in March of last year. Clem credits Middleby with providing direction to the companies it owns to ensure that everyone stayed healthy.

“We sent a lot of people home to work from there. Those necessary functions that had to be performed in the building were spatially separated. We had very strong protocols in place. Every time you walked into the building, there were certain things you needed to do, such as get your temperature taken, wash your hands. There were requirements to sanitize your personal work area every day. Masks were required. Visitors were not allowed into the buildings. Slowly, we brought people back from working at home. We also made sure there was cleaning that went on by an outside cleaning company on a weekly basis, and travel was limited,” he says.

The company has recovered its footing, however, and is now flourishing. Revenue for 2021 is so far exceeding revenue from the same period in pre-pandemic 2019, according to Clem. With COVID hopefully receding and overall economic conditions improving, Globe is looking to grow the team and anticipates having “maybe fifty-five workers by the end of Q3,” he adds.

He attributes the company’s ability to survive and thrive during the pandemic to a variety of factors, such as pent-up demand from reopening businesses like restaurants, which were temporarily closed when the virus was rampant, as well as its extensive inventory and the quality of its products. While COVID disrupted supply chains around the world, “we had inventory and could get inventory faster than most,” he notes.

That is not to say Globe has overcome every logistical hurdle thrown up by the pandemic. Moving products “is the biggest challenge we have; it’s not being able to build the product,” he continues. “The hardest part is just getting it from point A to point B. Some of our manufacturing partners are overseas, and trying to find space on a container ship right now is a challenge.”

Product design is done in-house, while manufacturing is split between Dayton and partner firms in other countries, and this leads to another reason why business at Globe did not collapse in the face of COVID.

COVID also had a major effect on sales and marketing. Most trade shows and industry events were cancelled, and many clients did not want to meet in person. As a result, sales representatives began communicating with clients virtually or over the phone, and the company enhanced its internet presence. Globe has a blog, website, and social media accounts and hosts online training sessions, some of which are based around activity in a test kitchen. The aim is to create lively, engaging online content.

“We’ve developed a pretty strong virtual presence. We’ve done a lot of virtual training,” says Clem. The company tries to establish “some back and forth interaction between people. Generally, that has worked very, very well, instead of someone standing in front of a camera and narrating for thirty to forty minutes… We have found a lot of value [in online promotion]. I think some of that has helped our sales escalate.”

Amid the pandemic and all the accompanying challenges, Globe became involved with Varimixer through the Middleby Corporation, a foodservice equipment giant headquartered in Elgin, Illinois which serves as the parent company to both firms. Middleby acquired Varimixer in June 2017 then purchased Globe later that same year. It was decided that Globe would take over North American distribution, marketing, and sales of Varimixer products starting January 1, 2021. The partnership has been a big success, says Clem.

As its name implies, Varimixer is completely focused on mixers. “Varimixer designs products that take hygiene and ergonomics to another level—above anybody else in our industry right now. They build machines that are ergonomically [designed] to be simpler for the customer to use. The machines are built in such a way that there is little to no external hardware to clean around,” he says.

“With Globe, you have a stronger sales network. We have closer ties to the rep groups. We have a much stronger marketing group. There were a lot of advantages in Globe taking on Varimixer in North America in terms of marketing and selling,” he states.

Globe has no intention of resting on its laurels and is determined to innovate and introduce new products. “There are four products that we’re working on right now.” 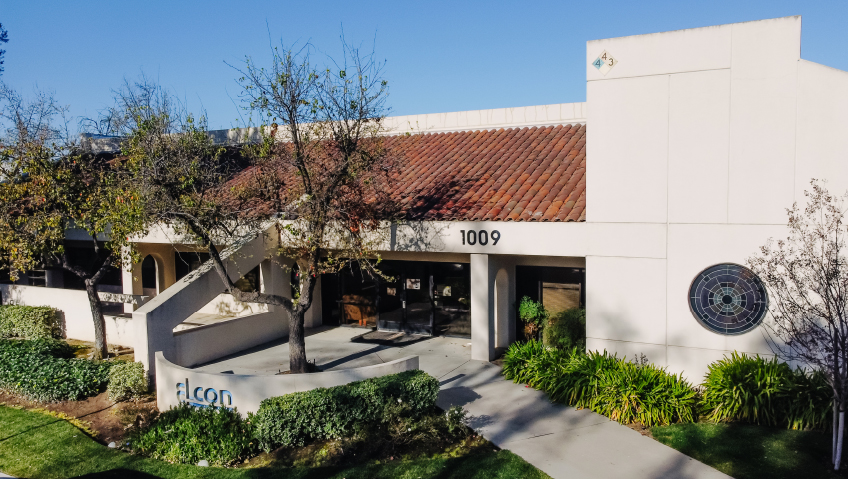