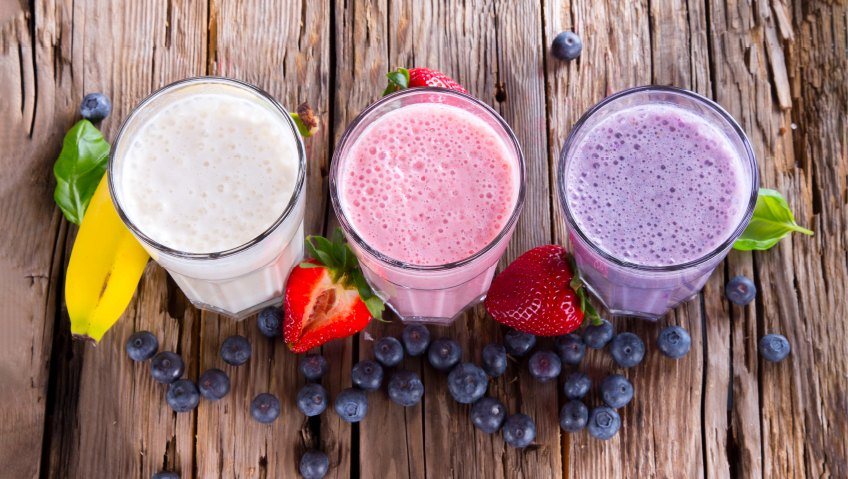 There is nothing ‘square’ about Blendtec design apart from its FourSide blender jar. At a time when consumers are valuing improved health alongside saving time and money, the company is packing a powerful punch in the restaurant and home cooking markets with innovations that tick all those boxes and more.

Many of the world’s best-known restaurants, coffee shops, juice bars, and health clubs know that owning Blendtec appliances give speed and efficiency, because the company creates game-changing blending equipment for home and industrial use, combining advanced technology with a sleek design and new ideas.

Trusted in nearly ninety countries, this company is churning up far more than smoothies. It is leading in the blender market with proprietary design features that have end-users queuing up for more. “Our typical client isn’t afraid to spend a little more money on a blender for a better quality product that carries the best warranty in the industry,” says Chris Georgeson, Senior Vice President of Global Commercial and Retail Sales.

The Orem, Utah-headquartered company is well-known for top-quality blenders that can blend nearly anything and survive. Its central warehousing network stretches across America, Canada, and Germany, and engineering and assembling all its products on U.S. soil has meant that it has suffered fewer supply issues than many of its competitors. With a long list of appliance achievements to its name, the firm recently turned its attention to improving motor performance and cutting down on product waste.

The company’s latest improvement was developed over three years, and this brushless motor beats a standard motor both in terms of power and torque, giving much better blending action for home cooks and foodservice industry professionals alike. Also, there has been a growing demand for quieter machines since coffee shop patrons prefer to enjoy their beverages without the tremendous din of high-speed equipment that makes people shout at one another over the ruckus. This has made its Connoisseur 825 and Stealth X brushless series, in particular, the 885 model very popular, especially as the business landscape started changing during the COVID-19 crisis.

“The trend is turning towards people trying to watch what they eat and [being] concerned about what’s going into their bodies. People are cooking more from home right now than they have in a very long time as well. COVID has had a very big impact,” says Georgeson.

With a more powerful brushless motor, machines can operate for much longer at a time, providing longevity with less service downtime and no need to stop between blends to wait for units to cool down. Blendtec’s brushless motor also gives users the ability to chop through much thicker pieces of material than ever before. In a regular brushed DC motor, two brushes are in perpetual contact with a shaft, making the machines noisy and wearing out the brushes due to constant friction.

“As soon as you take the brushes out, you eliminate the wear points, and the machine is going to last longer—about two to three times longer than a standard brushed [motor] blender,” says Georgeson.

Consumers love the fact that when they buy a Blendtec appliance, they’re buying from a proud American company. Blendtec sources as many of its components from American suppliers as possible, and does all engineering and final assembly at its eight-acre plant in Orem, Utah. Its quality guarantee is evident in every step of the creation process. Its 270,000-square-foot footprint houses its entire manufacturing operation from motor assembly to plastic parts produced by its injection molding division.

Blendtec’s quality speaks for itself. After losing a big, long-standing client to a cheaper competitor once, the client came back soon after realizing that running Blendtec appliances are far more cost-effective and efficient over time.

The company’s beginnings were unlikely, in a way. Founder Tom Dickson first developed a motion sickness patch and an ocular insert for glaucoma patients at Alza Pharmaceuticals before coming up with lighter, more economical home grain mills that were faster and more efficient than the existing products, and he did this all while doing plastics research. His work stood him in good stead in the budding home appliance market, making Blendtec several tens of millions of dollars from the kitchen mill alone.

His next step was to rock the world with blenders and other appliances that outperform all others on the market. The passionate inventor became intrigued with blenders shortly after his wedding in 1968. With an engineering degree from Brigham Young University and an unquenchable determination for improvement, Dickson set about significantly enhancing the traditional blender after watching a wedding gift deteriorate at some speed. He wanted to create a solid machine that would last. And so he rolled up his sleeves and set to work.

Dickson introduced himself and his super-tough blenders to the world via YouTube in 2006. From marbles to those really loud, plastic soccer World Cup vuvuzelas, these blenders appear capable of turning almost anything that can fit into them to powder. The company’s channel ‘Will it Blend?’ is now bursting with viewers wanting more blending action and a member count creeping ever closer to one million subscribers.

Today, the company solves more problems than ever, going far beyond building remarkable blenders. When Blendtec realized that the cost of getting into the restaurant business can be prohibitive to many promising entrepreneurs, it set out to implement a solution that would make its machines accessible to new operators.

“Blendtec was the first to introduce the pay-per-blend model in the U.S. It is more expensive for new franchisees and new mom-and-pop shops to open up. So we have a new program for them. The only time a customer has to pay Blendtec is when they’re making money. It’s been awesome,” says Georgeson. The first brand to benefit from this plan was Zuka juice, which went on to become major player on the smoothie bar scene in the nineties.

Blendtec’s purchase plan for entrepreneurs means that qualifying applicants can get machines with no upfront fee, instead paying per blend, freeing them from having to pay weighty monthly installments. While many customers may prefer buying the machines from the outset, which is always doable, small start-up budgets are not prohibitive to smaller traders any longer thanks to this new purchase plan. The firm also offers friendly customer support and account management departments that take care of such commercial clients to ensure a hassle-free customer experience.

As the industry’s trendsetter, Blendtec is looking at ways of incorporating the internet of things (IoT) into its technologies to take its products. “We are not afraid to be disruptors in our industry, setting the new normal, and that philosophy will continue to be at the forefront of what we do,” Georgeson says.

Blendtec was the first to introduce square jars for improved liquid transfer, the first to use sound enclosures, and the first to add preset programs to its commercial machines to allow operators to get on with what they are doing while the blender does its job, eliminating the need to monitor the machine while it completes its cycle. New software allows users to cut down on labor and be much more efficient in completing tasks.

This strong push toward improved efficiency led the company to come up with its new Stealth Nitro Blending System (NBS). Modern users are concerned with saving time, preventing waste, and ease of use, leading the company to create a design that answers these concerns as well as offering a considerable reduction in its environmental impact.

During the process of researching the Stealth NBS concept, the company gleaned some interesting statistics from users. It found that rushed service results in nearly five gallons of wasted product for an operator making around three hundred drinks a day.

The Stealth Nitro Blending System (NBS) reduces this waste in several ways. Rather than blending in a separate jar, operators using this patented system blend drinks directly in the cups that will serve the drinks. Whether containing ice, fruit, dairy, or other products, drinks are quickly and easily blended without the traditional amount of product waste or the labor involved in cleaning the machines. Some users have reported water savings of around seventy percent. The Nitro Series even saves power as there is no space inside the cup for materials to bob around, shortening the blending process significantly.

Perfect portion control provides even more savings. Blendtec’s BDI Dispensing system calculates and weighs bag-in-box drink ingredients like flavored syrups to within 0.02 of an ounce as well as dispensing ice and water. It blends the drink, saving the operator, who now simply has to select a number on the machine and activate, a great deal of time.

Greatness is not achieved overnight, however; neither is it achieved alone, and the senior vice president is full of praise for Blendtec employees. “My current team is amazing. I am thankful to have an [incredible] team of men and women who are much smarter than I am [who] sell our products. The common driver for everyone on my team is they truly enjoy helping our customers succeed,” Georgeson says.

Lending a helping hand even extends to charitable causes, and Georgeson underlines the importance of giving back. The firm has close bonds with B4BC (Boarding for Breast Cancer), a group that focuses its work on young breast cancer patients and survivors involved in action sports like surfing. Every year in October, the company selects a blender model, ten percent of the sales of which are donated to the cause. It also provides blenders to hospitals for those in need of tube feeding.

From all its great work and innovation, Blendtec has watched the demand for its products soar over the last few years, and with the growing awareness of the Nitro Blending System and Stealth X products’ contributions to people’s health and wellness, the company forecasts some impressive prolonged growth over the next half a decade.

“Our hearts go out to the many companies that struggled with the effect of the COVID-19 crisis. Thankfully, Blendtec has a product that customers were seeking out during this time. We are seeing unprecedented demand for our cost-saving product,” Georgeson says.

Speaking of growth, Blendtec’s engineering team is developing its next generation of appliances that will continue to set the pace for blending technology the world over. 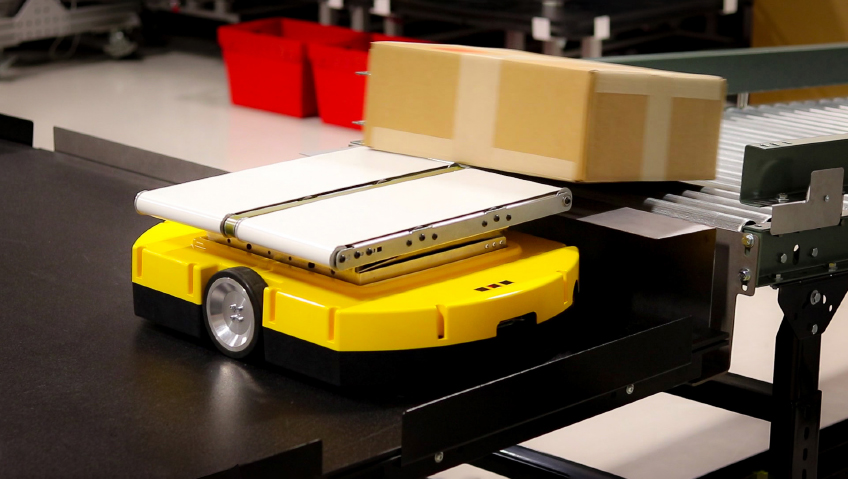