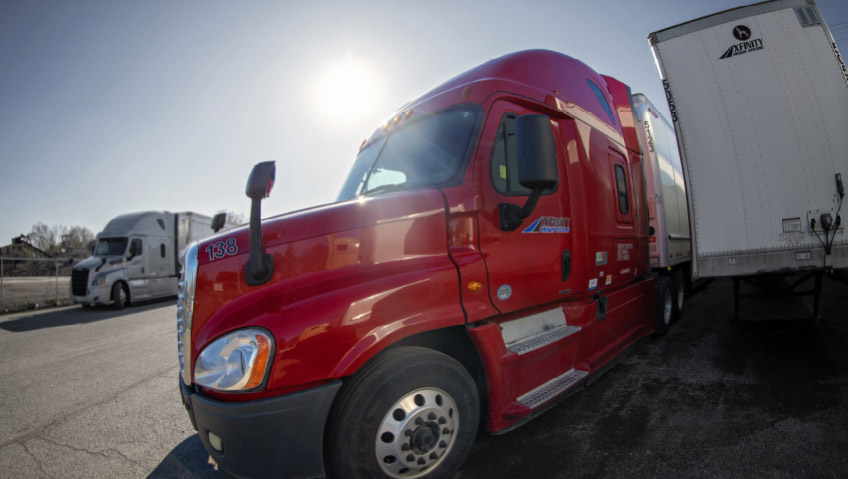 Xfinity Freight Systems is a transportation and logistics services provider in Warren, Michigan, that also provides services throughout Canada and Europe. Since November 2015, the company’s operations have been greatly enhanced by its associated initiative, Fora Logistics.

Especially over the past two years, the company’s sister operation of Fora Logistics has been growing and drawing attention. Xfinity CFO and Fora CFO Kenan Selimagic attributes much of this to the efforts of Fora President Ajia Selimagic, expanding the logistics company into a formidable business, majority-owned and operated by women and a great contributor to Xfinity’s portfolio of services. Kemal Selimagic, Xfinity’s CEO, and Sead Selimagic, Xfinity’s COO, round out the management team.

“The idea is to create an ecosystem by consolidating each company into one large, one-stop shop for all your needs, from parts assembly to warehousing, crossdocking, hauling and delivering freight to our customers in the most effect way possible,” says Kenan Selimagic. “Life after the pandemic is changing fast, and we are adapting to these changes while still having an intimate customer relationship with small or large suppliers, carriers, and manufacturers!”

Vesna Ristovski, head of New Business Development and Customer Relations for Fora Logistics, points out that the company’s biggest source of growth, since Business in Focus magazine’s previous company profile in 2019, is the increase in small business clientele that have established relationships with the company.

Ristovski observes that every small business the company works with has different needs with regard to logistics and Xfinity is eager to help when it comes to transportation. Kenan Selimagic feels that a huge strength of the company, comparing it across the logistics and trucking industries, is its approach to these customer relationships.

Moving on – and up
In an additional big move, Fora spent time in the last two years relocating itself to a downtown Detroit office in a dedicated hub zone (a historically underutilized business zone and financially disadvantaged area with higher-than-usual unemployment rates).

This has boosted direct contact between Xfinity and Fora, leading to faster response times along with various technological advancements that continue to aid customer service. Selimagic adds that the brokerage division of the company has grown the most since 2019 with the trucking side of the business managing to stay relatively stable in turn, making it even more ready to address customer needs and concerns with the quality of response the company has become known for.

Selimagic uses Xfinity’s focus on customer care to address the business’s strong relationship with its workforce, citing the outstanding work ethic that has been generated among all employees, something that can only exist with a great level of pride in the work being done.

Setting standards
Fora has strict standards for the carrier partners it hires as management searches for people with a similar mindset toward the field, which is why dispatchers and other higher-end workers in the company generally begin their careers at the company as drivers, or have similar experience within the trucking industry, a trait also common to the company’s other non-trucking divisions.

Both management and workers at Fora generally know the ins and outs of working at every level and are eager to help those working below them to improve their effectiveness in whatever way possible. Says Sead Selimagic of the workplace attitude that’s so evident: “We know the issues that arise, and we know how to handle them thanks to our experience. When you have people who are able to recognize a problem and handle it, it makes things so much smoother.”

The trucking and logistics sectors are currently seeing a spike in demand with a lot of work available for those companies willing and ready to go; however, Selimagic has encountered a concurrent and unfortunate shortage of workers, especially truck drivers, in meeting this new demand. Xfinity’s turnover is generally quite low but many of its drivers have been active for decades now and there seems to be less interest from young people entering industry in truck driving specifically.

The COVID-19 pandemic has also affected the industry greatly, leading to the creation of more “remote” jobs but at the cost of a lack of emphasis on non-remote jobs, like driving, that require employees to be away from home and family.

Selimagic sees both the inherent negatives to this problem as well as the unexpected positives, such as enabling more workers, including Ajia Selimagic and Senita Selimagic, a mother of two, to work as eﬀectively from home as they can on-site. Senita is in fact able to manage both companies’ responsibilities just as effectively from home while looking after her children thanks to advancements in remote technology during these times.

On the logistics side, data show that customers are also paying more money per load or shipment lately due to a lack of capacity within the industry. Costs continue to rise across the board as manufacturers add shipping costs to what the customer pays, a phenomenon that Kemal Selimagic feels will show its full effect in coming years.

New focus
After nearly a decade spent establishing the business and its various approaches and offshoots, Kemal Selimagic says that the company’s recent focus has begun to shift toward developing a system for all its divisions, including logistics, transportation, maintenance, and warehousing, and drawing all sections into a single location.

This system has already significantly improved customer service and interface with clients, from brokering loads and assigning the trucking division to a load to overall communication with customers. “Everything is within one building and under one ownership and is all working together simultaneously under one system,” he says.

Indeed, while Xfinity is still focused primarily on transportation and trucking, there is also an additional internal push for warehousing as demand in the sector increases and the company adapts to industry changes. Senita Selimagic, Fora Logistics’ Treasurer, says that having been involved in accounts receivables for so long over the years, “I’ve become accustomed to the issues our suppliers are faced with every day, and we overcome them with a much better understanding.”

A bump in the road toward consolidation has to do with how, as Sead Selimagic sees it, the business of trucking is becoming less acceptable to many cities (and their officials) looking for growth.

Sead Selimagic notes that the company has of late had a hard time finding necessary warehousing (35-plus acres) within nearby cities. Xfinity and similar companies are being forced to search for appropriate space further north, away from cities and residential areas.

“Most cities would rather have a hotel than a trucking company,” Sead Selimagic says, pointing out that attitudes like that place a further strain on workers who mostly prefer to be stationed themselves in cities closer to their families. This is a struggle that continues as Xfinity looks for geographically advantageous sites while contending with city regulations and preferences.

Coming together
Xfinity’s intention beyond 2021 is to continue bringing together, and rationalizing and resourcing, every department of the company despite the challenges that lie ahead on that track. The trucking side of the company is currently over 120 units and still growing, with expanding trailer capacity, but the goal remains to gather it in one location, alongside brokering and maintenance, despite its trailers and equipment scattered throughout the United States and Canadian provinces.

The company will also continue to improve its already outstanding customer service and safety scores. And the continued growth of its sister company, Fora Logistics, will help to bring in additional business and capital, as well as generating more consistent work to further encourage drivers, and potentially attract new ones.

Ristovski adds that Fora is currently in the process of certifying itself as an Economically Disadvantaged Woman-Owned Small Business, which will allow it to acquire business from federal and state governments while also enabling it to hire more women into the logistics industry and contribute even more to today’s society.

Xfinity will celebrate ten years in business in 2022 as it pushes toward bigger and better goals and its next career highlight. 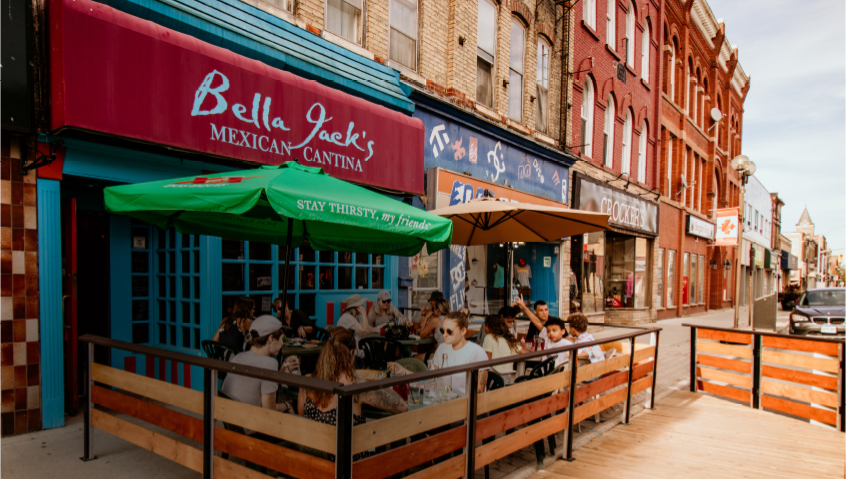