Family-Run Firm Deals with COVID and Builds Its Business

Hightowers Petroleum Company (HPC) has successfully adapted to the challenges posed by COVID and shifting energy markets. Incorporated in 1984, this Middletown, Ohio-based, family-run gas and diesel wholesaler, profiled in the July 2019 issue of Business in Focus magazine, continues to be a leading African-American-owned fuel company, primarily serving the downstream petroleum sector.

When COVID hit, “We just hunkered down, and worked harder than ever,” states President, Chief Executive Officer, and Owner Steve Hightower. “We’ve continued to be able to operate during this period successfully.”

“Our role is to identify and purchase the product, depending on where it’s at in the country. Then we have carriers that we call on as subcontractors to pick up our fuel and deliver it to customers on our behalf,” he explains.

The automotive sector is one of the main recipients of these bulk fuel deliveries. HPC provides the fuel that goes into brand-new cars produced at plants run by the likes of General Motors, Honda, and Nissan. “Every vehicle that comes off of their assembly lines is filled with ‘x’ gallons of gas. The number of cars is a huge volume,” he says.

If automotive is “considered one of our most robust markets, the utility marketplace is also very robust for us as well. When you’re looking at how power is generated, many times it requires diesel,” he adds.

While bulk fuel delivery “is our principal line of business, the fleet card which at one time was a loss-leader has become a star in our tool-kit,” Steve says. This business-to-business offering can be used to purchase products and services at thousands of truck stops and gas stations across the United States.

Steve refers to the card as “the most robust discount network” of its kind in the marketplace, and says the card now has its own app which can be used “to direct customers to where the discount networks exist.”

Like most businesses, COVID hit Hightowers hard. When the virus emerged, the company deployed its technological resources so staff could work remotely. Eventually, it was decided to bring management staff back to HPC headquarters. Health protocols were imposed, and the work schedule was tweaked so employees came in on alternate weeks to avoid overcrowding.

Employees are now required “to wear a mask at all times when you’re outside of your station or your office, or if someone enters your space in your office, the two of you must have a mask. We made an investment into KN95 [masks], so everyone that enters our facility must wear a mask,” Steve says. “Additionally, we have recently purchased air purifiers and test kits.”

While keeping staff safe was the company’s main concern, Hightowers also had to readjust some of its business priorities.

“We were delivering crude oil prior to the pandemic. Crude really took a hit, and everything was backed up, so supply was very plentiful, and a lot of people went to their base suppliers. We were relatively new to the marketplace, so we lost a lot of business in that timeframe,” Steve says.

The COVID crisis had international ramifications for HPC. The company is a licensed motor fuel dealer in South Africa, but work fell off drastically when the pandemic struck. The company also had negotiations with China and Abu Dhabi which were affected.

Ironically, the virus drastically reduced marketing expenses at HPC. In pre-COVID days, the firm regularly attended trade shows and industry events, most of which have now moved online. “All the conferences and all the flying we would normally do to meet customers and be part of conferences and conventions, those costs were totally eliminated in 2020,” Steve states.

While the company “likes to shake hands and talk face-to-face,” staff quickly adapted to conducting meetings on Zoom, Microsoft Teams, and other online platforms, he continues.

Hightowers remains one of three principal companies with which Steve is involved, the other two being HP Energy and the Hi-Mark Construction Group. Total employment across these enterprises stands at roughly seventy people (although that figure varies due to fluctuations in the construction market).

“HP Energy has begun to get its stride going. They’re engaged with a lot of energy-related projects, including consulting to implement microgrids for a public zoo. Our engineering and expertise is driving the project,” he says.

He is excited about a new venture that involves all three companies under his purview. “We are now looking at supplying EV charging stations for electric vehicles. We have negotiated distributorships for that technology. With our construction team, we are in a position where we’re able to install on a national basis.”

If all goes to plan, HP Energy would work on the energy part of the deal; Hi-Mark Construction would handle installations.

The company’s interest in green power reflects both environmental concern and business sustainability. “As a company, we’re very environmentally-conscious. While we have a product that we are not ashamed of and are proud to be able to offer, we also know that there are ways we can reduce emissions with various additives and alternative [fuels],” Steve says.

These alternative fuels include biodiesel and ethanol, both of which are derived from plant material. While immersed in the oil and gasoline trade, Hightower readily acknowledges the rise of renewable energy. Gas and oil will still be around for decades, but the company is already preparing for when renewables start edging out fossil fuels.

“Do I think gasoline and diesel is going to go away in the next ten years? If they stop making combustible engines today, it will take fifty-five years to clear [gas and diesel from] our system,” he notes. “We’re looking from a standpoint of not being a dinosaur. We know the [renewable energy] market is coming and want to be in front of it.”

The company’s high standards have earned HPC numerous awards. The firm was declared Deloitte USA Top 100 Companies’ #25 in 2020, and 2019’s Minority-Owned Business of the Year by the Dayton Business Journal newspaper. Hightowers had been a finalist for this title for several years running. Previous accolades include the 2019 General Motors Supplier of the Year Award and the 2018 Duke Energy Supplier Excellence Award (Diverse Supplier of the Year).

Steve remains personally involved with a plethora of organizations. He recently finished terms on the board of directors for both the Cincinnati USA Regional Chamber of Commerce and the National Park Foundation (NPF).

He is also a current Board member of the National Petroleum Council (NPC), Rainbow PUSH, Cincinnati Business Committee, NMSDC National Minority Supplier Development Council and the Society and Independent Gasoline Marketers Association (SIGMA), among many others. He was appointed to NPC Council by President Barack Obama and re-confirmed by former President Trump.

Steve proudly notes that Hightowers is “going into our fourth generation as a family business. We have two granddaughters working in the business, which was started by my father and mother and carried forward by myself.”

His parents, Yudell and Elsie Hightower, established a thriving company called Hightowers Janitorial Service in 1957. Yudell evidently passed on his business smarts and drive to his son, who launched Hi-Mark Construction in 1979. Two years later, Steve purchased his parents’ janitorial business. He eventually sold the firm and founded Hightowers Petroleum Company after winning a petroleum contract from the state of Ohio.

Going forward, he would like to keep Hightowers a family-owned firm but is open to expansion in whatever form that takes.

“We’re looking into the future as to what expansion looks like, relative to funding. We have opened ourselves to options of strategic alliances and partners, to be able to get to the scale we would ultimately like to be at. It’s admirable that we have a national reach and that we’re delivering into Mexico and Canada, but in order to go beyond [that] we still probably need some additional capital resources,” Steve states. 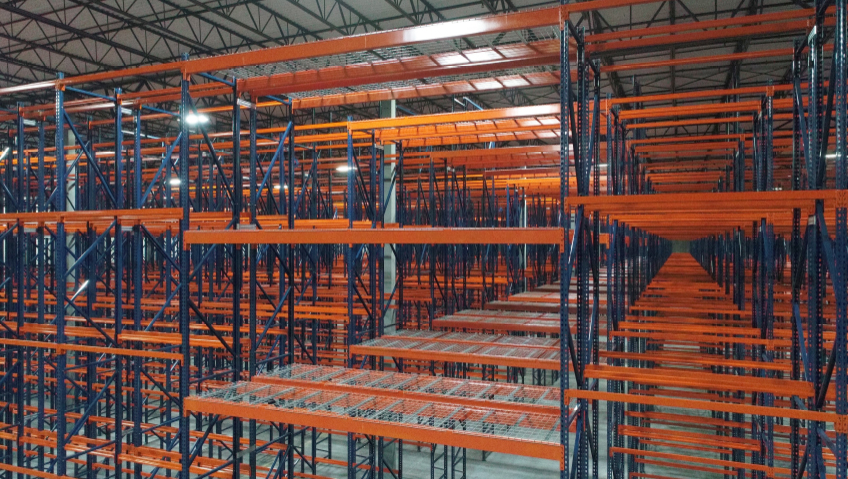 Family-Run Firm Deals with COVID and Builds Its Business