Kicking off 2021 with a Gamechanger

The Port of Green Bay 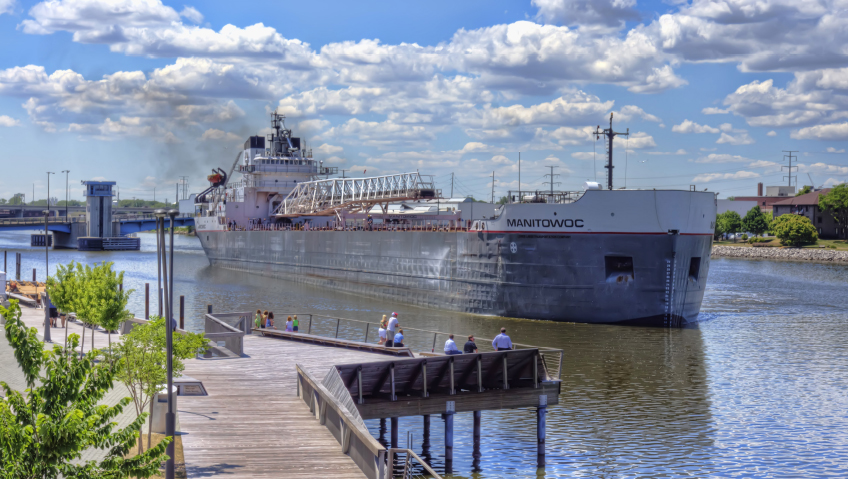 The Port of Green Bay is an economic engine that has been driving growth and prosperity in the City of Green Bay and Northeastern Wisconsin for centuries. But its true capacity will only now be realized, as new and exciting ways to maximize its potential build steam.

Currently, only two percent of domestic freight in the United States is shipped through marine channels, despite these offering a safer and more efficient and cost-effective way to move commodities compared to highway and rail transportation infrastructure.

In Europe, 44 percent of goods are seaborne, while in China it is a whopping 61 percent. This means there is still significant market potential to bring greater prosperity and economic sustainability to the City of Green Bay and Northeastern Wisconsin via the Port of Green Bay.

As the western-most port in Lake Michigan, the Port of Green Bay offers the shortest and most direct route to markets around the world, including the Great Lakes region, which itself is the third largest economy globally.

Port with potential
The Port is home to fourteen businesses, eight of which are capable of handling dry bulk commodities like coal, cement, and limestone; four that handle bulk liquids like petroleum products, liquid asphalt, and other chemicals; and three that serve as general cargo docks for things like machinery, and agricultural and forest products, like wood pulp, which support the local paper and packaging industry.

Under the administration of the Brown County Harbor Commission, The Brown County Port and Resource Recovery Department is tasked with overseeing the port’s operations. Director Dean R. Haen and his team work tirelessly to ensure the port has the resources, infrastructure, leadership, and vision to succeed in bringing growth and prosperity to the region.

Luckily, COVID has had a minimal impact on the port’s operations, though port businesses are working safer and smarter to ensure that business continues as usual. While 2020 shipping volumes fell just short of the record-setting years prior, the Port has kicked 2021 off with a game-changing announcement.

The first domino
Brown County recently received a $500,000 grant from the State of Wisconsin through the Wisconsin Economic Development Corporation (WEDC) that will, along with using its own financial resources, enable it to purchase the site of the decommissioned WPS Pulliam Power Plant, located at the mouth of the Fox River.

“It is the holy grail of port property in the Port of Green Bay and we were successful in being able to acquire that,” says Haen. “The first domino has fallen as we secured the property. The next step is to find and maximize the highest and best use of the property, and lease it to one or more entities to create jobs.”

He says the intention is also to develop the site into a modern port facility.

“Until now, the port really hasn’t owned any waterfront property, so we’ll have acres that we will be looking to lease to suitors to grow the port. Port growth will be a key component of that, so it needs to happen somewhere, in order to access state and federal grants to be able to develop that site” In particular, Haen says, they are eyeing harbor assistance grants .

The newly acquired site has highway and rail connectivity, making it a perfect fit for any port growth opportunity, including relocating an urban port operator, expanding existing port operators or finding new operators that could include fertilizer, steel, wind components, an intermodal facility or others. Viability studies are underway to identify ways to leverage this site to its fullest, taking advantage of the connectivity and proximity to markets, including the ability to complete overnight deliveries to customers within a 400-mile radius.

Friend of the environment
With regard to potential uses, a proposal has been put forward to relocate coal piles from C. Reiss Coal Company to the site. These have long been stored along the banks of the Fox River in downtown Green Bay, and are an eye sore and a nuisance from a development perspective, as the piles occupy prime waterfront property. They also emit coal dust into the downtown core. Discussions are underway.

While the Port of Green Bay is certainly an economic driver that plays a significant role in the area’s growth and development, it is also a proponent of environmental conservation. A perfect example of this is the collaborative efforts that took place to restore Cat Island.

The Cat Island Restoration Project was a multi-partner habitat restoration that resulted in the reconstruction of three islands that provide hundreds of acres of habitat for countless bird species, including many on migration and even endangered species like the piping plover.

The islands, which were constructed using beneficially reused dredge material removed from the outer harbor navigation channel, still have placement capacity for another thirty years’ worth of dredge material.

Regulation re-look
The Port of Green Bay often works with partners to identify new value streams for dredge material. Haen explains: “It’s a state-wide collaboration. Other ports are interested in benefits of dredge material and we’re actually working on finding legislators to draft legislation that changes the way Wisconsin regulators look at dredge material – what we’re calling a resource – to make it commercially available.”

For many years, efforts were made to clean up the Fox River and since 2017, it has met regulatory standards of cleanliness. Haen believes that the standards pertaining to dredge materials should reflect these changes.

“Right now, dredge material is regulated to a point where it is limited in its ability to be beneficially reusable. It is clean and should be unregulated or less regulated to increase the viability of its reintroduction. If it washed off the farm field and we picked it up, it is still topsoil like it was on the farm field and we should be able to sell it or give it away, whatever it may be, rather than stockpile it as waste,” he said.

Renard Island
Dredge material has always been a priority of the Port of Green Bay. Renard Island was established in 1977 through a memorandum of agreement between Brown County and the US Army Corps of Engineers to construct the confined disposal facility (CDF) on a legislated lake bed granted by the state.

In 2010, the process of closing the island began and an engineered soil cap was installed. Part of the closure entailed the construction of a causeway to the island. In 2015, the closure was successful and in 2017, ownership of the causeway and island was transferred to Brown County, which continues to identify ways to take advantage of the space for public benefit.

Haen acknowledges that while there was initial interest in investing in paved access and a parking lot to increase public use of the space, the low return on investment paired with the persistence of COVID has stalled efforts to convert Renard Island into a human-use passive and recreational facility. Hopefully, the project will resume when the economy returns to strength.

Port developments take time, and Haen, who has spent many years striving to bring these visions to fruition, understands that better than anyone. But he says that the land acquisition is a gamechanger, and while the announcement has been received with excitement, there is also some trepidation, knowing that, in reality, the work has only just begun.

Still, Haen hopes at some future time to, “look back and say I’m so glad to have been a part of it,” knowing the economic promise it holds for both the City of Green Bay and Northeastern Wisconsin, as well as the businesses and people who call the area home. 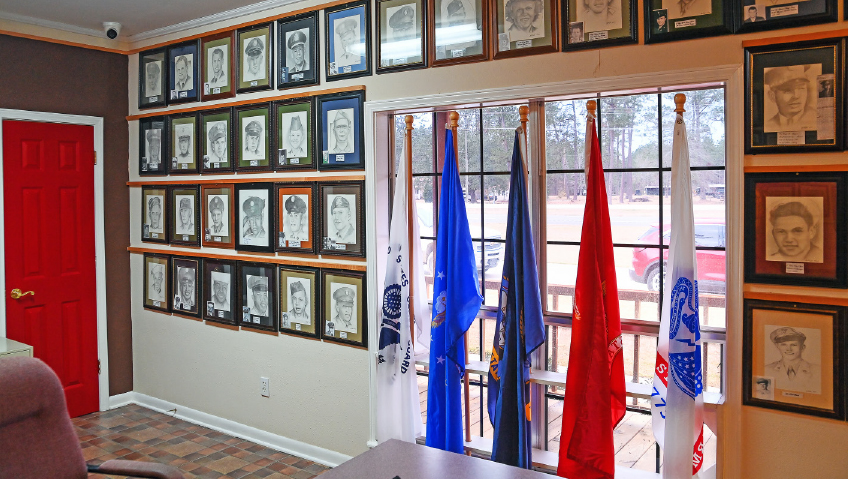 Spend a Day in Cajun Country

Kicking off 2021 with a Gamechanger