Recognized as the greatest in its class by television’s World’s Greatest in 2016, Madison Wood Preservers makes finding superb, treated lumber and agricultural fence posts easier than ever. End tags from this national powerhouse appear only on the best lumber money can buy.

This exceptional company is a premium, mid-size lumber pioneer that supplies homeowners and contractors via independent retail lumber yards and farm supply stores throughout the northeast – all from its state-of-the-art facility in Madison, Virginia. Trusted since 1959 by some of the biggest names in lumber retail industries, this team player simply delivers the best products, service, and customer care.

At Madison Wood, superior lumber is sourced from the best mills in the United States, after which it is pressure treated on site with eco-friendly preservatives in high-pressure chambers before being shipped to clients.

The team’s relationship with customers does not end once a sale is closed. Madison Wood is as thoughtful as it is thorough. Generous with expert advice, information, and education on its products’ uses, installation, and maintenance.

As lumber and other wood products are increasingly available online, separating the chaff from the good stuff using photographs can be difficult. Madison Wood goes the extra mile to ensure that clients make informed purchasing decisions driven by in-depth knowledge rather than initial capital outlay alone. According to the company’s expert team, when treated lumber comes cheaper at the outset, it often turns out to be pricey in the long run with an unusable product coming to light once it arrives on the job site.

Madison Wood’s singular facility packs a punch with the capacity to treat over one million board feet per day. While acquisitions and mergers are trending among the current high demand, this team has taken the long-term, and surer, approach of growing its capabilities, efficiency, safety, and automations within its facility.

It’s a simple creed – “It’s not the size of the company that’s important, but the size of its capabilities.” In fact, Madison Wood’s startling ability to provide clients with a level of service that simply outdoes many bigger competitors resides in its size. By leveraging this very strength, the company has carved out a strategic growth plan second to none.

The COVID-19 crisis left no stone unturned, affecting the lumber industry as catastrophically as it did many others. The team’s solution was to stimulate growth through meticulous customer demand planning and by continuously adapting to the new market reality.

Thanks to the company’s commitment to maximizing its capabilities, the twists and turns of the current economic downturn have found it ready for action.

Despite ongoing pandemic uncertainties and widespread lumber shortages, the team secured the lumber it needed to match 2019 sales and more. In May 2020, as retailers scrambled to stock up on supplies, sales soared to unsustainable levels over previous years.

Working quickly, the team developed a system to fairly distribute stock amongst its existing clients according to average past sales. In this way, the company prevented any single dealer from cornering over-large amounts of product, assuring its regular customers a continuing supply and uninterrupted access to premium quality treated lumber.

This approach not only bought the team time to source more lumber, it also secured the continued support of long-standing customers. The plan enabled the company to guarantee customers a set price when they ordered, to offer an average three-week lead time or less, and to ship what was originally ordered with each shipment processed.

This decisive action stands in stark contrast to many competitors’ non-committal pricing that typically uses the ‘priced at time of shipment’ (PTS) model, driven mainly by the sharp rise in the price of lumber occasioned by longer lead times. Poor inventory management often resulted in last-minute changes to orders due to shortages.

“It is this company’s job to consistently uphold our customers’ reputation by producing quality products they can depend on. We want the buying of treated lumber to be the easiest and most worry-free segment of their day,” says Kari Gaviria, Vice President of Sales.

During this time of lumber shortages, Madison Wood’s clients have particularly favored its SelectDeck™ 2×6, a versatile decking alternative of an almost clear C-Grade wood that is manufactured with kerfs to reduce warping, a natural characteristic of southern yellow pine and wood in general.

But it isn’t just Madison Wood’s products and internal systems that are always being upgraded. In the past three years, Madison Wood has also improved its nearly 4.5-acre under-roof storage facility that keeps all its wood looking as fresh and clean as the day it was milled. And, true to the company’s culture, technology updates are always underway. The team recently introduced a new automation suite to its production line. “It can lay out tasks to be completed using prior sales and efficiency tactics as guidelines,” says Gaviria. The system will soon become an integral part of the entire facility.

Also unveiled was a new, proprietary tracking system, MADtrak®, which enables any top client – referred to as a “Blue Diamond Dealer®” – to track live shipments in real-time with fantastic ease.

However, there are many aspects to rendering and delivering the best-treated lumber on time.

One of these is that high demands require laser-focused logistics planning, with members of the team having to think on their feet. Prior to signing any new deals, the company ensures that it has a reliable transportation provider to run the route. Madison Wood devotes considerable energy to securing solid partners who will carry its loads safely and deliver on time.

Adapting to the challenges of COVID-19 is not the company’s only current driver of change. After 40 years with Madison Wood, President Steve Lillard will be relinquishing his role as President of the company on December 31, this year.

“After graduating with a degree in forestry I started at Madison Wood driving a forklift back in 1981,” he says. “It has been a wild ride full of meaningful partnerships, detailed collaboration, and teamwork. I have decided at the end of this year that I will be stepping down as president. This industry is ready for the next generation of leadership and I cannot wait to see what the future brings for this company.”

His official retirement from office will be followed by a year or two in which he will continue acting as an advisor to the team. “Madison Wood Preservers has a facility that is still the most up-to-date treating facility in the world,” he says. “I think it is time for new talent to come in with the succession – people like Brad Knighting and Kari Gaviria – to take us to levels that a person of my age may not be able to reach.”

He is pragmatic about the large change that awaits. As retail sectors have growing numbers of younger people entering the job market, creating the need for a younger generation of service providers and a refreshed supplier/client interface that they can relate to, Lillard sees the step as timely.

“The innovation that they bring with them will be critical to the success of the company,” he says.

When it comes to its team, there is no end to the leaders’ praises. “We’re convinced that we have the best team in the industry,” says Brad Knighting, Vice President of Purchasing.

This sentiment is reflected in the fact that not even one of the company’s 105 staff members were laid off due to the virus. When asked about morale, Knighting is particularly proud. “Most importantly, we have a bunch of self-motivated people. People that are interested in being their very best and being part of a successful program,” he says.

The company ensures that its people are well remunerated. This culture of caring is one of its greatest forms of support for the entire team. “There’s a lot of respect and comfort in working with each other – we all know we’re here for the company’s best interests. I think we unite on that front,” says Knighting.

It’s apparent that Madison Wood’s entire team worked with great gusto to pull the company through this uncertain time in world history. Accountability and team effort especially are two game-changing traits of this company’s equitable organization, and staff members are motivated to take on a diversity of roles to help people invest in their own and the company’s future success.

Madison Wood also cultivates its future leaders with much care and dedication through programs like MADskillz and other educational activities that keep employees up to date with both the company’s and the entire industry’s latest best practices.

Despite universal challenges, trade has evolved over the past two years as demand for treated lumber rocketed. Many of Madison Wood’s new clients are retailers, tired of second-rate service and seeking to benefit from its meticulous customer care and excellent products. And meanwhile, according to Gaviria, demand for quality lumber and related wood products continues to rise despite freezing winter temperatures and very high prices.

Blessed with the go-getting spirit that’s so typical of the company, Kari Gaviria brought home the sought-after Pro Sales 4 Under 40 Award in 2020. She also became a proud member of two of the American Wood Protection Association’s (AWPA) committees, followed by her well-deserved promotion to Vice President of Sales in December last year.

It will take some time before bulk lumber suppliers are out of the woods, but the company remains confident. “2020 brought forth many lessons that made us stronger. That being said, we expect that the trends continue throughout the third quarter of 2021,” says Knighting.

Moving ahead with sustainable annual growth, Madison Wood will continue to measure its success by the volume of consistent return customers it generates. “In an age of consolidation, we wish to remain a company large enough to compete but small enough to care,” says Price. “One thing is for certain; our products, service, and facility will remain at the forefront of the treated industry for years to come.”

All considered, the indicators are clear. Leading the way with impeccable preparation, Madison Wood Preservers is set to surpass its goals in the year ahead and beyond. 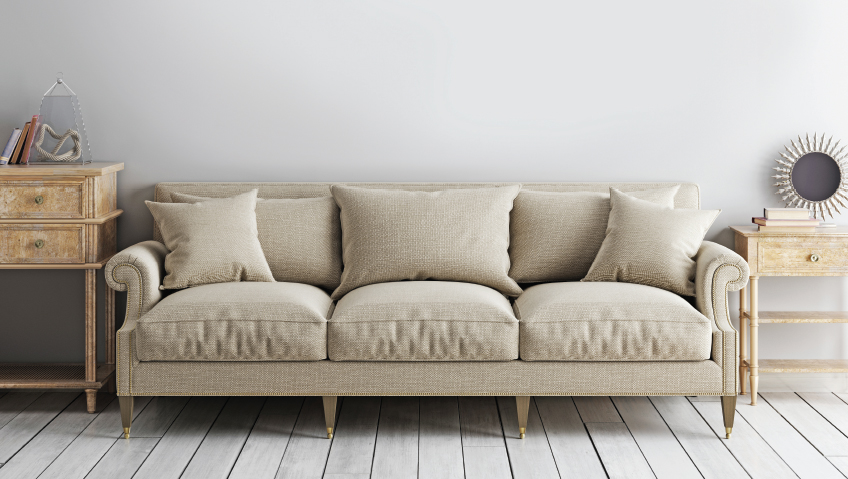 This Family Timber Business Puts Hope on Your Wall