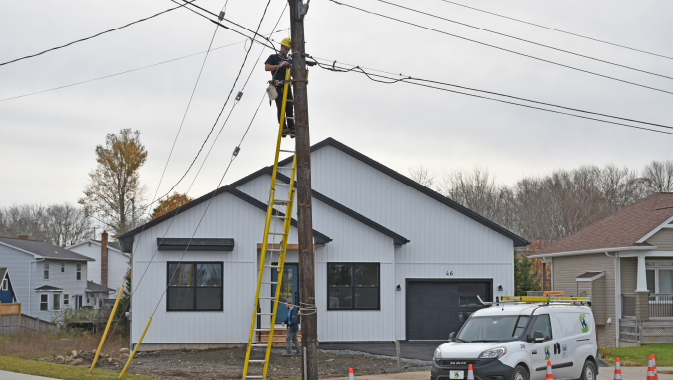 Data Wiring Solutions (DWS) of Halifax, Nova Scotia is a national telecommunications contractor. Owner Shawn Kersey brought it to life in 2002 in his basement with a single employee. Now, with over 160 employees and a reputation for strong fiscal management, who knows where it will end.

Kersey, who had previously started another company in the telecommunications sector but sold it before launching DWS, spent the first year of his new business growing it by specializing in residential and smart-home wiring installations. After about a year at the residential end of the market, Kersey realized that it was a much tougher market to break into and decided to shift the business to the commercial side of telecommunications instead. Thanks to success in that area, the company was able to ramp up its operations and, for its first several years, doubled its size annually.

Kersey recalls that the fourth year of business was when DWS finally moved into its first office (which it quickly outgrew and left for a bigger one) while landing more contracts and once and for all establishing its name.

Smart growth
Kersey remembers the uncertainty of starting out, not knowing where the work would come from and how momentum could be gained. Over the years, DWS met these challenges and ensured a steady flow of work, first by entering into a partnership with equipment company Alcatel-Lucent which had contracts with telecom industry giant Bell (Bell Aliant in the Atlantic provinces) to install TV cabinets.

Being a contractor specializing in wiring TV cabinets with fibre and copper, DWS was able to use this partnership to establish itself as a player in the telecommunications space. From there, the company was given the opportunity to do installation and repair of fibre-optic cable, wiring spaces for high-speed internet and TV, directly for Bell. The success of DWS at this prompted Bell to call for additional technicians and jump-started the growth of DWS.

Eventually, the contract grew to over 50 technicians and the opening of an additional office in Newfoundland some 10 years ago, along with a contract to work in Ontario. In 2019, DWS also opened an office in Winnipeg after Bell offered additional work in the area.

“Plug and play” professionals
As Kersey describes it, the services the company offers are “very plug-and-play.” These services are requested in the company’s traditional areas of operation as well as in Ontario and Manitoba, with the company’s reach continuing to expand.

Kersey feels that DWS stands apart from other outfits in its field with its professionalism – clean vehicles, clear logos, and uniformed, knowledgeable technicians. This professionalism perfectly reflects the quality of workmanship produced on every job by workers who have taken to heart the company belief in doing every installation or repair correctly the first time around.

“When we show up,” Kersey says, “most customers feel comfortable that they have hired a professional company that will do the job right.” Every measure is taken to keep the customer satisfied and treated well, as “building relationships that stand the test of time has been one of the major keys to our success.”

Within the ranks of DWS, Kersey feels that his employees are empowered to do their job without micro-management, as the company does its best to hire the right people for the job and train them from the ground up on the technical side as the best way to instill the company’s core values (most of which its employees already possess, says Kersey).

Kersey reveals that every person involved in front-line management began work in the company as a technician and gradually evolved to managing others, which means that they know the business first-hand. This knowledge informs the culture and is the basis for the strong sense of camaraderie that seems to be a feature of staff interaction.

Kersey adds that the office staff have a good relationship with one another as well and that this kind of good attitude starts at the top. All executives including himself make efforts to foster a positive attitude and a good environment so that “everyone is flying in the same direction.”

Essential service
In 2020, DWS was lucky enough to find itself less affected than some by the COVID-19 pandemic because telecommunications services were deemed an essential service. Most employees have been working steadily since the beginning of the pandemic in March due to consistent (and even increased) demand for better or additional internet connections, as companies enacted work-from-home procedures.

He also reflects that, in periods when the company has itself experienced vigorous expansion, acquiring new service vehicles along with proper tools and equipment can be a challenge, as many vehicle suppliers function strictly on a made-to-order basis. Waiting on certain items to outfit a truck can mean stretched-out lead times. This, however, is when the reserves of experience at DWS are so valuable, allowing DWS to solve the problems without sacrificing their focus on their clientele.

Another level
As 2020 begins to wrap up and attention turns to the new year, the company is currently looking into how it can spread its service throughout Ontario and Manitoba and take its work in those provinces to another level.

Kersey specifically says that, in the next year or two, he also wants to take the work currently done in Halifax and St. John’s (i.e. structured cabling and security installation) and advance it to these same levels in these newer markets (while observing COVID-19 restrictions and regulations, of course).

All in all, the issues of the pandemic have done little to slow either the work or the growth of Data Wiring Solutions – or even their ambitions – and the company looks to continue being a trusted name in the telecommunications sector across Canada, no matter what lies ahead. 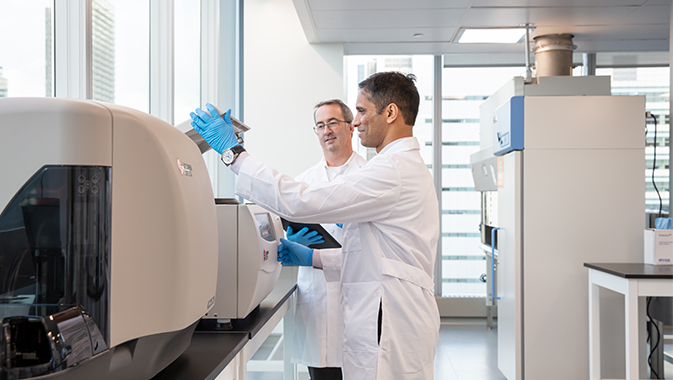