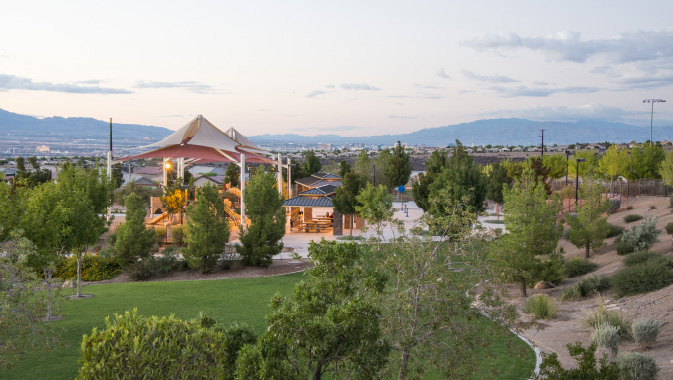 If you’re a Raiders fan and living in the Las Vegas Valley, these are extremely happy days. The NFL team has its new home – and an incredible $1.9 billion 65,000-seat domed stadium – in the City of Henderson, about 16 miles southeast of Las Vegas.

“Being the home of a NFL franchise – having been born in Vegas – is a dream come true,” says Derek Armstrong, Henderson’s Director of Economic Development and Tourism. “It’s a big thing for Henderson and it’s a big thing for the region as well. So I am absolutely super proud of that. And I’m a huge Raiders fan.”

Armstrong worked with the Raiders organization to help build connections between the football team’s executives and local community partners. In fact, the Raiders donated significant funds for Chromebooks for local students during the COVID-19 pandemic. “The relationship that they have with the city is great,” says Armstrong. “We’re really looking forward to continue working with them.”

With a growing population of more than 320,000, a new Google data center, top-rated schools and a wide range of community amenities, Henderson is no longer in the shadow of its famous neighbor Las Vegas. It’s clearly on its way to establishing a distinct identity as a great city to live, work and play – all without having to go to The Strip.

“Over the last decade, Henderson has really transitioned from a bedroom community to a vibrant city. And you see that with a lot of the companies that are coming here,” Armstrong says.

The city is considered pro-growth and business-friendly with Nevada’s zero corporate tax advantage – and Henderson actually has the lowest tax rates in southern Nevada. And on top of being a growing hub for businesses, Henderson also has more than 80 linear miles of recreational trails for nature enthusiasts; the popular Cowabunga Bay Water Park, which has one of the largest wave pools in the U.S.; and 11 golf courses within the city limits with another 24 nearby. It also holds down the number two spot on a Forbes list of America’s safest cities.

It’s a compelling mix. Lifestyle amenities, business incentives and an educated and skilled workforce are luring manufacturers and tech companies to set up shop in Henderson. The location also offers easy access to the interstate highway to southern California, while McCarran International Airport is close by, affording access to anywhere in the world.

The Henderson council came to an agreement last year with Haas Automation, one of the largest machine tool builders in North America, for the company to build a 2.5-million-square-foot advanced manufacturing facility in the city. And Matter Real Estate is currently building 500,000 feet of industrial space spread across seven buildings.

“I get to work with a lot of businesses and help them relocate here and grow,” Armstrong says. “We’re unique in that we tend to have a higher median income as compared to the rest of the Valley and a higher educational attainment, so that’s attractive for moving your family here.”

If you’re looking to expand your business, Henderson has plenty of opportunities. Certainly, the desert climate doesn’t hurt, with an average of 292 clear days per year, and there is plenty of new construction in the works, including the crews right outside Armstrong’s city hall office that are completing a downtown practice facility for the NHL’s Vegas Golden Knights. The complex will feature two ice rinks open to the public and provide a home base for the Henderson Silver Knights minor hockey league team.

A new 6,000-seat event center is also coming to the downtown core, which will serve as the home for community and cultural events, graduations, and concerts by the Henderson Symphony Orchestra.

Armstrong has been in the job for only a year, and he certainly isn’t the type to rest on his laurels and just let things fall into his lap. He’s entrepreneurial and the kind of guy you’d want to have as your neighbor as well as your city official.

He served in the Marines for five years, first in Arizona, then Japan and then Thailand in 2003, when there was concern about North Korea invading South Korea. He started his own law firm in his thirties and was elected to the Nevada Assembly where he pushed to improve schools, legalize Uber and Lyft, and help manage the $7.5B state biennial budget. And for the last four years, Armstrong has volunteered his time with Heroes in the Rough, a local non-profit group that enables severely wounded veterans and their families to play golf and enjoy other outdoor activities. It’s a way to show these heroes that they are valued and appreciated, he says.

“Being able to see the joy on some of the faces of veterans is really something. We have one who served in Vietnam where he had both of his legs blown off and he’s wheelchair-bound. We were able to get a special chair that allows him to golf, so just hearing the stories from his wife and his family about how happy he is now that he is able to get out and get around… I’m really proud of the organization.”

While working for Henderson, Armstrong has been instrumental in numerous development projects, including a new hospital and a center of excellence for advanced manufacturing training – along with programs to help businesses come back strong in the wake of the COVID-19 pandemic.

“I’ve really enjoyed this role and I think it’s a good fit for me because it’s this intersection between still being able to be involved in the policymaking and really helping shape the community.”

But what a year to be promoting economic development and tourism. Much of the local economy is tied to hospitality and tourism, and the typical large conventions have been cancelled or deferred to 2021. While there has been an uptick in visitors from California, like many other regions across the country a longer-term recovery is generally expected.

Despite the positive growth rate of jobs reported, Nevada still carries one of the highest unemployment rates in the country, four points higher than the national average. Where others may see roadblocks, however, Armstrong sees challenges and opportunities. The city has expanded on the use of outdoor space for dining, and wine and alcohol pickup at restaurants. His office surveyed businesses about identifying gaps in services, and recently started a small business grant program through federal funding dollars.

“We launched a program on a Monday and the next morning I had 93 applications in my queue for that. So we’ve designed a program that people want to participate in.”

So what will help Henderson get through the pandemic?

“I think it’s all about our leadership investing in projects and economic programs so that we’ll come out stronger on the other side,” Armstrong says. Large projects like the Henderson event center are continuing to move forward, “so we’re out there creating jobs and supporting businesses.” 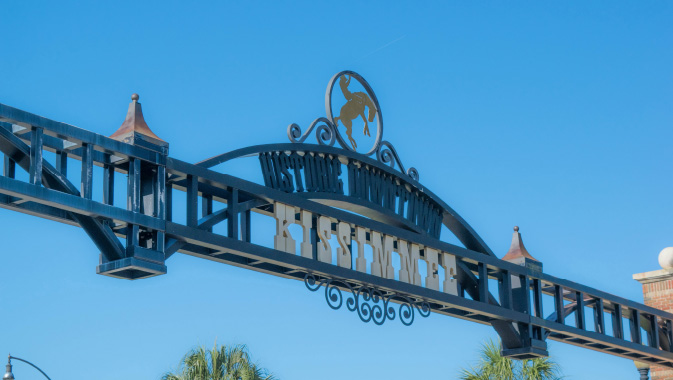