City of Vaughan, ON 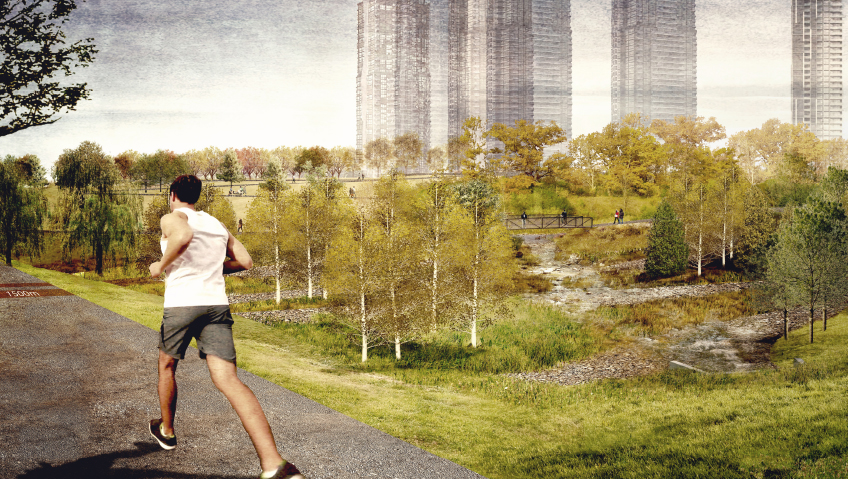 Located just north of Toronto in the Region of York, the City of Vaughan is a vibrant and rapidly growing community that is now embracing its most ambitious project in the city’s impressive history. The VMC — Vaughan Metropolitan Centre — is an emerging downtown core being built from scratch, featuring a host of amazing amenities including a complete walkable, transit-oriented community with retail, office, institutional and residential uses. With high-profile corporate tenants on board such as KPMG, PwC, Harley Davidson Canada and Scotiabank, the area’s first two office towers are 100 percent leased, with more structures in development and the city aiming for 1.5 million square feet of office space by 2031.

With nine towers up to 60 storeys built or under construction in the VMC, the project is complemented by options such as midrise buildings, townhouse communities and a purpose-built rental building, allowing the VMC to become an incubator of entrepreneurial and economic activity.

“What’s unique about our approach is we’re the only municipality outside the City of Toronto that is connected to the TTC subway,” says Mayor Maurizio Bevilacqua, adding, “the Vaughan Metropolitan Centre will house approximately 30,000 people and become the heartbeat of our city.”

The VMC area is in high demand, says Mayor Bevilacqua, and that kind of focus will distinguish it from other downtowns. The Vaughan advantage is something truly unique, beginning with its location, situated within a 10- to 15-minute drive from Canada’s busiest airport, Lester B. Pearson, and within a day’s reach to a market in excess of 150 million people. Of the more than 19,123 businesses calling Vaughan home, 184 are corporate or regional headquarters, with representation across numerous sectors.

“We’re located in Canada’s largest industrial market, with transportation connections to help companies of all sizes and scale expand,” says Mayor Bevilacqua. “And one thing about our work force: it’s above and beyond talented, and it’s well educated.”

As a new skyline is built that reflects these growing business and residential developments, the Mayor takes particular pride in a few projects close to his heart, including the YMCA, the new smart technology hospital, and Niagara University.

“The downtown core is actually an existential project for me, because what’s important is not only to have 25,000 people in the area, but to recognize above and beyond the incredible economic advantage there,” he says. “The concept of sensory-based planning forces all of us to think about what the human experience is going to be like at the Vaughan Metropolitan Centre. How are people going to feel? How are they going to live their lives? In the history of our city there’s really the aggregate of all the human experiences that occur within that city.”

What’s also incredible is that this is developing much more quickly than originally anticipated, says Christina Bruce, Director, VMC Program.

Two office buildings have been completed so far, adds Michelle Samson, Economic Development Officer, proving that the VMC is highly attractive to major corporations and big names. “In speaking to tenants who have already come in, the VMC is a very unique node in the entire GTA, in that it has very easy access to both downtown and the suburbs,” says Samson. “The subway station provides really easy and quick access to downtown Toronto, only 45 minutes to Union Station, five minutes to York university and everything in between and beyond. People can quickly hop on the subway and go to a meeting downtown, or if workers are coming up from downtown, then it’s a really easy connection.”

All three speak of the importance of anchors within this project, whether pertaining to high-profile businesses, the subway, or to developments that create meaningful space for future residents.

Vaughan’s new 1.2 million-square-foot hospital — the first constructed in 30 years — will open in the first quarter of 2021, housing up to 550 beds and employing more than 1,800 full-time staff, to be located just seven kilometers north of the downtown. This smart technology building will be the first of its kind in Canada. Niagara University, open since 2019, is the first university in York Region, and has attracted students and staff from across the country with its unique roster of programs and newly created Masters courses.

“From a structure point of view, I created a subcommittee in order to build on our strategic partnership and leverage strong relationships with community and local organizations to ensure that the downtown core was truly reflective of our aspirations of the businesses as well as the citizens,” says Mayor Bevilacqua.

To put it in perspective, he adds, since 2010 they’ve created more than 60,000 jobs and issued more than $12 billion in permits, with an economic growth rate of four percent year over year. “Very few cities in North America grow at this rate,” shares Mayor Bevilacqua. “We’re growing far faster than our province and our economic growth [projections], and are outpacing the provincial numbers as well as the federal numbers. We’re very fortunate that’s happened. We are a city on the rise,” he says.

While Vaughan boasts one of the highest family incomes, what’s really important is that Vaughan recognizes they are a magnet for investments with a proven track record on growth. In total, 1,040 permits were issued from January 1, to May 31, 2020, and more than 19,720 inspections have taken place since January, far exceeding the number of inspections for 2019, 2018 and 2017 during the same period.

Located in the middle of the GTA on both highways 400 and 407, the VMC offers access from anywhere in the region, along with rapid bus connections through York Region and rapid transit going into Brampton. “There’s lots of cycling infrastructure for those people coming from a bit closer, and nowhere else in the GTA do you have that kind of equal access to both downtown and the suburbs,” says Bruce, important to both attracting talent and reaching people no matter where they live.

Fast growth does create certain challenges, however, and as density increases above what was originally expected, a review of the amount of park space, cycling tracks, and the traffic is required. “We’re not sure what’s going to happen with respect to people driving cars [compared to] creating a downtown where more people might be walking in 10 to 15 years. We don’t know that yet,” says Bruce.

The ongoing issue of the pandemic and how it will ultimately impact the downtown’s development is also being considered in the VMC. “We now have to explore what this does and how it impacts city building,” explains Bruce. “It will also affect what type of office space people want. We may not have the answers to address that right now, but it’s certainly on our horizon to consider,” she says.

“We’re watching very closely what is happening with demands for office space and amenities,” adds Samson. “Early reviews suggest that Vaughan may be well set up for some of these changes. Some people are concerned about elevators and high-density office buildings. I think high-rise office towers will continue to exist, but for tenants looking for newer and smaller buildings with amenities such as updated HVAC systems to circulate air, these new towers in the VMC will be well placed for them.”

From a liveability and work life/balance perspective, what’s being envisioned for the VMC at ground level? Walkability is high on the list, and a feature that really stands out compared to other newly densifying centres, says Samson.

“Having a good pedestrian experience is really fundamentally built into this plan, right from building out the street network to having the bigger streets for cars and a network of smaller streets and even pedestrian-only side streets moving through,” she explains.

Great attention is also being paid to ground-level retail and patios to make the walk more pleasant and interesting, accompanied by a network of green and public spaces that will add something new and different. “We’re creating and encouraging developers to come forward with a mixed-use development that would include residential and a mix of retail and amenities space that gets people walking,” says Bruce.

Developments are encouraged to use “POPS,” or Privately Open Public spaces and the walkways that connect the various POPS amongst the developers. “We’re working with a number of different developers, but we’re trying to integrate and collaborate on the design of the small developments so they’re all connected,” says Bruce.

She also mentions the need for retail and restaurant spaces along the mews that people can stop at and enjoy, with landscaped areas for socializing. “We’re creating a downtown,” she says. “We want families and children there. We also want seniors there so it’s [about] creating these spaces that fit all interests.” Affordable housing options are also a must, with a proposed mix of one-, two- and three-bedroom units alongside townhouses and mid-rise developments.

Bringing diversity into the downtown is key, and institutions are an important part of that, says Samson, who stresses they don’t want just residential or just commercial, but to make sure commercial spaces are contributing to the overall activation of the downtown.

For anyone interested in occupancy down the road, Samson issues a “call to action” of sorts around the fact that the city does have more office space coming. If any businesses are interested in setting up an office in the GTA and in particular in the VMC, three new office buildings are on the books with another coming from Smart Centres, providing a significant 450,000-square-foot development. “There’s space coming if people are planning ahead,” she says. “We definitely want them to come and grow with us!”

For the Mayor, the importance of sensory-based planning remains at the forefront. “You’re trying to provide people with the ability to grow as individuals and to have experiences that are positive, and ultimately that’s why cities succeed.”

While some cities project a certain energy and vibe, others, he says, say nothing to you, so the challenge remains in how to build a community that says a lot to a lot of people.

“Ultimately, city building is about giving opportunities to people to live fulfilling and meaningful lives,” says Mayor Bevilacqua. “That’s where our contribution comes in, by providing a healthy life with the YMCA and libraries and cultural amenities and social amenities. The city itself is a manifestation of all the human experiences and interactions that occur in the city. That’s what it is. It’s essential. How do you build a city if you’re not putting people’s experiences and their own sense of self-worth first? If you’re not helping to fulfil the lives of people, then what exactly are you building?”

For more detailed information and visuals including a 360° tour, be sure to visit www.myvmc.ca. 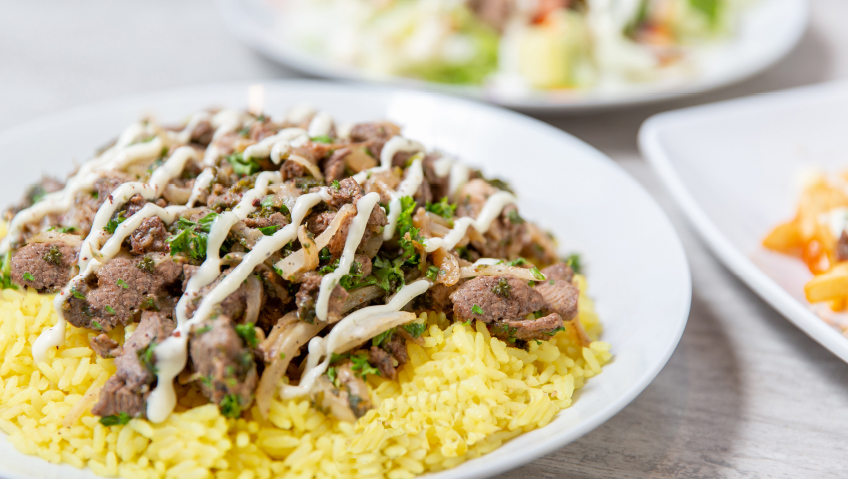