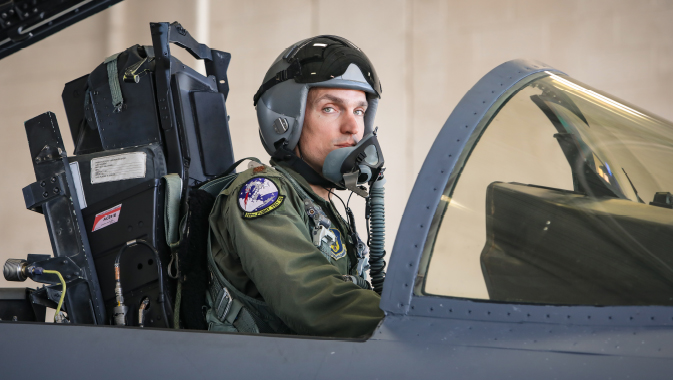 Set right in the heart of the Peach State, Houston County is an exquisitely beautiful place with a lot to offer — especially when it comes to its friendly people and ever-booming business sector. In Houston County, quality of life meets economic opportunity.

Famous for its contribution of peach crops to the state GDP, and fertile in every sense of the word, Houston County in Georgia has tons more going for it than sweet, juicy agriculture. And so does the State. Nominated as the #1 Place for Business by Area Development Magazine for six consecutive years, Georgia has most certainly captured the nation’s attention.

For starters, Hartsfield-Jackson Atlanta International Airport topped the charts once again as the busiest passenger airport on Earth in 2019 for the 21st consecutive year, its 106 million-plus passengers boding well for future business. With the airport just 105 miles from Houston County via the I-75 North, newcomers and locals alike can enjoy the best of both worlds here.

The county also offers quick access to Florida and the commercial port of Savannah. There is an inland port at Cordele about 54 miles away, and getting to Downtown Atlanta takes around 90 minutes by car. The county’s own large commercial center, Warner Robins, is a cultural smörgåsbord — the result of an important military base that was erected here in WWII. The city was incorporated in 1943 and has won its fair share of awards since. It was chosen by Business Week as the Best City in Georgia to Raise a Family, while Inc. Magazine named it one of the Top 100 Places to do Business. Wire Magazine also called Warner Robins one of “12 Small Cities that are Driving the Knowledge Economy.”

With a population of 154,000, Houston County is big on creating a wholesome family atmosphere. Warner Robins juxtaposes its sister city 15 miles away, where the business scene tends to be more traditional. Perry, Georgia is home to the Georgia National Fairgrounds & Agriculture Center where locals and visitors gather to enjoy everything from rodeos to dog shows. Landscapes here are diverse, and whether one loves mountains or beaches, getting into the wilderness from anywhere in the county takes no longer than three hours.

There are many reasons locals call this blossoming county home — not the least of which is its natural beauty. “We’re a welcoming community that offers great job opportunities, an award-winning education system, and for companies in search of a new location: access to an educated and abundant workforce,” says Angie Gheesling, Executive Director of the Development Authority of Houston County (DAHC).

A safe investment
The DAHC forms the backbone of the county’s economic prosperity. In 2019 alone, it secured nearly $650 million in investments and close to 2,000 jobs. Projects include the new Synergy Innovation Center situated just outside the entrance of the Robins Air Force Base (RAFB). Thanks to the DAHC’s smart thinking, the new software development facility will double up as a sophisticated hybrid educational center in collaboration with the Houston County College & Career Academy. The Innovation Center will provide 200 software jobs.

Why Houston County
In Houston County, established industries and newcomers enjoy equal support from the development authority. As courting new industry can be tricky, Gheesling and her team understand that price is by no means the only determiner for large players looking to set down roots. “We always listen closely to the needs of the company… it’s not always about cash. We respond accordingly,” she says.

Here, service lasts beyond the honeymoon phase. The DAHC has two dedicated officers supporting new arrivals for as long as necessary. “This is a point of pride for us. It’s an excellent recruitment tool,” Gheesling adds.

Houston County has grown tremendously over the past 20 years, totaling over 57 percent since the turn of the century — 1.3 percent more than both the State’s and national growth rates. Naturally, the population boom reflects strongly in the county’s construction industry. Nearly 1000 building permits were issued two years ago, followed by another big boom with nearly another 1000 permits awarded in a single city just last year. The DAHC says that, “The next census will reveal that the Warner Robins MSA population has surpassed Macon-Bibb due to this rapid growth.”

The State’s top-quality K-12 education system and low cost of living are but two of the driving factors behind Houston County’s popularity. Indeed, it is as cost-effective to do business here as it is to live; the county’s business costs are lower than that of other large markets in North Carolina, Alabama, Tennessee and Texas, while still offering great access to markets further afield as well as international travel destinations.

All about that base
As a regional work hub, the county’s enormous growth is not solely commercially driven, however. The State’s largest industrial complex, the WR-ALC and Robins Air Force Base (RAFB), provides jobs for around 24,000 people who live here with their families, equating to just over 58 percent of the county’s workforce. Last year, it recruited 1200 employees in only 10 months.

Set next to the base, Warner Robins is affectionately known as International City by locals because of its globe-trotting population. This crossroads of cultures has given birth to a rare authenticity around welcoming new faces. Rather than an insular mentality, the atmosphere is one of warmth and inclusivity. It is easy to integrate and make great friends — just one reason why several former base commanders choose to remain here after their retirement.

Creating synergy
The most recent opportunity results from RAFB being named a “Software Center of Excellence” for the Air Force. The 402nd Software Engineering Group at the Warner Robins Air Logistics Complex was awarded the 2019 Rear Admiral Grace M. Hopper Award for Software Maintenance Excellence in its inaugural year. It is one of four annual awards that recognize the most outstanding military maintenance organizations in the Department of Defense.

It has been determined that the Warner Robins Air Logistics Complex (WR-ALC) at Robins Air Force Base (RAFB) will see more growth in the software segment than in aircraft and manufacturing. A new mission slated for Robins is the ABMS: Advanced Battle Management System. ABMS brings with it a Fusion Center and additional unmanned work. The future work is all tied to software.

As part of its Project Synergy, the DAHC purchased a 40,700 square foot building at the entrance to the RAFB facility where the HCCA will establish its software development training facility and computer lab. The beauty of the collaboration is in the mutual benefit that both the academy and WR-ALC will draw from the large, state-of-the-art facility right on its doorstep. Students will benefit from top international minds sharing their expertise, and enjoy access to the latest equipment and methodologies. A Teacher Externship Program also allows teachers and counselors to job shadow across a selection of industries.

The curriculum and pathways developed by the Middle Georgia Software Education Task Force will enable dual-enrolment options with a choice to enter the private sector or join the RAFB. By establishing strong foundations for a technologically-schooled workforce, the initiative is also set to secure a robust ecosystem for related industries and services to develop around its software development mission. It will encourage innovation right from the school level through K-12 institutions that support the disciplines of science, technology, engineering, and mathematics (STEM). All 39 of the county’s school district facilities are accredited by the national AdvancED Accreditation Commission, making Houston County a desirable location for families with children.

Powerful workforce
Houston County is a global industry competitor and as such, keeping its workforce large and strong is one of its top priorities. “Apprenticeships and exposure to various careers have been a major focus. Upskilling is the name of the game,” says Gheesling. To this end, economic developers are courting new players by ensuring that educational institutions provide the necessary training.

When Frito Lay needed industrial maintenance personnel during a local shortage, the Houston County College and Career Academy (HCCA) partnered with the Central Georgia Technical College, the Development Authority, and Frito Lay. They established the state’s first high school industrial maintenance laboratory, creating a win-win solution for both Frito Lay and the county. “Innovative staffing solutions like [those of] the HCCA are great opportunities for today’s youth and will ensure the viability of manufacturing in central Georgia for years to come,” says Craig Hoffman, Frito Lay Director of Maintenance and Education.

Creating synergy doesn’t end at the DAHC’s doorstep. It recently brought to life the Middle Georgia Charrette and Regional Planning Initiative in collaboration with 11 other counties. The initiative will position Middle Georgia as a leader in the field of technology, which will secure the central region’s workforce, benefitting the overall and local economies as well as the Air Force and Department of Defense.

In January of this year, the State Lieutenant Governor, Geoff Duncan, also introduced the Georgia Innovates Task Force. The team will cultivate the State of Georgia as the technology capital of the East Coast. Middle Georgia plans to position itself as the software center of excellence by implementing related initiatives and securing investment.

Its impressive list of significant successes is the inevitable result of the DAHC’s incredibly hard work. Apart from numerous projects featuring the RAFB as well as awareness campaigns supporting its vision for the region, one of its greatest successes was the recruitment of Sandler Nonwovens, the international German textile giant. After many trips abroad, Sandler Nonwovens entered the DAHC’s scope. The company announced its plans for establishing its first U.S. facility in Perry, Georgia, at a dinner in Munich. This happened exactly one year after the DAHC first introduced itself and shared a beautiful 3D model portraying its future facility in Perry.

Winning the project – out of 150 communities and 13 states – was a huge victory for Houston County, represented in part by the current US Secretary of Agriculture and former governor, Sonny Perdue. “Perry quickly rose to the top of our list, based not only on economic factors but also the social surroundings,” said Dr. Christian Sandler, President, Sandler AG. “It was the mindset of the people eager to welcome us to their community and to become part of our team.”

Top-50 leadership
While it is true that a single swallow does not make a summer, there is no denying that Angie Gheesling has made a phenomenal contribution to the health and wellbeing of both the county and the DAHC. Driven by a passion for people and service that she developed growing up in her family’s restaurant, Gheesling’s indelible spirit is characterized by hard work and a genuine commitment to the greater good. Angie’s sincerity and tenacity earned her the North American Top 50 Economic Developer award for 2019.

Both the region’s economically vulnerable and its veterans are well looked after through several initiatives that take care of their basic needs, education, and mental and physical health. The team is also doing its bit to take care of post-COVID-19 business health, job retention, and recovery with the help of the Middle Georgia Economic Alliance’s MGEA WORKS and the well-known aptitude application, YouScience.

There is no question that this is a forward-thinking community unstoppable in its drive for advancement. With strong teams committed to its success, Houston County’s dream of becoming a software leader is within very close reach. 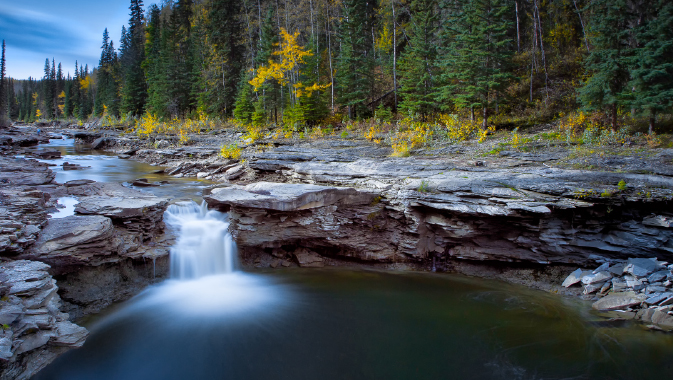