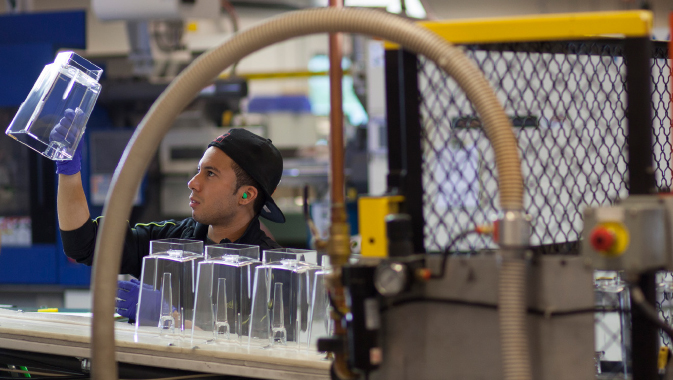 In October of 2006, Tom Dickson posted the very first video in his ‘Will It Blend?’ series to YouTube. In that clip, to demonstrate the power of an early blender model he had designed, he blended a handful of marbles into dust. The campaign quickly went viral as he uploaded dozens of additional videos blending everything from iPhones to swimming pool noodles.

Tom’s marketing helped make his company, Blendtec, a household name and a world leader in the kitchen appliance market. Today, thirteen years after that first video went public, his YouTube channel has amassed almost 300 million views as the company continues to drive innovation in blending and related technologies.

Tom first started thinking about blenders in 1968 when he received one as a wedding present. It wore out relatively quickly and that piqued his interest. He began to think about how blenders were being made and how he could go about making them better. With higher quality components, better motors, and an overhaul to the basic design of the jar, Tom knew that he could build a high-performing, indestructible appliance that would be better than anything else out there and benefit the world.

Tom began his pre-Blendtec career at Alza Pharmaceuticals after graduating from Brigham Young University in engineering. While there, this creative thinker developed a motion sickness patch and an ocular insert for glaucoma patients. Tom has always been able to develop inventive solutions to difficult problems.

Much of his work in the pharmaceutical industry involved the study of plastics, which soon prompted him to examine other plastic-related engineering problems. One thing that caught his attention was how wheat stored in plastic buckets could be ruined by moisture. He began investigating other materials for packing wheat.

One day, while Tom was vacuuming up some spilled wheat, he realized that the vacuum had broken down the whole grains. This was not the result he was trying to achieve, but it was interesting. He realized that, while most grain mills used motors that cost close to 150 dollars each, he might be able to get the same or possibly even better results with a much smaller, ten-dollar vacuum motor. Testing revealed that by running the grains through the vacuum multiple times, he could get results that compared to the more expensive machines. This revelation led to the first in a long line of appliance innovations: a grain mill that was smaller, lighter, and milled grain twice as fine and twice as fast as any other mill in the home appliance market at the time.

The introduction of Tom’s kitchen mill to the appliance world resulted in Blendtec taking a majority of the home kitchen grain mill market share. It has been just over forty years since then, and Blendtec has made more than fifty million dollars on that product alone.

By 1977, Blendtec was producing a variety of high-quality, reliable products and is now recognized as a global leader for the appliances in its arsenal. The company’s primary market advantage from the very beginning was its focus on designing and manufacturing products that could perform better than other appliances, and Tom’s engineering genius helped drive that vision. Concentrating on building better products through innovation and creative engineering has given Blendtec ongoing success.

Tom’s engineering genius has earned him a range of accolades among industry professionals and his marketing genius has made him a global celebrity. He has travelled the world making ‘Will it Blend?’ appearances while helping his company to continue to push the boundaries of appliance technology and grow year over year.

Far beyond the confines of his YouTube channel, he has been featured on several well-known platforms around the world. His story has been told in Forbes, The Wall Street Journal, and other wide-reaching publications. He has been on The Tonight Show, The Today Show, The Discovery Channel, and many more.

While much of Blendtec’s international fame comes from the ‘Will it Blend?’ series and the retail blenders showcased in them, most of its business comes from its much more powerful line of commercial blenders. The Megablender is a massive appliance the size of a refrigerator that can blend and dispense smoothies at the press of a button.

Blendtec blenders outperform rival products because of a few key innovations. While most retail blenders run at 500 watts, Tom’s run at 1500. The blender’s blade and jar are specially designed to work closely together to eliminate sticking and other annoyances common with blenders. The Blendtec blender can double as a mixer and a food processor; it can make soups, sauces, dips, fruit sorbets, and so much more.

Not only does the blender come with a range of preprogrammed speeds, but those speeds can be variable throughout the process. Speed patterns optimized for a wide variety of options are available out of the box. Blendtec is extremely proud of the capabilities of the appliance as well as of just how robust it is. Tom is constantly trying with all of his might to break it and build it back up again better than before.

Blendtec also takes a lot of pride in the fact that ninety percent of its appliances and their components are manufactured domestically. Every aspect of the process, from assembling motors to injection molding plastic parts, is performed in 270,000 square feet of manufacturing space on eight acres of property in Orem, Utah. The current international trade climate has caused great pain for many companies that depend on manufacturing, but Blendtec has gone mostly unscathed. “We’re still cranking out product,” says Dickson. “We’re made in the USA, so we haven’t run out of too many things.”

Competitors are outsourcing manufacturing to reduce costs, but through automation, Blendtec has been able to keep their operation almost entirely local without breaking the bank, and emphasizing high-quality domestic manufacturing has helped the company beat the competition over and over.

One major client had switched to a competing brand that was offering equipment at a lower upfront cost. The client was a multinational brand and the switch was a huge loss for Blendtec, but before long, the appliances started breaking down. When the company began having to replace parts, it realized that the total cost of owning a Blendtec product was much better in the long run.

One of the most significant recent innovations in the blending market is vacuum blending. The trend has been picking up in the Japanese, Korean, and Chinese appliance markets, but according to Dickson, there is still a lot to be desired in terms of performance. Over the last few years, Blendtec has been slowly working on a vacuum blending solution, but in recent months, that effort has become a much bigger priority.

Vacuum blending has a few key advantages over traditional blending equipment. The blending process removes oxygen, which results in better flavor, better color, and even health-related benefits such as more antioxidants and polyphenols in the resulting product. “Once you try vacuum blending, you’ll never go back to conventional blending because you can taste the difference. When you can see the difference and it’s a different color when it doesn’t separate in your glass, and when you know that you’ve got two hundred percent more polyphenols and more nutrition and less oxidation, you won’t ever go back to non-vacuum blending,” said Dickson.

One challenge that arose during the development phase of Blendtec’s vacuum blending product was how to deal with blended material finding its way into the vacuum hose and ultimately into the pump. A domed lid was designed to raise the vacuum hose above the blender jar to keep it safe. This allows the jar to be completely filled without any risk to the pump. If the dome does overflow, any material that finds its way into the hose will be expelled through a specially designed exhaust valve on the side of the vacuum assembly. In the worst case, if it makes it into the pump, it can be cleaned by putting the dome under a faucet and pumping water through the system.

The vacuum-blending system can also be used as a juicer with the addition of the Blendtec nut milk and strainer bags. These are reusable, all-purpose, fine mesh strainers made of nylon that can be used to make nut milks, Greek yogurt, celery juice, and much more. The long-lasting bags strain the pulp from the juice efficiently, are large enough to fit over any blender, and are easy to clean.

On Tom’s YouTube channel, he demonstrates how easy the process of juicing celery can be with the use of a high-quality fine-mesh bag. “People are using juicers, and juicers are terrible because they leave out a lot of vitamins and minerals, and it takes five to ten minutes to clean one,” said Tom. “What I demonstrate on YouTube is how to take eighteen ounces of celery every morning, which I do, weigh it on my scale, chop it up, put it in a blender, punch the button to blend the celery, and then dump it into a bag.”

Recently, Tom has been working with an entrepreneur who plans to open a vacuum-blended juice shop. This will be the very first store of its kind in the world and will be using Blendtec’s vacuum blending product exclusively. “The first vacuum-blending smoothie juice shop will open in New York, and that will be the first commercial juicing retail place on the planet. And they will be using our commercial vacuum blender and our bag,” explained Tom.

For more than forty years, Tom Dickson has been designing innovative, revolutionary products for the home appliance industry. If Blendtec’s track record is any indication, as the interest in vacuum blending grows, its solution for that market is bound to be a winner. 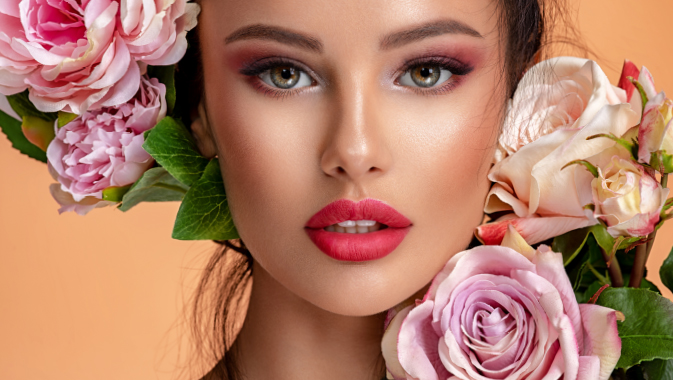 The Changing Face of Beauty