The Spirit of Cooperation 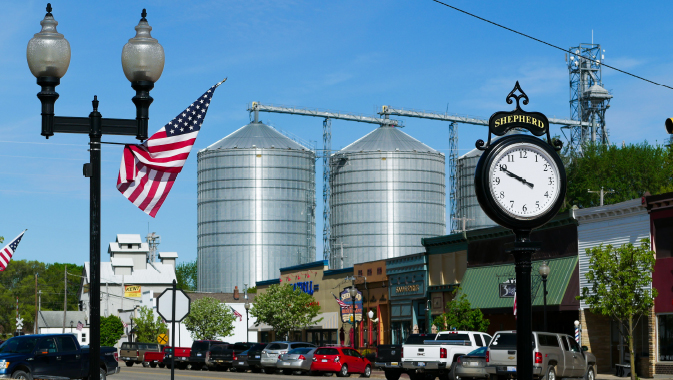 Approaching its 40th anniversary, Middle Michigan Development Corporation (MMDC) has plenty to be proud of. It has been busy attracting and retaining businesses, growing the economies of Clare and Isabella Counties, and enjoying an inflow of new staff and hundreds of thousands of dollars in grant funding.

“When I first started here in Michigan, our total annual operating budget was substantially less than just the grant amount we received in 2019,” says James (Jim) McBryde, MMDC President and Chief Executive Officer for the past five years. “We received more in grants in one year than our total operational budget was just five years ago,” he shares.

“We’ve come a long way in terms of being a regional leader and a leader for rural counties, and a lot of smaller counties in the area look to Middle Michigan as an example of leadership.”

Decades of service
Founded in 1981, the Middle Michigan Development Corporation remains committed to assisting existing and new businesses with valuable information, guidance, grants, and much more.

With two conveniently located offices in both Clare and Isabella counties, MMDC remains focused on keeping and growing existing businesses, attracting new companies to the area, and many community development initiatives.

“Our scope has grown a lot, and we are doing many more things,” says McBryde. “We are not just focused on best practices for our two counties; we are assisting neighboring counties in getting better, and that’s what a lot of grants are about. Even if a project that could have gone here goes to a neighboring county, it affects our workforce in a positive way. People who live here work there, and vice-versa. There is a cooperative spirit among all of us who work in this region, and we are all cheering for each other.”

Working for businesses
Two thousand and nineteen was a record year for Middle Michigan Development Corporation, and for business attraction and retention. Last year, MMDC made an impressive 135 company visits in Isabella County and Clare County, and 309 company assists, often helping companies with multiple issues.

With MMDC’s hard work and dedication paying-off, companies visited by the Corporation reported 263 new hires, and $32,897,000 in new investments.

Another $200,000 was allocated to the Mt. Pleasant SmartZone District to roll out broadband throughout the park, making it more attractive to high-tech companies who were potential tenants, since existing broadband only covered half of the area.

Additionally, $30,000 was received from MEDC’s Region 5 (eight county region) to run the first ever Coming Home event last October. This event was arranged for potential employees, including graduating college seniors and young professionals returning to the area, to take part in matchmaking with 26 participating companies.

With 146 participants last year, the event was a huge success, helping bridge the talent gap between job-searchers and businesses looking to hire.

“This event really helped to build that talent pipeline between educators and companies, because oftentimes there isn’t a lot of communication between the two,” says Pam O’Laughlin of Coming Home. “I believe this event opened up some of those doorways between students and companies to make sure they understand the talent that is within those classrooms, and that the students understand there are opportunities in their backyard to be able to continue their pursuits here.”

Another $39,500 was received from EMCOG, the East Michigan Council of Governments. The funds were directed to assisting neighboring counties to achieve best practices for economic development, for website design, and to help with site selection, industrial parks, and redevelopment-ready communities under the MEDC certification program.

Of the $330,750, a significant amount was sub-granted to various entities, a point of pride for the Middle Michigan Development Corporation. “We have really become a regional leader in a lot of these areas,” comments McBryde. “Our service area is still just two counties, but we stepped up to the plate, and through these grants have provided some real help for the region in a number of ways.”

Defense and cybersecurity
Long known as one of the world’s centers for automotive manufacturing, Michigan shifted from cars to making planes and tanks during the Second World War, earning the nickname ‘Arsenal of Democracy.’

One of the roles of the MEDC is to locate companies in defense-related industries like automotive, tool and die, and medical devices, and to augment their product mix and portfolio with defense and homeland security contracts. To achieve this, Brian Roberts is actively identifying and encouraging companies.

Part of his role is educating businesses who may not think they produce anything defense-related. “Typically, they want end products, but even for companies that don’t produce end products, there’s always opportunities to jump in on subcontracts with prime contractors,” says Roberts. “And that’s the other part of this: identifying what companies would be good to come in with bigger prime contractors who have those relationships with the government.”

Midway through its most recent Strategic Plan covering 2019 to 2021, MMDC continues working diligently with the Michigan Defense Center, cybersecurity, and Industry 4.0, also known as the Fourth Industrial Revolution as industry moves towards artificial intelligence and Smart manufacturing.

One of the few organizations in Michigan to receive a second year of funding with the Defense Center, MMDC is identifying companies with the capacity to pursue homeland security contracts within the five more rural counties of Region 5, not just Clare and Isabella.

Roberts is on hand assessing and encouraging companies to go for defense contracts, while PTAC provides additional technical assistance and follow-up. “In that way, the state can identify companies and see if there’s anything they can do to strengthen those assets, and provide more opportunities,” says Roberts.

Since so many companies are being hit by ransomware, the Defense Department insists all contractors are third-party certified for cybersecurity, and are fully embracing Industry 4.0. Every year, a cybersecurity conference is held with speakers from law enforcement and other areas to bring companies up to speed, while local businesses are encouraged to pursue Industry 4.0, as MMDC wants their practices to be fully up to date.

Welcoming wind power
A few years ago, McBryde was asked to support a large wind energy project in Isabella County, the biggest single phase wind farm in the history of the state. Apex Clean Energy received approval for the project, which will see 136 General Electric wind towers installed.

Significant not only for its size, the wind project will help power the area, bring in additional jobs, and result in the creation of new infrastructure. Requiring and receiving community approval, the turbines will generate enough energy to power approximately 97,000 homes, resulting in more than $800 million of investment locally.

“The team at Middle Michigan understands the value of this project and what it means to the local community and was with us every step of the way,” says the development manager for the Isabella Wind Project, Albert Jongewaard, in the latest MMDC Annual Report. “In fact, the project wouldn’t have been possible without their assistance.”

Among the many other benefits, the wind farm project will result in an estimated 20 well-paying, long-term jobs, and lead to potential training opportunities in renewable energy careers for students in both Clare and Isabella counties. Installed on farmland in the rural northern half of the County, the wind project will also see the County and townships participating in revenue in the areas where the towers will be located, and significant tax revenue coming into the area.

“This project provides more energy independence and clean energy for the area, and this is just Phase 1 of further development of wind and solar in our area,” says McBryde. Another bonus is new roads are being built and dirt roads being paved to access the towers, taking up a minimal footprint on existing farmland. “One of the side benefits of this is, you could have companies coming in and upgrading roads which would never otherwise be upgraded.”

Based on information from Apex Clean Energy, all 136 wind towers should be completed and online by November.

Bright future
With a diversified business base including large manufacturers like Delfield, American Mitsuba Corporation (AMC), Unified Brands, Morbark, and Bandit; and with numerous available grants, industrial parks and room for expansion; with the successful Coming Home event, and with growing renewable energy and more, the future of Clare and Isabella counties is bright.

“I would like to see Middle Michigan continue to be a regional leader but be an even bigger regional leader in terms of working with other areas of the region, not just the two counties we represent,” says McBryde.

“Obviously that’s job one for us – our core two counties we represent. We have to make sure they are doing well. But as we move forward, if we are doing well and can be helpful to our neighbors, it strengthens the region and it’s basically one employment pool.

“People drive 20 or 30 miles to work sometimes. So we want the area to be strong, and we can help companies be stronger and more diversified than ever before, and that’s our goal.” 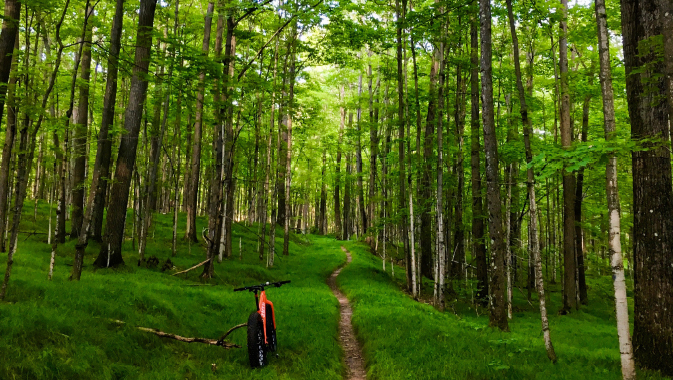 A New Breed of Economic Developer

The Spirit of Cooperation