The Role of AI in Aerospace 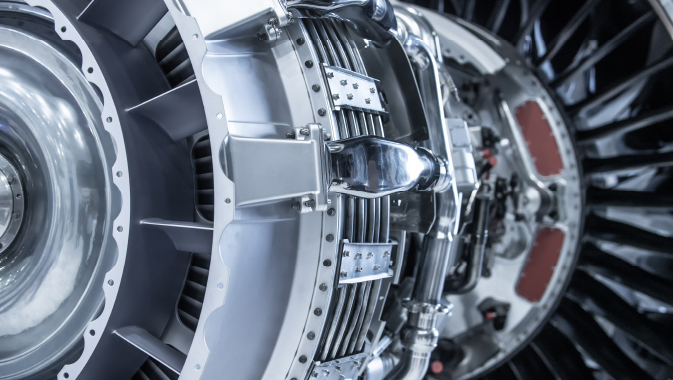 From streamlining aircraft design to customizing the flying experience for passengers, Artificial Intelligence is changing the aerospace industry for the better.

When brothers Orville and Wilbur Wright made the world’s first successful manned, powered flight near Kitty Hawk, North Carolina in 1903, neither could have known the impact their 12-second-long experiment would have on the future. From the Ancient Greeks to Renaissance artist and innovator Leonardo da Vinci’s designs for flapping-wing flying machines, countless others attempted to reach the skies and failed, where the Wright brothers triumphed.

Over a century after the brothers’ flight, the aerospace industry has advanced beyond anything Orville and Wilbur could have imagined. Planes were soon followed by other flying machines and pioneering aviation events, including helicopters, seaplanes, Charles Lindbergh’s and Amelia Earhart’s solo flights across the Atlantic Ocean, the first jet plane, turbojet airliners, supersonic fighters, and the growth of the commercial airline industry.

Rapid technological development
Innovations in flight soon resulted in the creation of the aerospace industry. Stemming from the words aeronautics and spaceflight, the aerospace industry is expansive. Encompassing the manufacture of everything from balloons and airplanes to guided missiles and rockets, the aerospace sector includes simple products like seat belts alongside complex computer guidance systems.

A term originally coined in the 1950s when companies previously focusing on aeronautical equipment began making products for the world’s growing space flight sector, aerospace has come a very long way since the Wright Brothers. Driven by necessity during World War II – which saw the swift development of jet aircraft, radar and combat rockets – and followed by the Apollo Program in 1961 – the aerospace industry’s importance to engineering, innovation and the worldwide economy cannot be overstated.

With hundreds of companies in the market, aerospace is dominated by multinational giants such as Boeing, Airbus, Lockheed Martin, General Electric, Rolls-Royce, Honeywell, General Dynamics, Siemens and many others making products ranging from commercial and military aircraft to launch systems, satellites, and defence systems.

The role of AI in aerospace
If there were ever a sector being impacted by Artificial Intelligence (AI), it is aerospace. Extending well beyond manufacturing, disruptive technologies are dramatically changing everything from how manufacturers are designing and engineering aircraft to the role AI, data science, the Internet of Things (IoT), robotics, big data analytics, mobile computing and other digital technologies are playing. From re-designing aircraft and increasing safety to improving fuel efficiency, development in the aerospace sector is relentless.

For passengers, AI has introduced dramatic changes to the travel industry. Fast disappearing are the days of printed tickets mailed to your home and lengthy check-in procedures at airports. Thanks to technology, passengers can select their seats online long before boarding, scan their passports, do self-check-in at kiosks, and print self-adhesive luggage tags with bar codes at the airport. These are then scanned by an array of cameras and lasers to ensure passenger belongings end up on the right aircraft and destination. Worldwide, some airports are replacing this system with Radio-frequency Identification (RFID) and testing Smartphone scanning apps.

As time- and cost-saving as these innovations are, there are plenty of others on the horizon poised to change all aspects of the aerospace industry. Many were planned in advance, while others are the result of necessity, especially during the current COVID-19 crisis. The Hamad International Airport (HIA) in Qatar recently brought in several AI devices during the pandemic. One, a Smart Screening Helmet, uses AI, an augmented reality (AR) display, and contactless infrared thermal imaging to measure passenger and employee temperatures. Advancing beyond hand sanitizer stations, cashless purchasing and social distancing, HIA also brought in ultraviolet disinfection tunnels for luggage, and fully autonomous robots emitting UV-C rays in heavy passenger areas. A type of ultraviolet light, ultraviolet germicidal irrigation (UVGI) disrupts germ DNA. Used for years to kill bacteria, research suggests UV-C rays may kill COVID-19.

Changing the face of travel
Facing tough competition long before the COVID-19 crisis, the world’s airlines will be required to step up even more in the future. Along with technologies used to make the flying experience better and safer, we will see changes in the way passengers interact with the entire airline industry and vice versa. How we book our vacations has changed greatly; many travelers already use websites like Kayak, Priceline, and Hotels.com to find the lowest room rates, and Skyscanner, Expedia, and Travelocity to get the cheapest flights. Thanks to AI and machine learning, these technologies will keep adapting to meet future needs.

With more and more travel companies embracing AI, getting to and from destinations will be more streamlined than ever. Apps like Hopper, for example, “predict prices with 95 percent accuracy up to one year in advance.”

Just as how we watch television has become much more tailored to our individual preferences, the flying experience is following suit thanks to AI. The days of packing a book or magazine into our carry-on luggage are fast disappearing – as is the limited selection of in-flight movies – since most of us now travel with iPads or tablets. Created by Panasonic Avionics, NEXT Cloud is an industry-specific delivery system platform used for the commercial aviation industry. Similar to Amazon which collects data about our shopping habits and preferences and offers suggestions suited to our tastes, NEXT Cloud personalizes the travel experience through collecting data. Instead of being stuck with few options, passengers can customize everything from Wi-Fi to meals and in-flight movie selections.

Improving efficiencies
Just as machine learning and Artificial Intelligence have changed everything from pre-flight booking to luggage tracking and in-flight meals and entertainment, AI continues to play a pivotal part in airline safety and efficiency. Vital to software design programs and 3D printing, AI is used to create aircraft with more streamlined wings and improved engines. Combined with improved supply chain management, different designs will result in less fuel being used, a welcome sight for an industry estimated to consume 97 billion gallons in 2019.

Another area of aerospace affected by AI is maintenance. Just as new vehicles have sensors cautioning us about everything from our engine overheating to low tire pressure and other cars in our blind spots, modern aircraft have advanced systems in place to prevent mechanical issues. To remain profitable, some commercial planes are in the air for 16 hours per day – or even longer. To minimize mechanical issues, AI is used to anticipate wear and tear on engines, brakes and other parts, so mechanics can proactively repair or replace components quickly, minimizing unprofitable and frustrating delays – sometimes lasting for hours – on the ground for carriers and passengers alike.

And just as many other industries are moving into virtual training – which is efficient, effective and economical – so is the aviation industry. For trainees, AI is an important part of flight simulators, putting new pilots through experiences they will encounter in real-life situations, including unexpected fuel level changes, sudden bad weather and turbulence, and more. While human pilots are still needed, some technical universities in Germany are developing technology making it much easier for pilots to safely land in difficult conditions, especially thick fog, where visibility is extremely limited or non-existent. Able to detect normal spectrum light as well as infrared, these technologies do not rely on radio systems and are not affected by interference.

A huge industry, the global market for AI is set to grow from $152.4 million (2018) to $2.2 billion by 2025, affecting all areas, from passenger safety and security to how aircraft are designed and how the pilots who fly them are trained. A far cry from over a century ago, when two brothers – neither completing high school – adapted the knowledge they had from building bicycles, and changed history. 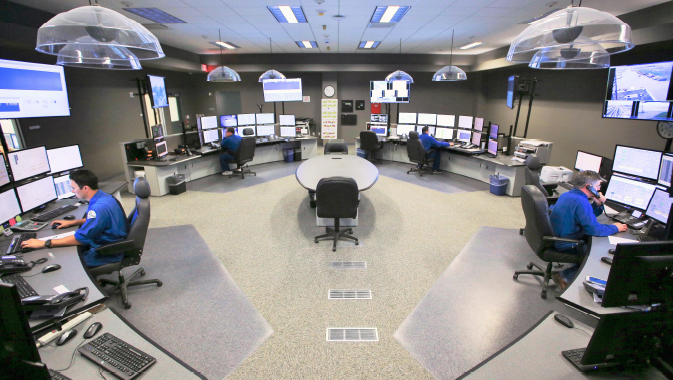 The Experts in Long-Term Solutions for the Industrial Market