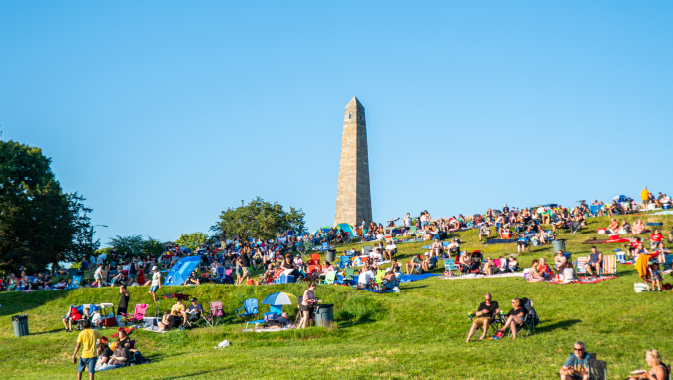 Sometimes, the question isn’t, ‘What’s happening?’ In the case of Groton, Connecticut, it’s, ‘What isn’t happening?’ This is a town that has everything going for it, and it is hard to keep up with the rapid progression of projects and undertakings. We spoke with Manager of Economic and Community Development Paige Bronk and Economic Development Specialist Sam Eisenbeiser to find out more.

Since last we spoke in 2018, Groton’s economy has become stronger across all its main sectors including defense/maritime and tourism. The unemployment rate is low, and the town is a net producer of jobs. Of its 40,000 residents, half are of working age, with 26,000 primary jobs.

“We have our legacy companies: General Dynamics Electric Boat, Pfizer, and the submarine base. All of those companies are growing, but this is not the full story,” says Paige.

The town has been proactive in facilitating new development programs to make it as competitive as possible. This includes business-friendly zoning regulations, new tax increment financing (TIF), and a federally-designated opportunity zone, all supplemented by infrastructure grant funding.

“We don’t sit back and react. We tend to be a leader, not only regionally, but state-wide. We try to make it simple and provide these incentives to attract investment,” says Paige.

“They are proud to say that nearly every Pfizer product is developed in part in Groton. Pfizer has a long history of drug discovery and development. This Groton facility celebrated its sixtieth anniversary of R&D recently,” says Paige.

For this new class of submarine, Electric Boat is spending $850 million building a new shipyard at one end of its property. The project is under construction now. It will be making dozens of submarines over the next fifteen to twenty years.

“At this point, they foresee a need to hire 18,000 people in the next ten years. A portion of those will be to replace retiring employees, and there will also be new jobs produced. Peak employment in the area will be at 20,000 employees,” says Sam. Groton will be busy with efforts to help create workforce development pipelines down to middle schools to nurture the future workforce.

Groton is bordered on three sides by water: Long Island Sound on the south, Mystic River to the east, and the Thames River on the west, and this affects the direction of its economy. “Undersea robotics is a rapidly growing subsector that we are experiencing here,” says Paige. Historically, most maritime activity has required human operation, but unmanned technology can perform functions cheaper and more efficiently.

The Naval and Maritime Consortium (NMC) is based here and focuses on helping small-to-midsized companies in the supply chain of the marine sector. The NMC has over one hundred members that provide services or supplies to large end-users. Much like a chamber of commerce, these are paying members that come together to aggregate their knowledge and strength to influence the growing marine technology market.

“The consortium is growing in size with grant and private funding. The next push they are focused on is cybersecurity, and they are also quite active in working with wind energy,” says Paige.

Another large player in the region is the Thames River Innovation Place (TRIP), which describes itself as an “alliance of public, private, and nonprofit sectors,” and receives direct funding that influences the regional economy. Recently it targeted marine technology growth with grant funding of $370,000.

Across the Thames River is the city of New London. It is a deep-water port and one of only three in Connecticut. The state has agreed, in part, to fund a $150 million improvement to the pier system to be the center of operations for building and maintaining a series of offshore wind generators located not far from Groton.

“What’s great about that as an industry is that there is a lot of overlap with the workforce and skillsets already here in Groton. We expect more growth and are well aligned,” says Paige.

Groton Heights School is another former school building that will be adaptively reused. Groton has partnered with ThayerMahan, a local undersea robotics company that operates equipment remotely. Three to four years ago, it had three employees, and today there are over fifty. The average salary is about $85,000 per year, and it is the fastest-growing company in town.

ThayerMahan relies on several contracts from the federal government, but also private and non-profit sectors to track submarines worldwide. It is under contract with wind energy companies to survey the ocean floor where it also discovers sunken vessels.

“They do anything you can think of that requires the study of the oceans, and we are proud to have them here. They will purchase our property, expanding at that location. An initial 30,000-square-foot building exists. They’ll convert and build a new second building about the same size,” says Paige.

While Groton is a net generator of jobs, the challenge is to provide housing needed for the workforce. No-longer-used public properties that were not paying taxes are being redeveloped for residential use, and this strategy has allowed the town to fill market voids and attract investment and a quality workforce.

A case in point is its creation of amenity-rich multi-family housing for the younger workforce: the Mystic Education Center.

Just outside of Mystic, this state-owned property, roughly eighty acres in size, is a former school for the deaf with historical buildings on the property. Groton worked to find the right developer to assess the property, including its existing buildings, and propose a new development.

“We were successful in creating a partnership with Respler Homes, and they will create a new mixed-use village on the property, retaining the existing buildings which are over 100,000 square feet in size. It will be a $250-million facility, and we will use [tax increment financing] on the property,” says Sam.

The development will have 750 apartments and a 40,000-square-foot indoor recreation center facility including a pool, gymnasium, and other recreation space. There will also be 100,000 square feet of commercial space with a professional office, co-workspace, coffee shops, organic markets, a parking garage, and significant infrastructure and utility upgrades.

This adaptive reuse of a building that has been vacant for fifteen years and underutilized for even longer will produce roughly $3.5 million in property taxes, paid directly to Groton.

“We are interested in making sure we can attract residents to our property or our town who are already coming here to work for either Electric Boat, Pfizer, or the navy base. Trying to get those who work here to live here will be a major benefit to Groton,” says Paige.

Another project is the repurposing of the former William Seely School on the opposite side of Groton from the Mystic Education Center, by the Gold Star Highway. Groton has partnered with the DonMar Development Corporation, which will build approximately 280, quite modern, amenity-rich apartments, with common areas including a rooftop deck, outdoor dog park, movie theater, gymnasium, and library.

The interiors of these units will include materials and finishes that appeal to this workforce. This significant undertaking is being fast-tracked and will serve the housing needs of the employees of many of the town’s employment anchors.

Groton has other properties that are very similar to the ones mentioned. Colonel Ledyard School, Pleasant Valley School, and 529 Gold Star Highway are being developed and involve many of the same developers.

American urban studies theorist and Professor Richard Florida wondered what draws people to live where they do and came up with a philosophy to explain it. “Place itself, I began to realize, was the key factor. So much so, that I coined a term—quality of place—to sum it up. I use the term in contrast with the more traditional concept of quality of life to cover the unique set of characteristics that define a place and make it attractive,” he wrote.

Groton’s food industry complements its quality of place and draws locals and tourists alike. The airport business park is home to an independent craft brewery called Beer’d Brewing which has expanded services with the addition of a production facility. Next door is artisanal cheese maker Mystic Cheese. Both locations have a testing room and retail services.

“Not only are they producing, but they are offering to retail customers right on site. Both organizations have told us that being in Groton, with the proximity to the highway system, has been a real advantage and one reason they chose to be here,” says Sam. Haley Brook Foods specializes in specialty fermented foods like soy sauce and miso and is in the process of getting space in that same business park.

Downtown Mystic’s collection of restaurants and bakeries also contributes to Groton’s quality of place. One of these is the Sift Bake Shop, run by Adam Young who received the Food Network’s ‘Best Baker in America’ award.

“Having him located in Mystic has been a real draw, contributing to culinary tourism that has been growing in our area,” says Sam.

Groton also uses more direct marketing efforts, and its website has been active for two years, promoting development and directing prospective businesses to the information they need if considering an investment in Groton.

“We had a very active digital newsletter that goes out every month, showcasing an element of a locally strong industry or spotlights a business. This has been a boost to readership numbers. For the newsletter and other content on our website, we’ve hired freelance writers to increase the readability of our content and highlight these businesses,” says Sam.

In the last six months, steps have been taken to use video for marketing. Several such videos have been produced for social media to highlight local businesses and community events. Groton also participates in retail-focused conferences like the International Council of Shopping Centers, an international organization.

“When we exhibit at their larger conferences, we get in front of brokers and retail companies who are looking to expand, and they know Groton is a great opportunity. When we are having conversations with brokers or developers, we can send them directly to the information they need,” says Sam.

This helps with the town’s face-to-face outreach efforts, marketing, and networking and sells the town’s story in a way that cannot be accomplished through other means. It allows Groton to demonstrate the full spectrum of what it has to offer, its people, businesses, amenities, quality of life, recreation, and more. 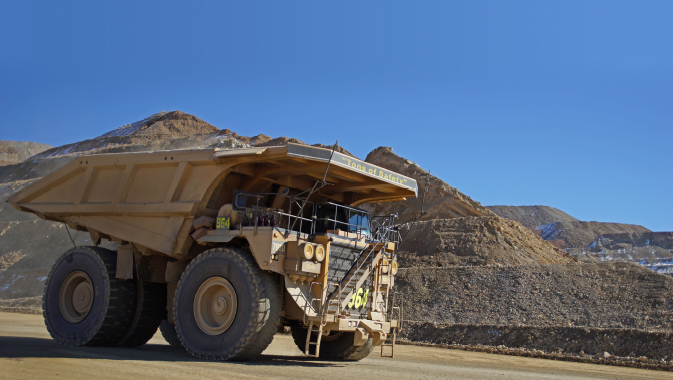