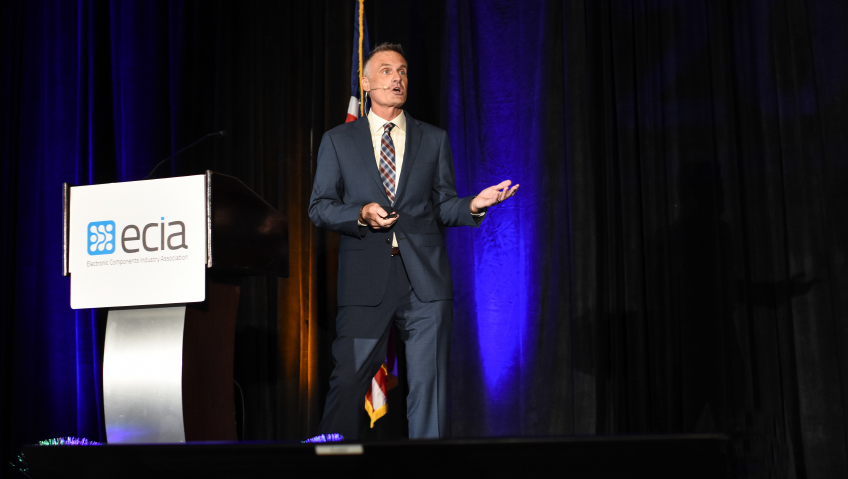 The Electronic Components Industry Association (ECIA) is a large organization with a strong membership that represents the entirety of the electronic components industry supply chain, including distributors, manufacturers and independent manufacturer representatives.

Just as its members are varied, so too is the expanse of products its members bring to market, not to mention their diverse applications in many sectors including medical, automotive, aerospace, defense, consumer products, and agriculture. Electronic components have a place in almost all facets of life.

Recognizing the reach and impact electronic components have – which is being driven by the exponential adoption of an ‘Internet of Things’ approach to countless industries and sectors –ECIA is doing its part to represent and educate its members, advocating for them by promoting fairness and equity to ensure sustainability, best practices, fair procurement, authentication and ultimately, viability.

The organization was established in 2011 when the National Electronic Distribution Association (NEDA) and Electronic Components Association (ECA) joined forces, uniting to provide resources and supports to its membership that has since grown to over three hundred member companies.

Once nationally and continentally focused, ECIA has expanded its influence globally, as the issues and market reach of its many members are global. Its membership focus has historically been the passive component industry and non-active semiconductors, but it has since diversified into the semiconductor space, drawing on the experience of its leadership to do so.

“One goal is to be able to try to promote membership to more semiconductor companies,” explained the organization’s new President and CEO David Loftus, who has extensive experience in engineering, sales and marketing in the semiconductor industry. He added, “We want to continue our efforts to make it a more globalized organization.” According to Loftus, “We have the desire to continue to drive a broader, more inclusive membership. We have really good representation across many sectors but at the same time, I think we are, from a historical perspective, a little more heavily weighted toward passive and electromechanical.”

ECIA works with its various councils and its board to identify and set priorities for action. Recently, the organization underwent a structural evolution to more effectively address the needs of its membership and create a more efficient and effective organization and industry. Previously, the organization was composed of a large board, and several councils and committees. Now, it consists of a streamlined board, and three councils representing its constituent membership groups: the distributor council, the manufacturer council and the independent manufacturer representative council, in addition to a global industry practices committee.

Each council works to address specific industry challenges and later come together at ECIA’s general meetings to unite the entire supply chain to collectively address the various issues that have been identified and prioritized.

“A lot of what we’re doing is trying to leverage the collective wisdom across the industry and be able to franchise best practices back out to the industry. This is an area where it seems having the collective voice of people who really understand how the channel works and being able to give guidance back to senior executives to be able to potentially adjust and improve their channel strategies is very fruitful,” noted Loftus.

Some of ECIA’s most important work takes place through its ECIAauthorized.com platform, which reinforces its anti-counterfeiting efforts in the market. “We continue to invest heavily in our inventory site, ECIAauthorized, which is the only inventory aggregation site in the electronic components world that is strictly authorized material,” explained outgoing President and CEO Bill Bradford, of the online catalogue with an impressive 75 million authorized products.

“We are looking at better ways to provide outreach and to leverage a more collective voice across the industry to be able to drive initiatives that are productive to our business,” noted Bradford – like anti-counterfeiting measures.

ECIA has explored the idea of utilizing block chain technology to support the supply chain. Many meetings have taken place with players like IBM, member companies and several ECIA staff to identify specific use cases for block chain and provide education to its membership on some of the existing platforms that exist.

ECIA has also put forth best practices for distributor branch training, which will enable manufacturers and representative from various brands and locations to be trained in a variety of ways that can yield more consistent outcomes. By offering specific product training at the branch level, more effective and efficient practices can be adopted to promote success along the entire supply chain.

“One initiative, driven by our Independent Manufacturer Representative Council, makes the process of sharing opportunities between representatives, distributors and manufacturers more efficient using a variety of CRM tools,” explained Bradford. “The middle man, which is often a rep, may have to enter a given opportunity or lead into different systems, so work is being done on tools to automate that process to be able to translate and transmit data with just a single entry point.”

Accompanying the structural and leadership changes that have taken place, ECIA has also improved its website, www.ECIAnow.org, to offer an online platform that brings greater value to its members through greater connectivity. The website serves as a vehicle by which resources and information can be shared with its members, including insights from ECIA’s Chief Analyst Dale Ford, who was hired last year to conduct and secure quality market research and data of benefit to its members.

At ECIA, data drives the decision-making process, including the decision to overhaul its structure. The evolution was a result of extensive member surveys and discussions with key members, which initiated a desire to provide greater value. “We wanted to find a way to make the organization more effective and efficient, but we also wanted to give our various constituent members a better forum to address their specific needs,” said Bradford.

Forecasting has been a very important issue for ECIA, especially over the last few years as the imposition of tariffs and the insecurity and confusion that accompany them have sent ripples through the supply chain. ECIA has worked tirelessly to inform its members and keep them abreast of the industry changes and how they impact them – impacts which include stockpiles of inventory and valuation issues that persisted long after the tariffs were introduced. “From our standpoint, the more information we can provide to our members through our different survey data, the better our members can forecast,” added Bradford.

“Last year was a challenging year as we were working through a lot of inventory issues and the tariffs and other things. Early this year we were beginning to see a real improvement or at least an easing of the decline. Things were starting to level out and it looked like the inventory situation was much more under control,” Bradford explained – but that was short-lived.

Despite what seemed to be a light at the end of a dark tunnel, ECIA members, like much of the global market, have fallen victim to the economic turmoil resulting from the novel coronavirus pandemic which shuttered the Chinese, and effectively the global, economy.

In the wake of the challenges emerging from the rapid onset and spread of COVID-19 around the world, ECIA “quickly tried to be a focal point for information about how the situation is impacting the supply chain, interruptions in the supply chain, inventories and order patterns, all of which are being disrupted,” explained Bradford.

While China has since gotten back online and is once again moving toward full production, there are hopes that the disruption to the supply chain will be minimal and temporary. The questions remain: will demand return to the same degree of strength and will there be an economic overhang that will result?

While uncertainty lingers, ECIA continues to offer educational and technical resources to its members via webinars, podcasts and its website. However, it recently was forced to cancel the 2020 EDS Leadership Summit, slated to take place in Las Vegas in May, due to safety concerns related to COVID-19.

“We continue to support, encourage and develop the sciences and technology among students and some of our members who are early in their careers,” said Bradford, which helps members overcome the market ebbs and flows that are characteristic of the electronic components industry.

ECIA supports STEM educational programs like FIRST® Robotics, a high school robotics competition, Spark, an educational program offered concurrently with the EDS Summit that provides career fast-tracking opportunities for the next generation of industry professionals, and the ECIA Foundation, which provides training for smaller companies that require resources and support to grow.

Recognizing that the market is always cyclical, there is a sense of optimism for the long-term, as there is the expectation that the market will once again return to strength after years of turmoil resulting from tariffs and the implications of COVID-19, especially with the support of organizations like ECIA, which works to ensure its members can weather these storms.

Willing to adapt to the market and the conditions therein to drive value for its members, ECIA has been an exemplary leader. Members can expect to have the information, resources and support necessary to overcome challenges and be poised to take advantage of opportunities that arise to promote a viable and optimally functioning market and membership long into the future. 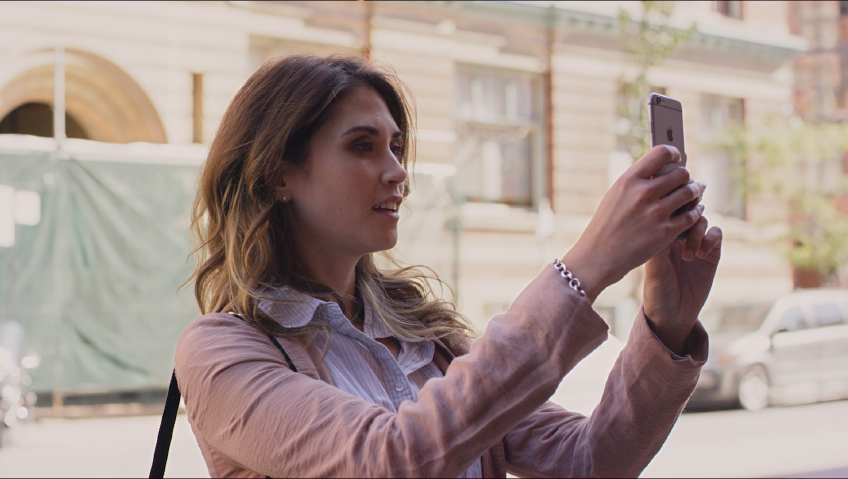