It’s All In The Attitude

Food Security in the Face of Climate Change 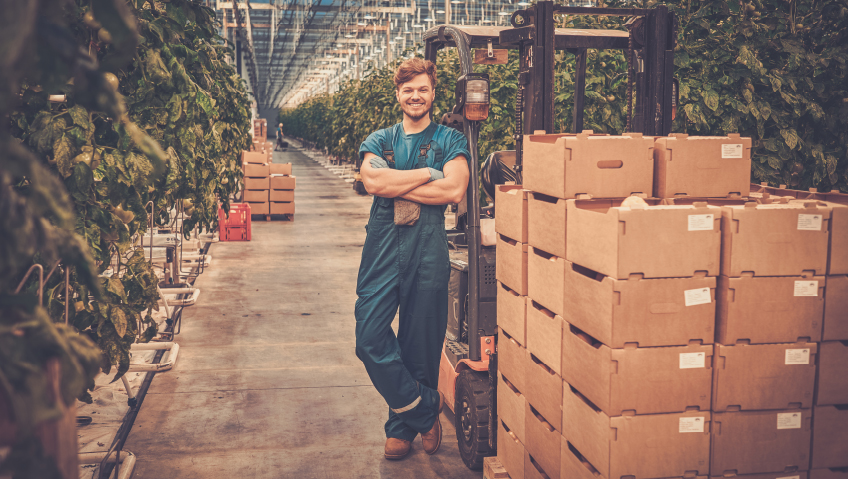 There is no denying that climate change is happening. Advocates for change, such as Greta Thunberg and celebrities like Leonardo DiCaprio, help bring awareness and a sense of urgency to the issues that surround climate change, but of course, that is all talk. In reality, what exactly is and can be done to ensure continued food security in the face of a changing climate?

The fact is that the population of the world continues to grow, and statistics show that it could hit ten billion in the next thirty years. And with so many more people to feed, it is said that “global demand for food could increase by between 59 and 98 percent,” said Renee Cho in a State of the Planet blog post for the Earth Institute of Columbia University. “This means that agriculture around the world needs to step up production and increase yields.”

This might be easier said than done, given that scientists predict the potential impacts of climate change to include extreme weather, higher temperatures, sea-level rise, drought, and increasing levels of carbon dioxide, all of which could decrease or endanger both quantity and quality of our food supplies.

With all the doomsday news with regards to climate change and its potential risk to food security, it can be easy to lose sight of all the positive steps being taken by communities all around the world.

But around the globe, scientists and experts are working to find solutions to these challenges. And there are steps, big and small, old and new, that can be taken to potentially improve the situation, starting with making a change in attitude.

When it comes to battling climate change, Todd Stern wrote in Yale School of Forestry & Environmental Studies’ online environmental magazine Yale Environment 360 that “the key ingredients that are in short supply are the human factors: political will and the rapidly evolving norms and attitudes about climate change that can generate that will.”

Some might look at the enormous challenges agriculture faces with climate change and think to themselves that simply changing what people think is not enough, but there is no doubt that “changing norms and attitudes can move mountains,” he adds.

One step in the right direction is urban farming. Such farms, which are becoming very popular, can be indoor, backyard, rooftop, or community gardens nestled in urban areas, sometimes even between busy streets and large buildings.

These farms are beneficial in a multitude of ways, but a study led by Arizona State University and Google found that urban farms could potentially supply urban residents with nearly their recommended amount of vegetables.

Canadian environmental activist, broadcaster, and retired genetics professor Dr. David Suzuki wrote in EcoWatch environmental news magazine that, in addition to food, there are many other advantages to urban agriculture, including nutrient-rich food scrap recycling. As an example, Dr. Suzuki spoke of a project in which twelve vacant houses in Detroit were torn down to grow food on the land. The effort managed to yield “nearly 200,000 kilograms of produce for 2,000 local families, provided volunteer experience to 8,000 residents and brought the area new investment and increased safety,” he wrote.

This kind of movement would simultaneously decrease food waste and lower emissions as the need for food transport would be lessened.

‘Food miles’ matter. The longer distance food travels from farm to table, the bigger its carbon footprint and the greater the risk that weather or disease outbreaks might affect its availability to consumers. Farm news publication Farm and Dairy noted that: “The average pound of tomatoes sold in the U.S. supermarket, travels 1,569 food miles and emits .21 kg CO2. The average tomato at the farmers market travels less than 60 miles from farm to table and emits .13 kg of CO2.”

While this applies to produce, sustainability-focused non-profit organization The David Suzuki Foundation says that when it comes to meat, food miles are a much smaller consideration. Roughly eighty-three percent of the carbon footprint of meat is due to how the livestock is grown, whereas the distance travelled contributes to about eleven percent.

It referred to a study that compared New Zealand lamb, shipped eighteen thousand kilometres to the UK with locally raised lamb. Despite the vast shipping distance, the New Zealand product produced less than twenty-five percent of the greenhouse gases as the same British product. The difference was in the feed. British lamb was raised on energy-intensive grains, while the New Zealand lamb was grass-fed.

This is why it is important to choose, whenever possible, foods that are grown or raised less wastefully.

There was a time when ‘meatless Mondays’ were promoted as a way to eat healthier; now, going meatless also promotes a healthier planet. Journalist Oliver Milman wrote in 2018 in the British newspaper The Guardian that a massive reduction in meat-eating is needed to mitigate climate change, “with beef consumption in western countries needing to drop by 90 percent,” and “consumption of pork, milk and eggs also needing to decline sharply.”

Various methods may be applied to achieve this. Changing a cow’s diet can result in lower methane levels in its belching while adopting a vegetarian diet or implementing a tax on red meat will lessen the demand for meat. Lab-grown meats are yet another option and are starting to become viable.

Another step in the right direction is the use of modern technology. Take, for instance, the technology that farmers in Turkey are using to determine which crops to plant and when. After struggling with climate change, Turkey’s farmers have turned to modern technology with a government project launched in 2010 that has made it possible for farmers to use satellite systems to access data that enables them to plan for or adjust their agricultural plans around unpredictable weather.

The way it works is that three thousand tablet-owning farmers get “real-time agricultural data through a free intranet provided by the government,” wrote Manipadma Jena for Reuters news in 2015. This gives them information on a number of elements from “soil quality to atmospheric temperature, and from wind speed to warning signs of oncoming natural disasters.” The information is then shared with others in their community to help everyone make better decisions when it comes to “what crop is best to plant, when to plant it, and how to get the highest yield.”

It is necessary to recognize the importance of smallholder farms when it comes to climate change. According to an article at the not-for-profit World Economic Forum, a self-described “international organization for public-private cooperation,” a vital part of upholding food security is in protecting smallholder farms. The article explains how giving these farms access to knowledge and training, finance, and higher regular incomes that will allow them to have funds for reinvestment could go a long way in helping them succeed. “Building resilience among smallholder farmers is not just about protecting – and growing – their incomes. It’s also about maintaining global food security in the face of an increasingly unpredictable environment,” added the article.

It is also important to be proactive. Tom Klotzbach, writing for global development community platform Devex, offers some food for thought in his article titled 5 ways to tackle climate change and advance food security. “No one wants to live a life filled with regrets, so why not take the same approach to agricultural development when it comes to climate change adaptation and mitigation?”

He explains how a ‘no regrets’ approach when working with smallholders will promote “adaptation and mitigation measures that have positive returns on productivity, profitability, environment, biodiversity, risk reduction, and future adaptability.” This is not a new concept, but he believes that “now is the time to actively pursue it, or we will have much bigger regrets later down the line.”

Of course, a no regrets attitude can be beneficial in many other areas when it comes to food security and climate change. And in keeping with a proactive approach, many countries – Canada, for example – continue to conduct studies to come up with ways to address the potential effects of climate change and invest in the cause.

Attitude is everything. From all levels of government to farmers, it is key to have an educated, proactive, creative approach with a willingness to adjust how we grow our food and choose what foods we eat.

And for all those who feel that one person, farm, community, or government‘s solo and perhaps seemingly small efforts to change are not going to make a significant or noteworthy difference on a global scale, it is time to change that tune. Every step in the right direction – big or small – counts, and the more people who get on board, the bigger that difference will be. There is hope. 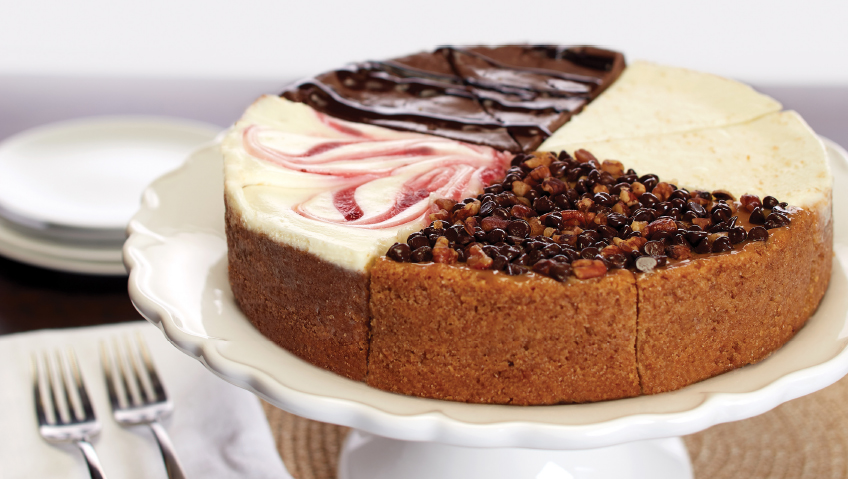 A Longtime Tradition of Premium Desserts

It’s All In The Attitude