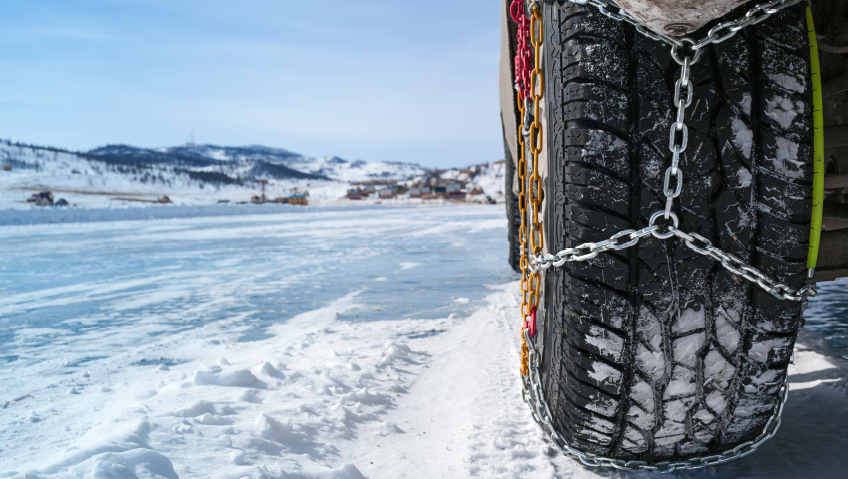 Grimshaw Trucking has a proud history of providing reliable transportation to the far north of Western Canada, helping bring prosperity to Alberta and all of Canada. With the current difficult challenges facing the northern transport sector, Grimshaw grit and reliability are being called on again to economically transport consumable goods to help keep the region moving.

Grimshaw Trucking is a freight transportation company that started in 1948 when brothers Frank and Albert Hamilton began operating gravel trucks out of Grimshaw, Alberta (300 miles north of Edmonton).

The business expanded its list of services in the 1950s and 1960s to areas in Alberta such as Grande Prairie and Calgary. From there, it evolved into a freight haul to the barge port of Hay River, Northwest Territories, and eventually opened up a route to Yellowknife. Grimshaw Trucking took the very first loads across the Ice Road into Yellowknife from the south. Decades ago both of these locations were well off the beaten track and considered remote for the transportation industry. A big milestone came in the winter of 1967 when Grimshaw played an instrumental role in building a road into Waterways, Alberta, now known as Fort McMurray. The importance of opening up this corner of Alberta as well as the economic benefits it has provided not only for Alberta, but for the rest of Canada, cannot be overstated.

Today, the core business of Grimshaw is as a regional LTL (less-than-load) carrier primarily serving Alberta, Northwest Territories, and northeastern British Columbia. In 1995, the company was purchased by Mullen Group Ltd, a major supplier of trucking and logistics services in Canada, from Northern Transportation Co. Ltd.

Working winter
Since early days, Grimshaw’s work heritage has involved doing winter jobs for northern communities, such as hauling into Fort Chipewyan and other locations in Saskatchewan and Fort McMurray. Director of Equipment and Health and Safety Executive Tom Hanna also recalls a project re-servicing a gold mine around 300 miles north of Yellowknife, which was “basically all ice,” the extreme sort of job that the company has grown up with.

This type of work is “something we’ve always done,” Hanna says, and it dovetails with the company’s annual slowdown of Q1 business, normally a bit off after the holidays.

Ice-road trucking and related work in the early winter months of the year helps the company keep busy in a normally slow period. This work showcases the tough-conditions expertise that has built the company’s reputation of “being able to meet or exceed our customers’ expectations for over 70 years.”

In safe hands
Grimshaw uses the newest technology to streamline its processes and focuses its efforts on safety first and then continuous improvement of productivity. The emphasis is on providing the right tools to its people, ensuring their training is top-notch, and making safety culture a way of life.

“We endorse a disciplined approach to safety and performance,” Hanna says, “and we won’t compromise the health and safety of our people.” This approach has paid off for the company, even in material terms. Grimshaw’s WCB (Workers Compensation Board) premiums are at the maximum discount allowed by the board as a direct result of the company’s safety-program success.

Grimshaw also boasts a carrier profile-rating of excellent, while most other businesses in the field manage only the average rating of satisfactory. The company’s carrier profile is measured on a monthly basis and is generally found to be 20 percent better than the Alberta industry average.

Smartway move
The company has also, for quite some time, conformed to the standards of the EPA Smartway program, a measure introduced by the Environmental Protection Agency to improve freight-transportation efficiency and supply-chain sustainability.

Actually, Grimshaw conformed to the program’s standards for some time prior to joining it for the purposes of proper implementation after gathering valuable information on what worked in the industry, such as information on aerodynamic devices, tires, and the savings involved with related processes.

It became evident that there was value in joining because of the importance of benchmarking the company’s numbers with industry groups doing similar work, so the company made it official in 2016. This was a big step into the greater trucking and logistics community, and also made great financial sense, with new access to various ways to control costs.

Recycle and reuse
Today, as more companies across many industries become aware of their environmental footprint, Grimshaw is proud to have been environmentally conscious since the very beginning. Hanna says that “we recycle and reuse just about everything we use.”

The company’s green practices include regularly selling its oil to a refiner to get reusable motor oil, recycling tires, and choosing the most fuel-efficient equipment possible. These initiatives do come with advantages but also a cost. These initiatives will unfortunately reduce the planned life expectancy of its highway trucks in order to transition to newer equipment offering better fuel mileage and fewer emissions. Hanna calls this move “a no-brainer.”

He explains that the focus of the company on recycling and increasing fuel mileage to reduce its environmental footprint is intense, and extremely effective. The EPA’s Smartway has recently given Grimshaw an honourable mention for its successful control and reduction of CO2 emissions.

And although the concept of reducing a truck’s lifespan may be a little harder to get one’s head around, Hanna notes with enthusiasm that staying current with the latest in environment-saving technology and its solutions is paying off.

As to the long and healthy relationships that Grimshaw has with suppliers like Edmonton Kenworth and Manac Trailers, Hanna is firm on the fact that communication is key. In their dealings with Grimshaw, these suppliers are very helpful and open-minded in the trucks they design – eager not just to sell a truck but to produce trucks that are perfectly suited to the application. No cookie-cutter approach to providing equipment here – just getting it right for far-north conditions.

Weathering storms
Tom Hanna referenced that the transportation industry is struggling with reduced volumes as well as rate pressure from customers who are also struggling with the current economic climate. Put bluntly, there is an economic downturn in the industry, especially in the west.

It’s an unfortunate scenario where some carriers, not as firmly founded or tautly efficient as Grimshaw are going insolvent or simply closing operations. Businesses that are unable to adapt to increased operating expenses and changing circumstances are facing very difficult decisions. Insurance premiums are also increasing, especially if a carrier has a poor loss record or ineffective safety program.

Hanna notes that there has also been a decline in the oil industry in western Canada, and although Grimshaw is not a primary oil-services carrier, it does regularly provide transportation services to industries that rely on the oil patch. As these companies experience difficulties and move to the USA or close down Grimshaw works diligently to replace lost volumes.

Fortunately, as Grimshaw is primarily a regional LTL business, the economic downturn has not affected it as much as it has other transportation companies more reliant on new capital investment in energy projects. Hanna also reveals that the company has just recently secured a five-year Ice Road contract in the Arctic with an option for another two, a real feather in its cap.

Still doing what it does best
Aside from the economy, the company has challenges with recruiting the right people to its workforce, just as all carriers do. With so many industry personnel approaching retirement, Grimshaw – and trucking in general – must compete across the board for employees. Trucking is seen to be not as glamorous a profession as some in today’s job market, so Grimshaw has been working extra hard to recruit good people and maintain its momentum.

At the present time the company’s immediate goals are focused on the essentials – on making sure there is an efficient workforce; on utilizing technology to improve efficiencies (reducing miles and waste); and, of course, on maintaining safety and minimizing its environmental footprint.

There is a degree of grit underlying the passion for the industry that comes with being such a long-lived regional transport service in a tough climate and geography. Grimshaw will channel its way through the demanding times, as it always has. You can expect the company’s rigorous approach to truly serving its customers, and its approach of stewardship toward the environment, to lead the way. 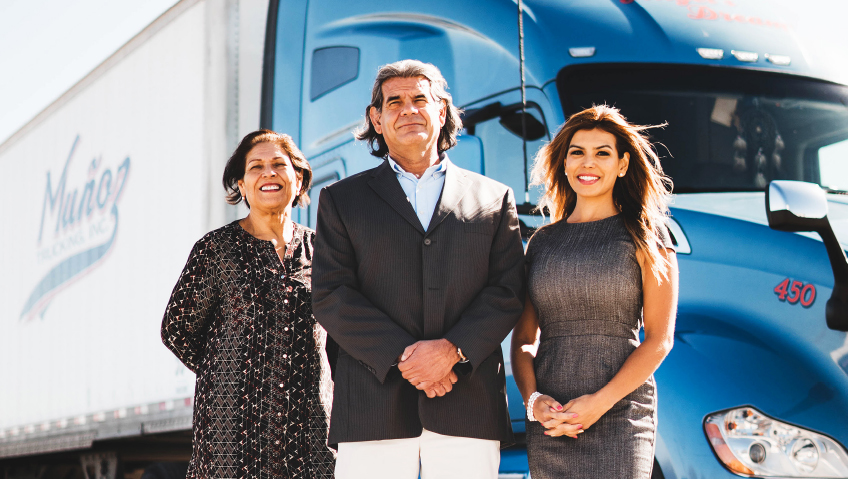