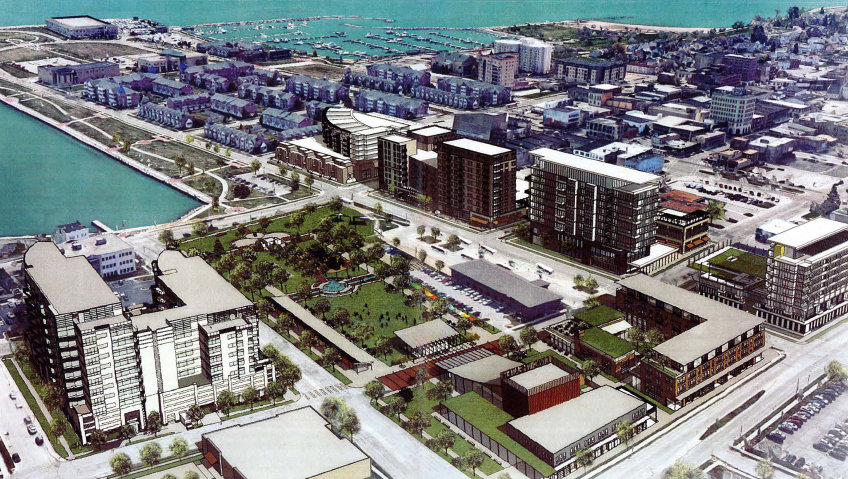 Between Chicago and Milwaukee is a unique community bursting with potential. In Kenosha, Wisconsin, collaboration and innovation are the core focus of its leadership, bringing growth and prosperity to the people and industries who call it home.

With the shores of Lake Michigan as its backdrop, the City of Kenosha is doing everything it can to maximize the advantages of its location, its natural endowments, its closeness to larger metropolitan areas, and the countless amenities and resources that make it a safe, vibrant and forward-thinking community of about 100,000 people.

“When you see it, you fall in love with it,” says Mayor John Antaramian whose love for the city runs deep. With two mayoral tenures under his belt and experience at the state legislative level, he’s once again seeking reelection and it’s clear he feels that he still has much to do for the city he loves.

Concerted effort
Mayor Antaramian shared some insight into his strategic vision for Kenosha and how these goals can be achieved using a concerted effort to unite education, the public sector, and the private sector alike to collaborate in the interest of growth and advancement. All three factors are essential – and that’s exactly what’s happening in Kenosha, the Mayor said.

Mayor Antaramian, who has been working closely with surrounding communities, says, “We work well with our neighbors. I believe that is imperative. We have good relationships with them – and that doesn’t always mean we agree – but we do reach out to communities around us.”

For Mayor Antaramian “your community is only as good as the communities around you, so from our perspective, it’s important for Racine and Waukegan to do well,” which is why Kenosha has taken a regional approach to development.

Land and the interstate
Kenosha has plans in place to expand along the I-94 corridor to make way for a stronger manufacturing presence in the community, an advance that has been made possible through cooperative agreements with adjacent communities.

Land with interstate access is invaluable from an attraction and growth perspective, specifically for manufacturing and industry, and will serve the city well in its effort to have companies relocate and grow there. This is the value of collaboration in action in the interest of sustainable development.

Collaborative efforts have long been an important driver in Kenosha’s growth and development, especially in those times when it went through a difficult economic period. When Chrysler – once the City’s largest employer – exited the community, it left jobs, the economy, and the community hanging in the balance and required a collective response.

Mayor Antaramian credited Kenosha citizens and businesses for rising to the challenge and re-inventing the local economy.

“We’ve taken a lot of risks in Kenosha to get where we’re at, but none of that would have happened if the community wasn’t willing to take the risk,” says the Mayor. “Someone made the comment, ‘The last person to leave, turn the lights off in Kenosha!’ and that became a rallying cry for the people who live here,” he shares.

“This is a very proud community and it does not take kindly to people saying it’s done. The public, along with the private sector, made it happen. The change in Kenosha occurred partly because the community said we’re not going down without a fight.”

That collective battle came in the form of extensive public consultation and a $24-million plan to clean up the Chrysler lakefront property and make way for what is now Harbor Park – a housing development and museum campus – as well as future growth plans that proved that Kenosha wasn’t finished just yet.

A strong and diverse economy
Growth is materializing in many ways in Kenosha. Mayor Antaramian noted that in 1992, Kenosha only had one small industrial park and since that time, two more have been added. Both are now full – home to many small and medium sized companies, as well as corporate headquarters – which has diversified the economic composition of the city.

The Mayor specifically acknowledges Snap-on, Inc. and Jockey International, both of which have based their corporate headquarters in Kenosha for over a century. “We’re very pleased those two corporations have been here and helped create Kenosha and continue to improve Kenosha,” he says.

The Mayor referred to Snap-on as “one of the strongest companies and a very important part of the city of Kenosha,” as it was a major ally in the city’s recovery.

Likewise, of Jockey he notes that it has “been here when we needed help. When we ask, they’ve been willing to work with us,” in terms of both jobs and stability, strengthening the foundation upon which future growth can take place.

Mayor Antaramian also credits ULINE, a newcomer to the community, for its investment in the community and its collaborative spirit. He says of the blossoming relationship, “They are new to the community but so far have been very willing partners.” These are the kinds of companies and the caliber of relationships the city has been able to cultivate because of its approach to development.

Open for innovation
Economic growth requires complementary investment in both the community and in the City of Kenosha. That comes in the form of a commitment to innovation and to education, which will support all the industries and sectors that call the community home.

“As opportunities have come along the interstate with new developments, we have some ability to do some different things and that’s why we’re focused on the Innovation Center: that’s tied to Research and Development. Those types of things all work together so you can change the mix in your community and that’s what we’re doing,” says the Mayor of the Innovation Center – a significant new project.

One hundred acres of land at the former Chrysler site in the central part of the city have been designated for the city’s planned Innovation Center, which will support entrepreneurship and business start-ups, and will serve as a vehicle in which private and public partners can come together in the interest of community and economic development. Site cleanup has been underway for several years, and it is almost ready for development.

“Those types of things all work together so you change the mix in your community, and that’s what we’re doing; we continue to change our mix. We keep on moving to different types of employment to keep young people here,” says Mayor Antaramian of a process which is of great importance to him.

“We educate a lot of kids. We have wonderful educational institutions: Carthage College, the University of Wisconsin-Parkside, Gateway Technical College and Herzing University,” the Mayor says. “How do we change that mix? How do we find employment that’s going to keep them here? What do we do to make ourselves more of a community that people want to live in and stay?”

Mayor Antaramian hopes that the Innovation Center will not just support entrepreneurship but also create an educational and career process that will graduate students with relevant technical skill sets and viable career prospects in Kenosha and keep them in the community.

A place for youth
To help the region remain attractive to young people, quality of life has been another area of focus in Kenosha. The city already offers much in the form of recreational and cultural opportunities, including exceptional museums, a thriving arts community and miles of beaches and lakefront parks. However, the work of improvement is never truly done, especially if the future is to remain bright.

There is a mixed-use vision plan for the city’s downtown that will include housing, a performing arts center, a hotel, a new City Hall and other retail offerings. The $500 million project will complement recent redevelopment along the lakefront that will enhance assets like its enviable natural setting, while addressing the housing and social needs of its community.

These kinds of development will further support existing quality-of-life features like the weekly farmers market that draws over 10,000 people each Saturday in the summer months, the tall ships that set sail and visit the community, the music festivals and the Pike River Rendezvous, the outdoor adventures waiting to be had, and the friendly hellos exchanged on the street.

“Those quality-of-life elements become, in my opinion, one of the most important aspects of drawing industry in and keeping young people here, because the young people are the ones you need to keep,” said Mayor Antaramian, showcasing the progressive nature of Kenosha’s leadership.

Collaboration and courage
Kenosha is so much more than just a thriving economic center and a vibrant community whose collaborative nature shines bright. It is a community with potential that sees value in change and evolving with the market to remain prosperous and viable.

This flexibility, together with the forward-thinking leadership and collaborative nature of its development, as well as the courage and spirit of its community, is a large part of why Kenosha will continue to be a bright beacon and a model of development for communities of similar size.

It’s not the size of the dog in the fight, it’s the size of the fight in the dog, and in those terms Kenosha has worked and persevered to become what it is today: a story of economic success starring a resilient community that has a lot to be proud of achieving. 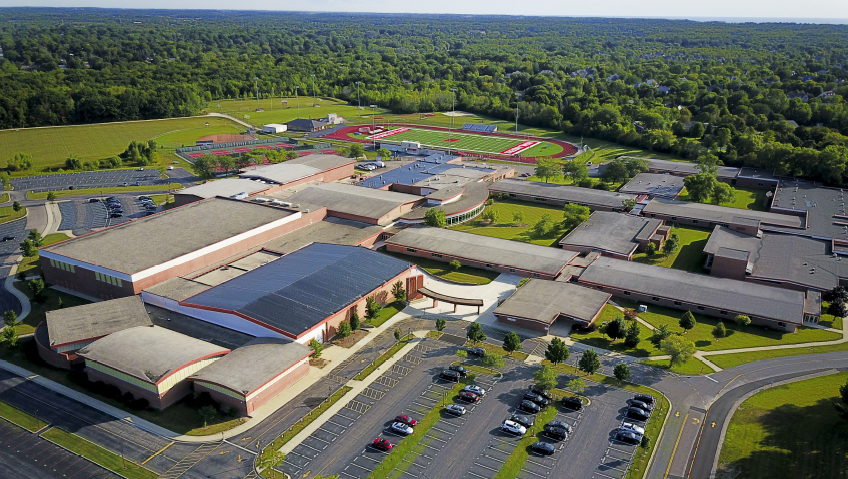