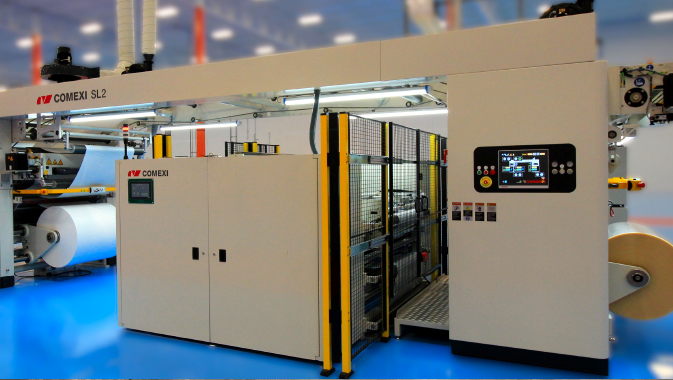 You are at the supermarket and running through your grocery list at the produce section. Oranges, you need oranges! You roll up with your shopping cart to look at the pile of them in front of you.

Sure, you can sift through all the citrus to get the eight you need, but time is not your friend. Right beside that bin of loose oranges, there’s one with the mesh bags ready to go. You grab one and head on to get the next item on your list. And that is exactly where the Daumar Corporation comes into your life.

Since 1953, Daumar has been in the business of manufacturing packaging machines and producing packaging for supermarkets and consumers alike. And, in a business that is constantly racing against the clock to deliver optimal food quality, staying ahead of the competition is no small feat.

Originally a family business headquartered in Spain, the company has expanded to a group of companies in Europe and Daumar Corporation in the United States, which opened in 1993. Dennert has been with the manufacturer since it was established in the U.S. and proudly oversaw the development of its new facility located in Huntersville, North Carolina. The building is 11,000 square meters, which includes a consumables factory and a distribution warehouse along with the company’s head office.

Clearly, the future is looking bright and prosperous for the Daumar team and its customers, Dennert says. “We built a fantastic, big place which has room for expansion and growth, and it’s our first factory in the United States. Our customers, when they come and visit, have their minds blown at how big it is and how beautiful is the artwork that we do.”

One of the very first machines that Daumar developed was an automatic clipping machine for corrugated boxes which could be used to move produce from the growers to the grocery stores. The big change came when the company developed a machine that would produce the clipped net bag. Picture the bag that your bunch of onions at the supermarket usually comes in. It’s a plastic netting with metal clips that hold it together at the top and bottom. The metal clip at the bottom also has a label attached to it for identification.

After this, the company reinvented itself to focus and expand on the mesh bags for consumer packaging that we pick up throughout the produce section of our local supermarkets. Being the first company to offer this was a distinct advantage and Daumar began to build different machines to produce bags for specific customers. In fact, the team has built hundreds of different types of machines over the years. “Producing these bags has kept Daumar growing and growing, and our customers very happy,” Dennert says.

It might be easy to say, ‘well that’s nice, they make plastic mesh bags for my avocados.’ But stop for a second to think about the good things that come from this invention. These bags are very effective at improving the efficiency of the food supply chain because the produce is ready to move in convenient packaging that can quickly be put on produce shelves in a store. Time is the main issue when you are dealing with fresh food, and this speeds up the process of getting it into the hands of consumers. And, speaking of consumers, it adds a level of convenience for people to be able to walk down an aisle and pick up the quantity of produce they need instead of having to constantly sort through fruit and vegetables.

There’s also one other advantage that you may not think about – these bags protect food so that it’s safe for consumption. “What makes it important is that these are what we call sealed bags,” Dennert explains. “You cannot open the bag without destroying it. So if you go to the supermarket and the bag says three pounds, it’s got three pounds in it. Nobody’s opened it and tampered with it. If someone has tampered with it, you will know because the bag is broken.”

While these bags are very good at taking care of the fruit and vegetables, producers wanted to find more ways to make their products stand out in the food aisles, seeking solutions that could incorporate a display for advertising purposes. To accommodate, Daumar developed the “D-Pack.” (The D stands for Daumar.) This particular package features a large band in the middle that holds it together, which is also used for marketing images and messaging. The D-Pack can be configured in different ways, including handles for making it easier to carry – all produced through the same machine.

“This was the first of its kind on the market that provided a lot of display opportunity for producers,” Dennert says. “You can print all kinds of information on it and it has a nice carry handle on top. It is still our number one selling package.”

Daumar has also built on the success of the D-Pack to develop an environmentally friendly product for the industry called the E-Pack. Based on the D-Pack, this package offers advertising space for producers but uses less plastic in a uniform material, which makes it completely recyclable.

“This bag uses half the plastic that you have in the clip net bag, and because there are no metal clips or paper labels like other bags, there are no foreign materials. The bag itself is made from polyethylene which is 100 percent recyclable.”

When talking about the future of the industry, Dennert sees continued demand from consumers driving producers to develop products that are more sustainable for the environment. The E-Pack goes a long way toward improving the recyclability of the bags, and Dennert sees consumers potentially wanting even more.

Beyond using traditional materials for these bags, it is possible for Daumar to manufacture bags that are compostable, which would be a step beyond what is currently available on the market. “We’re ready to go with what the customers and supermarkets want. We’re innovators that keep coming up with new concepts like the E-Pack. When the market is ready for something new, we’re ready to run with them.” 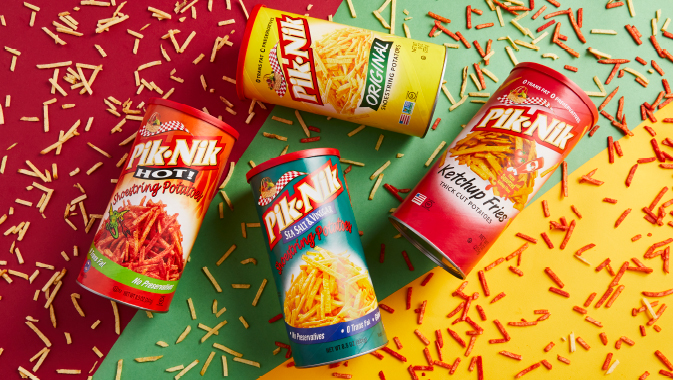