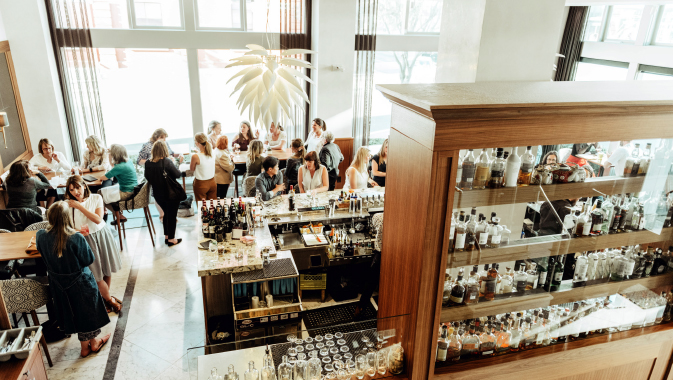 Mairet Hotels, based in British Colombia’s provincial capital of Victoria on Vancouver Island, provides bespoke Canadian hospitality management to hotel properties in British Columbia and Alberta and is now positioned to share its expertise with the wider hospitality community.

“We use the term ‘Bespoke’ in reference to our company as our business model and our approach sees every property and ownership structure as unique,” says Principal Francis Mairet. “We therefore are able to particularly address and manage the specific needs of the property, rather than using a more generic approach. This saves time, money, guest impact and ownership turmoil,” he explains.

“We are definitely not the usual as there are other hotel management models out there, but they are very different from ours. Other companies have a specific business model that they insert as a block inside the property and impose this model to the ownership. Our model is very much customized to the needs of the property and to the needs of the owners.”

The owners, he explained, could range from an independent property owner wishing to transition to a branded hotel to a developer seeking a pre-construction ground-up strategy with ongoing management oversight. No matter the situation, Mairet Hotels’ approach begins by asking questions about how they can help, such as increasing asset value, management and owner support, brand expertise, restructuring and hiring and guest satisfaction. It is only after the questions are answered that a plan is formed and action taken.

Hotel management strategies, he says, are based on what owners want and what will move guests to a level of satisfaction that is sustainable and profitable. Although every owner and property is unique, all want maximum profitability, all want to minimize risk to the investment, and all want consistent performance. Guests generally want value and little to no inconsistencies or unpleasant or inconvenient surprises during their travel experience. But as Mairet recognizes, each situation may call for one-of-a-kind solutions to satisfy those general concerns.

Mairet formed the company in 2013 and brings over forty years of hands-on experience in hospitality management, supported by formal training and education. “I’m sixty years old now,” he says, “and I’m having the best time of my life.”

He began his career as a twelve-year-old, washing dishes at a Paris restaurant. “My family was struggling, and I was helping as much as I could. The owner of a restaurant always has cash in his pocket, so I figured [getting into the industry] was a good bet.”

With that in mind, he enrolled to study at the hotel business school of Paris and simultaneously entered into a three-year culinary apprenticeship program at the Ritz of Paris. But the hospitality field in Europe was crowded, and to expand his horizons, he moved to Canada to work at the Four Seasons in Montreal. “But I soon got the bug for managing, and I moved up the ladder through education and promotions.”

He studied business administration at Mount Saint Vincent University, Halifax; marketing management at the British Columbia Institute of Technology, and earned an master of business administration at Royal Roads University in Victoria, British Columbia. He has also explored teaching by being an instructor at Royal Roads University, specifically in the hospitality entrepreneurship program.

Meanwhile, he spent years testing and applying the theories he had learned, first as assistant General Manager and Director of Sales for Shangri-La Hotels and Resorts followed by starting and operating his own distribution marketing management company.

Back in 2003, he and his wife, a paediatrician, had a baby girl and have since had a son. “I said there is no way I’m going to miss seeing my children grow up, so I applied to manage the new 236 room Marriott Hotel that was opening in Victoria. There were sixty-two applicants, and they picked me because of my background in sales and marketing. I met with the owners, and I asked them, ‘What is your goal for this hotel?’ And they said we want you to manage the best hotel in our company.”

He met with the management team, who did not know him, and offered them the opportunity to be part of his vision. “We should not limit ourselves, as we can be the best hotel is the Marriott System,” he told them. Some laughed at the notion of this “BHAG” (Big, Hairy, Audacious, Goal), of an assignment. Making the small hotel at the end of the Trans-Canada Highway, in a city not really well known internationally, the best in the entire Marriott system – which includes over five hundred hotels in North America alone – seemed out of reach for most.

But the team went to work and in 2008, the Victoria Marriott received the ‘Hotel of the Year’ award for all full service Marriott properties. In 2009 it received ‘Operation of the Year,’ and was named ‘Number 1 in Guest Satisfaction’ subsequently. After that, Mairet was put in charge of a few other properties “but I was not really challenged and I had great people working with me. I started looking for ways to reinvent myself professionally and to be able to do what would bring me that kind of rush that comes from success. When I finished my MBA in 2012, I said, ‘now I can start this new chapter of my professional life.’”

What he wanted to do was start a small, independent hotel management company that would offer customized approaches to help owners prosper and guarantee guest satisfaction. The premise is based on what he calls ‘scope-driven management.’

“Typically,” he says, “a management company operates with a set mode of operation that is similar for all properties, a solid business model they rely on to operate. They take the entire assignment, wedge themselves between the property and the ownership and insert their business model, and that is it. There is nothing fundamentally wrong with this approach, but I had observed it to be disturbing and disruptive to both the property and the ownership company. Furthermore, it is costly. It is like a surgeon opening the chest of a patient to remove the blockage of an artery. So, we defined the process and decided to run a different kind of company. By this, I mean that we would mould ourselves to the existing business model by defining a set of goals and act to correct, modify, improve, or completely change what we know needs to be acted upon immediately. We define the scope rather than push our way in and hope for the best,” says Mairet.

“Defining a precise scope for our presence helps everyone involved – from owners to line personnel – to focus on a goal or a set of goals that is further refined with time frames. We will refine and redefine goals as we progress and see more opportunities, but first we have to focus on certain Key Performance Indicators such as guest satisfaction scores, delivery processes, service standards, or financial results.”

Moreover, flexibility is important, he says. “Based on our initial understanding of the owner’s goals, we draft and support a unique plan that we deliver against. If cash flow is the most important aspect of the goals, we focus on that aspect. If legacy and property valuation are at the forefront of the priorities, we tailor our efforts toward this orientation. Some owners want a budget hotel, so there has to be a plan that allows the property to function and succeed in that segment but still perform well for guests in a sustainable fashion. Some owners want a boutique hotel because they are interested in providing more of a lifestyle experience to their guests so we deploy the tactical initiatives relevant to satisfy this demand in order to meet these different standards,” he explains.

“Beginning the company was a big leap of faith,” he says, recalling that he explained to his wife the financial risks involved. However, she encouraged him to realize his dream, knowing there would likely not be any income for some time.

His first step was to bring together a dynamic young team, all people who had worked with him previously: Vice President of Operations Jayme Smoley, Chief Financial Officer Rajiv Dwarika, and Vice President of Sales and Marketing Kirsten Kost.

Together, they moved forward on Mairet Hotels’ first and extremely ambitious project, which required $22 million to cover the costs of converting the branding of the independent Executive House Hotel, which had opened in Victoria in 1965, to a DoubleTree by Hilton.

Following the signing of the franchise agreement Mairet worked on, the hotel was closed for eighteen months so that it could be gutted and renovated to meet DoubleTree by Hilton standards. Mairet’s team hired and worked closely with all parties involved, from the architects and designers to the construction project manager and the associated trades. The hotel re-opened in August, 2015, and Mairet says its revenue per available room has exceeded expectations ever since, in a success for both owners and management.

Since then, Mairet Hotels has taken over management of four more hotels. In Victoria there is the Hotel Rialto, for which Mairet Hotels manages all day-to-day operations and the Cityzen Residences. In nearby Langford, the company has taken over the management of Solo Suites, a six-storey condominium hotel, and in Edmonton, there is the 255 room DoubleTree by Hilton which Mairet Hotels successfully converted from a Hyatt Place in 2019 and for which it now manages all day-to-day operations.

A unique program for guests of DoubleTree by Hilton Victoria is My Stay, My Car™. This car share service allows them to explore popular tourist attractions just outside the city, including Butchart Gardens and Willow Beach, in energy-efficient vehicles. Mairet says when he first thought of the program, he was hoping to use only electric cars, however, realized this was not practical for guests who want to venture further afield where electric charging stations are not easy to find.

Now that the company’s management strategy has proven itself, Mairet says he and his valued team are looking to share their expertise. “One of the things we wanted to do when we started the company is to have unique hotels so we could demonstrate our savoir faire, and we have done that. In fact, we have been extremely successful, so now we are thinking of selling our expertise to different owners. Right now, we are only in Victoria and Edmonton, and those hotels are doing well. The locations are great; the services and amenities are really good, and the owners are satisfied.” 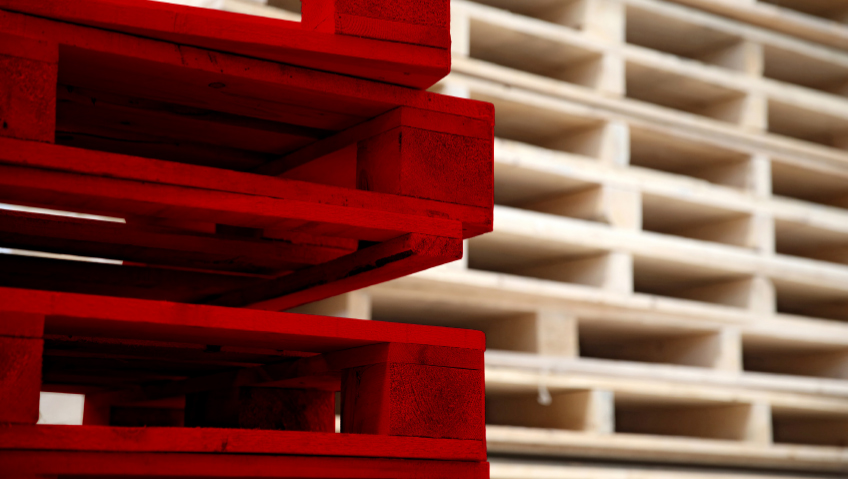 In Its Humble Way, This Company Moves North America