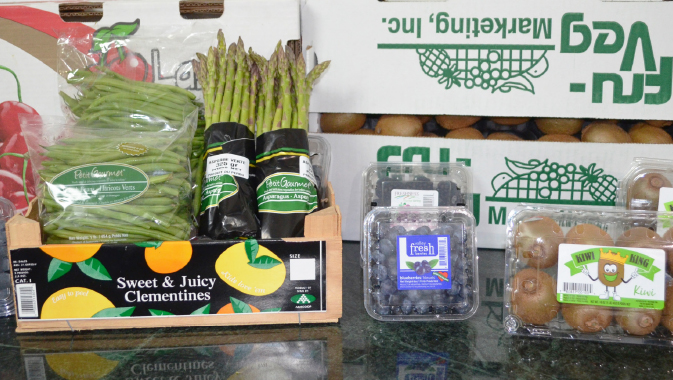 For Fru-Veg Marketing, Inc.’s founder and Chief Executive Officer, Conchita Espinosa-Chediak, building relationships that stretch over generations is about much more than just growing a business. It is a way of life, and this energetic CEO has crossed many seas, mountains, and valleys to bring Americans some of the best fresh produce the world has to offer.

Founded on integrity and trust, Fru-Veg Marketing, Inc. has proven itself as one of the United States’ premier fruit and vegetable importers. Its fresh produce is obtained from leading producers across California, Mexico, Central, and South America, as well as European countries such as Greece, Spain, and Italy. As with everything she does, however, Espinosa-Chediak prefers doing business in a wholesome way.

This means that, instead of waving off a handful of representatives to do her bidding, she still knows every producer and their families personally. “Most of my growers are people I have worked with for [many] years. You become very much intertwined with them because you get to know their families. You get to know them. So, you have the necessity of doing the best possible job in the United States,” Conchita says.

Headquartered in Miami, Florida, not far from the city’s international airport, the company brings its produce into the country via the east and northeast coasts of the U.S., serving clients and producers from offices in Philadelphia, Pennsylvania, and Peru. It supplies premium supermarkets and food distributors in the United States and Eastern Canada with a nearly endless array of the best organic and conventionally-farmed produce the market has to offer from a tight-knit network of top farms. It also supplies exporters linked to the Bahamas and other islands along the American coast.

While it may sound cliché, the company is proud of being ‘large enough to matter and small enough to care,’ with its gaze focused on being the best at what it does, rather than the biggest. Its emphasis on customer relations means that the company can provide its distributors with everything they need year-round.

The knowledge from its vast experience is one of its most distinguishing traits, but it has also mastered the art of consistently providing its clients with the quality and volumes they need at just the right time. In the process, Fru-Veg Marketing, Inc. takes great care to ensure that its customers can provide the end-user with the best produce available. As it often sources exactly what clients want, around ninety percent of its fresh imports arrive on American shores already sold.

Much of the joy of these close business relationships is in gaining an intimate knowledge of the produce the company brings into the country. It means that, while seeing the fruit and vegetables grow, it can also keep a close eye on food safety and traceability, which, in turn, translates into being accountable for customer satisfaction and the ultimate success of its growers.

“We have quality control inspectors at all of our locations, making sure [the produce] is up to our specifications and our customers’ – which is most important,” says Vice President Steven Espinosa.

Over the years, its growers have been trained in precisely what its market expects and have developed systems to guarantee that they only ship quality products of just the right standard and ripeness. Such precision allows extended shelf-life compared to produce that is only sold after arrival, so much waste is prevented, and the user is guaranteed a great product.

For this reason, Fru-Veg Marketing, Inc. is proud of being known by its growers as a direct, transparent, and clear communicator. “We communicate to [our growers] what is going on in the market. We communicate sales price. It is almost a kind of joint venture. The same [philosophy] applies to our customer base,” says Conchita.

For her, these precious relationships are the best part of the job. “I take my time to go visit the growers, watch them pack, see what is going on in their fields. [Travelling] has been one of the fun parts for me,” she adds. Recently having returned from a two-week, cross-country trip around Chile, it is evident that her passion still burns as bright as it did thirty-two years ago.

As a seasoned traveller and citizen of the world, Conchita Espinosa-Chediak’s story is a hard act to follow. Of Cuban descent, she arrived in exile in the United States as a little girl. Following a Sacred Heart education at Carrollton, Miami, in 1962, she went on to attain a Bachelor of Science in history as well as a Master of Social Work and Public Administration. After graduating, she joined Miami-Dade County, where she worked on a federal job-development program before moving into imports and exports.

After a four-year tenure in the private sector, she decided to go solo in 1988, when she discovered her talent for international produce trading during her time at a fresh produce export company. Conchita shared her dream with her brother, who provided her with the set-up costs. She opened shop in Miami’s port with a small team, and from here, Fru-Veg Marketing, Inc. would develop into the market leader that it is today.

At the time, the industry was in its infancy and, unlike today, being able to get fresh produce during icy United States winters was the exception rather than the rule. The company started bringing in French beans, asparagus, melons, grapes, blueberries, stone fruit like peaches, and tons of other produce. The market was already consumer-driven, and as South America’s farming conditions in summer mirror those of North America, supplying supermarkets and foodservice companies during the winter months made perfect sense.

Initially, it took much vision and trust on the part of both her and the growers, but together, Conchita and her farmers built a business that would surpass their wildest hopes. Sincere friendships with some of Central and South America’s top producers meant that her work could benefit multiple industries across multiple borders. Today, these relationships still stand, and Conchita is a regular visitor to Fru-Veg’s producers, both old and new. And she is no stranger to making new produce discoveries and loves bringing new products to market.

But, Conchita is also first to admit that without her incredible team, none of her success would have been possible. Together, Director of Business Development Steven Espinosa and Sales Director, Amber Milligan – with the company for eight years – have built a sales culture whereby both the growers and the company’s customers benefit fairly. This has brought about phenomenal growth, causing the company to burst onto the large-scale import scene with impressive velocity.

Albert Grimaldi was appointed Vice President earlier this year to assist in guiding the company in its transition from a mid-range firm to a large organization. “[We are including] team building, succession planning, talent management,” he says. Part of this goal is to bring in young talent that can be raised within the company’s own culture. Grimaldi comes with extensive experience in the produce market, joining his previous company when it was at the $600 million mark and leaving after it had peaked at $32 billion. For him, finding, building, and retaining talent is what will allow Fru-Veg Marketing Inc. significant and sustained growth.

With its approach to business, the company has had no shortage of accolades over the years and is one of the top Hispanic-owned businesses in the country. In addition, Conchita has been recognized for her entrepreneurial contributions over the years.

Conchita watched her mother, a woman whom she calls “a pioneering social worker in pre-Castro Cuba,” found the Centro Mater Day Care Center in Miami. Her strength and belief in working toward the greater good had a profound effect on Conchita, who grew up to honour this legacy through everything she does, including an annual scholarship endowment that she shares with her brother, Fernando, provided to Carrollton School of the Sacred Heart. While she serves as a board member for the Alumnae Association of Sacred Heart School, she has also served on the board of Centro Mater between 1990 and 2006.

Fru-Veg’s visions for the future, Conchita says, are not only to “continue our rapid growth with imports, but to expand the season of our core imported items with domestic growers. We will also continue to broaden our wide range of commodities to become a true one-stop-shop for our customers. Warehousing at each port of entry will be key in our future success.” Fru-Veg will establish more storage hubs throughout the United States to offer overnight deliveries that replenish supermarket distribution centers quickly when they sell out of merchandise.

Fru-Veg Marketing Inc.’s inevitable growth will see its operating facilities expand into the West Coast over the next eighteen months. The demand for organic produce and specialty packaging is also on an upward trajectory, and despite climate change considerably affecting harvesting seasons, the company is set to reach ever-increasing successes by introducing value-added services as the industry evolves. As her career slowly winds down and succession plans go into full swing, we wish Conchita Espinosa-Chediak, the dynamic leader of the American fresh produce industry, a most bountiful harvest. 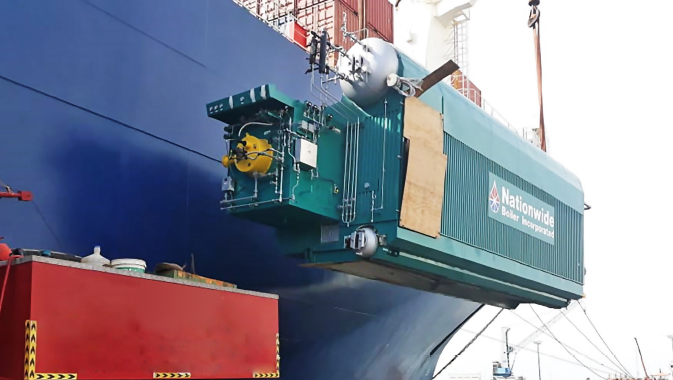