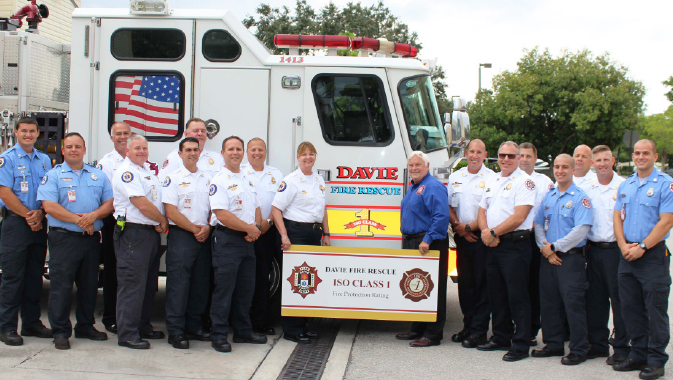 The Town of Davie, Florida has been a busy place of late. Since Business in Focus profiled this booming Broward County community in December 2018, several long-term construction projects have been seeing results. Davie officials also unveiled a strategy designed to guide economic development through 2023 while maintaining service levels in a period of major growth.

“A lot of the projects we’ve discussed before are coming to fruition,” states Assistant Town Administrator and Town of Davie Community Redevelopment Agency Director Phillip R. Holste. “We’ve continued the progress we talked about last time.” He says the new plan is designed to “serve as our guide for the budgetary process,” as the town looks to the future.

Over the past few years, thousands of residential units and millions of square feet of commercial space have been constructed here. One of the biggest construction projects cited in previous profiles is the Academical Village, a 2.5-million-square-foot site with facilities for research, medical offices, university offices, and businesses. A ‘topping off’ ceremony was held recently after workers reached the highest height of a hospital under construction in the village. This celebration happens when the last beam – often painted in a different color and signed by the builders – is placed on the building.

The 120-bed, four-story hospital is being built by the Hospital Corporation of America (HCA) and Nova Southeastern University (NSU). Construction is scheduled to finish in 2020, but builders are keeping their options open. “The hospital is being constructed in such a manner that it can be expanded vertically. They are building crane foundations into the structure. If they want to add more stories, the crane foundations are already there,” notes Holste. The Academical Village will also include a flagship hotel and conference center.

Other projects include a student housing initiative called University Pointe. Four of six buildings have been completed for this project, with restaurants and other amenities to be added. At present, roughly four hundred students currently occupy the finished quarters.

Work on a new town hall is also continuing briskly. “We finalized a site, which is basically our existing location. We’re going to be tearing down the existing buildings in summer or fall 2020 and relocating offsite for two or two-and-a-half years. Our intention is to build a new 70,000-square-foot town hall at an estimated cost of $30 million.”

Building also continues at the Davie Business Center, which houses various enterprises. “They have finished four of the seven buildings. They have leased out 400,000 to 500,000 square feet at this point. Their ultimate build-out is one million square feet. So, they are making significant progress on the project.”

Yet another huge commercial development, called Bridge Point 595, involves the construction of three buildings totaling 700,000 square feet in an industrial park and is being overseen by Bridge Development Partners, a prominent South Florida industrial real estate firm. The buildings will be used for “light industrial and commercial services.”

All the construction going on serves as a reflection of a strong local economy. In March 2019, the unemployment rate here was 2.7 percent – below the already low Florida average of 3.3 percent.

For all this development, town officials are not taking anything for granted. Economic stability is one of the priorities outlined in the town’s ‘2019 – 2023 Strategic Plan.’ “Being in South Florida, we get impacted by hurricanes and natural disasters. We have to make ourselves fiscally stable to be able to handle that,” says Holste.

Another initiative would see the local government advance its online capabilities so residents can access permits and municipal information over the internet. “We strive to be a full-service community to someone in their home, so they don’t have to come to town hall,” he states.

Enhancing public safety is another goal set out in the plan. “We’re very proud of our fire department, which has won numerous awards from the state over the past few years and was recognized as Class 1 department by ISO. Our police department has been proactive in the community to address problems immediately. We’re engaged with the community. [Residents] share their videos from home-security systems,” he says.

In 2019, Fire Chief Julie Downey was named the ‘2019 Southeastern Association of Fire Chiefs Career Fire Chief of the Year’ by the Southeastern Association of Fire Chiefs. It is imperative to maintain effective fire and police services as the population rapidly increases. “With all that new growth and projected growth, from a public safety standpoint, we ensure that we continue to provide the same high level of service to our new residents and to our new businesses,” Holste notes.

Both the Town of Davie and the downtown Community Redevelopment Agency (CRA) offer generous incentives for local businesses. A CRA is a district established by a local government with a view toward redevelopment and building the local economy. The Florida Legislature established the Davie CRA in 1988.

As an example of the town’s pro-business attitude, local officials maintain close relationships with developers and economic partners, meeting regularly to discuss projects and other issues. “The town, as a whole tries to be proactive with developers, by meeting with them in the beginning and provide guidance on the path toward a successful project. If it’s a project that’s not going to work, we’re upfront with them. If it’s a project that needs to be reassessed, we work with them on that. Our goal at the end is to have a successful vote by the council,” explains Holste.

The town also provides expedited permitting, speedy reviews of development plans and minimal red tape. “From a CRA perspective, we have a multitude of incentives. We have a rental reimbursement program for our downtown CRA, basically for new businesses. We provide up to $6,000 in rental reimbursement. We also have a property improvement program, in which we match one dollar for every three dollars that you spend, up to $100,000 for improvements to your property,” he continues.

Other CRA incentives include tax increment financing and price reductions on property purchases by businesses. Companies also appreciate Davie’s convenient locale. The town is situated near several highways such as I-75, Ronald Reagan Turnpike, and I-595. Fort Lauderdale-Hollywood International Airport is nearby, as is Port Everglades, which is Florida’s deepest port.

It also helps that this is a well-educated place, with about a third of residents having a university degree. Nova Southeastern University, Barry University, Florida Atlantic University and Broward College are some of the colleges and universities in the area.

“We can be selective about what business comes here. We want to get the right jobs and businesses that provide healthy incomes to our community and residents,” says Holste.

Davie officials promote the community in several ways. The town maintains a public information office and has an active social media presence. Some council members write articles for local media outlets. The town runs advertisements highlighting its advantages and works with various regional and state associations.

Its community events, including its Orange Blossom Festival and Southeastern Circuit Rodeo Finals, and its tourist attractions like the Young at Art Museum and Flamingo Gardens are still going strong. “At the rodeo arena, where we hold the Southeastern Pro Rodeo finals, we’ve done improvements: a new entertainment system, new audio system. We’re looking at improvements [such as] new bleachers, new concession stands. It’s an event that’s always sold out. We’re always at capacity at that event,” states Holste.

He knows why people move to Davie. “Residents appreciate that we’re a full-service community. They have the fire and police working for them 24/7. We also have an expansive open-space parks system and over 170 miles of recreational and equestrian trails. We have thriving recreational activities. We have A-rated schools. We provide all the services that are desired by families,” he says. “We’re in a fortunate situation. When people look to relocate to Broward County, Davie is one of the first places they look.”

As far as he is concerned, “balancing all the new growth,” is the biggest challenge facing the town. “Broward County has been undergoing significant development involving new homes and new businesses. So, you have impacts on traffic and public safety. We strive to keep that hometown feel that everyone loves about Davie.”

Holste offers a positive forecast. “Five years down the road, I anticipate we’ll have the new town hall. We’ll have delivered all these construction projects, and these projects will be thriving. We’ll be delivering a higher service level to the residents. Residents will be able to do everything [online]. From getting a building permit to registering for a recreation sport, they will be able to do all of that from the comfort of their home.” 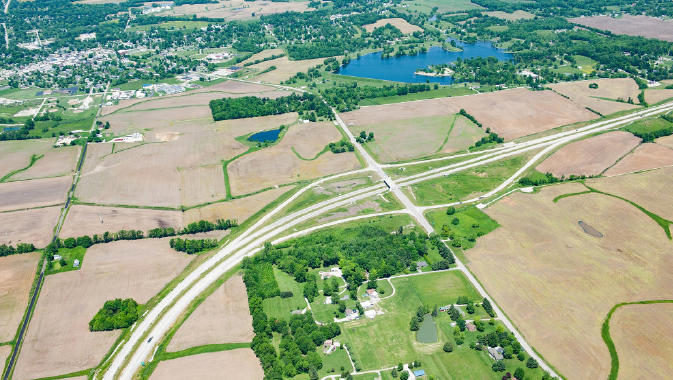