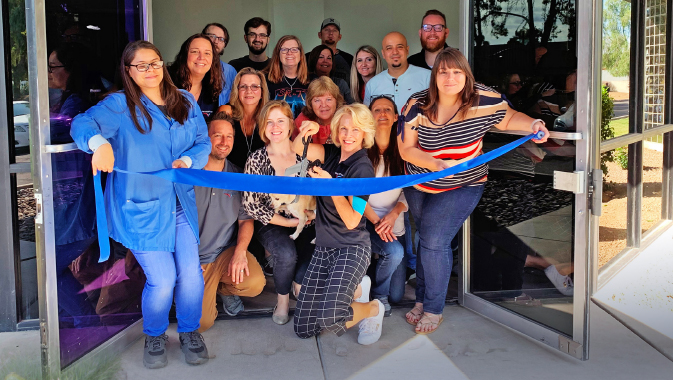 Spirit Electronics tests, assembles and distributes Hi-Reliability electronics all across the aerospace and defense sectors. Operating in Phoenix, Arizona since 1979, the company is now under new leadership and celebrating its fortieth anniversary. It has increased its value-add capabilities, setting itself apart from other distributors while expanding its role of supplying custom electronic components to maintain the strategic edge of the United States and its allies.

In electronics, it is perhaps tempting to think of California’s Silicon Valley. But Arizona has emerged as a powerhouse in the aerospace and defense sectors. Over 1,200 businesses are formally engaged in aerospace in Arizona, thanks to the state’s perpetual fair weather and ideal flying conditions. State government officials have noted these idyllic weather conditions and created business-friendly tax conditions to match. At the national level, the late Senator John McCain worked throughout his public service career to ensure a robust military and aerospace presence in his home state.

“The amount of business coming into Arizona in the military and defense outfit is far exceeding any other area in the U.S.,” Chief Executive Officer Marti McCurdy notes. She relates that, upon acquiring Spirit, she and her team studied the possibility of moving operations to Florida, but staying in Arizona was a more appealing option from the beginning.

She built significant entrepreneurial experience, including founding her own patented product in the child safety sector, before formally acquiring Spirit in 2017. As a veteran of the U.S. Air Force with a background in electronics, McCurdy wanted an insider role in the defense sector and felt she could better serve her fellow service members by having the first ‘crack’ at new Defense Department procurement contracts. Being a veteran-owned, woman-owned small business gives Spirit a prime position to bid on emerging contracts and ensure steady business.

This steady business also reflects the current political climate. McCurdy says that the Trump administration is making the defense and aerospace sector “incredibly profitable.” Even in the two short years that she has been with the company, “This has been the most aggressive government spending that we’ve ever had.” As America’s military is entering missions in the Pacific and Middle East, new electronics are required to keep its technology on the cutting edge and Spirit is ready to provide them.

The company applies its meticulous and rigorous manufacturing approach to both new and legacy programs, unlike manufacturers that only want more modern components to ensure they receive fresh business. The company tests all aspects, from electrical to wafer to radiation, to ensure its products hold up to the standards demanded by its clients’ applications. Spirit owns all parts until it is sure, via rigorous testing, that the components will be up to specifications. “That really puts us in a unique position outside of all the other distributors,” McCurdy states. “I think that’s what our momentum is all about.”

This custom manufacturer is also somewhat involved with designing and testing new products, though McCurdy is quick to point out the company only does so with funding support. Spirit has engaged in research efforts through collaboration with government agencies such as NASA, the Jet Propulsion Laboratory (JPL), and the Defense Advanced Research Projects Agency (DARPA), as well as private research institutes.

Spirit’s research-intensive radiation testing methods ensure that components are rated for high-altitude atmospheric or space usage. “The outcome is a rad-tolerant or radiation-hardened device that you can bring into the marketplace,” McCurdy says, “which has a high dollar-value product at the end of the day.”

McCurdy takes pride in the company’s meticulous approach to electronics distribution. The company manages electronics wafers coming fresh out of foundries and manages all aspects of processing and testing before heading to the client. “We do full assembly. We do all the electrical tests, and we qualify the part to whatever application-specific use it requires,” she explains, confirming Spirit’s status as a custom shop for advanced electronics.

Unlike other manufacturers that produce wholesale lines of components, Spirit occupies a more niche market. Its components can be suited for any number of defense-related applications, from a satellite to a missile guidance system. “Whatever its requirements are,” McCurdy says, “that’s how we qualify the part, to sustain that lifecycle.”

This degree of precision has earned Spirit a top spot among many high-profile defense contractors. McCurdy says that the company has received Excellence Awards from BAE, Boeing and Raytheon in 2018, demonstrating the company’s professionalism and low turnaround time on projects. “We’ve been an award-winning supplier to Boeing for seven years straight,” she says, elaborating that the company has a Gold Supplier status to Raytheon and BAE. These awards also showcase the company’s extreme efficiency. “We process almost four million parts here every year,” she says, “and to be able to deliver without any error on four million parts is a big feat.”

These awards have brought “a new availability for the marketplace,” enabling the company to renegotiate more favorable contracts with its suppliers and ensuring steady business and profit margins. This increased revenue has allowed the company to buy and renovate its manufacturing plant to make room to grow.

McCurdy also credits her team for Spirit’s unprecedented growth in her short tenure. “For me, it’s been a total joy and a blessing to lead them.”

This team spirit is due in no small part to the number of veterans within its ranks. Due to the discipline instilled by military life, McCurdy says that veterans are driven and passionate workers. Where others might be overwhelmed under the pressure of fast-paced business growth, “They thrive in it.” Others seek the camaraderie they developed in their military service and appreciate Spirit’s similar working atmosphere.

Spirit does boast a remarkable record, but McCurdy admits that it is far from the only game in town. However, because of Arizona’s boom in the aerospace and defense sectors, the company can afford the luxury of rigorous employee screenings. To be hired here, a potential worker must mesh well not only in their own department but with all aspects of leadership, ensuring they can work well under any potential assignment. Interviewees meet with all team members during the hiring process, not merely management or human resources. The result is an extremely skilled and efficient workforce.

“They might have the right credentials,” McCurdy says of rejected applicants, “but if they’re not going to fit the chemistry and culture we have here, we don’t hire them.”

In addition to its team, Spirit and its leadership are watching emerging technology to help maintain its competitive edge in an increasingly crowded market. While custom manufacturing cannot by nature be fully automated, the company has already automated several processes such as quoting, invoices, and communication with suppliers and customers, thereby streamlining processes and making work more efficient. One new employee has been able to automate contract analysis. “What was a three-to-four-day effort for one person was cut down to twenty minutes.”

Three-dimensional (3D) printing presents broader and more enticing possibilities. “We see it coming into our industry more and more,” McCurdy remarks, giving an example of 3D-printed components on submarine engines. This technology offers increased production at a fraction of the cost, and Spirit is investigating new processes thoroughly. “It’s on our radar, and it’s on our roadmap.”

Despite experiencing the same growing pains of any expanding company, Spirit holds true to its ideals of quality, value-added manufacturing and distribution. As a result of its impressive record, the company has developed relationships with global brands and is expanding into new sectors such as automotive and medical.

As the company looks to the future, it is poised to enjoy the success offered by America’s expanding defense and aerospace sector, particularly with increased growth in both private and government-funded space activity. While technology progresses, companies such as Spirit are sure to provide the high-performance, reliable electronics that are necessary to keep our world moving. 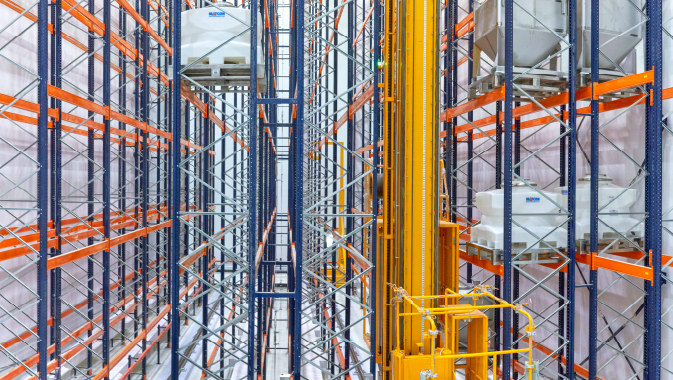