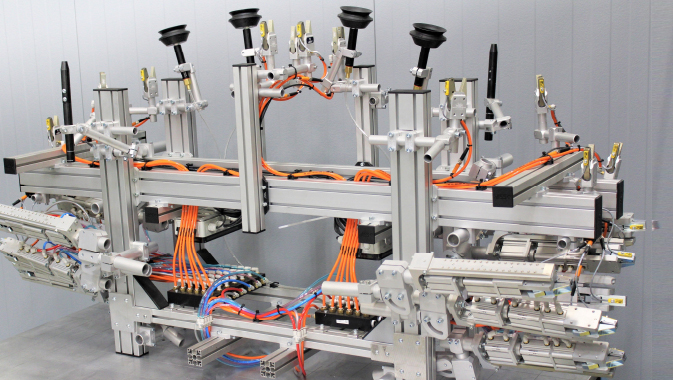 Select Tool, Inc. of Oldcastle, Ontario, has undergone many changes since the firm was profiled in September 2017 in Business in Focus magazine. Many positive changes, that is, despite uncertainty in the automotive market which makes up the bulk of its business. Select’s Mexican satellite plant has begun operations, and the company has expanded its domestic facilities.

When profiled last, Select was primarily in the business of designing and manufacturing fixtures, gauges, and related products. The company also offered automation solutions.

“A substantial portion of our business is still gauges and fixtures, but since 2017, we have expanded heavily into automation and special machinery. It is now approximately sixty percent of sales, versus forty percent in 2017,” states Vice President Dave Tomassi, who co-owns Select Tool with business partner Paul Hollister.

As for the biggest single change over the past two years, he cites the launch of the company’s satellite plant. Called Select Tool de Mexico and based in Queretaro, Mexico, this branch commenced work in April 2018.

“Mexico has provided us with a great learning experience,” says Tomassi. “We now have approximately thirty-five employees there, and we consider them very competent and dedicated. We have also diversified into mould and die work there.”

The company runs three plants in Oldcastle and is structured in a vertically-integrated fashion, a point of pride for Tomassi. “We control and manufacture all critical items in-house. All facets of our labour are done in-house.”

It recently added 18,000 square feet to its main Oldcastle facility, which is mostly used for assembly and certification. This plant has an electrical department and a metrology lab with coordinate measuring machines (CMMs) and offices for designers, administrative staff, and executives.

“Based on increasing automation division sales and projects becoming larger and more complex, we needed additional space to assemble our products. In addition to the new space, we also added a separate tool room for automation, which includes various pieces of equipment such as milling machines, lathes, and grinders. We also added three overhead cranes to [the plant] to aid with assembly,” he says.

The expansion has been good for the company’s bottom line. “Our growth has been fairly steady for the last fifteen years but did accelerate when we built our new facilities. Some customers had told us if we could provide superior quality and timing regarding automation and special machinery, it would be a huge growth segment for us. They were correct,” notes Tomassi.

Its second plant is focused on advanced manufacturing, “which means everything that gets made here is for our end products. We have significantly invested in automated pallet pool systems in order to load workpieces onto our CNC machines in an automated fashion. We have added CNCs and a new water-jet machine,” he says.

Select operates a water-jet machine, twenty-two CNC machining centers, and two CNC lathes, with a third on the way. This plant also houses departments for fabrication, purchasing, and receiving.

To achieve what Tomassi calls “true quality,” the company adheres to certain procedures and protocols, including standardizing design elements with a known record of quality. Products are designed to be precise and durable through the use of modern equipment and top-notch components, as well as the company’s use of employees with excellent training and experience.

Similarly, the firm “abides by all health and safety measures as outlined by the government. We have a safety committee that has representation from all our departments. They meet regularly and review all areas,” he continues.

Interestingly, this expansionary activity has taken place against a backdrop of uncertainty in the main sector the company serves. “There’s a lot of indecision, it seems, with the automotive industry right now, and we’re ninety-five percent automotive. We find programs might be on hold, delayed, or cancelled to a degree, because there’s some apprehension [in the market]. A lot of it could be for governmental reasons, such as free trade agreements not being in place,” he says.

Over the past couple of years, “the automotive industry hasn’t been crazy busy. We’re busy enough, but not to the level that we’re used to or that we need. That’s the same story in Mexico,” he adds.

Select currently occupies space in an existing building in Mexico, but eventually, it might open a custom-built plant. The company is also considering a plan to use the Mexican facility to diversify.

Traditionally, the company has been closely linked to the automotive sector, mainly because of its location. Select is near Windsor, Ontario, the vehicle manufacturing epicentre of Canada. This area almost guarantees an automotive-based focus. However, there are downsides. “We don’t have time to look elsewhere for work. We just don’t have the time to diversify,” states Tomassi.

So the Mexican operation has opened new opportunities. The plant could be used to spearhead a move into aerospace, consumer products, agricultural and heavy machinery, or other sectors. “If we start these diversifications in Mexico and become somewhat known there, then we can parlay that experience up here. There could also be overflow passed up to Canada,” he says.

The company has already successfully expanded the amount of automation and special machinery work it does. This was done largely at the urging of customers, says Tomassi.

“To our surprise, we have ramped up to some decent-sized projects relatively quickly. I didn’t think we would grow into automation as fast as we did. It probably doubled the size of our business in the past three years,” he notes, indicating that work “in fixtures remains steady and grows a bit per year, but not to the same extent as automation.”

Select has also been thinking about expanding its welding operations. “We would like to get into metal welding automation,” he says. “That would be a bit of a departure from what we do, but again, we recognize that as a definite thing we should diversify into if we want to increase our sales numbers. Most of our automation now is based on the plastics realm. We process, assemble, and weld plastic parts.”

While it ponders these moves, the company’s personnel numbers continue to grow. The firm currently has 225 employees, an increase from 185 last year. “We have a very good group of employees. The company is nothing without the people. We have a very good team and work environment that promotes creativity, promotes people wanting to stay here, wanting to work here. I think that translates into the success of the end product.”

In terms of what the company wants in its new hires, attitude is key. “Besides the obvious, we look for enthusiasm, positive attitude, and work ethic. From here, we can train anyone. We look for people who want to learn and want to move up and promote themselves throughout the organization. Stagnation is not good for anyone,” states Tomassi.

Select representatives try to attend four to five trade shows a year in the United States and Mexico, he says. In November, for example, the company is scheduled to attend Meximold 2019, “the first and only exhibit in Mexico devoted to all aspects of addressing the complete life cycle of the design, manufacture and maintenance of a mould,” according to a press release.

The company’s biggest challenge, Tomassi says, is keeping costs down in a tight market. “Due to a slight decline in work volume from the OEMs, there is not enough demand. As a result, cost pressures are the biggest challenge now. We are always up against the threat of our direct customers sourcing work to low-cost countries such as China and Eastern Europe. It’s not necessarily a fair playing field.”

While clearly proud of Select Tool’s abilities and very interested in growth, Tomassi does not want to engage in speculation about the company’s future. “We’re quite content the way things are going. We try to maintain five to ten percent growth per year. Right now, that’s sort of status quo, and we’re happy with that,” he notes. 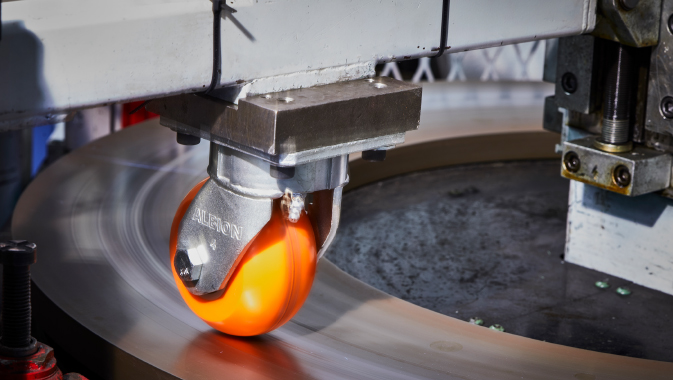 From 25 Companies to One: How Colson Group, the Largest Caster Manufacturer in the World, Reshaped its Future