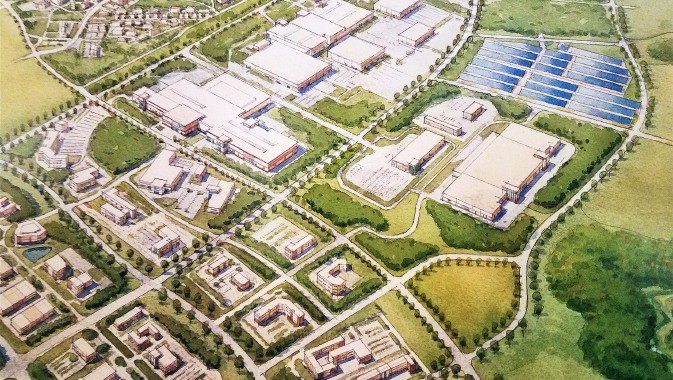 West Virginia, in general, and Boone County, in particular, have so much to offer. This land of mountains and natural beauty has amazing opportunities for businesses and thrives on a community involvement rarely seen in other states. We spoke with the Director of Boone County Development Corporation, Kris Mitchell.

Boone County is proud of its coal history and has an annual coal festival that will be celebrating its twenty-sixth anniversary. “It’s part of our heritage and will never go away, but most people accept that it’s not a viable future for us, and diversity is necessary,” says Kris.

Coal was first discovered in Boone County by John Peter Salling in 1742. Coal mining in West Virginia was an integral part of the industrial revolution, and coal-fired plants brought electricity to the eastern half of the county. Two types of coal were mined here. The first was thermal coal for electricity, and the second was metallurgical coal, which creates fire hot enough to make steel.

Kris’s parents were part of the area’s coal mining tradition. Her father was a miner and retired at the age of fifty-five, which is not common anymore. Her mother raised two children and was active in the community.

“Those mothers that didn’t work helped to build strong communities. There are community centres all over the county. If someone passes away, a community dinner will be held for that family after the funeral service. All the food will be packed up, so the family does not have to do any cooking for visiting relatives,” says Kris.

These same mothers volunteer at schools and run theatre and music programs. There is a bond made possible by the efforts of people trying to build a strong community.

After the fall of the coal industry, five thousand jobs were lost. For a population of just over 23,000 people, that was a huge hit to the economy. Those were very well-paying jobs, with a starting salary of about $40,000, and all that was needed was a high school diploma.

“This is what we are looking to replace. We are looking heavily into diversifying our economy using multiple avenues, but the main concentration will be tourism and manufacturing,” says Kris.

To attract visitors, Boone County can take advantage of its gorgeous landscape. “I’ve been to some beautiful places all over the world, but fall here is truly breathtaking because of the variety of trees, and they are all different colours. It goes for miles,” says Kris.

This scenery can be enjoyed from walking trails and, of course, the Little Coal River which has an abundance of wildlife with everything from herons and minks to trout and bass. There is a lot of fishing in the area. The Big Coal River is also in the middle of Boone County. It hosts fishing tournaments, and it is popular for kayaking and canoeing.

“I was joking with one of the owners of a local hotel that the river is now as busy as the four-lane road on a nice day,” says Kris. Visitors also come for miniature golf courses, water slides, and Water Ways, West Virginia’s largest waterpark.

Several businesses will rent kayaks or canoes to people who want to enjoy the river. Campgrounds have opened, and the latest thing to be added is the Hatfield-McCoy Trails system which bills itself as “one of the largest off-highway vehicle trail systems in the world.” One of those trails, the Ivy Branch Trail system, should be opened early next year.

Another ATV and dirt bike trail will hopefully be completed by next year on the other side of the county and will feature a resort. Boone County is negotiating now with the landowner, and Kris talked with him recently. This multi-million-dollar investment will be important to draw people here and will also benefit local residents, having a massive economic impact on the region.

Luckily, there are some helpful landowners in the area that are willing to let people ride on their property They are conscious of the troubles that West Virginia has had and are doing whatever they can to help.

Rivers and mountains create a welcome challenge for hikers, mountain bike aficionados, and ATV or jeep drivers. “There are people really attracted to the area as far as topography goes, but also we appeal to businesses because of our population’s willingness to work and their loyalty. They like to stay in one job, which is unusual,” says Kris.

Manufacturing should thrive here due to the rich coal mining history. People are very self-sufficient in Boone County; they can fix your car or plumbing. Much of what they had to do in the mining industry included performing their own repairs, as there was no time to stop working and wait for someone to help. This developed a culture of a hands-on mechanical skillset that is needed for much of the manufacturing industry.

The county has people who are open and willing to train. A vocational centre and a two-year community college help with this, as does a program at Van High School, called P-20 which is affiliated with West Virginia University. When students graduate from the high school, they will not only have a diploma, but also an associate degree in one of many options.

“If someone brings a company in, I can sit you down with a college president and a vocational school, and they can tailor-make a program for you. Finding employees is the biggest need. I think it’s funny how people say they need more employees, but we need industry, so why don’t you come where the employees are?” says Kris.

The population of Boone County is a little over 22,000, but it has access to a labour pool of over 400,000 people in surrounding counties of the state. The county is within five hundred miles of much of the country east of the Mississippi, which is where seventy percent of the population lives. The average commute in West Virginia is about forty minutes, and a four-lane divided highway runs through the county, so drivers can get quite a distance in forty minutes.

Boone Memorial Hospital, a critical access hospital, is the hub of Boone County’s healthcare system which deals with critical care, acute care, and physical therapy as well as having free diabetics classes for those who care for diabetics, an opioid treatment centre, and a black lung centre, to deal with health issues related to coal mining. People can get all their healthcare needs served right in their local hospital

“We have multiple places for in-home care and long-term care facilities and even a place called Black Diamond Arbors, which are senior apartments that have many activities for seniors, but the critical access hospital is the biggest and most important thing here,” says Kris.

“Whatever you need, it’s easy to sit down in a room with them. Frankly, within our county, we could easily get those people in one room to sort out what is needed and how to get it done. There is not a lot of red tape, and that’s a huge benefit,” says Kris.

Ten thousand acres of land on a former strip mine are being developed by the Boone County Economic Development Corporation and the West Virginia Development Office. There is already electricity and gas and within the next couple of years there will be water infrastructure will be supplied the entire site. Work with the U.S. Economic Development Administration is occurring now to get the area ready.

“There are dozens of one-acre sites and up to three hundred 400-acre sites. It’s well maintained and within about five minutes of the divided highway and twenty minutes from the state capital and airport. It’s a beautiful area, and the intention for it is mixed-use,” says Kris.

A master plan is underway to have housing with a commercial aspect and one side relegated for industrial use. Much interest has already been generated as it is also a federal opportunity zone as part of a program that allows for investment of capital gains and greatly diminishes those gains taxes.

“We submitted it and are excited about the potential. It has the ability to change the entire economy of southern West Virginia,” says Kris. 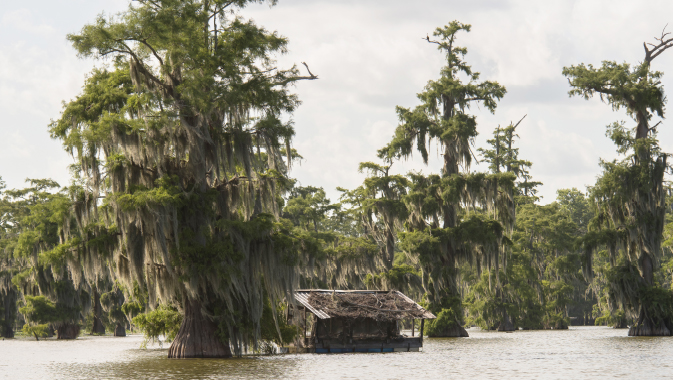