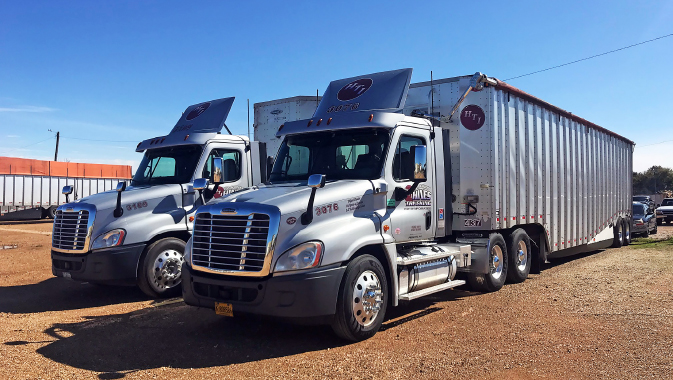 J.D. & Billy Hines Trucking was established by J.D. Hines in 1936 in the humblest of beginnings. With one truck, the company served the Prescott region offering log, lumber, and gravel hauling. By 1969, J.D. Hines partnered with his son, Billy Hines, investing in additional equipment as the company grew. In 1976, this father-son partnership was incorporated into its current company name, often referred to as HTI.

Three years later, HTI was awarded its first wood chip hauling contract, after which, the number of contracts continued to grow. This allowed the company to “grow its short-haul division to 140 trucks which serve southeast Oklahoma, northeast Texas, southern Arkansas, and northern Louisiana,” says Mississippi Regional Operations Manager Bruce Teutsch. The company serves these areas from headquarters in Prescott, Arkansas and McComb, Mississippi.

After J.D.’s passing in 1986, Billy Hines became president and chief executive officer. Under his guidance, the company continued to grow, with flatbed, refrigerated, and dry van divisions operating in forty-eight states from 1984 until 1990 when the long-haul division was sold so that HTI, “could concentrate our priorities on the short-haul,” adds Bruce. Its short-haul division focuses on hauling wood chips and timber by-products to mills.

“Today, we have approximately two hundred drivers, including owner-operators, and we serve customers throughout the Eastern United States,” says Bruce. “We have more trucks dedicated to the short-haul division than our flatbed division.”

HTI serves about twelve mills and as Maintenance Director Wayne Morrow explains. “A large part of our business is Arkansas, Louisiana, Mississippi, Texas, and Oklahoma. This is primarily associated with timber by-products.” He says that another aspect of the business is the flatbed market in which “we prefer to keep that equipment in the region.” This includes eastern Texas and parts of the central United States. “This allows us to service a regional area to get our equipment back for reloading at our customers’ facilities.”

He notes that in the mid-1980s, the company initiated ways to “increase the payload. A commitment was made to switch from the dual tires (specific to the short-haul division) to super singles, which nobody really knew anything about in a lot of areas.”

Such a commitment made trucks and trailers lighter. “That was just the beginning of many innovative ideas,” he says. “That has given HTI an advantage over a lot of carriers that do the same thing we do. With the lightweight equipment, this means that we make fewer trips into the mills… Fewer times to load and unload, and we have less exposure on the highway with our equipment,” he explains.

“The shipper and receiver both save money,” with such weight-saving options incorporated into the equipment, says Wayne. “We’re continually looking for lightweight components that we can add to our equipment to save weight and fuel.”

The company also “governs the speed limits on all our trucks,” he says, explaining that short-haul trucks are governed at sixty-four miles per hour with flatbed division trucks governed at seventy miles per hour. “This is an advantage and helps us gain fuel economy,” and all drivers are expected to abide by these speed restrictions.

In the flatbed division trucks take advantage of the ThermoKing auxiliary power unit (APU), “that provides air conditioning and power to the driver so that we don’t have to idle our trucks,” continues Wayne. “APUs are much more efficient than the truck engine as far as burning fuel.”

Wayne adds that, in the past twelve years, several innovative safety components have been designed for Class 8 trucks, which are those with a gross vehicle weight rating (GVWR) over 33,000 pounds. The company takes advantage of many features including roll stability, traction control, lane departure warning systems, adaptive cruise control, forward and side collision mitigation systems, and disc brakes. “All these features help keep the public and our drivers’ safe,” he says. “We take our safety to a higher level at HTI.”

Another feature that the company has embraced for the benefit of its drivers is automatic transmissions. “This allows our drivers to concentrate on driving the truck [without] having to shift, making their day less tiresome… Not a lot of other companies invest in this cost because this is a pretty substantial cost,” says Wayne. “There are a lot of over-the-road trucks that do have some of the same features. They may not have as many as we do, but we try to put everything in that we can. Anything for safety.”

And because of this, HTI developed its fit driver program as part of its mission to have the safest drivers in the country. Company drivers receive safety training with periodic assessments to ensure they are meeting HTI’s company and customers’ needs.

Drivers are expected to find ways “to get things done and don’t make excuses as to why they can’t do something,” he continues. A driver’s word is “their bond. Drivers understand that their attendance is vital for us to be able to serve our customers, especially in the short-haul division… to keep those mills running and not cause any issues.”

Physical and mental health are important components of the trucking industry. It is a physically demanding job with respect to getting in and out of trucks, climbing atop trailers and tarping loads.

“Your mental health is very important,” says Bruce. “You’re running an eighty-thousand-pound vehicle on these roadways out here with the motoring public. You have to be mentally prepared, day-in and day-out, to do that… We really focus on those types of things. Our policies and procedures are designed to protect our equipment, our customers, the motoring public, and all of our employees.”

Hines Wood Fiber Recovery & Processing, Inc. was established in 1995 to reduce the amount of wood waste that sawmills were sending to landfills. Billy saw the need to “recycle some of this waste into a viable product that can be used at other mills,” explains Wayne. “The wood waste that was processed was returned back to the mills. The mills use this wood waste as boiler fuel.”

He adds that the market for boiler fuel is a tight one “because of the drop of natural gas. It’s really put a little bit of an impact on us within the last few years, but today, we continue to grind wood waste, but not at the same level as what we were doing.”

“What I feel makes us unique is that when we say you’re family, we mean it,” Bruce says of the unique company culture at HTI. “We have employees that have been with us for over forty years.”

When safety meetings and banquets are held, these events are not only for the drivers. “It’s a safety meeting for the family,” notes Bruce. “If you get the family involved, it makes it better for everyone… That’s what matters to us, what matters to Mr. Hines, and that’s where this company has been built from the beginning. It’s the little things that we do, that we pay attention to, that set us apart from everybody else. That’s what makes us better than everybody else in this area.”

He affirms that being a part of the HTI family is “being part of something bigger than yourself. The team built this. The team continues to build this, and the team is what makes our customer service second-to-none in this industry.”

Bruce says that Billy Hines is, “humbled to be a part of this journey and this vision that was started by his father,” which subsequently has been thriving for eighty-three years and counting “in a family culture, largely due to the dedication of the men and women here at J.D. & Billy Hines Trucking.” 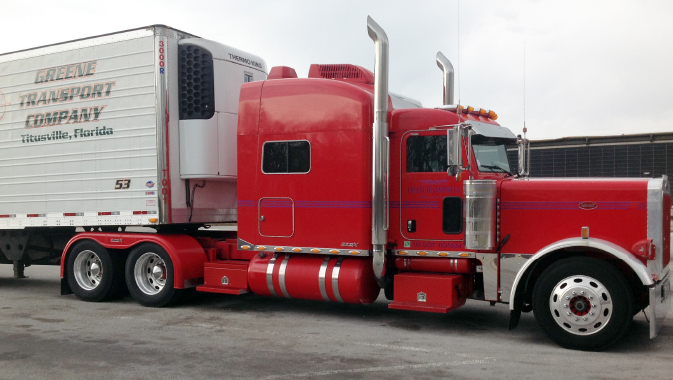 A Logistics Company With Unlimited Potential