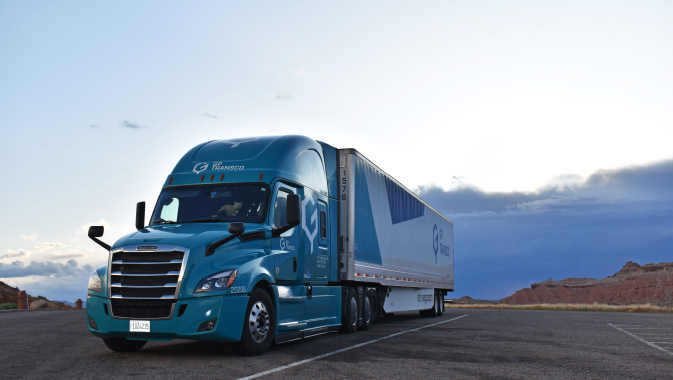 Just a little over a year ago, I wrote about a trucking and logistics company from Darien, Illinois, called GP Transco. At the time, GP Transco was implementing its trucking management software OpenRoad TMS, changing its overall look, and dealing with a driver waiting list that is the envy of the industry. Once again, we spoke with Vice President of Marketing and Strategy Sergey Bort and Vice President of HR and Safety Marija Jamontas.

Exhilarating things have been happening at GP Transco. This year marks the start of construction on a building which will be the new headquarters. “We are going from a relatively small space to a forty thousand-square-foot facility with everything in one spot, which will include a lot of very cool amenities for staff and drivers. This is a part of our overall growth plan. The construction of the new office is a physical representation of everything coming together,” says Sergey.

This will be a one-of-a-kind trucking facility when it opens next year. The official ground-breaking ceremony took place on October 8, in the city of Joliet, IL. It is designed to be beautiful and functional, with facilities that are always open for staff and drivers with the key card that everybody at the company has. If anyone wants to use the basketball court or gym, showers, vending areas, full kitchen, laundry room, or any of the lounge areas at any time, they are available, which is helpful for truck drivers passing through.

“There will be room for five hundred trucks and trailers to park — forty thousand square feet for office space and a maintenance shop. Presently we are an office with various locations scattered around Illinois. This will centralize all operations in one place,” says Sergey. The company’s website enables the viewer to experience a virtual tour through the building as it will be laid out.

GP Transco’s stylized, modern office in Europe just finished construction last December. The architect did things a little differently than what would typically be seen in the U.S. “We took that inspiration for design and brought it here, so it will look very unique,” says Sergey.

Earlier this year, GP Transco ordered a new batch of eighty 2020 model Freightliner Cascadia trucks. And these trucks will be part of the company’s marketing vision as a complete rebranding effort is underway to replace the look of the white trucks it has been using for years. The company has nearly 400 units in total, and the eighty new trucks have been ordered in a teal color to stand out on the road. These trucks feature top-of-the-line options when it comes to comfort, safety and efficiency. Since the company replaces semitrucks about every three years, it won’t be long until the entire fleet carries the new design.

“It is not that common of a thing to see on the road. Most trucks are white, grey, yellow, and orange, but ours are different; it’s a symbol of GP Transco doing things differently. As we like to say when people ask us about how we operate the company: ‘rethink what you know about trucking,’” says Sergey.

Being more environmentally friendly is a major goal for GP Transco, and the eighty new vehicles it ordered have electric power units (EPU) built in. This move should eliminate idle time on these trucks, saving fuel and allowing the company to be more environmentally responsible. Trucks usually need to idle continuously in extreme temperatures to keep the drivers comfortably cool in summer and warm in winter, but these new technologies allow for the same level of comfort with less fuel consumption.

“Idling burns a lot of fuel, and we recognize it is not always necessary, so we ordered the built-in EPU. It is basically a big battery that keeps the truck warm and cold when it is shut off. If the driver is not driving, it turns itself off and runs the A/C or heat via electric power. This has been a real help in reducing our carbon footprint, and every truck we are planning to order after this batch will also likely have the EPU,” says Sergey.

More drivers have been hired in the past year, and Marija says that a tremendous amount of interest was generated from an article titled Guess who just became the highest paying true trucking company? on CDLlife.com, based on an evaluation from a website called Truckdriverssalary.com, which evaluates what companies pay their drivers. GP Transco placed third for truck driver salaries paid countrywide and is “the highest-paying non-private fleet trucking company,” according to the article. This was a huge deal for the company’s recruiting efforts.

Within two or three days, GP Transco organically received hundreds of driver inquiries, which is significant for a midsized carrier. It plans to stay that way and so took time with each phone call when recruiting. There are only two recruiters to take on the interviews, and with hundreds to get through, it was a difficult task.

Over a year ago, when we spoke, there was already a waiting list for drivers who were interested in working for the company, but now it is much greater. “When the article came out, there was a lot of interest generated, and our phone batteries just died from all the notifications. We were constantly charging our phones over a two-week period. We are still going through leads after two to three weeks of non-stop calls. We are reaching out to every driver that made an inquiry,” says Marija.

This gives GP Transco the ability to be even more selective about the drivers it hires. To be a driver here, one needs to be extremely conscious of safety rules and regulations, have a highly safe driving record, be very good at delivering freight on time and overall being an outstanding trucking professional, which happens to be the name of GP Transco’s Driver Bonus Program – the OTP Bonus Program. GP Transco is excited that over ninety percent of the traffic coming into its site is believed to come from drivers or customers, and it is happening without pay-per-click marketing or other tricks.

“This means that we come up in conversation; we come up when people are searching for industry-relevant topics and keywords. When we last spoke, we had a lot more pay-per-click and place-targeted marketing than we do right now. Today there is much more organic interest in GP Transco now,” says Sergey.

The company has been putting the finishing touches on the updated and revamped OpenRoad TMS website. This is the software system that GP Transco developed for trucking management, and has become an essential tool for the company. OpenRoad TMS ensures every one of GP Transco’s trucks is moving, and every customer that needs to be served is served efficiently.

“It’s been instrumental in our processes in automating and simplifying our invoicing, maintenance tracking, fuel consumption management, getting up-to-the-second information of driver and fleet manager performance, and more. It really helps us to utilize the assets we have and minimize the sitting time of trucks,” says Sergey.

It was in use within the company for the past five years and will be brought to market for use by any other carrier that may be interested in using it within the next few months. Different modules have been added to assist with varying benefits.

GP Transco has also been expanding the way it helps charities in Chicago. Non-profit organization From Cradles to Crayons collects large quantities of donated clothing and school supplies for children, packages them and sends out to homeless and low-income children in need. GP Transco has been providing the group with free freight transportation for these items.

The company recently delivered multiple loads equaling about $40,000 worth of savings in logistics fees and making it the biggest sponsor for that non-profit for this year. Some staff from GP Transco will be volunteering time to help sort and load the items.

“Reliable transportation is not a small thing when running a growing non-profit,” said Jaron Newton, Operations Director at Cradles to Crayons Chicago. “We provide Chicagoland children, from birth to age 12, who are living in low-income or homeless situations, with the essentials they need to thrive at home, at school and at play. These items – coats, boots, toys and hygiene kits – are things that require significant operations management. GP Transco’s logistical expertise made it easy for us to ensure that the families we serve have the warm winter items they need well before the cold weather hits,” he said.

“Because they donated their services, we were able to reallocate those resources back into our mission and serve thousands more children.”

“This is another initiative we have been working on. It’s a helpful endeavor, and the reason we picked that non-profit is because we wanted to be involved in an organization that needed more than just cash. We wanted to help by doing what we are good at, which is delivering freight on time,” says Marija. 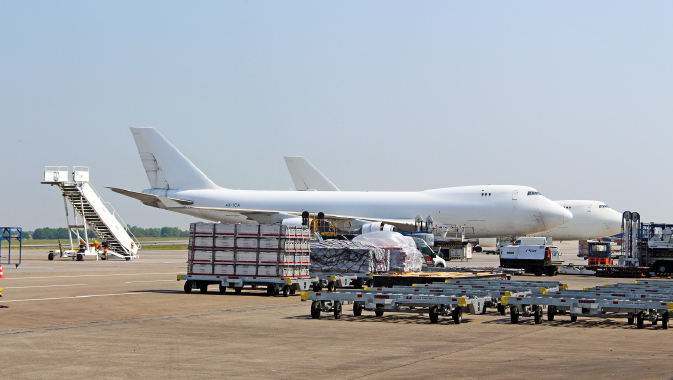