Ceres Greenhouse Solutions designs and builds smart greenhouses for everything from small, residential, hobby projects to large-scale, commercial agricultural applications. With a desire to raise the standard of greenhouse production, Ceres is solving greenhouse sustainability problems through groundbreaking engineering and a focus on energy and resource efficiency.

Established in 2011, Ceres is the brainchild of founder Marc Plinke, a visionary in the field of sustainable living. Plinke built a house that was intended to have net-zero energy draw from the public power grid and exceeded his expectations by developing such an efficient design that the house’s energy generation ended up being net-positive and delivering power back into the grid. As part of this project, Plinke designed a greenhouse so that he could grow food. Ceres evolved from this experience.

Recently, the company’s advanced greenhouse design has found a home in cannabis production. Because cannabis is a relatively new industry, producers are looking for a way to start small but have their facilities prepared for growth. Ceres has designed its greenhouses to be modular, and that is precisely the type of growing system that cannabis companies are in the market for.

“You’re able to start smaller. As you grow, you’re expanding on the outside of the existing grow room. The last thing you do is put a door into a wall and take that new greenhouse into production. That allows people with a smaller budget to start small and expand when they’re making money. That’s been a very successful approach for us,” says Chief Executive Officer and Director Chris Uhlig.

The cannabis industry is booming, and investors are looking to companies like Ceres to develop new ways to improve quality and productivity rates. The company’s engineering expertise has enabled it to thrive in this space, and cannabis-related investment has accelerated its growth. This investment has driven innovation in general, and by concentrating on developing products for cannabis producers, Ceres has created and refined new solutions that can eventually be made available for non-cannabis related crops.

The new EcoLoop™ Geothermal system combined with Ceres’ patented greenhouse design is a noteworthy development, particularly for the cannabis sector. One of the biggest difficulties for cannabis producers is that the stability of the growing environment directly affects the quality of the crop. To grow a high-quality product, temperature, humidity, and carbon dioxide levels need to be carefully controlled, and those values need to be adjusted at various stages of growth.

Currently, the industry standard is chiller-based cooling systems. The greenhouse’s heat is stored in water, which gets pumped outside. Chillers are then used to release that heat into the air, cool it down, and bring the cooler water back inside. These chillers use compressors, which can be very expensive to run.

The EcoLoop™ system uses the soil under the greenhouse to store heat when the ambient temperature within the space is high and extracts that heat when it is cool. Instead of using chillers, this geothermal climate control process is much more energy-efficient and much less expensive. According to Uhlig, the EcoLoop™ system can be fifty to sixty-five percent more efficient than the most common HVAC systems. Higher efficiency means spending much less on utility costs for the same performance.

Further, most greenhouses have HVAC systems that need to be suspended from the ceiling. Not only does this take up space that could be used for vertical growth, but these machines create a lot of shade. In the EcoLoop™ design, the HVAC equipment is behind the north wall of the greenhouse, connected through a wall vent, so it does not take up any grow space or create any shade.

The EcoLoop™ system generates a highly stable environment that is perfect for cannabis production. “We’re focused on cannabis because there’s a high upfront investment. So your return on that investment has to come through a crop that makes it worthwhile – a crop where the initial investment creates so much more value through the refined environment. That’s what cannabis does,” explains Uhlig.

Because cannabis crops use a great deal of water, Ceres has integrated water reclamation system that can recycle and reuse ninety percent or more of the water used in production. In a typical vented greenhouse, the water transpired by the crop and the moisture created in evaporative cooling systems is lost through ventilation.

The Ceres EcoLoop™ can recapture and reuse nearly all of that water in a sealed greenhouse. Water reclaim systems can also be designed to capture the wasted irrigation water from some grow systems in order to reclaim unused nutrients. Particularly for hydroponic systems, which release water continually, this can have a great impact on overall operational expenses. Water reclamation is one of the many systems that make the sealed Ceres greenhouses so successful.

For a typical vented greenhouse, a producer can reasonably expect to generate roughly one hundred grams of cannabis per square foot of greenhouse space per year. In a sealed greenhouse, this number doubles to two hundred grams or more. When accounting for the additional space allowed by moving the HVAC equipment outside, this becomes even more substantial. “If you can double the yield and create higher quality because you have a stable environment, the upfront investment is a no-brainer,” says Uhlig.

For comparison, Ceres looked at a company running a traditional greenhouse. For a $5.5 million investment, the company built a 34,000-square-foot facility that yields roughly an $8 million per year profit. When they ran the same numbers for a Ceres greenhouse, the upfront investment for 34,000 square feet would cost approximately $8.5 million. However, for $3 million more in upfront investment, the return would be around $18 million per year in profit, with every other factor staying the same.

Another flagship product is the Ground to Air Heat Transfer or GAHT™ greenhouse system. This uses the ground under the greenhouse to store and release heat energy, but because it works with air, environmental parameters are less stable than with the EcoLoop™. As a result, this system has a far lower upfront cost and is better suited to crops that do not require a perfectly controlled environment such as hemp or garden vegetables like tomatoes and cucumbers.

“We have two systems that differentiate us from everyone else that’s out there. We’ve been doing the GAHT™ system for eight or nine years now, and we’re getting inquiries from other greenhouse companies to install that system. And the EcoLoop™ is a completely new system that there has never been anything like before,” says Uhlig.

Ceres’ work to bring new ideas and technologies to the marketplace has resulted in significant growth. It is now working with companies from Canada, where the climate presents issues for licensed producers, as well as Greece. Earlier this year, Ceres attended a greenhouse convention in Helsinki, Finland, to learn about some of the challenges and solutions involved in growing food in permafrost regions. In response to what it learned there, the company is adapting some of its existing ideas to work in those conditions.

Sustainable agriculture is a rapidly growing sector, and innovations in greenhouse technology are changing the way producers grow. By focusing on the cannabis industry, Ceres has been able to capitalize on the influx of investment to build smart and sustainable greenhouse solutions. 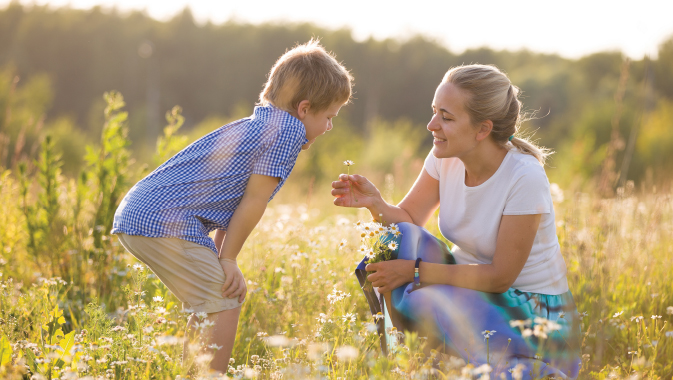