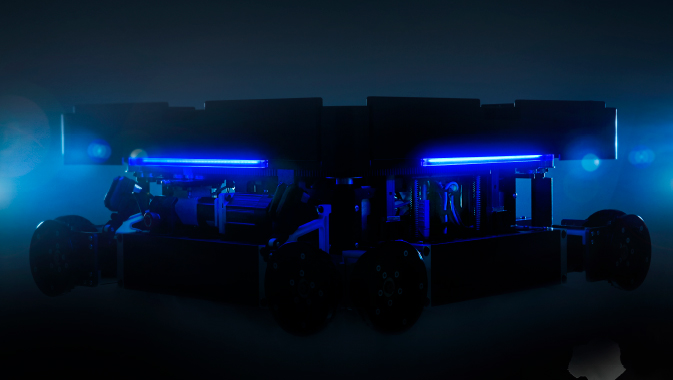 Attabotics Inc. is a Calgary-based company with ground breaking technology and big ambitions. The firm, in its own words, is all about ‘creating the supply chain for modern commerce.’ Its vehicle for achieving this goal is a cutting-edge, three-dimensional, robotic warehousing and order fulfillment system.

This proprietary system – inspired in part by observing the storage habits of Leaf cutter ants – is well-suited for a consumer environment in which shoppers are increasingly buying online, not in-person, says Attabotics’ Co-Founder and Chief Executive Officer Scott Gravelle.

Typically, consumer goods and other products are stored in cardboard boxes stuffed with packaging to avoid being damaged, on racks in vast warehouses. Goods are transported around the facility by conveyor systems, forklifts, or hand.

The automated Attabotics system, by contrast, consists of a compact, vertical structure containing aluminum racking, robots, and storage bins. Goods are picked, sorted, and placed using computer-controlled robotics. The system’s modular design makes it highly flexible. “We can build a solution with a million bins and one robot, or we can build a solution with ten thousand bins and two hundred robots,” says Gravelle.

Thanks to its compact scale, the system can reduce a client’s warehouse footprint by eighty-five percent. This, combined with its speed and efficiency, makes it highly cost-effective.

The system offers a green alternative to traditional parcel distribution. “Our technology never uses a conveyor-based sortation system, so we never have to put your order into a cardboard box. We can get it delivered to you using the gig economy.” A multi-nodal supply chain based on the company’s model would eliminate the need for excessive packaging while reducing transportation costs, he adds.

This very young firm was incorporated in December 2015. It has offices in Calgary, Los Angeles, and is setting up branches in San Francisco and Toronto.

At present, large retailers represent the biggest market, though that might be changing. “We’re getting a lot of interest. Everything from pharmaceutical to automotive and aerospace manufacturing, industrial part supplies, medical supplies,” says Gravelle.

As a vertically-integrated company, Attabotics does most of its own manufacturing and machining, apart from some injection moulding work and a few other tasks.

Gravelle approached Kiva Systems with a query about using the firm’s mobile robotic platform for a manufacturing line. He was rebuffed, but the encounter got him thinking. He realized that most automated order fulfillment solutions, while a step above old-fashioned warehousing methods, were still based on “a human-centric environment.”

Humans “are a 2D species. We walk on the ground, drive on the ground. In order to access goods, we’ve always needed rows and aisles. Think of a grocery store or Home Depot,” he says.

Gravelle wondered what it would be like to create a robot-centric warehouse system. Robots would handle picking, sorting, and storing duties, allowing humans to do more creative tasks.

These thoughts were matched by an insight from the natural world. He watched a documentary in which the famous biologist Walter Tschinkel poured molten aluminum down ant colonies. Once hardened, the aluminum was removed, revealing very intricate casts of the inside of ant nests. These nests tended to be vertical in nature, Gravelle noticed. “I had an ‘Ah, ha!’ moment. I saw that ants access their goods vertically, while humans access them horizontally,” he recalls.

He began tinkering and experimenting, looking into a “new unique distribution of goods that was ideally suited towards vertical access of the goods, not horizontal.” Others got involved, and a firm was established. Gravelle was one of four co-founders, two of whom are no longer with the company.

Things moved quickly. When the fledgling company moved into its current office a couple of years ago, there were forty-four people on staff. Last year, at this time, that figure had grown to nearly one hundred personnel. Currently, it employs over two hundred people and is growing.

“We have an incredible group of really talented engineers, many of whom came out of the energy industry,” says Gravelle. In addition to talent, he likes new hires who are intelligent, passionate and responsible. He makes it clear that when the company was in its embryonic stage, the founders had more than just technology in mind.

“Sure, we wanted to build robots, but it was important to also build the kind of company we always wanted to work at. [This meant], treat everyone like an adult but then expect them to act like one. We have high expectations of people, but we don’t micro-manage them. We don’t have time clocks. People can create the flexibility they need in their work lives. We have a very high-performance culture of incredibly accountable people that are driving very hard to continue to move things forward,” he states.

Potential suppliers have to be “willing and open to working with us. Finding a supplier that moves as quickly as us has proven to be the biggest challenge,” he says.

While very much focused on its current automated system, there are plans to eventually introduce additional products and services. “We are building out a roadmap of technology based off our core technology. If you think about our solution as a big physical database, we’re developing lots of different input and output devices to optimize workflows and efficiencies in modern commerce fulfillment. The [research and development] team is moving very quickly on those projects,” he says.

Gravelle was recently named an Ernst & Young (EY) entrepreneur of the year for 2019 as the Prairies region finalist in the emerging category. He is grateful to have been so honoured but is quick to share credit for the nomination. “I work with the most talented group of motivated, passionate people. I am humbled that the team has been recognized.” Gravelle has also spoken about supply chains and the future of e-commerce at NRFTech and TED, and will be at NRF 2020.

This cutting-edge company only put up a website a few months ago. “We’ve been fortunate enough that the right people have been talking about us at the right cocktail parties. We haven’t pursued any big marketing campaigns. We’ve been very busy over the last two years doing direct customer engagement. We haven’t pursued a tradeshow. We’re lucky that we get to talk to change-makers and visionaries and get to show them our potential and do projects together,” states Gravelle.

He describes time as the biggest challenge now facing Attabotics. “The world needs a [supply chain] solution today. We’re trying to get as much done as quickly as possible so we can start offering the solution to a broader market. We’re grateful to have some forward-thinking change-makers in industry engage with us.”

He dismisses notions that robots will take work away from people. If anything, the advent of robotic systems will improve workers’ lives, he says. “Most people think robotics eliminates jobs, but the biggest challenge the market has right now is that they can’t find enough people to do these jobs. So, we’re trying to peel away the drudgery and allow the automation system to do that and leave people doing the most human jobs possible.”

As for the future, he anticipates moving away from single-site installations and doing multi-site work. “We just recently sold some pretty significant contracts to some significant players. Now that we’ve demonstrated the true value proposition of our technology, companies are starting to make investments in us, not for single sites but supply chain networks. As we move into 2020, it’s super-exciting. We’re now no longer looking at just individual installations but starting to do regional installations of supply chain networks that are optimized for modern commerce for our customers.” 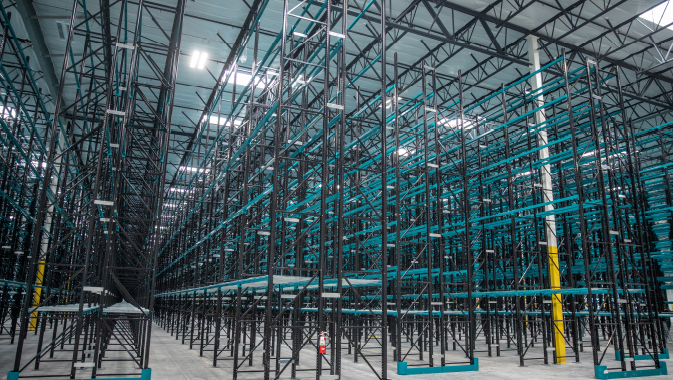 From Dream to Reality - The Rise of United Material Handling, Inc.