How a Small Railway City Redefined Itself

City of St. Thomas, ON 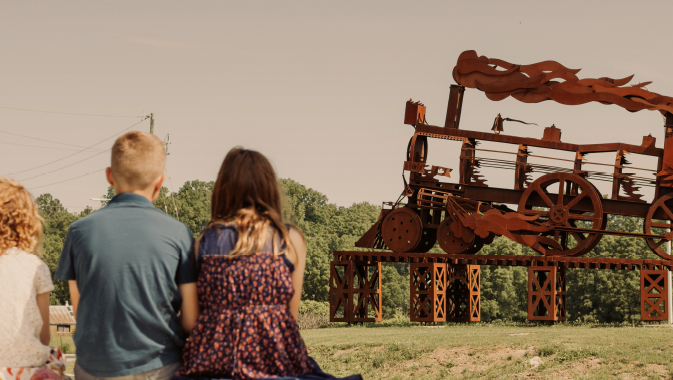 This is the story of how a simple hashtag campaign on social media brought a community together and moved it forward to bluer skies. The #stthomasproud campaign launched in 2015 to rally pride in a small Ontario city that was hard hit by the Great Recession. It took hold with the locals who carried it on – and you still see people around town wearing t-shirts with the slogan.

St. Thomas, Ontario started as a railway town located about two hours from Detroit, and made a name for itself in the auto industry. Manufacturers were drawn to its location, lower costs and lifestyle – the quiet and friendliness of knowing your neighbours.

“It’s commute time, it’s time with family, it’s time for yourself,” says Sean Dyke, CEO of the St. Thomas Economic Development Corporation. He’s lived in St. Thomas for 15 years, raising three children and seeing them take full advantage of community sports and activities. “Costs are lower here and the pace is a little slower, and those are things that people are looking for when raising a family. Kids can be kids here and you may not always get that in a big city.”

While St. Thomas truly is an idyllic city for families, it has also had to overcome challenges. The economic downturn in 2008 brought job loss and a lot of negative attention. Morale plunged as well, and the need to rebuild community pride became an imperative for Dyke and his team who are responsible for economic development and tourism.

“For decades, we had Ford and Sterling Truck assembly plants, which were big employers for St. Thomas, so we were heavy into the auto industry,” Dyke says. “But in 2008, that all changed and things went downhill really fast. We lost both of those large employers, then some mid-sized and some small ones. And the employers that we did keep had to lay off a number of employees. So, we actually lost about 5,000 jobs almost overnight here.”

Even as the economy improved and the jobs started coming back, Dyke says residents’ attitudes toward the city didn’t seem to rebound. The media commentary, both local and widespread, portrayed the city as if it was still beaten down by the recession. “We took full responsibility in that we didn’t market ourselves to our own community,” Dyke says. And that’s how the St. Thomas Proud campaign came about, with the need to boost public confidence and pride.

The simple, low-cost marketing initiative grew into a real grassroots movement where people took it on and used it in social media to the point where it was inseparable from the improved economy as a whole. Dyke’s office distributed swag and t-shirts for people and businesses for casual Friday attire. The campaign even won top honours in 2015 from the Economic Developers Council of Ontario, including the Lieutenant Governor’s Award for Marketing Excellence and both national and international awards for marketing and online community outreach.

Accolades aside, the true payoff has been the incredibly positive impact on the city and its residents.

“When I go to the grocery store and see people wearing the t-shirts that say ‘St. Thomas Proud’ on them, it’s a real sense of pride for me, too,” Dyke says. “And we really didn’t spend a lot of money on it; we just put it out there. We came up with the slogan out of a team meeting and ran with it. For any online campaign to last for five years in this day and age is a big thing.”

Indeed, it’s the simple things that can make the biggest difference. St. Thomas has also rebooted its economy with programs to make it easier and faster for new businesses to set up shop and established businesses to grow. Compared with urban centers, red tape is at a minimum when it comes to building and other permits. And Dyke’s office works closely with the city council and building and planning departments to help people navigate the system.

The city, for example, has companies that purchased property in August. They received their building permit in less than five days, started construction right away and their business was open in January – and that’s for buildings of 100,000 square feet.

“It’s almost unheard of having 100 employees working in a building less than five months after buying a property that was just greenfield land. Having the right team in place and the right builder also goes a long way,” Dyke says.

His office is now working to help establish local apprenticeship and training programs to produce skilled and semi-skilled labour for those incoming businesses. With the skills shortage looming across North America, promoting trades is definitely on the city’s agenda. A ‘Meet the Makers’ initiative, led by the local Chamber of Commerce, has industries showcase what they do and some of the jobs available to students in high school and elementary schools. “I’m still concerned about the future and getting youth interested in industry,” says Dyke. “On the local level, what we can do is expose younger people to the trades.”

Another program called Top Gear was born out of a marketing campaign started 10 years ago to promote St. Thomas as the home of the new industrial revolution – not just an auto sector community – which has brought growth in new sectors like food processing, clean technology and sustainable manufacturing.

Without a doubt, St. Thomas is back on the map. The Ontario government is supporting the forestry industry in the province, helping to grow employment and promoting the use of renewable resources. It’s investing almost $5 million in an investment in St. Thomas, with Ontario’s first cross-laminated timber plant, as Element5 has chosen the city as its designated headquarters. This move will create more than 60 jobs and represents an investment of about $50 million – and that’s just out of the gate when it’s up and running in 2020.

The city has also enjoyed an infusion of culture, local foods and the arts. After all, “one of the best ways to spur economic development is to have people stop in and visit,” Dyke says of attracting people with culinary tours, festivals and outdoor recreation.

Street murals are also in the works as part of the downtown revitalization. The city hosted a barista competition this September, attracting competitors from across Ontario. And St. Thomas is now the first community in Canada to have an elevated park like the High Line in New York City, turning a railway bridge into a park trail, which ties in nicely with the city’s railway heritage and provides an incredible link to the Great Trail.

As Dyke sees it, “The city has come back with a raging fire in its belly. It’s really amazing to see what happened here. It was a ghost town in some parts of the industrial area and now virtually every building is full.”

It’s a testament to hard work and true community pride. “Our mission is a very simple one: to improve the quality of life for the people of St. Thomas. How we do that is up to us.” 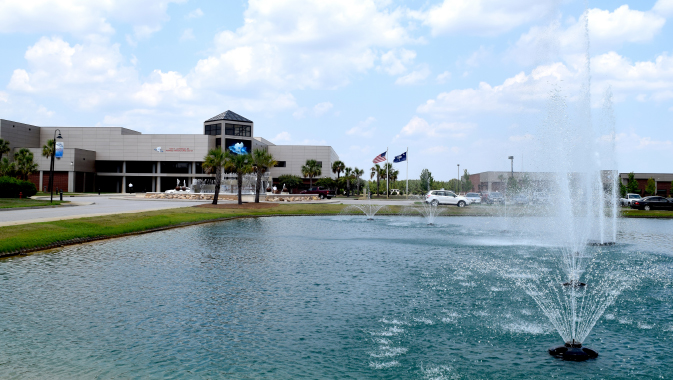 How a Small Railway City Redefined Itself