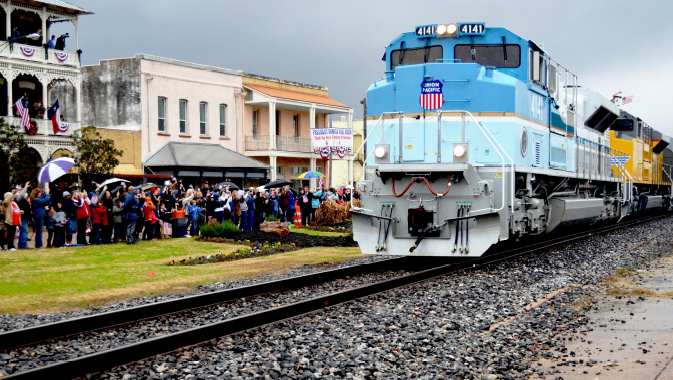 A wealth of available land, a business park within city limits, a prime location close to Dallas-Fort Worth, Austin, San Antonio and Houston, as well as airports, interstates, and universities – these are just a few reasons for Navasota’s popularity as a place to grow a business.

Rich in culture and tradition, the history of Navasota, Texas goes back almost 200 years, when it was founded as a stagecoach stop. Originally called Nolansville, the name was changed to Navasota in 1858, likely from nabatoto, a native word for ‘muddy water.’

Known for a number of industries over the years – many of them related to oil and gas – Navasota is also home to well-known steel mills manufacturing parts and products for giants like heavy machinery-maker Caterpillar Inc., and aviation company Boeing.

As well as being home to long-term manufacturers involved in valves and parts for railroad companies, Navasota is the headquarters, showroom, and manufacturing base for ErgoGenesis Workplace Solutions, LLC. Producing top-quality ergonomically friendly office furniture including chairs, stools and keyboard trays, ErgoGenesis is proud to have called Navasota home for decades.

Small but well-connected
Close to Interstates, airports, and with 15 universities within a 50 mile radius, Navasota is a city investing in both the future and its own history, in the form of its historic downtown, popular with locals and visitors alike for its many shops, restaurants, quaint antique stores, and coffee houses.

Easily accessible, and far more affordable than Austin or Dallas-Fort Worth, the City of Navasota offers an unhurried pace of life, access to skilled workers, and more. “Many industries choose us because of our proximity and availability of land,” says Brad Stafford, City Manager of Navasota for almost 14 years.

“We have a very good location. It is easy to get to and from multiple cities from Navasota. We’re an hour from Houston and the Port of Houston. It’s an easy trip to get to Austin and San Antonio, and major highways are really close by. And our cost of land and overall cost of doing business here is attracting a lot of people.”

Charged with economic development is the Navasota Economic Development Corporation (NEDC) with its seven-member board.

Birth of the NEDC
The NEDC was created in December 1994. Before its formation, a group of local business people pooled their money, creating an industrial park in the city. Approaching the City to find a way to generate more interest and revenue for marketing, the NEDC was born, buoyed by Texas state law allowing municipalities to adopt a 2½ cent sales tax for economic development.

Bruce Stafford and economic development specialist Jonathan Sosebee – who serves as city representative on the board – spearhead the NEDC. The board is diverse, including members from general business, real estate, and banking; an electrical tradesman; and the owner of a tutoring company. Navasota Mayor Bert Miller, who is both an agent at The Miller Insurance Agency and Owner of Classic Rock Coffee Co. & Kitchen, serves on the Board. With members appointed by City Council, the Board and Commission are two-year, staggered term positions.

Working with City Manager Stafford – who is responsible for oversight of NEDC day-to-day operations and staff – economic development specialist Sosebee is passionate about promoting Navasota and everything that the city can offer business. Taking up his position in January and going full-time in May, Sosebee was previously a graduate of renowned Texas A&M University and an intern.

Today, his primary roles include recruiting and retaining business, strengthening the sales-tax base, putting the NEDC in contact with businesses that are candidates for relocation, being on hand to answer questions, and helping familiarize businesses with the workings of local government.

Attending trade shows (such as Retail Live! in Austin), Sosebee constantly approaches businesses to assess if they would be a good match for Navasota, and to establish relationships and open discussions. Working with the NEDC Board and Secretary, he also writes up meeting agendas, and facilitates the business improvement grant to help small businesses improve their facades and property, and obtain marketing assistance.

Open to retail
Home to major employers including Trinity Industries Inc., Texas Pipe Works, Navasota Industrial Supply, Hughes Fabrication, Evolution Building Systems, Forged Components, CIG Logistics and others, the City, together with NEDC, is listening to requests from residents for the introduction of various types of retail, including options for shopping, groceries and additional restaurants.

“We are actively recruiting any and all types of retail,” says Sosebee, “and we have space in our industry park. One of the biggest areas we want to recruit to – other than our retail side – is the Navasota Business Park.”

With Navasota already the home of Heat Transfer Research, Inc. (HTRI), the NEDC wants to see more businesses of this kind come to the area, particular those involved in research and development. Close to major universities such as Texas A&M, Prairie View A&M, and Sam Houston State University in Huntsville, the area is poised to readily utilize graduates, especially engineering students out of Texas A&M, “which would benefit us tremendously if we get some of those research and development companies in that park,” according to Sosebee.

Downtown on the up
With much of the unique main downtown filling up fast, the City and NEDC are actively promoting other areas to businesses wishing to call Navasota home. With a focus on business attraction and retention, the City’s commitment to downtown has seen significant public asset improvements to streets, sidewalks, and municipal buildings. This year’s budget will include completing several more blocks of sidewalks, and amenities including planter boxes and tree wells.

“Our downtown has experienced a great rebirth over the last 10 years,” says Stafford. “We’ve seen a lot of our buildings purchased by new owners, remodeled, and new businesses coming in. We’ve got some really exciting businesses set to open up in the next six months, and revitalizing an old hotel in our downtown that will be back in service.” Maintaining its vintage charm, the downtown recently welcomed the opening of an old-fashioned barber shop, and is seeing buildings undergoing renovation and transformation into restaurants and boutiques.

To further enhance the downtown, there will be additional street furniture and a new parking lot right across from the area, with improved drainage to prevent flooding. “There will be quite a few spots, and it will definitely benefit a lot of businesses, especially newer ones like the hotel and restaurants,” says Sosebee.

“It is practically right across the street from them, and they will see a direct benefit from that. The NEDC is a big supporter of downtown, and a business improvement grant for the last few years has helped out businesses in downtown. It’s all a big combination. The Economic Development Corporation and the City have worked very closely for over 20 years to really improve not only the downtown, but the business community, to attract more businesses, and make us attractive to visitors as well.”

The Blues Capital
Named The Blues Capital of Texas in 2005 after Navasota native, late blues-musician Mance Lipscomb, the area is popular with music-lovers from around the world. With a summer concert series, a big Texas birthday bash, and an annual country music event held every March, Navasota is embracing its musical roots.

Home to a thriving arts culture, Navasota remains unique for a modest-sized city with a population of about 8,000. “It’s pretty rare for a city – of our size, especially – to have so much art in the community and the music scene,” says Stafford. “We’ve got a pretty neat culture here that attracts folks. We have live theater in our city, as well, that attracts people from Houston and other markets. So we have a variety of things that bring people to our hotels and restaurants.”

Willing and able to work with interested businesses, Navasota continues to make multi-million-dollar investments in numerous projects, including downtown, the new parking lot, drainage improvements, and others.

“We are business-friendly, and work with everybody to try to improve the city,” says Sosebee. “Whenever a new business comes to town, we want them to know we are open to helping them in any way possible for us, as long as they are willing to work with us and contribute to the quality of life that we have here,” he shares. 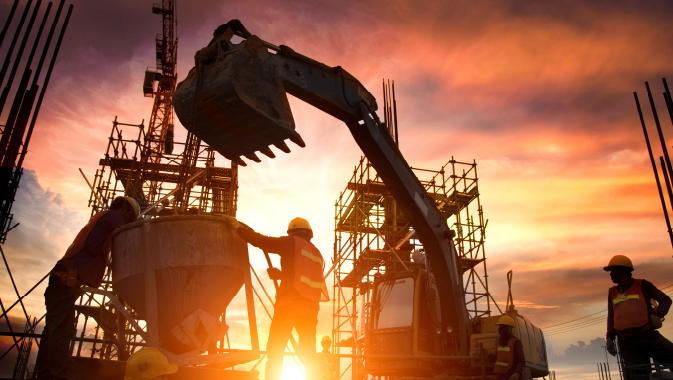