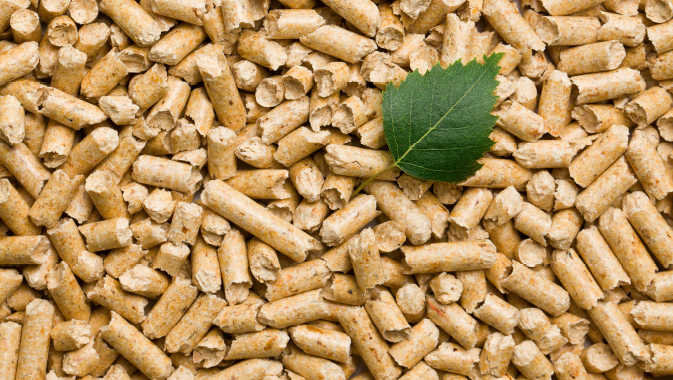 BioPower Sustainable Energy Corporation is a Canadian supplier of wood pellet fuel for residential and commercial applications. Located in Atikokan, Ontario, the company is perfectly situated to serve both the Canadian and United States markets. With raw material sourced almost entirely from sustainably managed Canadian boreal forests and converted into a clean burning carbon-neutral biofuel, BioPower SEC is helping to create a more sustainable future.

In 2013, an American wood fibre processing company called Rentech, Inc. acquired two facilities in Northern Ontario. It purchased a strand processing mill in Wawa and a particle board processing mill in Atikokan and converted them both into pellet processing plants. At the time, the wood pellet fuel industry was growing rapidly and Rentech was investing heavily into that market.

By 2017, after four years in operation, Rentech had a change of heart. It decided to close the Wawa plant, citing trouble with equipment and an uncertain future for the wood pellets market. The Atikokan plant remained open but its production was reduced substantially, generating only as much as was required to fulfill existing contracts. Finally, Rentech put the facility up for sale. The uncertainty of whether or not the Atikokan plant would close weighed heavy on the Northern Ontario community.

Mark Guillemette is the founder, owner, and CEO of Chapleau, Ontario-based forestry contractor True North Timber (TNT). Having operated sustainable woodland projects in Northern Ontario for more than 15 years, Guillemette recognized an opportunity in the Atikokan plant. The operation came complete with seven years remaining on a ten-year contract with Ontario Power Generation’s Atikokan generating facility, which runs entirely on wood pellet fuel. This meant that the operation could sustain itself until more customers came on board.

But this was not the only factor in Guillemette’s decision to acquire the plant. He believed that wood pellet biofuel had growth potential in Ontario, that it would be a perfect complement to TNT and a valuable asset to Northern Ontario.

Guillemette purchased the plant from Rentech in December of 2017, and BioPower Sustainable Energy Corporation was formed. The plant now employs 25 people and produces 45,000 tonnes of wood pellets per year. According to Canadian Biomass Magazine, demand for wood pellets increased 20 percent in 2018 and is expected to continue to increase going forward. Guillemette foresaw a bright future for wood pellet biofuel in Canada, and he was right.

Due to regulations that are in place in Canada, wood pellet fuel is made from waste byproducts like sawdust, planer shavings, and tree bark that would otherwise end up in landfills. These, along with diseased trees, trees that have been destroyed by insect infestations, and other types of logging waste, are collected and converted into a clean, carbon-neutral fuel source. Further, the byproducts used by BioPower SEC are sourced entirely from sustainably managed Canadian boreal forests. The company provides both residential and commercial grade pellets that are burned in highly efficient, modern stoves, boilers, and furnaces across Canada. Homes, schools, hospitals, and a wide range of other facilities are generating heat and energy at a far lower cost and with far fewer emissions than traditional oil, gas, or electrical appliances.

Further, wood pellet biofuel could even serve to replace major energy production fuels like coal in a cost-effective way. Existing coal plants can be repurposed to use wood pellet fuel instead, which could significantly reduce air pollution and carbon emissions. Wood pellets release 90 percent fewer greenhouse gases than coal and 50 percent less than natural gas, and the modifications needed for existing plants to use wood pellets are often very minor and inexpensive. As Canada continues to work toward its carbon emission reduction goals, wood pellet fuel will play a big part in achieving them.

As a company that depends on the sustainability of Canadian forests, BioPower SEC is committed to providing a product that is both sustainable and affordable to help customers transition to a clean source of energy and a smaller carbon footprint. It has established itself throughout Canada and beyond as a reliable supplier of a high quality product sourced entirely from sustainably managed raw materials.

According to the Wood Pellet Association of Canada’s website, Canada’s logging regulations have kept the forestry industry operating in a highly sustainable way. A quote from the organization’s website reads, “In fact, over the past decade or more, Canada’s harvest levels have been consistently and significantly below the AAC [allowable annual cut], or government set level. The annual harvest in the last ten years has affected less than 0.3 percent of all forest areas, according to Natural Resources Canada. According to the National Forestry Database’s 2014 findings, of the 227 million cubic metres of wood (hardwood and softwood) supply available in the country, only 148 million cubic metres was actually harvested.”

The raw materials used by the company are sourced primarily from forests in the Great Lakes region of Ontario. By localizing its supply chain, the company reduces both the financial overhead and the carbon output associated with acquiring those materials.

Because of its central location, the company is perfectly positioned to access both national and international markets. For Canadian distribution, it has access to the Canadian National Rail line, and for shipping to the United States the Atikokan facility is serviced by an international shipping port. As the biofuel market continues to grow, BioPower SEC’s location will serve as a key competitive advantage in terms of delivery times and logistics costs.

Due to the wide range of raw materials used in the production of pellet fuel, the quality of the pellets produced can vary. In order to prevent low quality pellets from ever being shipped to customers, BioPower SEC makes use of an independent third party laboratory to sample and test its products on a weekly, quarterly, and annual basis. This testing demonstrates the quality of the pellets the company produces, and the consistency with which it has been able to produce them. By incorporating outside testing, BioPower SEC gives its customers peace of mind and confidence in the products that they are buying.

In 2015, Canada, alongside all other United Nations member states, committed to 17 sustainable development goals to achieve by 2030. As Canada works to achieve these goals, BioPower SEC is providing a high quality, clean, and green fuel source to help its customers transition to a more sustainable source of heat and energy.