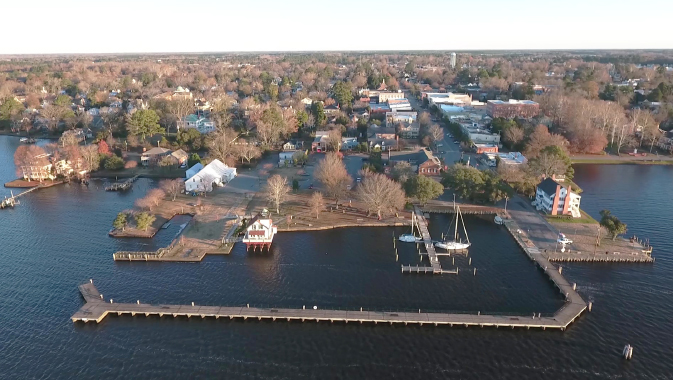 When you are named “One of America’s Prettiest Towns” by Forbes magazine, you know you have something special.

Located on a quiet bay, on the banks of the Albemarle Sound in the eastern part of North Carolina, Edenton in Chowan County really does have a lot of those quality of life advantages that so many people are looking for.

Edenton, the county’s main center, has seen its share of history, having been established for more than 300 years. The town has been through both the revolutionary and civil wars, and has three national historic landmarks. In fact, the town was the site of one earliest political actions led by women. Back in 1774, Penelope Barker and 50 of her friends signed a petition to boycott British goods which became known as the Edenton Tea Party. The town was the first colonial capital of North Carolina and you can find a plethora of distinct historic homes and architecture spanning the town’s proud history.

“We show our age with a lot of pride and keep it beautiful. There are seasonal activities throughout the year coupled with fine accommodations, independent restaurants and boutique shopping,” says Mallory Denham, Executive Director of Edenton-Chowan Partnership, which focuses on local economic development.

“I’ve been here for two years and the number one thing is the people,” he says. “They are extremely outgoing and friendly. I’ve felt part of the community day one.”

But, all this is not to say that the town is stuck in the past. There are many new developments and expanding businesses that range from growing sage and peanuts to yacht-building.

His role as a director of economic development for the small county is a natural fit for Denham, having grown up in a similarly small and historic town of Maysville, Kentucky, 60 miles east of Cincinnati on the Ohio River. Denham started in economic development in Kentucky and worked for state Governor Steve Beshear. “By the time he served both terms I was looking for a job. One of my supervisors sent me a listing on Edenton, knowing I had a background in economic development, and I showed up here. Life is good.” It’s been a great fit and Denham appreciates both the wonderful history and the potential for growth.

Outside of the town of Edenton, the countryside is a mix of forests and farms that is ideal for both outdoor enthusiasts and people looking to escape to a simpler lifestyle and a relaxed pace. And because it is located on the inner banks of North Carolina, there is easy access to water activities, including a portion of an old highway that has been converted into a fishing pier.

Edenton-Chowan also has the advantage of being located about midway between Norfolk, Virginia and Greenville, North Carolina, which makes it an easy commute for people who have city jobs but don’t necessarily want the city life.

While the countryside is beautiful and the town clearly holds appeal for tourists, Denham and the Edenton-Chowan Partnership face the same challenges that many small counties face – attracting and growing new business for the local economy while keeping the area’s history and that easy-going southern charm intact.

“We are at the halfway point on the east coast so we have been able to attract people from both ends of the coast. And we have a lot of knowledge,” says Denham. “The partnership has been at work during the past couple of years to establish a brain trust of retired CEOs and senior business mangers that local business owners and entrepreneurs can tap into to grow businesses.”

This partnership also played a role in creating 225 jobs over the last two years by helping manufacturing companies to expand. One of the notable projects is Regulator Marine, a boat company undergoing a 40,000-square-foot expansion and adding more jobs to boost the local economy. Another success is Jimbo’s Jumbos Peanut Co. which actually expanded twice, the first being a 70,000-square-foot expansion in 2015 and the current one, an addition of 40,000 feet. Colony Tire has just finished a 105,000 square-foot build and is in the process of adding another 100,000 square foot building. These expansions will also add up to 125 jobs when completed.

But it is not just about expanding the size of existing operations in the area; it is about diversifying the businesses throughout the county. Take sage for an example, which, in addition to cotton and peanuts, is one of the main crops grown in the county. While the first thing you might think about is the seasoning in the kitchen, sage has another important use.

“The sage we raise here is used to produce a resin for perfume and self-care products to keep these on skin. We are about the only place in the world that does that,” explains Denham. And given the county’s temperate climate, the land is actually ideally suited to grow just about any crop, so there is a lot of untouched potential for agricultural development.

There has also been the recent addition of high-tech boat-builder, Daedalus Yachts. This start-up is applying the latest in self-sufficient technologies that apply the use of electric propulsion, lithium batteries, solar power and hydrogen systems to promote zero emission sailing.

“The gentleman had a dream and we put together a package for one of our old buildings and got him a North Carolina grant through the building reuse program to help him get the building where it needed to be for him,” Denham says.

And while it’s nice to have new businesses in the community, it’s not enough to simply sit back and wait for more to come. To continue attracting new and different enterprises, Edenton-Chowan Partnership has been promoting skill development for the area’s youth to build up an available workforce for potential businesses. The workforce skills initiative has partnered with the high school and the local College of the Albemarle to develop the skills that extend past the soft skills “to make the employees ready and employable,” Denham says. “Our latest endeavor is coming up with posters of people who have gone to work in the factories locally, showing some of the youth who stayed here and are making a good living instead of leaving the area. It’s a pretty neat concept.”

One major change coming to the area is the development of Interstate 87. This project is a $1 billion highway that will connect Norfolk to Raleigh. It will also run right through Edenton-Chowan. While there have been no official economic studies conducted at this point, the potential for increased ease of travel and more commercial activity throughout the area seems like a sure bet.

The hope, of course, is that businesses will take advantage of Edenton being located at the unofficial halfway point and want to set up business here. As Denham puts it, “Interstate 87 is going to change the whole area of northeast North Carolina. We are also seeing educational opportunities as the manufacturing base is expanding. You gain a little bit here, you gain a little bit there, and then you look back we have made some major strides.” 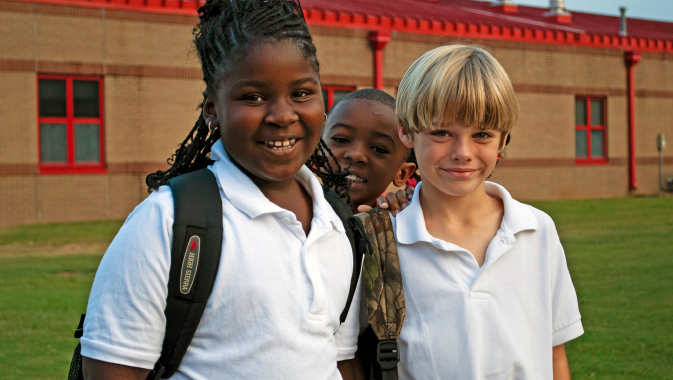