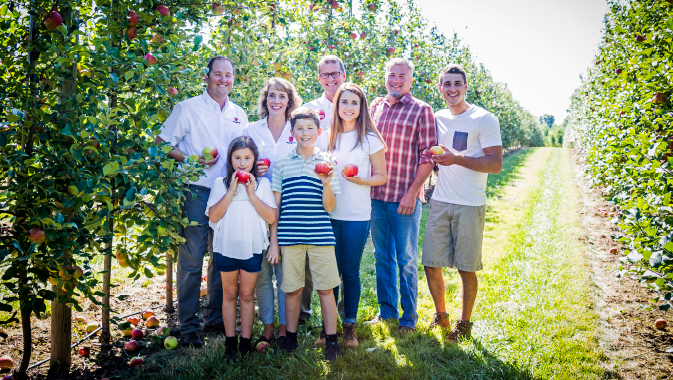 United Apple of western New York State handles, markets and distributes apples and other fresh fruits worldwide, and with its sources does so for 12 months a year. Why does this company succeed where others fail? Because it’s so strongly focused on its growers.

“We know that it’s very important to make the most out of whatever growers bring us in their bins and get them the best return possible so that they can continue to make their farms better and take better care of their help. How well the farmer does depends heavily on how well United Apple does with packing and shipping their fruit,” says Brett Baker, United Apple’s Sales Director.

With headquarters in western New York State, United Apple has approximately 20 growers who provide it with fruit and trust it to store, package, and sell their product to the best markets worldwide. Delivering fruit as locally as possible is a goal for United Apple, although over the last 15 years it has begun to use some international imports to put itself in a better position to serve its everyday customers every day of the year. When product from the New York farmers runs out, United Apple transitions to offering Chilean and New Zealand fruit.

United Apple is owned by H.H. Dobbins, Inc. H.H. Dobbins has had a family owned farm in Lockport, NY, since 1905 and began marketing fruit in 1920. Over the years, it brought other businesses under its umbrella, and in 2003 acquired United Apple, which had been founded in 1974.

Encouraging results
During the harvesting season, United Apple employs up to 135 people. The owner of the company, Ward Dobbins, is known as someone who encourages his employees to take ownership and control of projects, creating a comfortable working environment. High quality results are certainly expected, however, there is a general hands-off approach free from micro-management.

The company also believes in promoting growth from within, with the laudable result of a number of its employees in the packing house and the orchards having been with the company for over ten years, beginning at entry level and moving up to managerial level.

More evidence of the United Apple style of management is a seasonal sharing of profits with the employees. The end-of-year bonus is prorated based on the profitability of the packing house in that year, effective motivation to keep improving the operation. United Apple is also proud of its diverse workforce, with many women and minorities in management positions.

Growth and challenges
United Apple has experienced growth in sales of between five and seven percent annually over the last five years, and in its drive to become a national apple brand, it recently opened a new office in Yakama, Washington. However, it expects the current trend of labor-pool challenges to continue and that it will be hard work keeping up the growth while fighting to find the people to staff the packing houses and orchards. “Even though we’re having these great opportunities, it’s quite difficult to achieve it with the struggles that we have [finding] our labor force,” Baker says.

Another challenge for United Apple and its suppliers is the ever-changing taste buds of consumers. Growers for United Apple regularly invest in new orchards and varieties, although the number of varieties and flavor profiles can encourage customers to move on to new products rather quickly. The company constantly monitors which products create the most interest, communicating this information to its growers, and so putting them in the best position to be successful. This can be challenging because no grower is happy to hear that their previous investment has been sidelined by changing market preferences.

United Apple is in a unique position between the farm and the end consumer. “We have a great appreciation for our customers and our growers that supply us with the fruit,” Baker says. “We have to look ourselves in the mirror every day and be sure that we’re not taking either side for granted, and we’re very proud that we don’t.” It is necessary to make choices that are not only beneficial to both sides of the operation, but be seen to be doing so.

Honest and open
In this balancing operation, United Apple finds that an honest and open approach is the best solution. “We are always trying to think in the long term, not only what is best for today but what is best in the long term for our growers and our customers,” Baker says, and United Apple seems to be treading the right line. Many of the company’s repeat customers have been coming back for more for as long as 30 years.

Today, through global sourcing, United Apple can provide its customers with apples every day of the year, and it is also in the process of increasing its offering of cherries, with suppliers from western New York State as well as the southern hemisphere.

Growers often choose to partner with United Apple because, with its own farm products, it readily relates to the constant challenges with each year’s crop – the struggle to find labor and the changing regulations about what substances are allowed for crop protection. “We understand the challenges of growing a crop, and we understand the economic environment of growing a crop. So we certainly feel that we’re different than a lot of our competitors that only receive fruit from other growers, because we’re growers too, and we’re fighting that fight too,” says Baker.

Investing and improving
United Apple is a technologically advanced company that is always looking at new ways to invest and improve. This year is its third season with the new Compac packing line, but the packing team is still enthusiastic about the advanced sorting capabilities it brings.

Another strength is matching the correct range of fruit to the appropriate United Apple customer. Not every apple in the bin is a perfect apple and the company does a thorough job of finding suitable customers for every different level of apple quality it receives. Baker explains: “There are different grades and qualities and we don’t only take the top quality, we take the whole bin. We get it sorted and whatever that product is we get it to the best paying customer for that grower.”

This is a system that both minimizes waste and maximizes the return for the grower. One of the companies under the H.H. Dobbins umbrella is Thruway Produce, which takes the fruit that is not destined for the retail market and sells it to customers that can utilize them – such as baby food or applesauce companies.

Going local
“Because local matters” is the tagline featured on the United Apple website that re-launches later this year. With the development of its second office in Yakama, Washington, three years ago, the company is proud that it can offer more locally-sourced products to people on the West Coast. “We think that local is so important that we should have two different sales offices that can offer you what’s most local to you,” Baker says. “We’re trying to make sure that we offer everybody what is local and what is best for them in their environment.”

The company takes pride in supporting local communities wherever it is located: in Lyndonville, New York, where it has its headquarters; in Lockport, New York, home of the original H.H. Dobbins farm; and now in Yakama, Washington. All are places where it feels responsible for helping create healthy and happy communities, and it regularly donates to local theaters, ice rinks, libraries, and also to Fourth of July fireworks and parades.

Pride in its product
Within the fruit industry, the apple market sector is thriving and offers great opportunities that many do not consider, including positions in IT, production, and management. “I’m really excited about what this year and the future can bring as far as being a national apple brand goes,” says Baker. “Our industry offers so many possibilities for people and it’s certainly something that you can always be proud of. You can always be proud of growing apples, one of the healthiest foods in the world.”

The short term goal at United Apple is to continue its growth trend and expand it over the next three years to 15 or 20 percent annual growth. Long term, the owners’ wishes are very human – for the company’s longevity and, naturally, that their own children will someday ascend to its management. 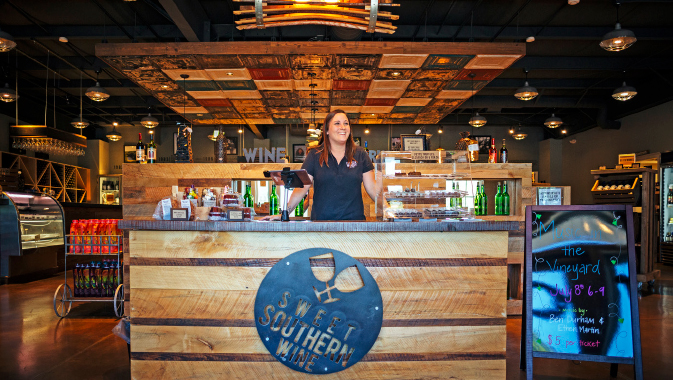