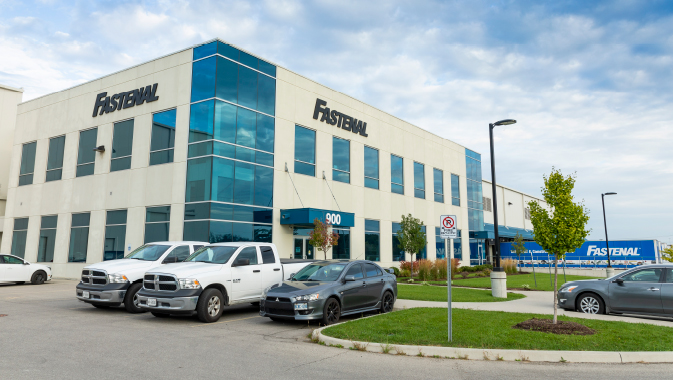 Over the last twenty-five years, more than 40,000 Canadian companies have come to rely on international distribution company Fastenal to supply all the fasteners, tools, and supplies they need to manufacture products, build structures, protect personnel, and maintain their facilities and equipment.

Fastenal Canada, headquartered in Kitchener, Ontario has 251 locations from coast-to-coast. Its roots go back to Winona, Minnesota, where fifty-two years ago, Bob Kierlin convinced four friends to invest in an idea he had conceived in the early 1950s as an eleven-year old, helping in his father’s auto supply shop. If cigarettes could be sold through vending machines, why not packages of fasteners?

Kierlin and his friends researched his plan, discovered there was little demand for fastener sizes that could be vended and decided instead to try a branch-based service model that would supply fasteners and nuts and bolts. Kierlin proposed Lightning Bolt as the company name, but his friends persuaded him that something indicative of their products’ ability to fasten all things worked better, and Fastenal was launched in 1967.

In 2008, Kierlin’s original vision to vend industrial supplies was realized with the launch of Fastenal’s FAST Solutions program. In the last eleven years, it has become the largest industrial vending program in the world, with over 100,000 machines installed worldwide, as Regional Solutions Sales Manager Jamie Gofton told us.

“The program is all about accessibility and control, and our company’s vending solutions upend the paradigm by making product both immediately available and fully secure and traceable at point of use,” he says.

For companies that use the machines, the result, he says, “is better productivity and less waste. Our vending customers typically reduce product consumption by twenty-five to thirty-five percent, increase productivity by shortening the distance employees need to travel for common supply needs, and reduce administrative costs through vendor consolidation and an automated replenishment process,” explains Gofton.

“Through our strategic supply programs, we offer solutions to maximize purchasing leverage and productivity while minimizing the total cost of ownership – ideally to the point where the only cost is the cost of the product itself.”

From its beginning in 1967, the company enjoyed extraordinary growth. According to Fastenal’s Central Canada Regional Vice President Erik McCluskey, at the end of 2018, Fastenal had a total of 3,121 locations in twenty-six countries, with 21,644 employees across the organization.

Fastenal’s Eastern Canada Regional Vice President Tony Murphy told us that, “Fastenal really started expanding in the U.S. after the public stock offering in 1987. At some point, international expansion started coming up in strategic conversations at our corporate office in Winona, Minnesota. While Canada and the U.S. are two very different countries, both economies do operate in somewhat similar fashions, and we share a border.”

As a result, Fastenal opened its first store outside the U.S. in 1994, in Stoney Creek, near Hamilton, Ontario, in the heart of Canada’s manufacturing industry, offering same day delivery to the door or free pick up from the store.

In a social media post on the occasion of Fastenal’s twenty-fifth anniversary in Canada, Murphy recalled how twenty-two years ago, he interviewed for a job with the company a few weeks before graduating from university. “The location was the nineteenth to open in Canada, but it was on a tight budget as the company was expanding and opening multiple locations. Twenty-two years later, lots has changed; Fastenal has established itself on the market; we are working out of much better facilities, and we now employ over 1,500 people in Canada.”

Waxing philosophical about the opportunities the company gave him for personal and professional growth, he said: “I made the right choice both for myself and eventually my family. In the spring of 1997, I interviewed for a job with Fastenal, but what I found was a career.”

McCluskey has a similar story to share. The Canadian business began, he recalls, as a two-store, five-person operation with three hundred customers. When he was hired in 1999, at the Sarnia, Ontario branch, there were fifty stores in operation. Today, there are 250+, partnering with 40,000 businesses annually.

In 2003, he told us, the company purchased a 60,000-square-foot building in Kitchener, Ontario, filled it with products and officially launched the first distribution centre outside the U.S. In 2014, a new, 140,000-square-foot head office and state-of-the-art distribution centre was constructed, also in Kitchener. A further 100,000 square feet are expected to be completed by the fall of 2020 to accommodate the needs of central and eastern Canada.

Additionally, he projects openings of over thirty onsite businesses in 2019, while “our online platform complements our traditional store model businesses by bringing us closer than ever to our customers/partners in the field, resulting in greater market penetration.”

Fastenal’s growth has been impressive, as it is now listed as a Fortune 1000 company. However, it is important to note why it grew, and that is its dedication to customer service.

“In Canada, all of our local branches have a standard product offering; in addition, they have the ability to procure inventory based on their customer’s needs,” Director of Supply Chain Dana Hanlon told us. “Our product mix consists of exclusive brands, branded partners, as well as manufactured items.”

She adds that, “Fastenal sources products globally, but we’re proud to say we work very closely with our Canadian-based vendors. Our key suppliers are true partners as we rely on them to deliver the most innovative products while offering our customers the most value-added service programs in the market.”

Sourcing Manager Andrew Ballantyne says, “We have a sourcing team based in Canada which has grown from a single person in 2008 to a team of eight today.” The team assists the company’s countrywide account sales force with requests for proposals (RFPs) and requests for quotations (RFQs) “for some of our largest current and prospective customers. We also work side-by-side with our sourcing team members based in the U.S. We are able to combine our skill sets and product knowledge to source anything from safety gloves to coffee makers.”

One of these efficiencies is the company’s automated storage and retrieval system (ASRS). The system, Scott says, “has doubled our pick rates from the old style of picking. The ASRS is a high-density storage area (355 feet long and 40 high) where the product is stored in plastic totes and retrieved upon request by unmanned cranes and conveyed to pickers, greatly cutting down on employee travel time. This also allows us to stock a lot more product in a smaller space. We can store up to 105,000 individual totes, being inducted or pulled by one of the five cranes.”

The system has a number of advantages, he explains. “By storing product in smaller units through the use of the tote system, we have much more control over inventory accuracy. This provides the higher level of service to our customers through confidence that if we show inventory on a product, the customer can be confident that we have it.”

The company is now adding a new picking system called pick-to-light with three times the pick rate than of the ASRS. “The cranes automatically stock an aisle with totes of our most commonly picked pre-packaged items in large quantities,” says Scott. “Although this is a manned area, we are able to pick at a high rate due to the demand of the product and how it’s packaged. There is also no scanning or labelling involved, while still maintaining quality control standards as top priority.”

Scott adds that, “All of the picked product is automatically conveyed to an auto sorter where the system pre-sorts by destination store, which cuts down on time and labour, allowing us to get more product out the door quicker and delivered to our customers.”

District Manager of Branch Development Darrell Cooper notes that many “things have changed over the years. More people. More trucks. More technology. But one thing has never changed,” he said, “and that is our ability to serve our customers better than anyone else. The next twenty-five years will be even more exciting than the last.” 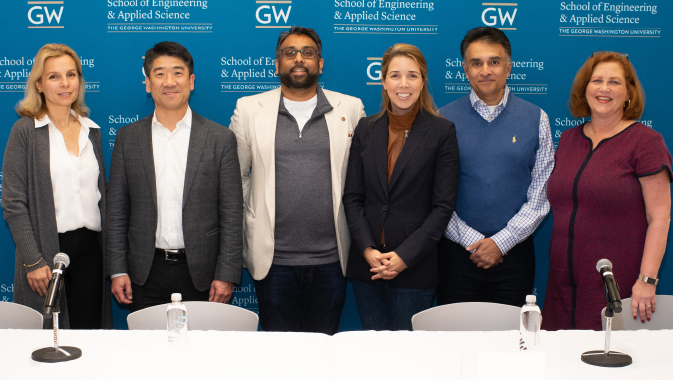 Navigating Change has Never Been This Easy