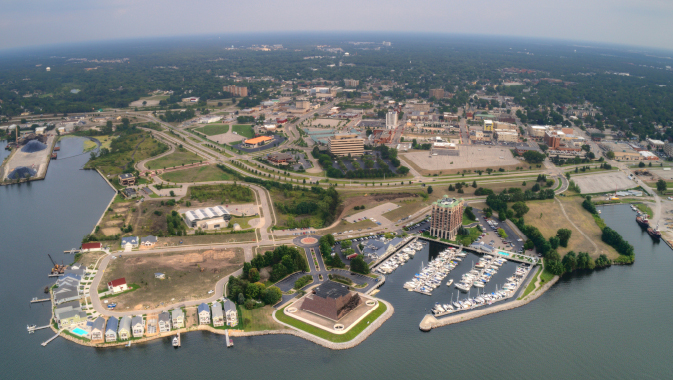 Along the pristine shores of Lakes Muskegon and Michigan lives a community with a fundamental understanding of economics and transformation. Here, the only lazybones around are the lakes, but, with their twinkling shimmer, even these freshwater havens contribute their fair share of economic drivers to the City of Muskegon, Michigan.

The largest of seven local municipalities and the administrative heart of Muskegon County, the city of Muskegon offers far more than just a pretty face. Thanks to its long history of business-savvy entrepreneurs combined with its particularly passionate economic development office, Muskegon is currently said to be one of the most investment-friendly cities in the country.

With a long history of financial prosperity, it was once lauded as the world’s lumber queen and was the source of most of the timber used to rebuild Chicago after its devastating fires of 1871. The dynamic city of Muskegon was named after the Ottawa Indian word for its ample, yet marshy water sources. This powerful resource secured enormous wealth for the entire region, creating more millionaires than anywhere else in the country during the height of its timber trade.

Spurring its modern-day success is the city’s economic development team, consisting of the Division Head and Director of Development Services, Leighann Mikesell; City Manager, Frank Peterson; Director of Strategic Initiatives, Peter Wills; and Economic Development Director, Jake Eckholm. Together these economic experts dedicate their efforts to the careful and deliberate development of the area by harnessing knowledge and experience gleaned from continued education, in-depth case studies, and more. The team’s economic strategies are developed and applied in collaboration with the Mayor and city commission to the benefit of local community and business partners.

Pro-business
Even in modern times, trade and industry are responsible for the largest part of the region’s income, which means that lucrative work opportunities lure individuals and families from all over the United States to enjoy its superb quality of life. With industry woven into its fabric, the city’s workforce is of high quality with sought-after expertise and skills often being passed down from one generation to the next. Furthermore, the city’s institutions support the training of skilled labor. “Our institutions have invested heavily in skilled trades and industrial training programs to ensure that legacy continues,” Eckholm explains.

Businesses enjoy industrial and commercial tax abatements while hiring, and obsolete building rehabilitation incentives make the city an attractive and ever-evolving place to do business. Better still, the city is a participant in the federal Opportunity Zone initiative. This gives those with capital gains liability the opportunity to invest in designated areas. Considering that the city’s entire downtown waterfront qualifies, the benefits of setting up shop here are clear.

Evolving with the times
The city dates back to the 18th century when French trading posts were popular. This industry was followed by logging which, ultimately, became one of the area’s first major industries. News of its wood mills quickly spread and settlers from Germany, Ireland, what is now Canada, and elsewhere quickly made their way to the area to seek their fortunes. The city grew exponentially over the next 300 years into the bustling metropolis it is today.

With the dawn of our current understanding of humans’ relationship to their surroundings, the city saw an exciting revival of its downtown area. Stretching along the lakeshore, much has changed since the city erected a shopping center here in the 1970s. In a sense, the addition left the area’s people largely scattered and without its original sense of community.

Now, this has all changed and new life is being breathed into the area, changing the overall feel of the city for the better with characterful restaurants, local breweries, and retailers welcoming locals and tourists with warm, friendly smiles and a large selection of entertainment and shopping opportunities.

Quality of life
Quality living runs through this region like a finely spun thread, illuminating the value – and the importance – of life lived beautifully. A generous selection of recreational parks and facilities provides ample opportunity for wholesome family time and is just one of the perks of life on the great lakes. To top off its wonderful array of offerings, the city of Muskegon’s real estate market is in great shape with an impressive choice of housing options at competitive prices. Its attractive downtown is well-stocked with contemporary condos, while the lakes’ shores offer lovely, large properties to suit every taste – with much more to come. Lake Michigan also offers public access to swaths of pristine beachfront, including an international great, Pere Marquette Park.

The city offers a great urban lifestyle – complete with a rich nightlife – together with the joys of the exquisite natural surroundings of a rural community, all at a reasonable cost. “Our quality-of-life amenities on the water, the large availability of manufacturing and skilled trades jobs, and low cost of living are bringing people to our community. It truly is a special place,” says Eckholm.

Muskegon’s cultural heartbeat is also strong as is evident in the popularity of the Frauenthal and Beardsley theaters, both sensitively restored to their former glory. The West Michigan Symphony Orchestra also forms a big part of the city’s artistic pulse. Sports are popular too, with the Big Reds football team having scored the most wins in state history. An international-quality winter sports complex features an ice skating rink, an ice skating trail, miles of cross-country skiing, and a very rare, regulated luge track where participants race at great speed across long ice tracks, feet first whilst lying down on sleds – certainly one of the world’s more adrenaline-fueled pastimes!

Growth – as good as gold
The city of Muskegon’s median income and job growth are on par with that of the state’s as a whole, and the city recently added another 65 acres of industrial park space to its already flourishing footprint. This is set to become an overflow for its current business area, as well as for newcomers, offering between 500,000 and 700,000 square feet of production space for traditional as well as state-of-the-art fabrication operations. In addition, a brand new convention center is being erected in association with the Delta Muskegon Downtown Hotel by Marriott and the L.C. Walker Arena, which hosts hockey, football, and soccer team franchises.

This isn’t all, however. Infrastructure is a central priority for the city, as is healthcare; at a generous 300 million dollars, the brand new Mercy Health Regional Hospital campus is a development that consolidates two older hospitals into one facility, making it the city’s biggest development project to date. In terms of education, Muskegon’s historic public schools are famed in West Michigan and students can also choose from private, charter or parochial schools across the county. Diversity is key, and a Spanish immersion program dissolves any possible language barriers.

Of course, it is not just the city’s youth whose wellbeing is of great importance. The entire county’s elderly are also well looked after through special programs, and a healthy base of non-profit groups form an extended support system for people who have fallen on hard times. One such organization, founded 40 miles away in Grand Rapids, Kid’s Food Basket, recently established itself locally and supports children from underprivileged homes by providing them with nutritious evening meals that are packed with goodness – and a lot of love.

Harnessing prosperity
With great prosperity comes great responsibility, and the city is committed to keeping its policies in shape to successfully facilitate and support this community’s significant expansion. The economic development team naturally plays a great part in contributing to this responsible expansion process by collaborating with the city and its existing and prospective business partners.

Of course, this very important function presents the team with the need for meticulous planning. With this in mind, the economic development office’s vision is one of diversity and inclusion, where locals are encouraged to work, play and grow together. For this team of visionaries, reaching this goal is a matter of re-investment and further developing job opportunities, real estate, and infrastructure – with business support also remaining at the top of its to-do list. 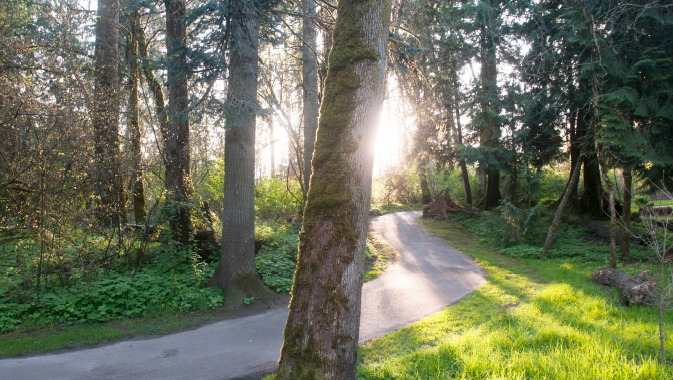