The Changing Face of Packaging 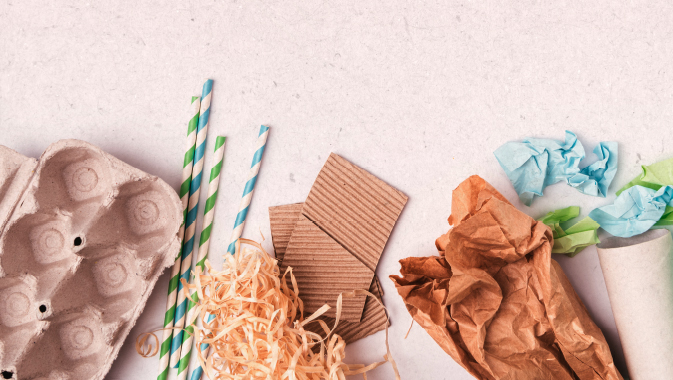 From grocery bags to plastic containers to packing peanuts made of foam, packaging from plastic is said to be changing the world, and not for the better. In response, new technology and research is changing packaging and plastics.

Once hailed as a miracle product, plastic today has become something of an international pariah, particularly in packaging form. Since the origins of plastic in the late 1830s, scientists have given the world petroleum-based products like Bakelite, neoprene, polystyrene, nylon, polyester, polyethylene, Kevlar, and many more. Used for everything from handles for kitchen appliances, to car interior panels and pill bottles, to athletic clothing and even the printed bank notes we use daily, plastics are here to stay… or are they?

To conceive of a world entirely without plastics feels like stepping into a time machine and setting the dial back to somewhere around the Industrial Revolution, to a time without cell phones, computers, cars – and a billion other familiar products. Still, many of us do remember a world without so much plastic packaging – a time when groceries were carried home in paper bags, when milk and soda came in returnable bottles, and when products were sold in simple cardboard boxes, not shrink-wrapped in plastic film.

Our uneasy relationship with packaging
Love it or loathe it, packaging is a necessity, especially for certain foods, and health products such as medications, vitamins and supplements. From keeping produce fresh to displaying nutritional information, cooking instructions, and dosage amounts, it’s hard to imagine it all working without packaging.

At times, packaging has saved lives. Before 1982, over-the-counter medications came in unsealed cardboard boxes. In September of that year, someone began lacing Extra-Strength Tylenol packages with deadly potassium cyanide. Tragically, seven people died, including a 12-year-old girl, and the culprit was never caught. The deaths not only forced parent company Johnson & Johnson to recall the product from store shelves across America, but dramatically changed the way medications are packaged, with multiple tamper-proof safety seals.

Today, it is impossible to imagine Tylenol – or any pills for that matter – sold without safety banding, and product codes stating where they were made, and when.

In July of this year, a young woman was filmed in a grocery store freezer aisle removing the lid from an ice-cream container, licking it, then putting the container back on the shelf for the next, unsuspecting, customer. While the manufacturer, Blue Bell Ice Cream, was quick to respond on Twitter saying, “We take this issue very seriously and are currently working with the appropriate authorities,” many questioned the company’s form of packaging, saying they would no longer buy products that weren’t completely sealed, with one person commenting, “Do the right thing, add a safety seal to your ice cream. Spend the extra nickel.”

Even though safety packaging has its place, many consumers – environmentally aware millennials in particular – are asking, how much packaging is too much?

Adapting to market changes
The backlash against excessive and non-recyclable packaging from consumers and lobby groups alike shows no sign of slowing down. From takeout containers to plastic bubble wrap, the amount of municipal solid waste we generate daily keeps rising, with most of us happily ignorant of how much litter we are responsible for. Styrofoam coffee cups, single-use water bottles, plastic lids, candy wrappers, cardboard inserts and all the rest amount to 2.12 billion tons of waste every single year, according to theworldcounts.com.

But times are changing, and as many of us are adopting a zero waste mentality, manufacturers are following suit through sustainable packaging.

Driven by environmentally-conscious consumers, packaging has been changing for some time. Back in 1990, fast-food giant McDonald’s stopped using expanded polystyrene for its burgers in the U.S., making the move to paper. And in 2012, the company – facing criticism from non-profit shareholder-advocacy leader As You Sow – switched from foam packaging for hot beverages to paper. While moving from environmentally unfriendly plastics to paper represents a progressive move by many businesses, it is just one option for changing packaging, and altering consumer perceptions of how products should look and feel.

Milk-made films
For manufacturers, switching to greener packaging make sense for the environment, and the bottom line. In the age of social media, good news and bad spreads at the click of a mouse, evidenced by the worldwide push to eliminate plastic drinking straws, single-use cutlery, and plastic grocery bags. And while alternatives like reusable travel mugs, cutlery and cloth bags are common, much more is being done with sustainable packaging, and alternatives to petroleum-based products, which pollute lakes and oceans and take centuries to break down.

Despite all the good intentions of packaging-critical activists, we can’t just discard the function that packaging fulfills, namely protecting and displaying products. With an eye to future needs, the research agency for the United States Department of Agriculture (USDA), the Agricultural Research Service (ARS) is actively investigating dairy-based protective films as an alternative to synthetic polymers.

Made from casein, a type of phosphoprotein, these films boast many advantages over the plastic variety when protecting food. Apart from being biodegradable, casein is also sustainable, edible, and prevents spoilage by keeping out oxygen 500 times more effectively than its synthetic counterpart. The subject of an article in the March edition of Food Quality and Safety entitled “Edible films based on milk proteins release effectively active immunoglobulins”, milk-based films are also antimicrobial, halting or killing microorganisms.

Reduce, reuse, recycle
Ideally, sustainable packaging should be reusable more than once and, unlike plastic, biodegradable. Far from being buzzwords, ‘reusable’ and ‘recyclable’ are becoming the industry norm. Alternatives to oil-based packaging are emerging, many of them ingenious, like straws made from sugar and seaweed (agar) with a 3D printer, to durable and lightweight bamboo, to containers made from mycelium, found in fungi.

In the food and beverage industry, we should soon be able to ‘have our cake and eat it too,’ as the world moves toward edible packaging. From cups made of gelatin or cookies coated with chocolate to frozen yogurt ‘pearls’ serving as wrappers and spoons and muffin and candy wrappers created from potato starch or rice, the world is moving away from waste to taste.

Banning plastic bags
For companies worldwide, optics are more important than ever, and one need look no further than Seattle-based coffee giant Starbucks. Pledging last year to eliminate the use of over a billion plastic straws annually, the company vowed to replace them with clear, recyclable lids in over 30,000 locations worldwide by 2020.

Packaging engineer Andy Corletta said: “We’re seeing a lot more public awareness around sustainability in packaging. We have a major opportunity here. The impact and reach of this project make it really special. Plus, we think customers are going to love it.”

While some environmental groups are skeptical of the company’s claim that these adult sippy cup-style lids will help the planet, there is no question that the move by Starbucks was brilliant and strategic.

As more states and cities move toward limiting or banning the use of some petroleum-based products – California the first with plastic bags in 2016, followed by New York this March – the trend will inevitably continue. Savvy manufacturers and businesses will make the switch to environmentally sustainable products before they are forced to comply with emerging government regulations.

In Australia, the nation’s environmental leaders are focused on ensuring that 100 per cent of all packaging can be reused, recycled, or are compostable by 2025. With plastic packaging a longstanding issue in Canada, many stores such as supermarket giant Loblaws introduced a five cent charge for plastic bags a decade ago, with the promise that money collected would go toward environmental causes. In late July, grocery store chain Sobeys took a step further, stating in a release that they plan to remove all plastic bags from their 255 locations across Canada by early 2020, amounting to 225 million plastic grocery bags a year.

As well as cooperating with government-imposed regulations, companies that keep a finger on the public pulse, particularly millennials, will fare better than others. Representing a significant part of the market, these young men and women millennials (in their twenties, now) grew up with a strong social and environmental consciousness; for companies to fail to respect and respond to the green demands of this group is short-sighted. According to a recent survey by multinational professional-services company Deloitte – appropriately called Deloitte Millennials – about 40 percent of respondents said the goal of businesses must be to “improve society,” a duty second only to generating jobs. Another 64 percent said that making the world a better place was a priority, along with 88 percent wanting “work-life integration.” In short, millennials, the employee generation stepping up right now, don’t want to be accountable to companies that don’t respect human rights, or the environment.

In the coming years, Styrofoam-type pellets, non-recyclable laminates, and all the other types of plastics that trouble our environment will become a distant memory, as reusable containers, 100-percent recyclable cardboard with non-toxic inks, and plant-based packaging become the norm. 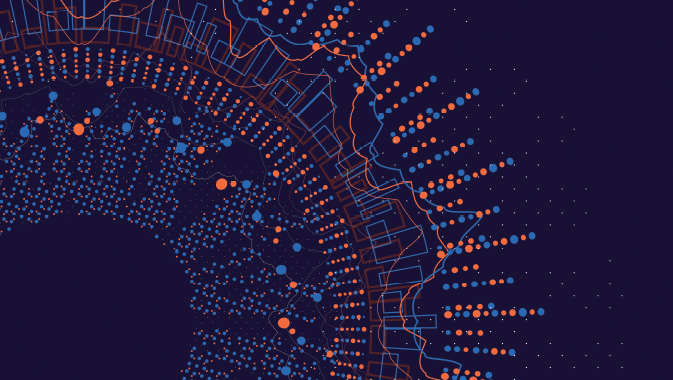 The Total Package in Energy Management