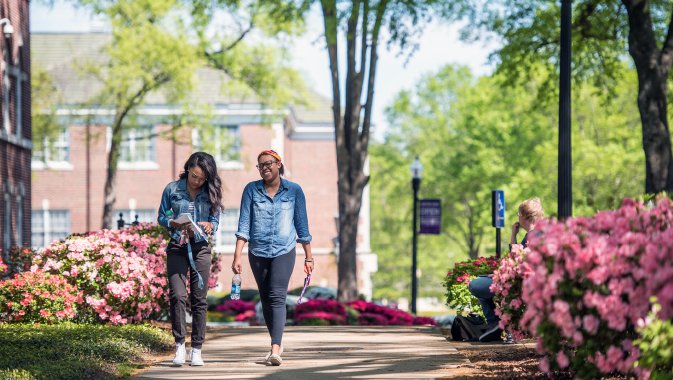 Arkansas is a unique place known for its diversified economy; as such, it is somewhat sheltered from the national ebbs and flows. The City of Conway is no different and has managed, through astute city and state planning, to develop into a successful hub of activity with advanced urban planning. Business in Focus spoke with Conway Area Chamber of Commerce Senior Vice President Jamie Gates to find out more.

“None of these companies have a second chapter, and it’s never predictable. The narrative four years ago swirled around the start-up economy and tech start-ups, but it’s just a function of the economy. Luckily, we are diversified, and our largest employers are carrying the load through expansion,” says Jamie.

Acxiom, the database marketing company, is the area’s largest employer and has shown great growth in recent years. DXC Technology is constantly adding positions, and Insight, another Fortune 500 company in Conway, is also expanding and adding more people.

“I feel this is the case in a lot of parts of the country in this economy. We have a host of companies of every size doing very well, and we are focused on competing for talent and getting people to fill various positions,” says Jamie.

The economy is still flourishing here, with no indication of a downturn for the foreseeable future. Arkansas tends to be more insulated from the highs and lows in the economy.

“I think we are just now hitting the really high rate of growth that other states experienced a year ago. It takes a little longer for the business cycle to impact our area and usually in a less dramatic fashion. In Central Arkansas, the Little Rock Metropolitan Statistical Area (MSA), is one of the most diverse economies in the country. This keeps it from running too wild or falling too fast,” says Jamie.

When the natural gas industry appeared in 2007, it represented another great shift in the economy for Conway and Central Arkansas in general. However, gas price fluctuations have had a negative impact on the industry lately. Over the last several years, Conway has experienced a steep decline in the number of natural gas jobs.

The area would frequently see $1 billion annually spent on this shale play, and there is still work, but nothing like the levels of investment it saw previously. Increases in pricing should spur more activity, but Jamie does not see a scenario where the natural gas jobs come back to the level they were before.

“This is in large part because we started with almost no natural gas industry or infrastructure, and a lot of the work has been done, is in the ground should prices go up. We experienced the shale revolution like everyone else, and should commodity prices change, we’ll experience a recovery but not a resurgence,” says Jamie.

The Baptist Health Hospital is built, and it has gone better than expected. Now, a third specialty hospital is on the way, and access to care has really bloomed for patients, not only in the city but in the areas to the north and west. Many more specialists are practicing here, and as a result, there is a great deal of economic activity surrounding the healthcare field, making Conway a destination for healthcare of all kinds.

Over the last four years, the Lewis Crossing Shopping Center has been almost completely built out and has become a destination within the Little Rock MSA. Its growth has really mirrored the national trend within retail where restaurants are far outpacing traditional apparel stores.

Conway’s Central Landing development is a much larger and more complicated project because it centers on the adaptive reuse of an airport, and previously did not have a lot of roads running through it. But now all the infrastructure is in.

“We have our first major project underway, which are 340 luxury, multi-family-use units. Central Landing will take on the look of a large commercial development in the 2020s, where we will mirror those national trends,” says Jamie. Those trends include more experience, entertainment, restaurant, and fitness destinations, with less of an emphasis on selling apparel and home goods. It will eventually include an office building because people want to work in a walkable location, with quick access to everything.

One thing that was not on anyone’s radar four years ago was the creation of opportunity zones. The Central Landing development was lucky enough to be located in one of the tax opportunity zones, and that has increased investor interest for future projects.

“If you have a capital gain and you put it to work in any business activity within an opportunity zone over a period, the gain is completely erased. It is an extremely material tax advantage,” says Jamie.

The University of Central Arkansas campus work has progressed. Construction on Donaghey Avenue on the eastern border of the campus is working to urbanize and change the way that street feels.

A new performing arts center will encompass 114,000 square feet at a price tag of $45 million. Ground will be broken in 2020 for that venture. An integrated health and sciences building will cost $37 million and have 80,000 square feet, making these two of the largest projects Conway has ever seen.

“We started by creating start-up space and an innovation hub for entrepreneurial studies and endeavors. That project begins construction in late 2019 and is called the Arnold Innovation Center. It takes place in our former city hall because a new city hall is being built,” says Jamie.

Quality of life has been a real point of emphasis in Conway, and rapid progress has been made with a splash pad that can accommodate a hundred or more children running around and playing. The aim is to make these recreational sites widely available and spread throughout the city so people would not have to travel across town to get to one. Two are already completed with a third on the horizon.

Conway has also teamed with Merje Design to develop a consistent and easy-to-navigate system of signs designed to highlight likely tourist destinations. Work will commence in March of 2020.

The city continues to build more traffic roundabouts and has over thirty now replacing stop lights. Works of public art are being erected at the center of these roundabouts. “We’ve done our first small one and have identified the next one, which will be a more substantial piece of art. The goal is to create a public art museum that you can drive through. Almost all the roundabouts are retrofit, and we have a public mandate to pull stop lights out,” says Jamie.

That directive came from the Conway 2025 plan, which was devised in 2010 and identified replacing stop lights with roundabouts as a priority. The 2025 plan is also responsible for everything from the new splash pads to the Central Landing development.

Next year will see a reboot of that plan looking a little farther into the future. “The plan will be reconciled with everything that we have already accomplished versus any changes in direction and what we may want to accomplish over the next twenty years,” says Jamie.

Since we last spoke four years ago, commuting patterns have changed as more people work here rather than commuting. In some ways this makes Conway more regional and independent, particularly with health care. But, in many ways, it is closely integrated with Little Rock and the core of the MSA.

“It is best summed up by saying that we are maturing into a leader within the MSA. You don’t always have to be the biggest or most talented to lead. You just must lead, and that is what we are trying to do on every front. We want to grow and flourish on our own, but are also trying to play a better and larger role in the MSA. That means acknowledging how important Little Rock and the core are closely linked to our futures,” says Jamie. 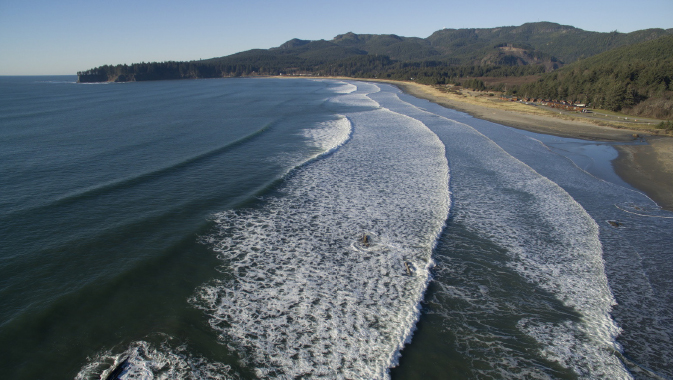