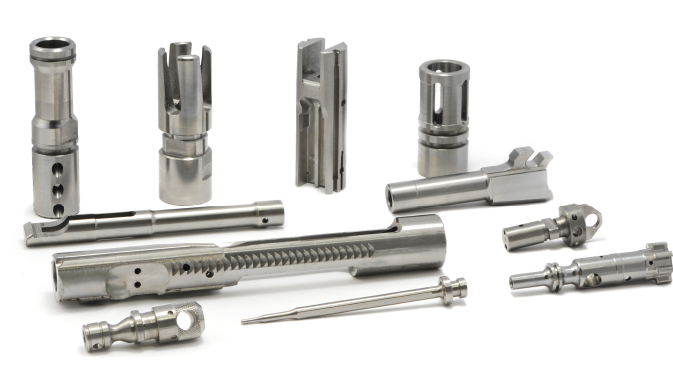 Since 1965, Swiss Automation has been a supplier of precision turned components, and its work has been rewarded with contracts that extend to the aerospace, defense, medical device, firearms, and hydraulics markets. We spoke with National Sales Director Tom Irvin to find out more.

Swiss Automation is seeing some exciting changes and significant growth. The inventory area has been increased to accommodate more materials, and several expansions have added significant space to the quality department. An additional 20,000 square feet has just been completed in June of 2019, an addition to the company’s manufacturing space. That brings the facilities up to a total of 150,000 square feet, and the newest addition affords the company room for another sixty machines if needed.

“That will put us somewhere around 250 of the world’s best high-end lathes, primarily Swiss-type lathes, but a vast array of other multi-turret lathes as well, most with 12 axes of cutting capability,” says Tom.

For its medical work, it achieved the necessary ISO 13485 certification, and many new customers have been added in that sector. The company has also diversified, doing work in hydraulics, aerospace, defense, medical device construction, and energy, along with many others. It has continued to grow, and over the last two years, this precision company has become 46 percent larger.

The company keeps adding to its facilities and adding land that it owns around them. It can cut lead times and continue to maximize efficiency while delivering high-quality components, on time. “Our strength is our quality and delivery, but with so much growth lead times move out. So, we keep building on, and that way we can lower them,” says Tom.

The work performed at Swiss Automation is precise, and that makes it challenging to find skilled workers. However, that said the company has an in-house training program which is now being certified by the Illinois Department of Employment. It has also donated equipment to area technical schools. “We brought on a program involving schools from Illinois and Wisconsin, in our facilities, on our dime. We pay for buses and lunch and give tours to these students. Often, we end up taking applications from them on site,” says Tom.

Swiss Automation is constantly looking for new skilled employees, but it does not discount those without immediately useful skill sets. It will consider anyone with an interest or a mechanical inclination and will happily put them through the certified apprenticeship program to improve their skill level and make them more valuable, not only to Swiss Automation but for themselves.

There do not seem to be any issues going forward with acquiring staff for continued growth. Swiss Automation’s educational programs continue to improve as it looks to partner with area schools, drawing on a wider pool of potential employees. The company just donated 1.3 million dollars’ worth of equipment and software to the Elgin Community College’s Industrial Manufacturing Program, as described at https://www.dailyherald.com/business/20190619/barrington-manufacturer-donates-13-million-in-gear-training-to-ecc.

With steady growth and expansion come many obstacles and opportunities. Tom is the National Sales Director, and since he started in 2016, the company has grown by over 56 percent. “It has been a compilation of increasing sales with our primary customer partners, expanding the breadth and scope of which markets we target, and steadily bringing on new customers to diversify our partnerships,” says Tom.

Swiss Automation is achieving a more significant presence at national conferences, and its presence in the medical device and aerospace / defense industries has expanded dramatically over the last three years. The company is registered as a Department of Defense small business, has International Traffic in Arms Regulations (ITAR) registration, and gained the Medical ISO-13485 certification last year. It is now in the process of achieving AS-9100 – the quality management system for the aerospace sector – certification as it is already compliant with the standard.

This is happening in part due to its increased work with aerospace and defense. The main companies that contract with the Department of Defense are referred to as primary contractors or primes. Swiss Automation is doing a large volume of work, providing parts to primes.

“As an example of that, we make a lot of the small metal components that go into the charge mechanism for rockets and missiles that are supplied to fighter jets, go into space, and supply various government programs, which go to support U.S. armed services globally,” says Tom.

“At the same time, recently, I was out in Pasadena, California, visiting many of our aerospace & defense and well as medical partners. We are doing more work every day with our large-scale customers in those fields, including Honeywell and Boston Scientific. This makes us even more visible with in the marketplace,” says Tom.

In these fields, there is great competition, but Swiss Automation excels at what it does. It is the largest precision turned component manufacturer by capacity in the U.S. What differentiates Swiss Automation is more than skill, work quality, and production capacity, but also knowing what its government contracting partners need in terms of safeguards, cybersecurity, equal opportunity employment, and all of the things that come together to make it an ideal partner.

In the past year, Swiss Automation added monitoring to all its equipment. It now can monitor metrics in one office space and know exactly what is happening on each machine throughout its facilities. “This covers tool life, oil, and consistency of programming. Part of the wave of the future is deep data. It’s about knowing what you are doing, so you can do it best,” says Tom.

The precision company is constantly investing in new equipment. Over the last two years, it has spent about $14 million on machinery, and only the best that the world has to offer will do. Swiss Automation will even go so far as to purchase equipment that may be needed in the future. “We always want to be ahead of the ball and making sure that our innovative approach is doing everything we can to meet the upcoming needs of the marketplace,” says Tom.

It used to be that NASA was always twenty to twenty-five years ahead of the rest of the technological world, but more and more of the aerospace, defense, and space exploration markets are being privatized these days. A great example of this is SpaceX, which is one of Swiss Automation’s partners.

With robotics, artificial intelligence, innovation and investment in new technologies, much technological advancement can be realized more efficiently in a production atmosphere by a private enterprise than by NASA or the U.S. government. “I think more and more there are great partnerships developing between private enterprise, NASA, and the government’s own investment in technology and innovation,” says Tom.

Swiss Automation now has 302 people, and each hire is important to the company’s overall success. It is bringing on more mechanical engineers to drive lean manufacturing and efficiency efforts to ensure it is doing everything it can to be ideal efficiency partners. “This enables us to provide greater quality control and better pricing,” says Tom.

Hydraulics work has been expanding rapidly over the last two years as a result of the thriving U.S. economy in the construction, building, and energy sectors. Work with the company’s primary customers is always expanding and has grown by about twenty percent per year.

Due to the company’s history of over fifty years in precision turned component manufacturing, Swiss automation can provide a unique mix in the field. “We sit in that niche beautifully. We can do a huge array of components and volume. We have the power and the backbone with history, quality, and engineering know-how to meet the needs of the marketplace as it grows, and supply-chain economics drives better interest in larger volume partners,” says Tom. 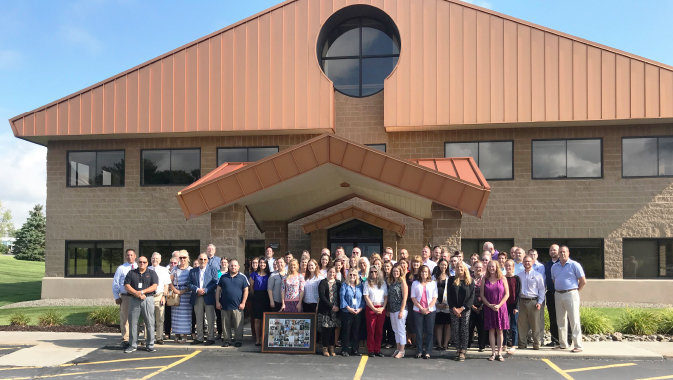