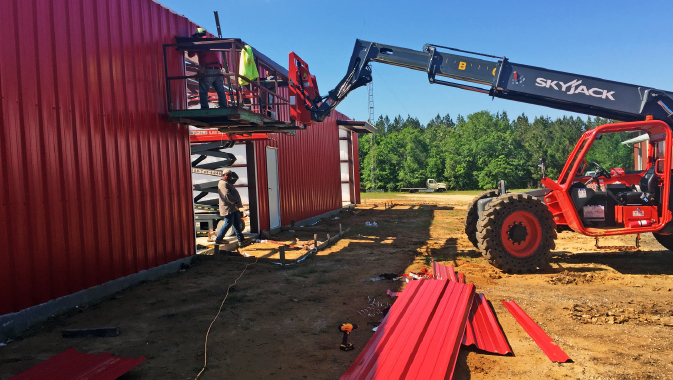 Holmes County, Florida is on the brink of transformation into a center of everything sustainable and green, with the potential to make the rest of the nation sit up and take notice. Its slogan, ‘Green Gateway to the Beaches,’ certainly sums this up.

This rural county in the Florida Panhandle is indeed a gateway to Panama City Beach and the Northwest Florida Beaches International Airport and deep-water seaport at Panama City. Or to Dothan, Alabama which does not have beaches but does have a regional airport and employment opportunities.

It is no exaggeration to say everyone passes through Holmes County. People travel on Interstate 10, which connects Jacksonville, Florida and the I-95 to the Pacific Coast Highway at Santa Monica, California and passes right through Bonifay, the county seat. They travel on the four-lane State Highway 331 that runs through Holmes County, connecting Panama City, Florida to Montgomery, Alabama.

The problem is that no one stops, and the residents of Holmes County have been leaving due to lack of job opportunities. While there is only a four percent unemployment rate in the county, it is because seventy-four percent of the six-thousand-member workforce commutes, with sixty-five percent currently working in southern Alabama. And when they finish work for the day, they shop there before driving home, which has led to a major reduction in local retail and other services. In addition to the commuters, large numbers of young people have left to work in other parts of the state or out of state.

But if Raymon Thomas, Director of Holmes County’s Economic Development Commission, has anything to say about it, that is set to change. Thomas has been involved in the political area since 2004 and before that as president of the county’s farm bureau. Of his two sons and five stepchildren, only one is employed in locally, with the others living and working in Georgia and Alabama.

He believes if the county could offer good paying jobs, commuters would be happy to accept them. It could also create a trend that would see some of the 200,000-strong workforce that lives within a forty-mile radius of Holmes County commuting into it, and it could bring youth home.

The future that Thomas envisions is a bold one, centered on sustainable manufacturing in an eco-industrial park that will make sound business sense, benefitting both the environment and the economy.

“We sat down and looked at what we had here, where we were and where we had come from, which was nowhere, and we said, ‘We have to do something different. We have to find a niche of some kind.’ At the time, I just happened to read an article about sustainability, and I investigated it, and I said this is going to be our niche. There is only one other such eco-industrial park similar to what we’re talking about, and that’s in North Carolina, near Charlotte. We got looking at that and realized we have the traffic coming through. It’s continuous from Alabama to the beaches, and we have to let people know we have something here to catch their attention,” Thomas says.

What he wants to do, once infrastructure is in place, is to start soliciting businesses that are interested in sustainability, in both manufacturing and in lifestyle, to locate there.

“We want to ensure that everything that goes into the park comes out as a usable product or gets used in the park. I’ve seen examples of how this can work, so we are mainly looking at companies that are interested in using alternative energy sources. We’ve met with a couple of companies interested in putting in plants that manufacture sustainable building products that are load-proof, water-proof, and termite-proof,” says Thomas.

“We are negotiating right now with a company that is wanting to put in a waste-to-energy plant that will use trash and every by-product there is to produce electricity, and we are getting close on those negotiations.”

The cutting-edge technology that such a plant would employ is in use in other countries like South Korea, he says, but not anywhere in North America where it is sorely needed. It would benefit the entire southeast region and make Holmes County a leader by dealing simultaneously with waste management and alternative energy.

“Folks don’t want to admit it, but landfills are popping up everywhere in Florida. In fact, in Pinellas County, there’s a landfill that is the highest point in the state, and we have one to the north in south Alabama that covers several hundred acres and is still growing,” shares Thomas.

“So, the goal of this plant is to take anything, including recycled metals, and create electricity. They can use medical waste, anything that would go into a landfill, and they can recycle it. And there’s no emissions and no odours, so it can be built right in the centre of town. I think it’s foolish to keep building landfills when we can have a solution that creates energy and still requires almost the same number of jobs as needed to maintain a landfill,” he says.

“We’re also negotiating with an electric vehicle manufacturer, so those are the kinds of companies we’re looking for our park. We want to be the premier go-to spot for anyone who wants to see how sustainable manufacturing works, and we believe we can do this.”

On October 10, Hurricane Michael, the first Category 5 hurricane on record to hit the Panhandle, created extensive damage in the region. “It zigged instead of zagged and went east and got within ten miles of the eastern part of the county which did sustain a lot of damage,” Thomas says. But the flip side was that Michael has given the area a great deal of attention from federal and state governments.

“The federal economic development level of administration has had meetings down here in our office (in Bonifay) and in other counties affected by the hurricane four times since October, and they are calling us every week about programs that can help us, and the state is doing the same thing.”

The focus of the Federal Economic Development agency (EDA) has been on central and south Florida over the last eight years. “But this year, the new governor (Republican Ron DeSantis) said we are going to pay attention to the rural areas because they have been left behind. He’s been seeing to it that we are getting a lot of planning programs and data research programs and grant opportunities. We are starting to get amounts from some of those, and he is supposed to sign the rest of it as soon as the new fiscal year starts on July 1,” says Thomas.

“So, we’re getting a lot of attention this year, and we are excited that we’re going to get some infrastructure in place, and officials from the federal EDA have told me about a new program they have, so there’s going to be quite a bit of infrastructure money.”

By the end of the year, Thomas is hoping that one thousand new jobs will have been created. “Right now,” he says, “we’re building for an organic tea manufacturer that uses the native yaupon plant which grows along the South Carolina coast all the way over to Texas. It’s considered a weed, but it makes an excellent tea. They should be in business within thirty days and will have twenty-five employees,” he says.

“I know twenty-five jobs is not a large number, but there’s the spinoff – the average manufacturing job creates six to seven jobs, and then you’ve got families being employed and kids going to local schools and services to supply their needs, so everything follows each other.”

There is also boat manufacturer Xtreme Boats coming in, and it wants to expand from a two-person operation to one that employs twenty-five. “They bought a building from us, and we built a new one to go with it. They should be open by September first. Their goal is use solar power for part of their energy needs, and they will recycle everything they use, so nothing will be going to the landfill and there will be no emissions.”

In addition, he told us about another incoming company that will make ready-mix concrete and geopolymer building products and pavers as well as a new kind of asphalt road material currently in use in California, now certified for use in Florida.

“We’re currently in the process of revitalizing our area. Retail is gone, but two months ago we started a county-wide community plan to get our existing buildings rehabbed and get retail back, and we’re excited because we’re getting people out to the meetings,” he says.

“Our goal is to be a model for the rest of the country, and I think our community here will be proud. I hope people will jump on board, because our planet is our planet, and we will be held accountable for what we do with it. If we have seventy-five more years like the last seventy-five, we won’t have a planet. At least that’s the way I look at it,” Thomas concludes. 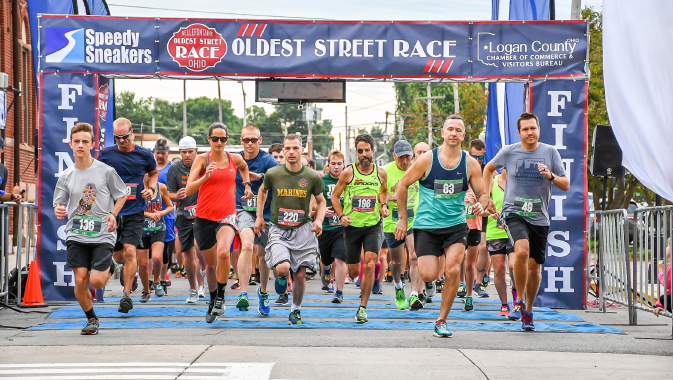