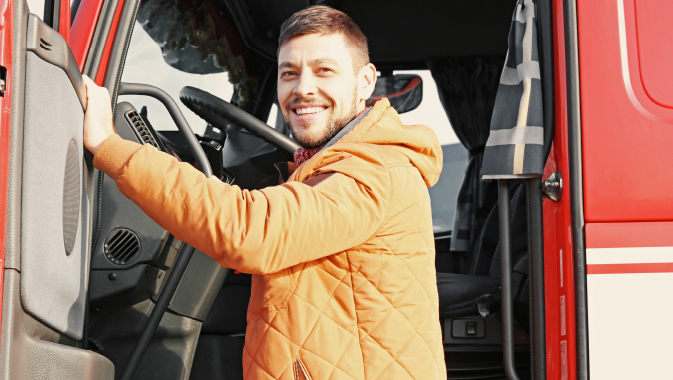 North America’s trucking industry has been wrestling with the growing issue of a driver shortage for many years – particularly in the long-haul sector. The industry, businesses, and government are all looking for ways to fill the urgent need for more truckers. Suggestions to solve this are wide-ranging, and many are viable but will see results over the long term.

Some groups, like the Ontario Trucking Association (OTA), are calling upon the provincial government to allow freight carriers to bring in immigrants through the Ontario Immigrant Nominee Program (ONIP) to fill the gap, a suggestion which horrified Teamsters Canada, the nation’s biggest transportation union.

Another idea is to bring more women to the workforce. The Women’s Trucking Federation of Canada rightfully states that women – who account for just three percent of drivers in the country – are under-represented, and more must be done in training and clearing misconceptions about the industry.

Meanwhile, in the United States, the Department of Transportation has initiated a pilot program aimed at increasing the workforce by recruiting young veterans and reservists to the trucking industry.

Much has been written about human and non-human solutions to address the driver shortfall, including the use of autonomous vehicles with an array of cameras and sensors to navigate through traffic. Even though vehicle manufacturers from General Motors to Mercedes-Benz are investing billions of dollars in developing and testing self-driving vehicles, it will still be years until we see self-driving trucks and cars move from the test course to practical use on city streets and highways.

Factors affecting the trucking industry are similar to those affecting manufacturing and trades like welding in Canada and the U.S. Much like these, trucking has been viewed for years as tough and boring work in dirty conditions with perceived stagnant wages and long hours. And like trades, many young high school graduates were encouraged to pursue white-collar work instead of factory or construction jobs, resulting in a shortage of fresh truck drivers.

The consequence is that truckers today represent one of the oldest demographics in the Canadian economy, averaging age fifty-five years or greater. These factors, along with a growing online economy through retailers like Amazon, Walmart, and Costco, and the need for many more trucks to make deliveries has resulted in not enough drivers.

Although the issues of an ageing workforce and fewer young men and women entering the trucking industry are not new, the situation is serious. In the U.S., the number of Americans retiring each day has doubled since 2000, and by 2030, every baby boomer will be over the age of sixty-five, according to Census Bureau predictions. This not only means one in five Americans will reach retirement, but that older people will outnumber children for the first time in U.S. history.

A recent Bureau of Labor Statistics paper, entitled ‘Is the U.S. labour market for truck drivers broken?’ questions the seriousness of the shortage. Whereas organizations like the Conference Board of Canada and industry group American Trucking Associations (ATA) have issued other opinions on the subject.

The ATA does not mince words in its October 2017 Truck Driver Shortage Analysis. “Over the past fifteen years, the trucking industry has struggled with a shortage of truck drivers,” says the report, noting that the shortfall was first documented in 2005 with a shortage of 20,000 truckers. This soared to about 45,000 in 2015.

Included among the reasons cited by the AMA are an ageing workforce on the threshold of retirement and a struggle by the industry to attract women and minority drivers. If the issue is unaddressed, it is expected that the U.S. will face a shortage of over 174,000 drivers by 2026.

Most major automobile manufacturers are on board with driverless cars. The same can be said of truck companies like TuSimple, and its mission is indeed simple: “To bring the first self-driving truck to market.” The goal is to boost safety, reduce carbon emissions, and lower transportation costs.

The San Diego start-up is only one company in the race to get the first driverless trucks on the road as soon as possible, along with San Francisco’s Starsky Robotics which is already testing driverless truck technology in Florida and Texas. Starsky optimistically stated in June that driverless deployments should start by the end of 2020 – seven years before worldwide management consulting company McKinsey & Company expects that completely driverless trucks will be on roads and highways.

Florida brought a controversial new legislation on July 1 that eliminated requirements for humans to be on board in autonomous vehicles. “A fully autonomous vehicle may operate in this state regardless of whether a human operator is physically present in the vehicle,” said the law. The ruling means that no person need be in the car to override the system. Some people are praising the new law for making Florida more competitive with states that already allow autonomous vehicles and testing, but some in the media are not so sure. At the time of the announcement, automotive website Jalopnik published an article with the ominous headline: “Florida’s Potentially Deadly Autonomous Car Experiment is Just Beginning.”

With the new law, Florida is joining Michigan and Texas in permitting people-free autonomous vehicles. The implications of vehicles devoid of human drivers who could disengage the system in case of failure are many, raising issues from safety to liability. What if a driverless car or truck strikes a pedestrian, a cyclist, or another vehicle, blows through a red light, or goes the wrong way down a one-way street? Worst of all, what if a vehicle mounts a crowded downtown sidewalk full of pedestrians? There are more questions than answers.

On the evening of March 18, 2018, the forty-nine-year-old tragically became the first recorded pedestrian in history to die when a self-driving Uber text vehicle with a human safety operator ran into her as she was pushing her bicycle across a Tempe, Arizona highway. Two years earlier, the driver of a semi-autonomous vehicle was also killed.

Trucking companies want to lower costs and ensure the timely delivery of goods. Increasing productivity in logistics involves everything from determining the ideal driving routes or the best fuel type for maximum efficiency to improving communication. More vehicles are on the road to meet rising business and consumer demand, and with promises of delivery the same day or even within hours, the need for trucking will be greater than ever.

Solutions – whether more drivers or new technologies – will continue to be proposed, but one thing is certain: as long as there is a shortage of drivers, freight prices will rise, with costs being passed to the consumer.