Gas flares are the signature of the oil and gas industry. But imagine this waste transformed into a valuable fuel source. In Lakewood, Colorado, Pioneer Energy is finding ways like this to clean up and make the industry more efficient and the environment better.

Flares from oil and natural gas extraction not only waste valuable resources but are highly pollutive. Using its Flarecatcher technology, Pioneer can now capture these otherwise wasted byproducts, converting them to natural gas liquids which are a useful commodity, while conditioning the remaining gas. The NGLs captured are counted as additional barrels of oil equivalent produced from the wells, increasing total reportable production by the producer. The conditioned gas can be used on site or injected into the dry gas pipeline network. The result not only increases extraction efficiency for Pioneer’s customers but also releases less harmful waste gases into our atmosphere.

In addition, Pioneer’s Vaporcatcher product reuses waste vapor from oil storage tank batteries. These processing units can capture ~75 percent of the components which produce emissions in the form of volatile organic compounds (VOCs). A multipurpose tool, the Vaporcatcher can also be used for water and condensate removal prior to injection into a gathering system or to produce conditioned fuel-gas for compressors and engine driven equipment.

An aerospace background
Both the Flarecatcher and the Vaporcatcher incorporate cutting-edge mechanical refrigeration units (MRUs), which condense the heavier components of natural gas from its common gaseous form to a transportable liquid. This technology eliminates problems resulting from terrain differences, pooling, or excessive temperatures due to either geothermal heat or high separator temperatures. “Quite often it’s those heavy hydrocarbons and the water which is coming from these oil well sites that are causing problems for midstream providers,” says Joseph E. Palaia, Vice President of Business Development. “Our systems can solve these problems.”

Celebrating its tenth year in business, Pioneer Energy began as an offshoot of Pioneer Astronautics, which continues today as a private aerospace-research firm and product supplier. The company discovered that some of its gas processing equipment, originally designed for Mars, could easily be modified for deployment closer to home. “Pioneer realized that, with a few tweaks, it could be employed on the oilfield,” recalls Palaia, who joined Pioneer Energy from Pioneer Astronautics.

But without funding, the idea was stillborn – until the intervention of entrepreneur Eyal Aronoff, who provided startup capital for the fledgling company and today serves as the company’s CEO. An environmentalist and philanthropist, Aronoff has co-founded numerous successful businesses, including software firm Quest Software, which he sold to Dell for $2.4 billion in 2012. In October of that year, he helped co-found the Fuel Freedom Foundation, a nonpartisan organization dedicated to American energy independence.

Learning curve
The early days were a steep learning curve. “We started out as a bunch of guys that were not from the oil field, not from the oil industry. So we were coming at it from more of an aerospace perspective,” Palaia recalls. Existing data suggested most of Pioneer’s potential clients had small flares, but the company quickly learned it could provide greater value to its customers by increasing their processing capacity. Today, Pioneer is manufacturing, installing and servicing equipment capable of processing up to 10 MMSCFD (million cubic feet per day), over thirty times their original equipment capacity. Shifting from wheel-mounted to skid-mounted systems, the company is able to provide quality service with a minimal sacrifice of mobility.

Operating from a 40,000 square foot facility, Pioneer designs, manufactures, services, and monitors all of its equipment under a single roof. In addition, all equipment can be monitored and managed 24/7 from a single remote location, a useful tool when certain oil fields are located many hours away.

“It’s a digitized oilfield, because we have a full SCADA [Supervisory Control And Data Acquisition] system on board each of our skids,” Palaia explains. He believes this high degree of automation helps give Pioneer a leading edge in its field, by limiting the need for service personnel and thereby reducing operating costs, and by providing greater value to customers through higher uptimes. “Our experience has been well in excess of 90 percent uptimes,” he says, while describing just how important product dependability is to Pioneer’s customers, who in many applications are relying on Pioneer Energy’s equipment in order to achieve regulatory compliance while enabling oil production.

Moving to midstream
With the company’s expansion, Pioneer is now aiming to also be a provider in the midstream segment of the oil and gas industry. “Now that our equipment is larger-scale, we’re actually becoming a meaningful size – and not just for the oil producers – but also for the midstream players,” Palaia says. Today, Pioneer works with clients all across the Rocky Mountain region, some of whom produce and or operate facilities with gas flows between 10 and 100 MMCFD capacity. This, more than anything else, speaks to Pioneer’s meteoric rise. As the company’s product line continues to grow in capacity and sophistication, it will undoubtedly earn new clients and a new place as a midstream supplier and provider.

But beyond Pioneer’s considerable domestic presence, the company is looking abroad and sees major international expansion in its future. “We’ve got a lot of different areas where we’re seeing potential for export,” Palaia says, “different spaces that we’re trying to explore, and the company’s continuing to evolve.” It is currently engaged in opportunities in Mexico, the Middle East, and particularly oil-rich Nigeria, where Pioneer recently signed a deal to build a gas processing facility using its equipment.

Pioneer has made this deal as part of the World Bank’s Zero Flaring by 2020 Initiative, which is a part of the Paris Agreement on climate change. The Initiative plans to eliminate 140 million cubic meters of annual waste, utilizing it for energy and fuels production while reducing CO₂ emissions by over 300 million tons per year. Aronoff points out that the Initiative is intended to, “incentivize the industry to address this problem.”

As an entrepreneur, Aronoff’s long history of global travel has led him to an inescapable conclusion: “The standard of living in the world is inversely proportional to the cost of energy,” he explains. Cheap, widely available energy is necessary for growth and development, on any scale. While he personally remains committed to renewable energy, he recognizes the length and difficulty of that process – particularly in the developing world. “We need to enable a transition away from fuels that produce excess greenhouse gas emissions,” he continues, “and one of the ways to do it is to move away from more polluting fuels, such as coal, to less polluting fuels, such as natural gas.”

Going international
Pioneer’s staff is excited about this international expansion, as the developing world provides large opportunities for flare reduction. “Flaring is ubiquitous, it’s happening all over the world,” Palaia says, “but the flares in some of these countries tend to be quite a lot larger than what we see domestically.”

Pioneer intends to use its equipment to strip out heavy hydrocarbons, ordinarily wasted in the flare, and then fractionate them to produce liquefied petroleum gas (LPG) for domestic consumption. It can also condense pentane, hexane and heavier components into locally extracted crude oil. Finally, Pioneer can help reuse the lighter fractions of the flared waste gas as clean, reliable natural gas for power generation. Palaia summarizes: “Everything gets used: the flares are eliminated, there’s no more waste, and you have products that demand a premium price – the electricity, the fuel, and the crude oil.”

As Pioneer expands internationally, and wherever it expands, it makes a point of helping develop the more advanced infrastructure necessary for natural gas extraction. It takes special care to work with local companies, often an oil-field service company which provides ‘boots on the ground’ support, while Pioneer installs the necessary equipment.

Electric expansion
The company also has plans to improve the electrical grids wherever it operates in the developing world. It’s a lofty goal, and a long way off, as Aronoff admits. “Nigeria has 200 million people living with roughly the amount of electricity that is, today, consumed by the state of Colorado,” he says, but he and his company remain committed to bringing cheap and widely available energy to these growing regions.

As technology and infrastructure advance, the advantages of clean natural gas are becoming increasingly clear, despite the challenges in extraction and shipping. “LNG is becoming a big, global commodity,” Aronoff remarks, “it didn’t used to be.”

Pioneer is in a unique position, not only to develop new technology in this sector but to use it to develop our world responsibly. “By using new technology, with a small capital budget, we are replicating what other people have done in the energy sector with much larger budgets,” Aronoff says. “Frankly we are riding the automation wave.”

Palaia agrees, describing how using this technology is “a very positive thing that we’re trying to do… that, personally, gets me very excited.” 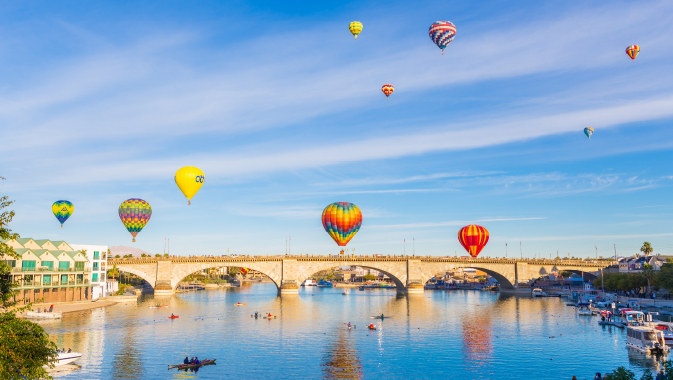