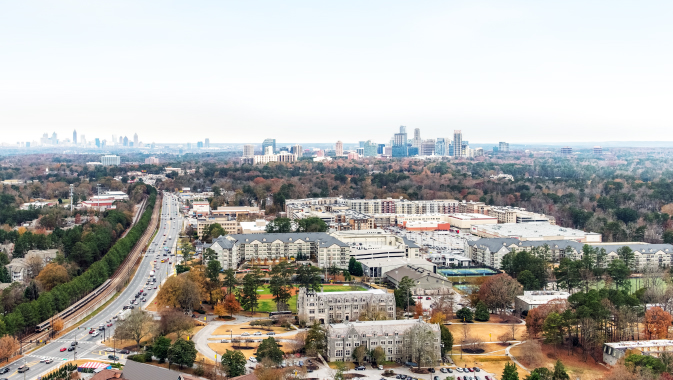 When delegates arrive in Brookhaven on September 12 for its first-ever developers’ day, they will find a superb location with excellent transportation links, an educated workforce whose average age is just thirty-four, national and international corporations happy to call this home, and a detailed economic development plan that is looking ahead to 2034.

Meet Brookhaven (population 53,518), a culturally-diverse, affluent community in the State of Georgia which has been ranked as the top state for doing business for the past five years by Site Selection magazine. Brookhaven was formerly known as North Atlanta. It was incorporated in 2012 and is located in western DeKalb County, just north of Atlanta’s downtown.

Mayor John Ernst, who won a landslide victory in 2015, refers to Brookhaven as ‘uburbia.’

“If people want to get downtown, they can do it easily with public transportation,” he explains, proudly referring to the Brookhaven-Oglethorpe Metropolitan Atlanta Rapid Transit Authority (MARTA) station, from which people can travel quickly to downtown Atlanta, as well as to the Hartsfield-Jackson Atlanta International Airport, twenty miles away.

The DeKalb Peachtree Airport, a busy general aviation airport where private planes and corporate jets land is on the border between Brookhaven and neighboring Chamblee. Brookhaven is also close to Interstates 85 and 285 and Georgia State Route 400.

“But,” continues Mayor Ernst, “if people want green space, they can have that too. We’re improving parks in a massive way because our master plan calls for that. Our goal is to be able to walk to a park in ten minutes from any part of the city.”

In the years that Ernst has been mayor, the city has purchased sixty-six acres of green space, including thirty forested acres. In December, Brookhaven held a groundbreaking ceremony for the Peachtree Creek Greenway, which he describes as a “world class multi-purpose trail providing transit solutions and recreational enjoyment, with amenities along the creek in the southern area of the city, connecting with the Atlanta BeltLine which is the number one area in Atlanta. We’re connecting rail transportation and the pedestrian and bicycle system throughout the region. We’re the lynchpin of the northeast corridor and far and away ahead of anyone else. Within two years of having a plan, we have started construction, and that is virtually unheard of in government.”

For real estate developers with the refrain of ‘location, location, location,’ Brookhaven certainly meets the criteria, but there is more. It has an educated workforce with an average age of thirty-four and more than sixty percent of the population holding at least one university degree.

“We’re a hot destination, and young people want to move here,” says Mayor Ernst. “We have a well-run and well-educated police force that understands cultural and personal differences, and we celebrate that. We are doing a good job of bringing in immigrants, and we keep trying to be better at it every year because they are a vital part of our city.”

The city has some very exciting developments. “Children’s Health Care of Atlanta is building a $1.5-billion hospital on the south side of Brookhaven, and it will be one of the premier children’s hospitals in the entire country, if not the world. Emory University purchased the adjacent Executive Park and created a master plan for another billion-dollar medical complex.”

The proposed Emory Healthcare plans call for a 140-bed inpatient hospital, a six-story apartment building that could be used by employees, and a hotel conference center. It will connect to the Children’s Health Care of Atlanta’s complex. It will also include walking trails and paths and take fifteen years to complete. “It’s going to bring a lot of high paying jobs, and I expect a lot of those workers are going to want to live in Brookhaven to avoid a long commute,” Mayor Ernst says, with an unmistakable note of pride in his voice.

The city is looking at the Brookhaven Development Authority to boost its economy further. This non-profit organization promotes trade, commerce, industry, and employment opportunities, and is governed by a six-member board of directors appointed and approved by the mayor and council.

Key to the success of the Brookhaven Development Authority is its first Executive Director Shirlynn Brownell, who was hired in April 2017. She brings a wealth of experience from her years at the Georgia Department of Economic Development, where in various roles, she recruited industry which generated hundreds of jobs and millions in investment state-wide.

“The first thing I did,” says Brownell, “was introduce myself to some of our existing industries and corporate clients to let them know they have a partner in us.”

Among those clients are AT&T Mobility, Verizon Telematics, The Weather Company, owned by IBM, Emory Orthopedics, Atlanta Hawks, cybersecurity firm Sysnet Global Solutions, and Children’s Healthcare of Atlanta, “so we have a lot of quality brands. They want open lines of communication when they need permitting or are in the middle of completing a development, so having one point of contact with the city, someone they know will call back and where they will get a response in a timely manner, is a big deal.”

Also high on Brownell’s list of tasks was planning. “The city now has a comprehensive plan that addresses everything from sidewalks to development vision. It answers the question, ‘what do we want the City to look like by 2034? What projects do we want to take on?’ So it’s step-by-step development. I think all cities should strive to have a guiding document that clearly defines where they’re going, and a Comprehensive Plan helps with that. When a business is assessing a community to determine if it will be a good fit for their expansion goals, comprehensive plans can help throughout the decision-making process.”

It is important, she believes, to be responsive to erroneous perceptions about the community. “We were under the impression that developers were shying away from the Buford Highway area, because of its proximity to the airport in Chamblee and because of what they believed was an FAA height constraint. So we conducted an air space analysis to determine once and for all whether or not our proximity to the busiest general aviation airport in the state was an asset. What the study showed was that there are no significant building height constraints along the Brookhaven portion of Buford Highway due to the airport. In fact, there are parts of Buford Highway where 80-story developments are possible form the perspective of FAA flight patterns. We are not encouraging that, and our zoning code doesn’t allow for that, but the study does signal to the development community that there is room for density on Buford Highway,” she says.

The Brookhaven Office of Economic Development offers a toolkit to businesses looking to relocate or to grow in the city, with four key components, beginning with location. The office will provide city tours, identify sites that meet requirements, and assist with expedited permitting and licensing.

The second component involves incentives, with Brownell drawing on her experience of working at the state level to be a one-stop shop assisting clients with access to incentives, including tax credits, in-kind assistance with recruitment and hiring, tax abatement, and specialized employee training at federal and state levels.

“We haven’t adopted an official incentives policy yet, but we do have a couple of nationally-renowned relocations and expansions under our belt that will serve as the blueprint for when we do adopt something formal. The authority to levy tax abatements is something that the Brookhaven Development Authority has. If a company or developer decides they want to be in the City, they may request a tax abatement. At that point, we would look at the future value of the project based on what they propose to build and number of jobs if appropriate. Based on that information, the City’s Development Authority Board can determine whether to offset some of that tax burden via an abatement. Not every project qualifies for a tax abatement, though. The Development Authority Board is always careful to evaluate and ensure the project is adding value to the City based on the criteria outlined in the City’s overall comprehensive plan.”

The third tool involves connections, another area in which Brownell shines. In terms of workforce recruitment, employers can be connected with Oglethorpe University, a private, four-year university in the heart of Brookhaven, where the most popular majors are biology, business, and psychology. There are also eleven other universities and colleges within a ten-mile radius, including Emory University, Georgia Institute of Technology, and Georgia State University.

Brownell also maintains connections with the Brookhaven Chamber of Commerce, Metro-Atlanta Chamber of Commerce, county economic development organization Decide DeKalb, and the Georgia Department of Economic Development. “Economic Development is a relationships-based industry, so already having many of those relationships established was extremely helpful when I came to work at the local level,” she says.

The fourth component is data. Businesses want to see a complete, updated community profile or a business profile can get the information they want quickly. Businesses can also access the City of Brookhaven Comprehensive Plan 2034, which documents the long-term vision for the city.

Brownell is currently organizing the City’s first ever developers’ day for September 12. “Part of my mission this year is to reintroduce the city to the development and commercial real estate world and the developers’ day event is an opportunity to show off our assets and to let developers and site selectors know we are open for business and development.”

“We’ll have a full day, which will include tours of existing businesses and Oglethorpe University. We’ve already sent out ‘save the date’ notices, and now we’re sending formal invitations. We’ve had some pretty good responses so far, and I’m expecting a good turnout. I’m looking forward to this being Economic Development’s premiere event.”

“We’re pushing the envelope on every front, trying to make our city better,” adds Mayor Ernst. “People want good schools, safe neighborhoods, green spaces, well-maintained streets and roads, cleanliness and order, and all the prerequisites for a good lifestyle. Sometimes cities get tripped up because they lack those basics when trying to attract developers. But developers can feel comfortable coming here, knowing the City of Brookhaven is an extremely well-run organization.” 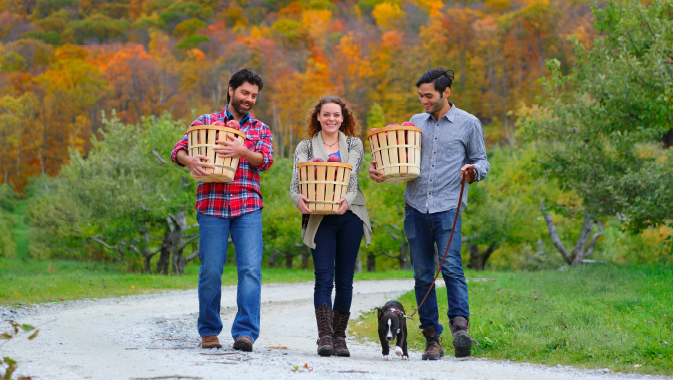