When it comes to public spending, taxpayers are concerned about value for money and rightly so. In a bid to serve its communities to the best of its ability, Rochester, New York-based Popli Design Group offers a lot more than this.

Popli Design Group’s reputation for consistency and first-class quality on projects has gained the respect of numerous public-sector clients throughout the fields of higher education, elementary and secondary schools, hospitals, nursing homes, and municipalities. It is no wonder then that it has enjoyed tremendous growth, especially over the past five years.

The company prides itself on investing in the latest technology like its high-definition laser scanning used during renovations. The technology prevents designers from clashing with existing building infrastructure, like pipes when planning upgrades.

“Our company is very technologically advanced. Things change so quickly, and we try to keep up with the latest tech that helps us do our jobs,” says Alan Wyffels, associate director of MEP engineering. The company executes more than fifty percent of its projects using Autodesk Revit’s building imagery modeling (BIM) software, which it has been using for around four years, and its capabilities are growing rapidly.

To serve its clients even better, the company also added a building division about ten years ago. “More and more people are beginning to see us a full-service architecture and engineering firm, rather than just a transportation engineering firm, [which is what we started out as,” says Bethany Mucci, marketing manager.

And is not only the Rochester, New York area that benefits from its service. The company has five other offices around New York State in Syracuse, Buffalo, Albany, Binghamton, and New York City. There are also offices in Iselin, New Jersey and Bonita Springs, Florida that take care of its projects in those areas.

Popli Design Group is particularly favored for adapting to its clients’ needs by applying the large portfolio of services it has developed over the past thirty-seven years. It also allows it to collaborate with various other firms. While it is often the main consultant on projects, it can also fulfill services for other consultants.

“We have relationships with just about every firm in upstate New York,” says Alan. This flexibility has spurred the exploration of smaller scale project delivery. “Our new energy commissioning services can be pretty seamlessly incorporated throughout an entire project. We are always on the lookout for new technology to enhance our clients’ experience,” says Chonghui Liu, professional engineer and team leader of energy services.

To illustrate, the company recently identified a great demand for more sustainable design and commissioning on its projects, which naturally led to implementing a commissioning department and adding improved energy services capabilities. This was when Chonghui Liu joined the company. Because of his experience in the field, Chonghui was hired with the express goal of expanding this part of the company, and the results are great.

“In the past ten years, market demands have been increasing in terms of energy codes and standards. New York State Governor Andrew Cuomo is committed to revolutionizing the state’s energy landscape. Several universities and other institutions are joining his mission, all with their own sustainability goals. Therefore, we have seen an increased energy market with a rise in energy-smart plumbing, energy auditing, and more,” he says.

The addition of Chonghui to the company has given it a strategic edge, as he is also a project subcommittee voting member of The American Society of Heating, Refrigerating, and Air-Conditioning Engineers (ASHRAE). This international group of experts is committed to improving heating, ventilation, air conditioning, and refrigeration systems, design, and construction. While the standard has been around since the seventies, it has now been adapted to comply with the International Energy Conservation Code.

“Part of my responsibility on the committee is to evaluate different technologies as they become available and mature so that we can put them into the mandatory code language to enable design engineers can use it,” Chonghui says. The next version of the code is about to be published in the coming months. According to Chonghui, it takes years for each code to be developed and agreed upon as it has to be compatible with the International Building Codes. “It is a big role, and I consider it a privilege to be able to serve on this committee,” Chonghui adds.

The company started from its president’s car in 1982. At the time, Om P. Popli, a transportation engineer and land surveyor, decided to follow the age-old advice of starting with what he had. In this case, what he had was a tripod and some survey equipment. The business grew steadily and was awarded its first prime contract in 1988 by the New York State Department of Transportation. It has never looked back.

Mr. Popli is a remarkable man who does not believe in following the norm, even when it comes to retirement. Instead, he prefers to be where the action is, coming into the office daily and doing what he does best: steering the Popli Design Group.

The company now employs over 130 people, twenty-two of whom make up its MEP and fire protection group around New York State. In addition, six teams are each led by a seasoned design engineer. Teams collaborate and interact to find solutions, generate fresh ideas, and act as quality controllers on each other’s jobs.

Another refreshing aspect of the company is the diverse range of ages. A fair number of its employees are younger people who really benefit from working in the field with experienced leaders. They are guided in areas that not many younger employees would have the opportunity to experience in larger companies.

This allows junior engineers to gain far more hands-on experience than they may otherwise have done, while they, in turn, also add value to projects with their fresh academic knowledge. This method stimulates career improvement and spurs young engineers’ confidence in their fields of expertise. This is also why junior engineers are included in project meetings and is just another way in which young professionals are groomed to become project engineers and team leaders one day.

“Our hierarchy is pretty flat. A lot of larger firms cannot offer this due to hierarchies that force people to rise through the ranks before they can participate on certain levels. We are very team-orientated here,” says Chonghui.

This approach has led to growth with a substantial increase in projects serving the educational and healthcare markets. It has also recently won the company several awards for its work on the Monroe Community College in Rochester, New York. While there have been many flagship projects over the years, Alan admits to really enjoying older building renovations best.

“A lot of these buildings are fifty years old or older. They have old technology that was based on old codes. In the last fifty years, technology has changed so much that, when we redesign a building, we implement new technology and new codes. The energy savings and improved control are phenomenal,” he says.

New, intelligent ventilation systems are especially very popular. “We get a lot of positive feedback on the enhanced health of the people inside these buildings,” he says. One such a project of which the company is particularly proud is the renovation of Prentice Hall, the dining hall at the State University of New York in Cobleskill. The unit’s energy system was redesigned, new controls were installed, and now, even the outside air that enters the building is monitored and controlled to match the needs of its occupants perfectly.

East High School in Rochester, New York is another older building that was updated. Here, the obstacle was to complete the design and construction in phases, as the school had to remain functional throughout the project. “Time and budget did not allow us to do a complete system replacement. So, we did an upgrade that brought it into accordance with modern codes and ventilation requirements. That was a real challenge as the original system was never designed to function in this way. We had to be really innovative here,” says Alan. The company continues to provide the commissioning services for the MEP systems on this large modernization project, with around ten schools in the Rochester school district being upgraded in two phases.

And the list goes on. The company was also responsible for the design of some of New York State’s eleven new welcome centers. One of these features a state-of-the-art geothermal heat pump system that draws heat from the earth to warm the building. It uses a refrigeration cycle to heat glycol, a carbon-containing compound related to alcohol. The liquid is forced through subterranean, tubular loops, running into eight vertical wells around 250 feet deep. Here, it is heated by the earth, rises back up to the surface, and is boosted through a heat pump that warms the building.

Judging by its love of forward-thinking design, this is a company with an exciting future. Its next goal is to offer self-sustaining building energy systems. The company will soon outfit buildings to generate enough power to prevent drawing energy from the main grid.

“We’re continuously evolving our offering. So, moving forward, we will be led by new technology. There is a big push toward renewable energy, and even the future of plumbing design is being driven by technology. I definitely see low-carbon-footprint design growing,” says Alan.

The need for commissioning is also expected to increase due to more demand for energy efficiency. Popli Design Group is especially excited about expanding its projects with the rest of its services like commissioning. 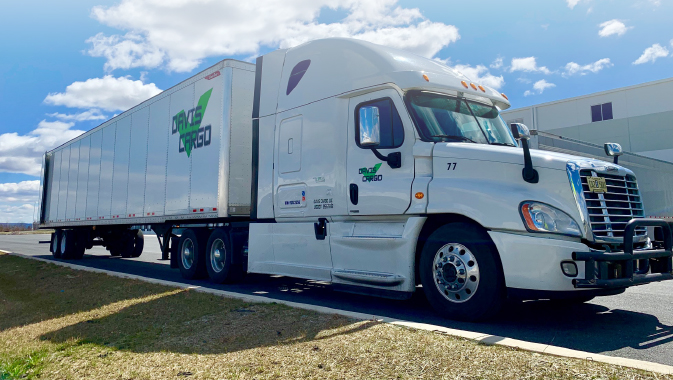 Making a Name for Itself by Making a Difference